As part of my voyage of the heart to heal from the sudden loss of my mother, Grace, I headed far afield to Brazil, a country she loved wholeheartedly yet never visited. During my mission to forget her passing, I encountered many a reminder of her aliveness, the dishes she cooked, and the tales she told of the place she was born: Nigeria.

I arrived in time for Rio Carnival, which promised samba, pulsating revelry, and splashes of glitter. But the world’s grandest street party also brought me closer to a dish that defined my childhood. Feijoada — greasy, delightful black bean stew — ferried me right back to my mother’s rumbling African kitchen. 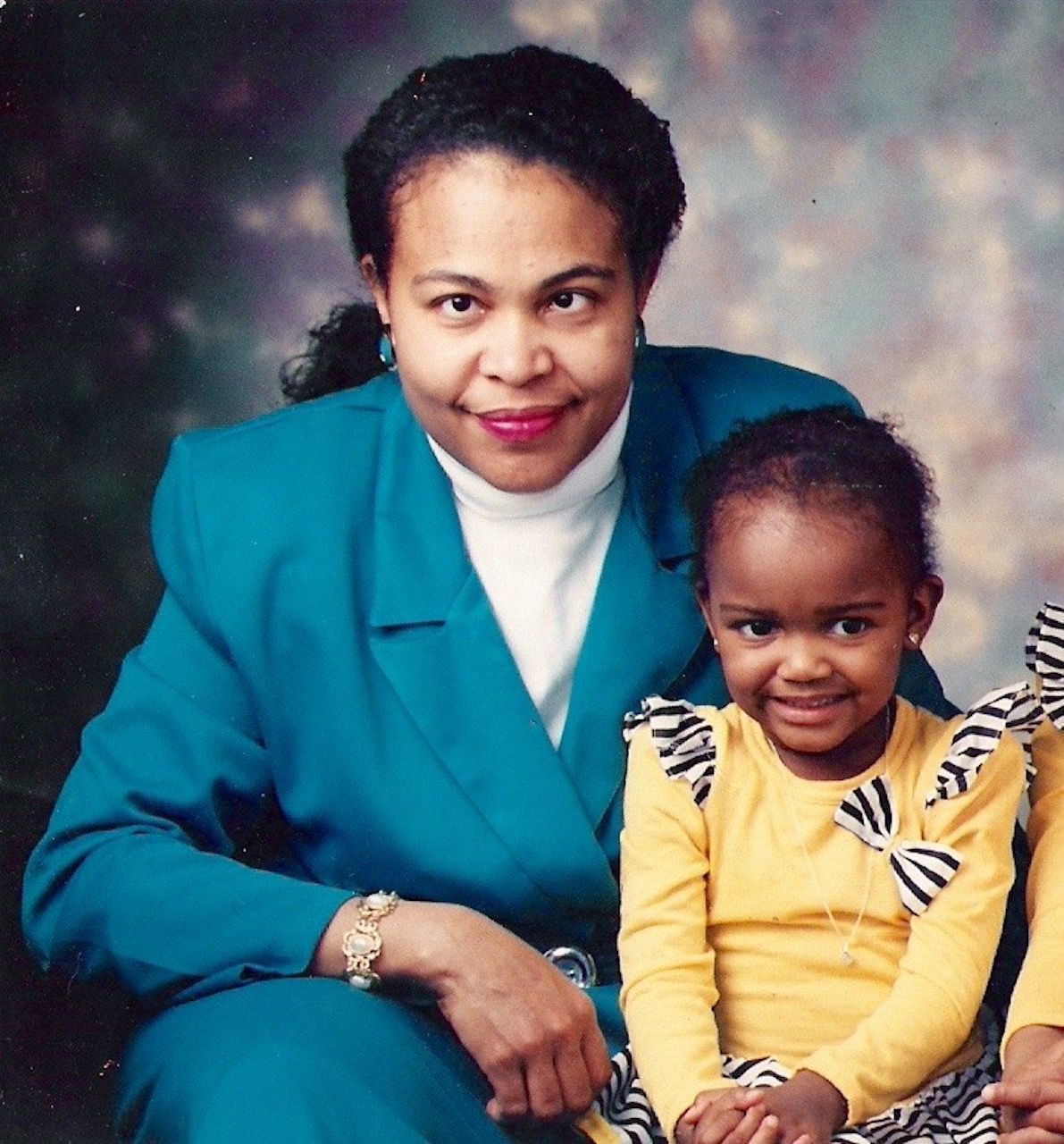 Feijoada is Brazil’s national dish. This hearty bean stew is typically made with the most undesirable cuts of meat: pig ears, tongue, snout, tails, and trotters. It’s served with white rice and vegetables and lovingly prepared over many hours. Beans are soaked. Meat is prepared. Garlic is chopped. The result is a symphony of textures and aromatic brilliance that’s strikingly familiar to the rice and beans my Nigerian mother often prepared at home. Feijoada is also topped with toasted cassava or farofa, which is comparable to garri, a dietary staple in Nigeria.

When you peel back the layers of Brazilian cuisine, you’ll uncover Portuguese, Spanish, German, Japanese, and African influences. When Africans were brought to Brazil as slaves in the 1500s, they took their cooking traditions and ingredients along with them, from dendê (palm oil), coconut milk, and banana to chili peppers, smoked and dried fish, and quiabo (okra). 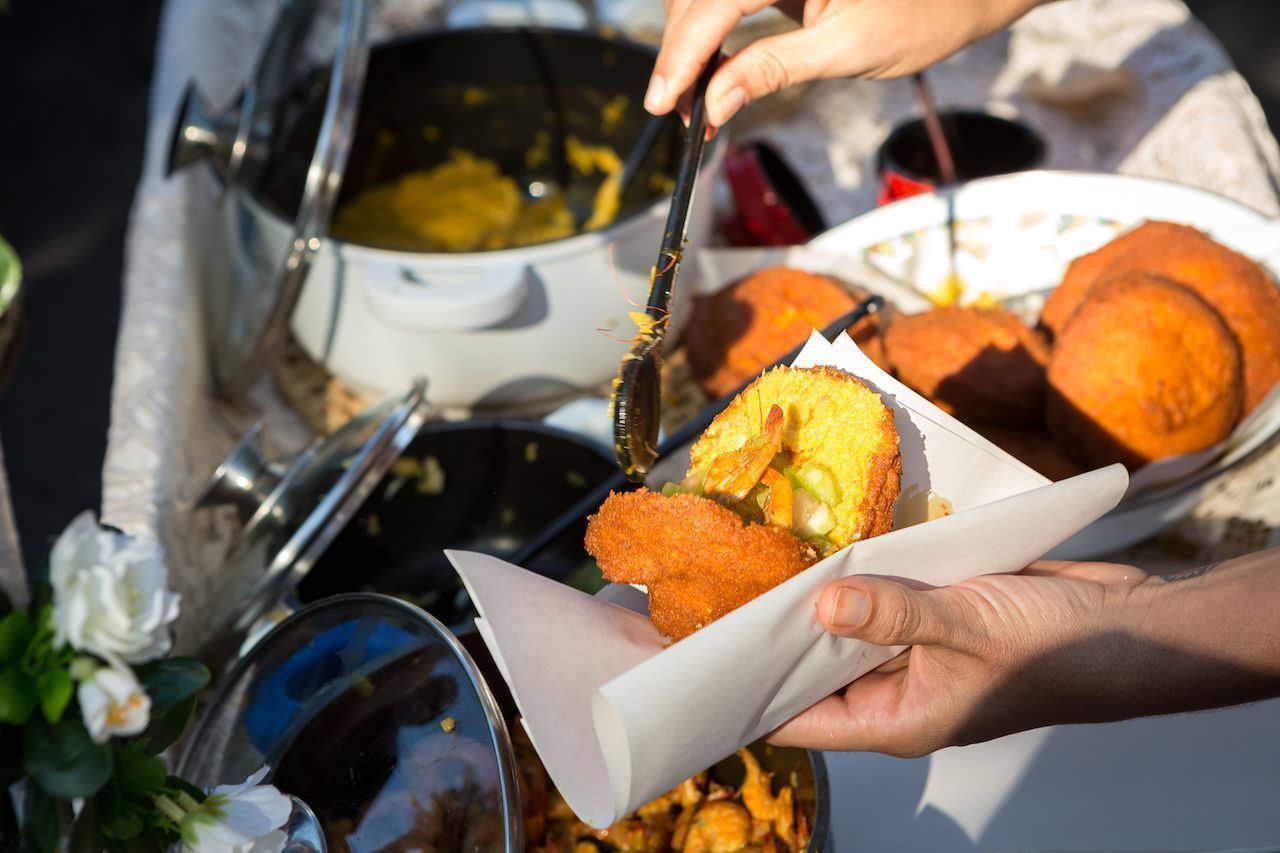 These fried fritters were often the stars of my food daydreams growing up, and I’d beg my mother to make them on weekends when she wasn’t working. I’d drool over them even while clasping them in my oil-glazed fingers. My time in Brazil would unearth an encyclopedia of Nigerian culinary flavors that were already familiar to me. Traveling to the cidade maravilhosa just as carnival cast its spell turned out to be more of a homecoming than I imagined.

I had traveled to Rio de Janeiro solo though I learned that a fellow nomad by the name of Erez would also be celebrating there at the same time. Erez, a jovial Israeli with a penchant for large feather hats, chose Rio Carnival’s Sergeant Pepper block party as our initial meeting point. This turned out to be a serendipitous choice: My mother was slightly raving mad about The Beatles.

I was trying to run away from it, but Grace’s spirit was everywhere: in the food, in the music, and in the warmth of the people I met. Farofa-covered sausage in one hand and a can of Antarctica beer in the other, I danced and felt tears of joy welling up. The band played a peculiar samba version of “Hey Jude,” her favorite song, and tears of joy and sadness wet my cheeks. Perhaps the song concealed a message from my mother: “The minute you let her under your skin, then you begin to make it better.” Maybe I was right where I needed to be and needed to feel my way through my sadness at one of the most jubilant celebrations in the world. 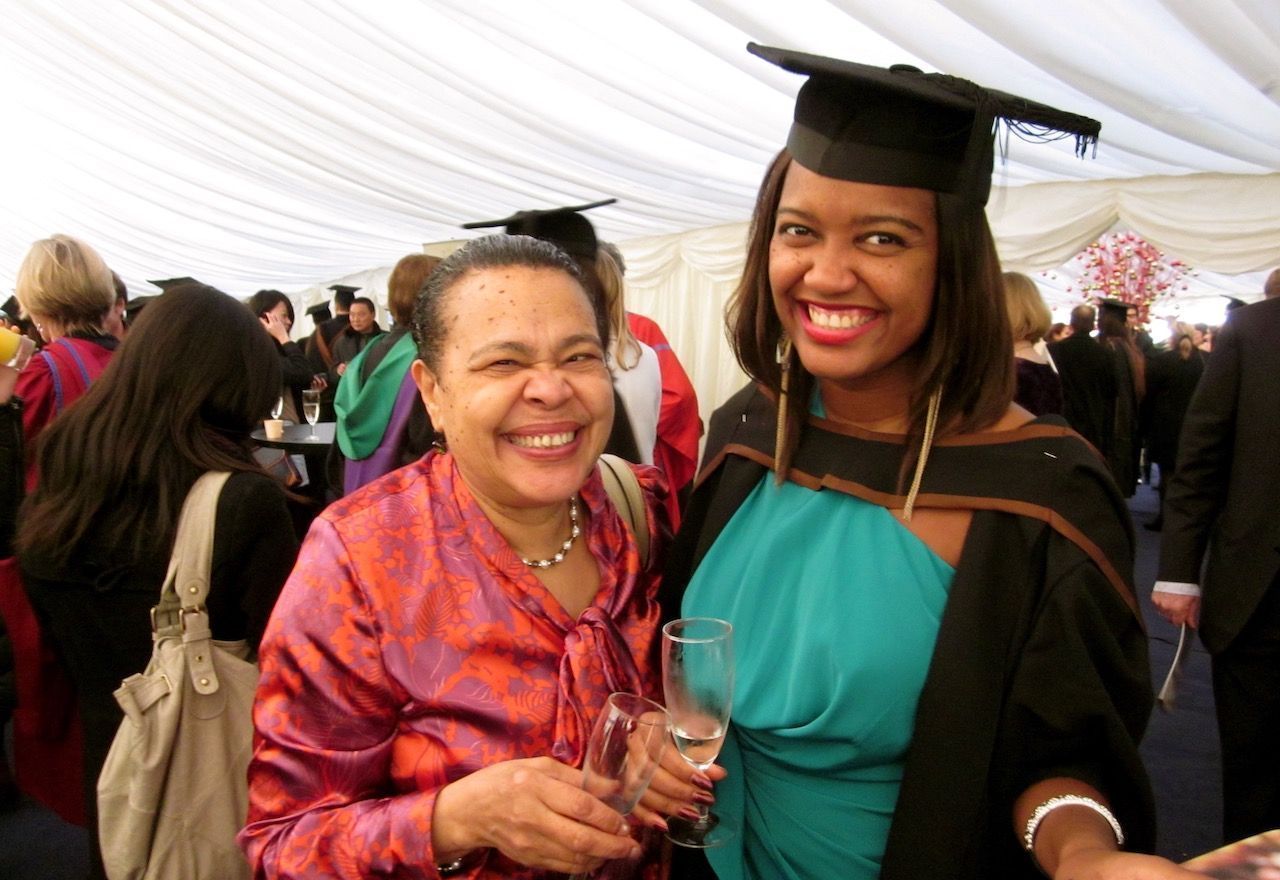 Many of the widely held perceptions of Brazilian culture are synonymous with my mother’s character: boisterous warmth, fondness of a good party, and joie de vivre. Growing up, the sounds of bossa nova, Seu Jorge, and Kaoma’s “Lambada” regularly infiltrated our home, and we celebrated several of her birthdays at churrascarias, Brazilian barbecue restaurants. Through food, music, and dance, I learned how to be her daughter.

Grace would have adored tucking into Afro-Brazilian dishes such as caruru, in which okra, palm oil, and dried shrimp are its star ingredients. She’d be surprised to find our beloved mandioca frita (fried cassava) available as a snack, purchasable under Lapa’s arches or as street food at one of Rio’s beaches.

Amid the backdrop of Rio’s celebrated carnival, I found great comfort. Brazil gave me a fresh stream of ways to enjoy my mother and relive our old memories despite the painful permanence of our inability to create new ones. She may no longer be able to make my favorite Nigerian comfort food, but I can take comfort in the knowledge that I can find it in Brazil.

Food + DrinkBahia Is the Best Place To Eat in Brazil. Here Are 9 Dishes That Prove It.
Tagged
Food + Drink Narrative
What did you think of this story?
Meh
Good
Awesome