Brazil is a vast country with a diverse food scene. You can find mouthwatering cheesy fried snacks as easily as sweet and fruity desserts, and it’s impossible to miss the many (many) Brazilian cassava-based dishes. But for the best food in Brazil’s 27 states, Bahia in the northeast stands out as a must-visit for food lovers.

Founded around 500 years ago by Portuguese settlers, Salvador was Brazil’s first capital and is still the capital of Bahia. Its large port made the city a center for the slave trade and sugarcane market. Today, the region is an important center for the country’s Afro-Brazilian population. African and European cultures mix in religion, art, and music. This diversity is especially evident in the dishes prepared and enjoyed in the noisy, chaotic, and wildly vibrant city of Salvador.

Salvador’s cuisine shares the history of the people and ingredients that came to settle in the city. Local ingredients, a mix of global flavors, and a strong culinary tradition make Bahian cuisine particularly memorable.

There are a few important things to know before diving into a plate of Bahian food, known around the country as some of Brazil’s best cuisine. Azeite de dendê, red palm oil, is an essential ingredient in many iconic Bahian dishes. It has a distinct flavor and texture and can be hard to digest if you’re not accustomed. Pimienta malagueta, malagueta pepper, is a chili popular in Brazil as well as some Caribbean and African countries. If you’re missing the spice in many traditional Brazilian dishes, head to Bahia and this chili will fire you up. Salvador’s seaside location also makes it the perfect place to sample delicacies from the ocean.

Here’s what not to miss in the heart and stomach of Brazil. 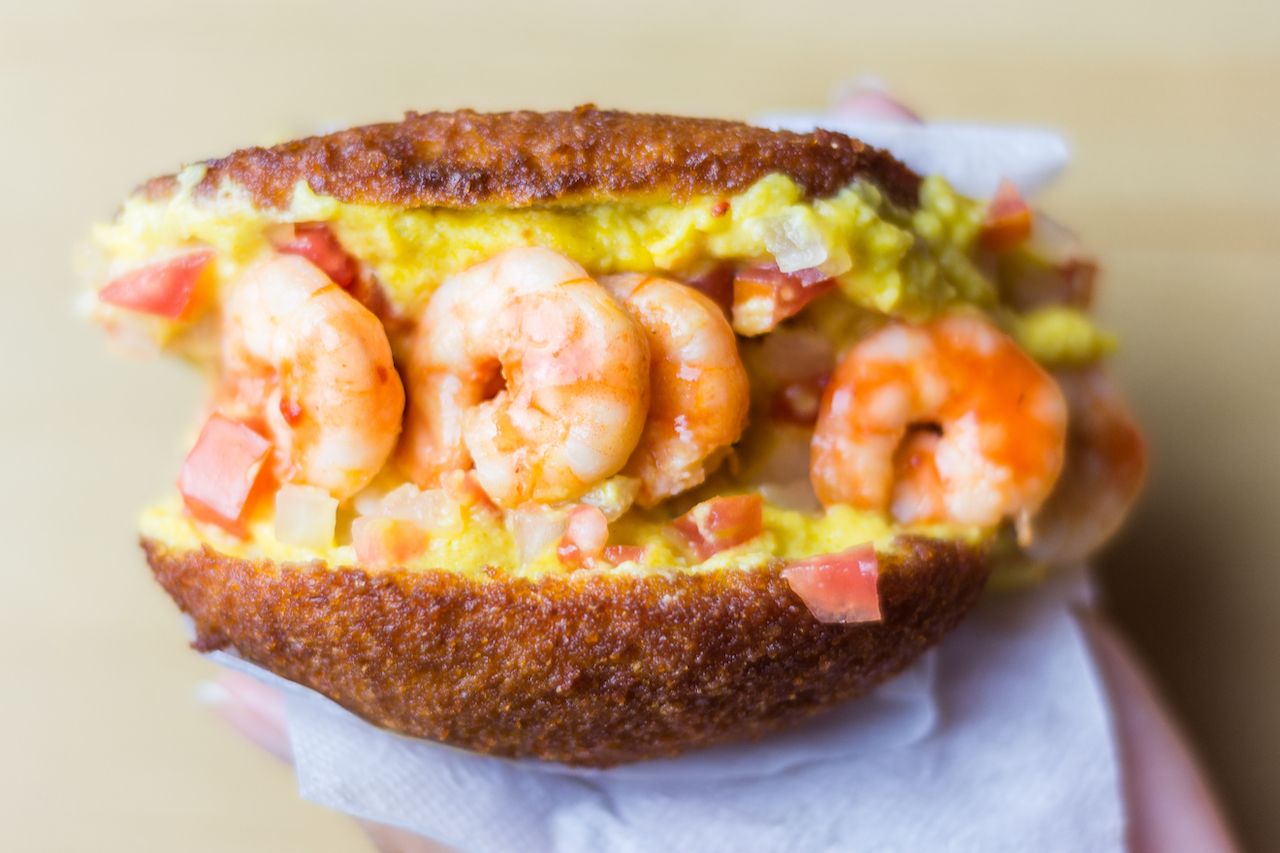 No talk about Bahian food is complete without the inclusion of acarajé, a street dish officially declared part of Brazil’s cultural heritage in 2017. When slavery was legal in the country, acarajé was an important source of income for the Afro-Brazilian women who sold it and were allowed to keep a portion of the profit. It’s still sold by baianas, Bahian women who dress in traditional white attire. Besides being culturally and historically significant, acarajé is also an offering to the deity Iansã in the Afro-Brazilian religion Candomblé.

Popular among tourists and locals alike, acarajé is made from a ball of mashed black-eyed peas that’s deep-fried in dendê oil. It’s served with vatapá, a paste made from coconut milk, ginger, nuts, and dendê oil. Always opt for the extra shrimp and condiments, a mixture of diced vegetables and seasonings called caruru. An alternate preparation is abara, where the ball of peas is boiled rather than fried. 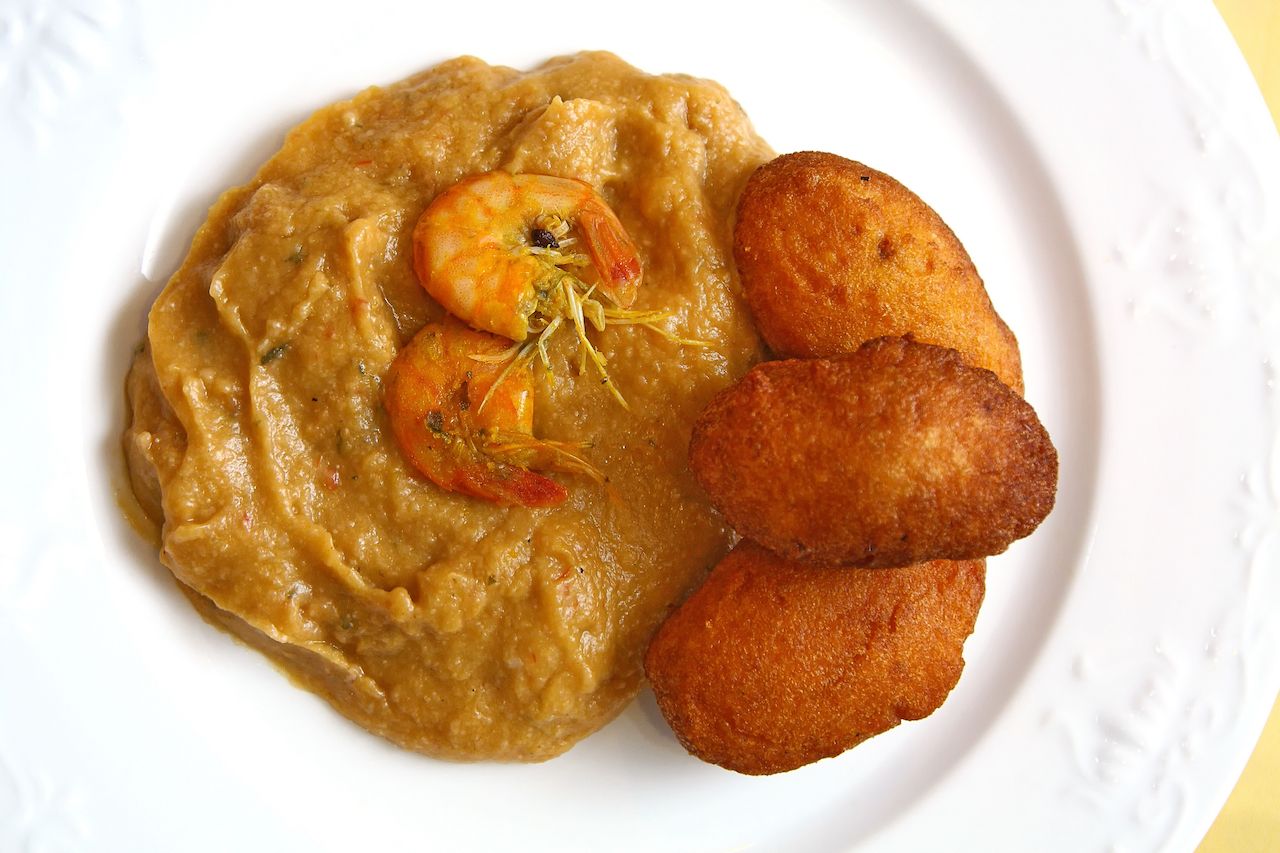 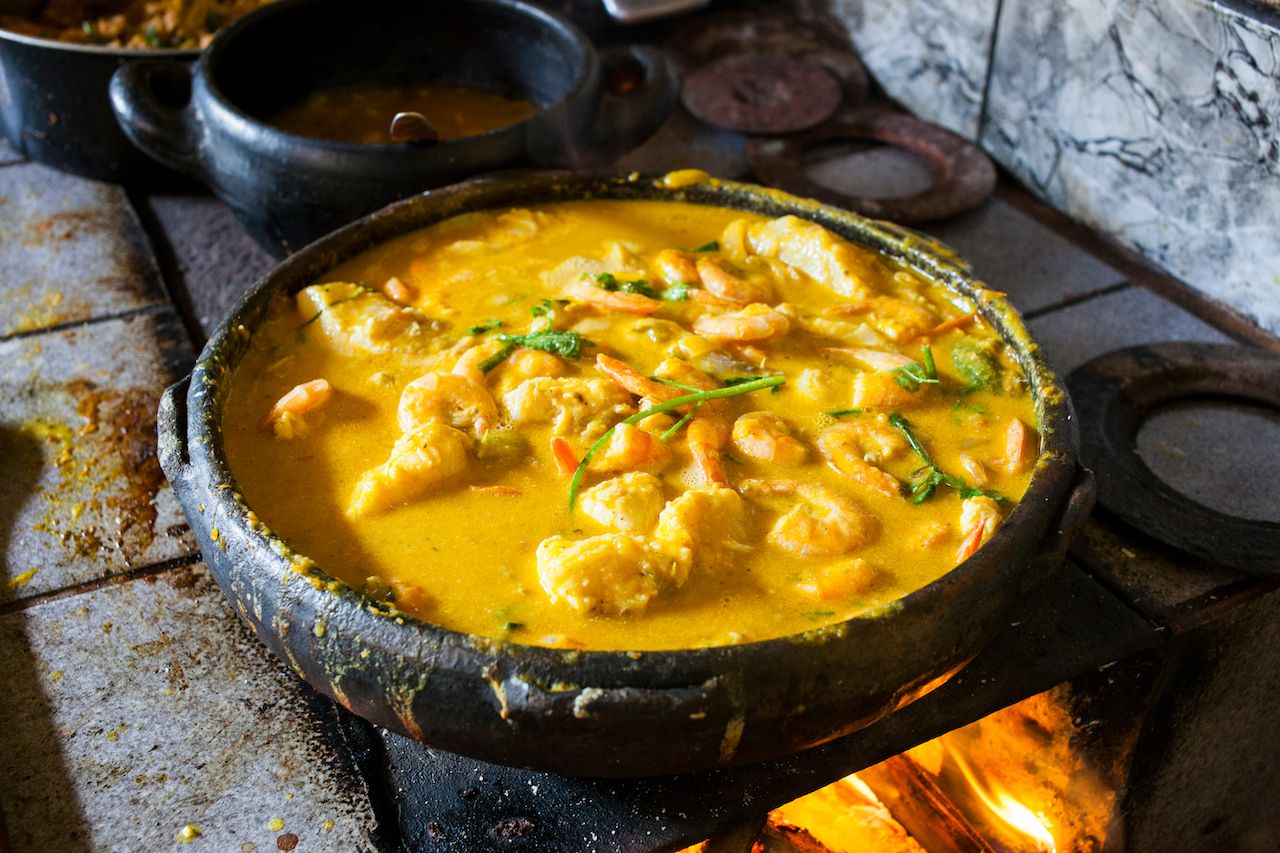 At the top of many travelers’ list of foods to try in Salvador, moqueca is a seafood stew made from coconut milk, peppers, tomatoes, cilantro, ginger, garlic, spices, and dendê oil. Slow-cooked in a clay pan with local fish or prawns, moqueca is usually served with rice and other accompaniments such as farofa, a seasoned mixture made from toasted cassava root. It’s best enjoyed in one of the seaside neighborhoods along Salvador’s coastline. 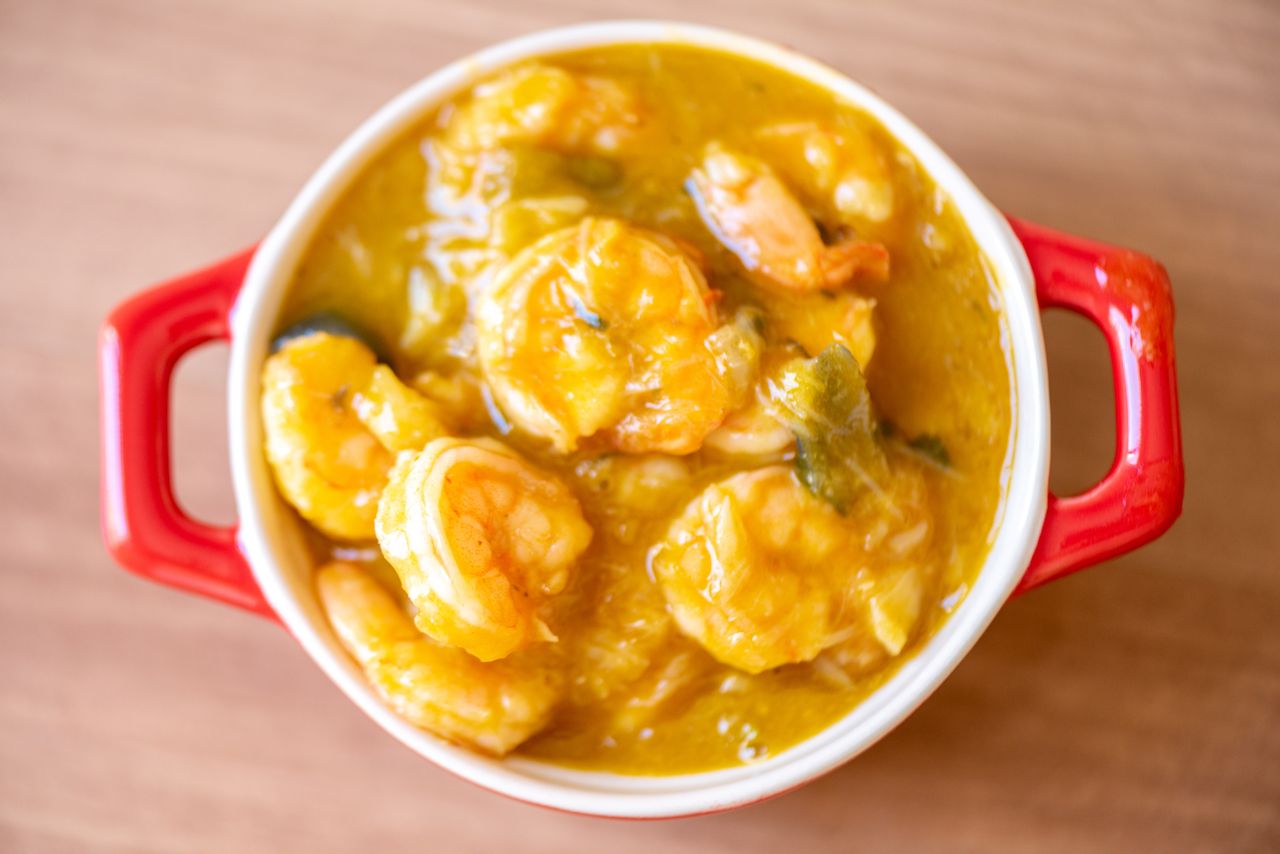 Bobó de camarão (also sometimes referred to as shrimp bobó in English) is a shrimp chowder that’s similar to moqueca and the West African dish ipetê. Bobó de camarão is made with a base of pureed cassava. Shrimp, coconut milk, dendê oil, and cilantro are added to the stew, giving it a creamy texture. It’s served with the usual sides of rice and farofa. 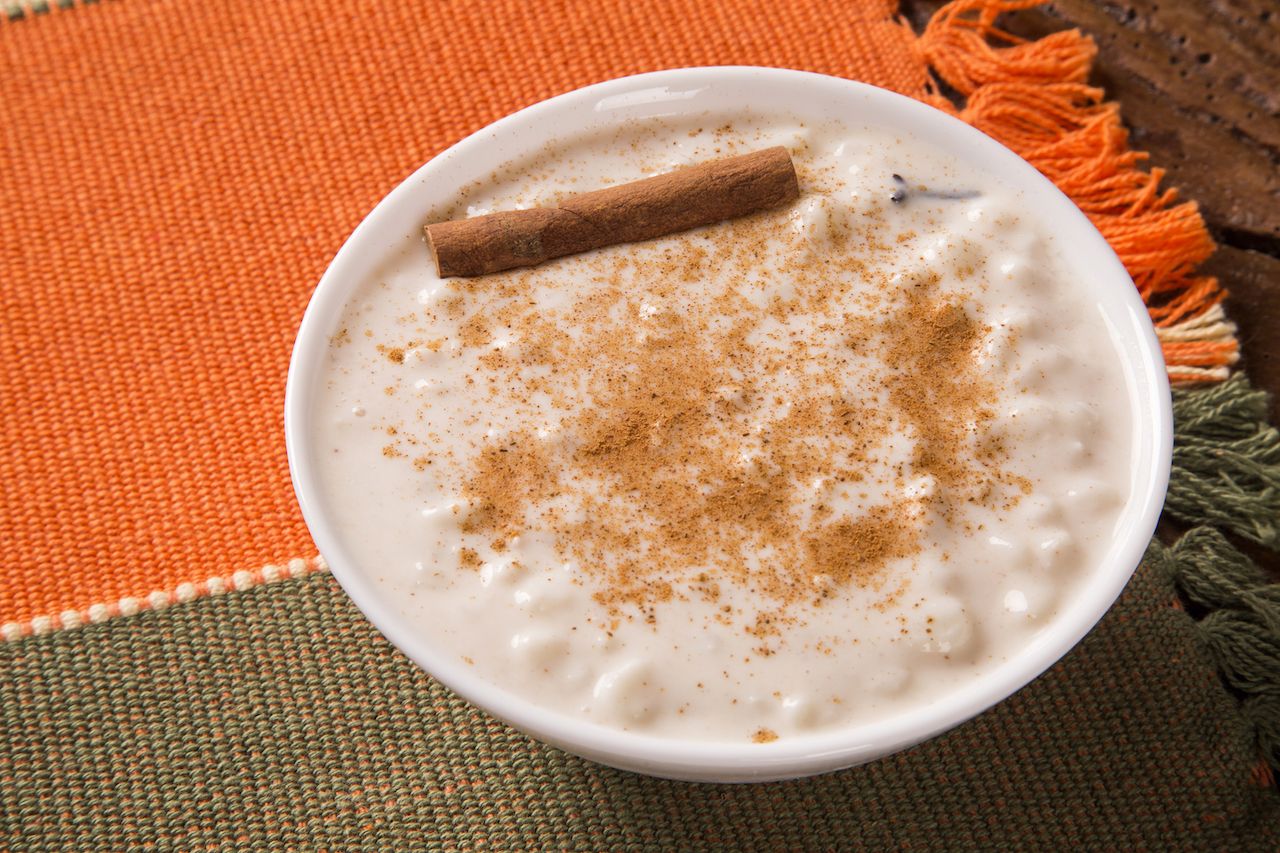 A favorite during winter celebrations, mungunzá (also known as canjica in southern Brazil) is a porridge made from white corn cooked in coconut or cow milk. It’s traditionally sweetened with sugar and seasoned with cinnamon. Common additions are cloves and condensed milk. 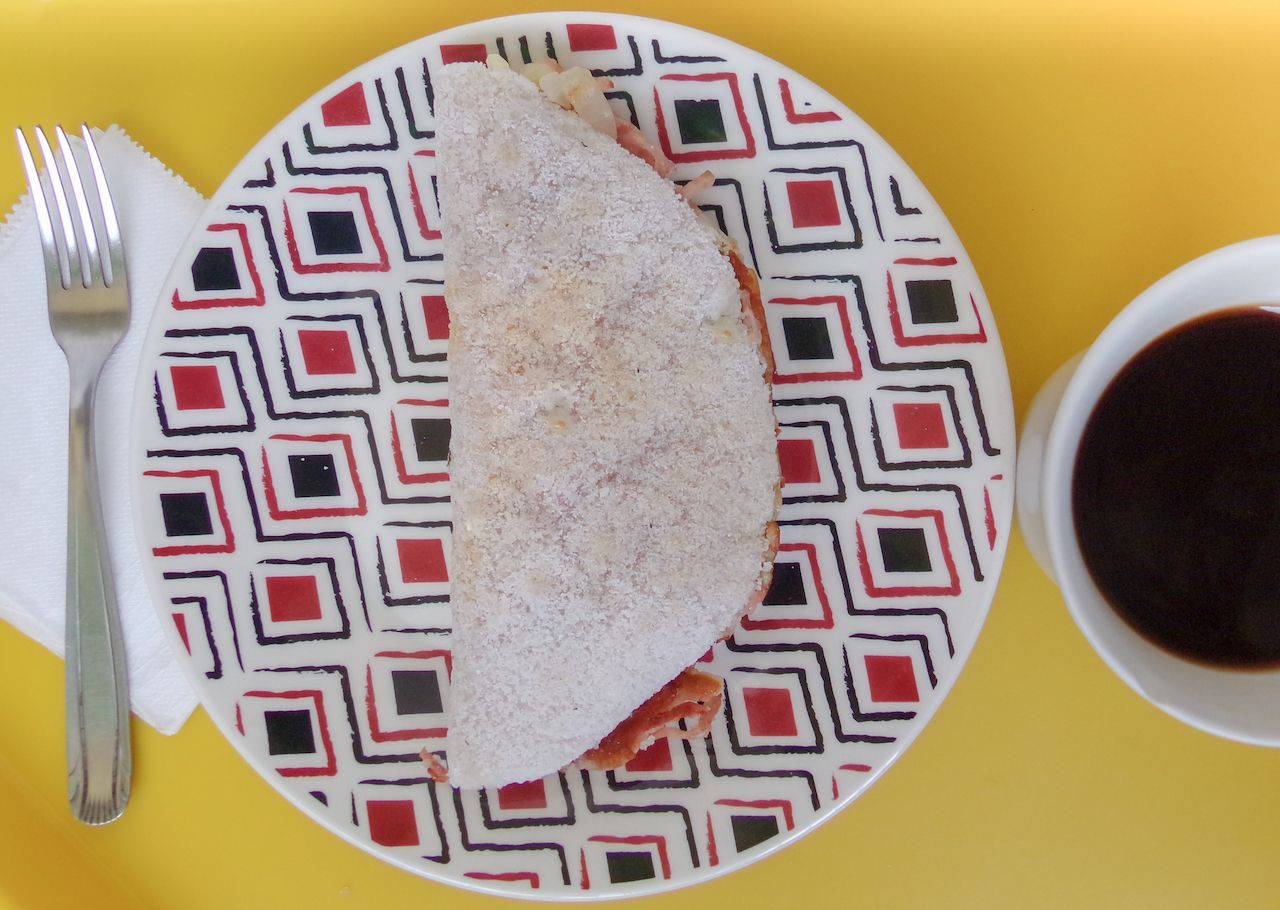 Beiju (also known as tapioca) is a grainy crepe-like flatbread. It’s made with cassava starch that’s first moistened, passed through a sieve as a coarse flour, and then sprinkled on a hot pan. The heat makes the starch bind together. Beiju can be buttered for breakfast or filled with sweet or savory ingredients as a snack. Some favorites are coconut, carne do sol (sun cured meat), and Romeu e Julieta (guava paste and cheese). Lines of hungry customers can be found at stands all over Rio Vermehlo, a popular seaside neighborhood. 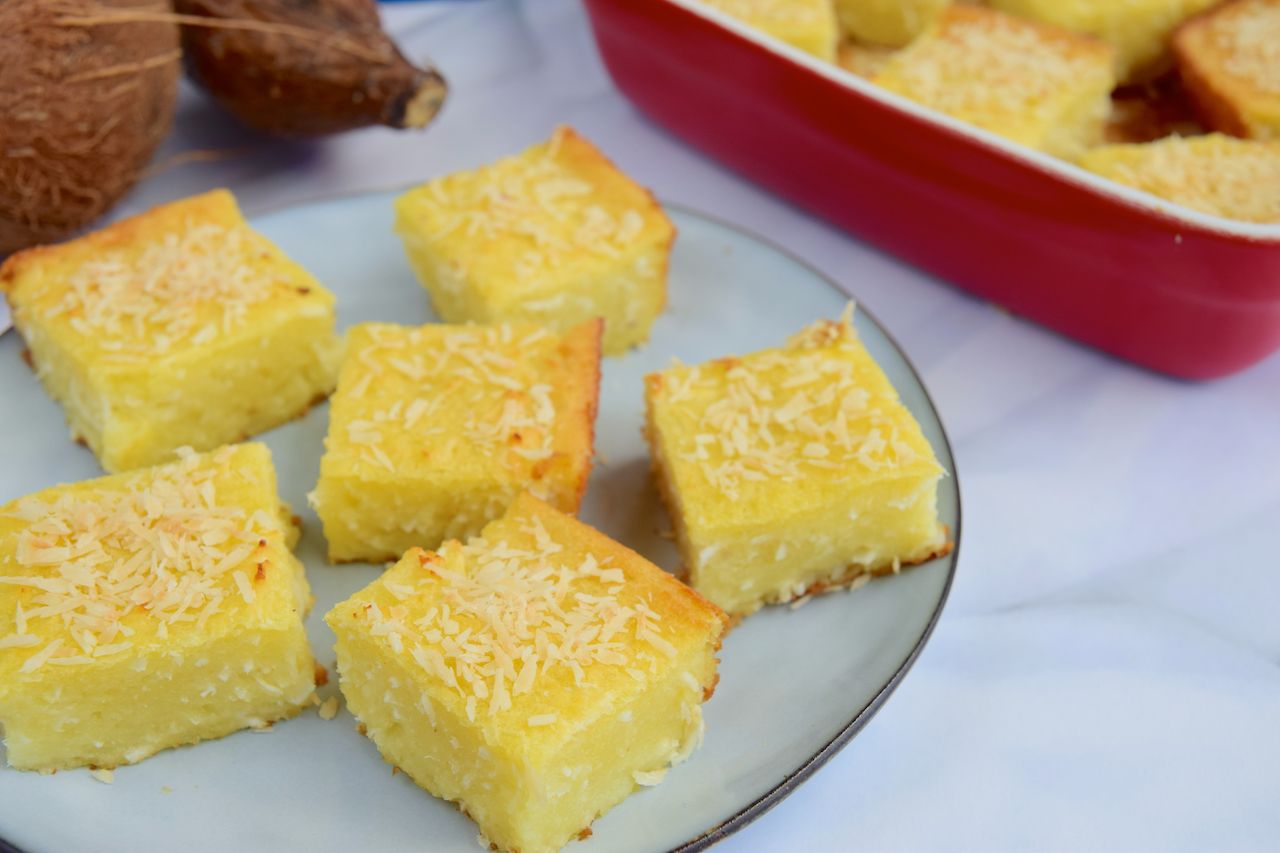 Cake for breakfast is not uncommon in Salvador. Bolo de aipim (cassava cake) is a dense and sweet cake made from grated cassava root that’s sweetened with shredded coconut and sugar. It’s sold by street vendors, supermarkets, bakeries, and cafes, and is often present during winter celebrations. 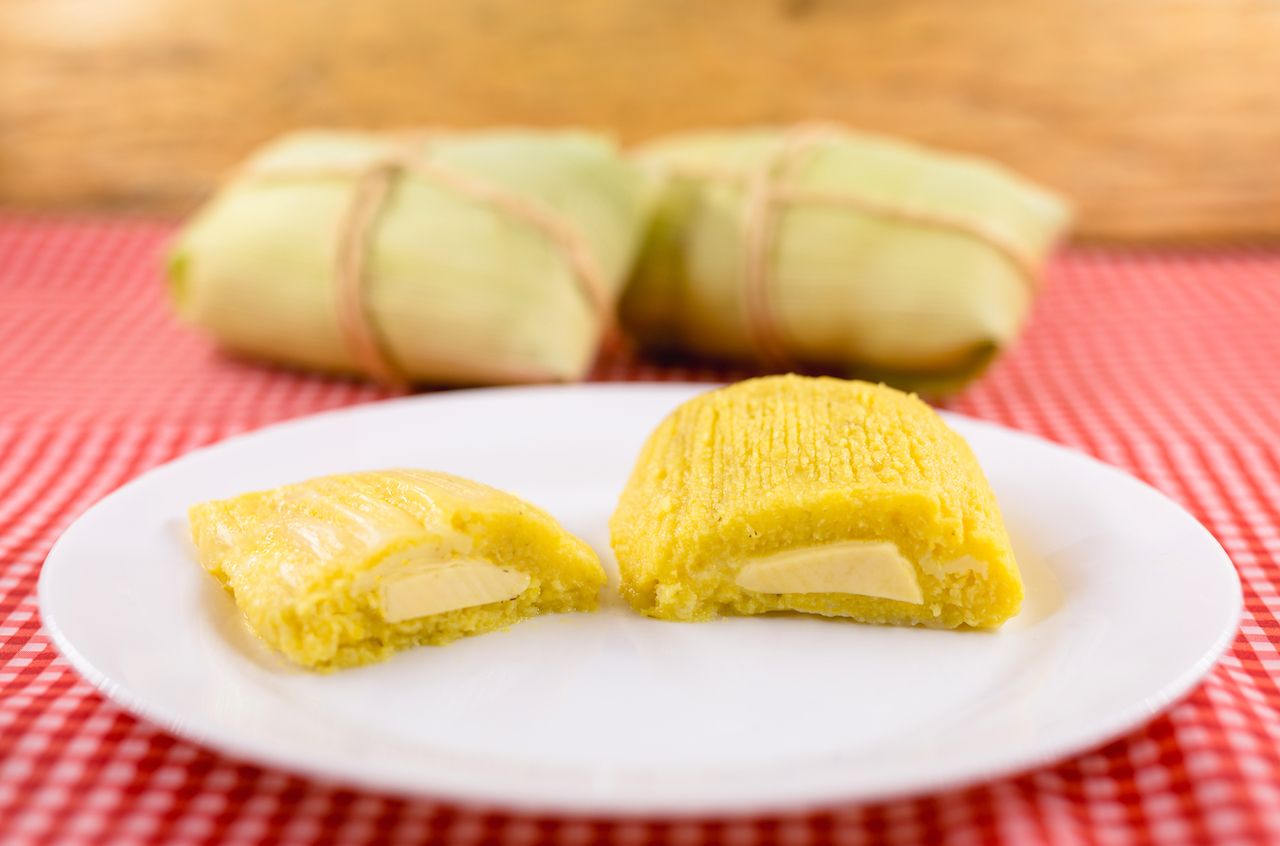 Variations of pamonha, a sweet corn paste wrapped and boiled in a corn husk, are found across Latin America. Think tamales, but with a Brazillian twist. Pamonhas are made both sweet and savory. For the former, coconut is a common sweetener, while savory pamonhas are filled with cheese, pork, chicken, or peppers. Easy to find at street stands and small snack bars known as lanchonetes, pamonhas always hit the spot. 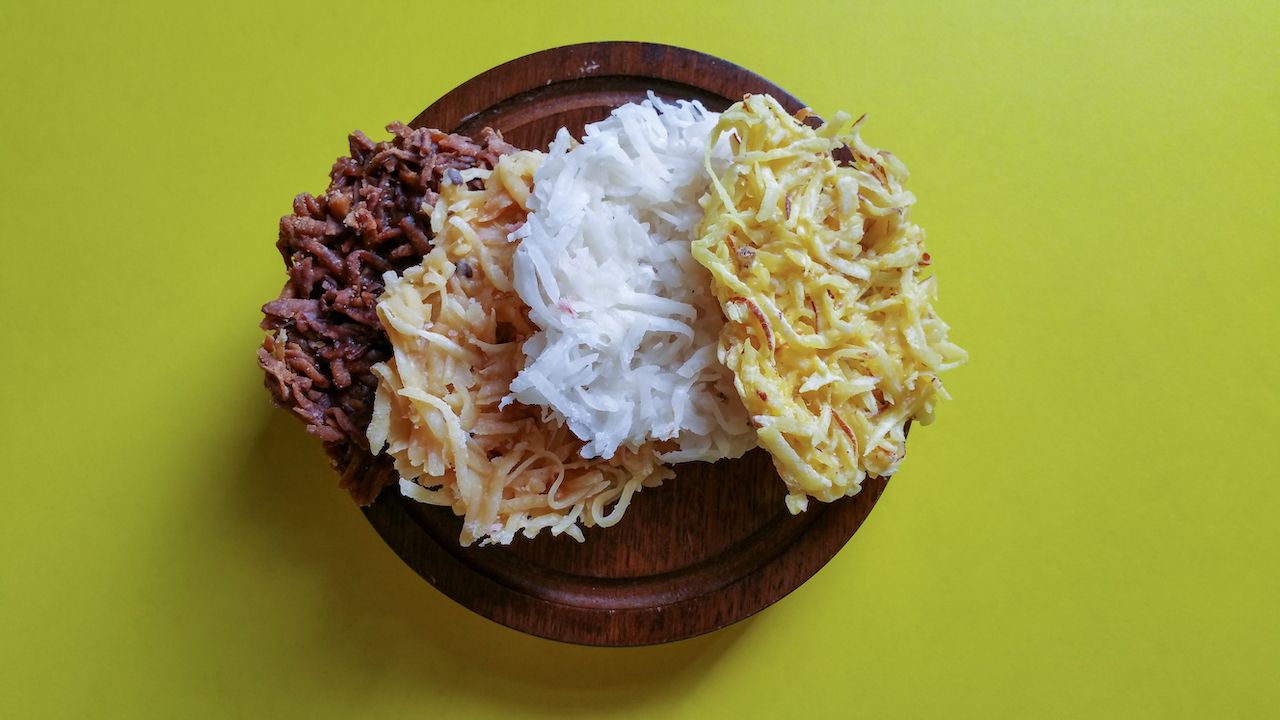 Cocadas will surely satisfy, or possibly overwhelm, even the most extreme sweet tooth. The bars are made from condensed milk, sugar, and vanilla that’s covered in grated coconut. Cocadas are easily found at street vendors and bakeries around Bahia. Variations include the addition of toasted coconut, doce de leite (a sweet made from condensed milk that’s similar to caramel), and chopped nuts.

Food + Drink10 Mouthwatering Cheesy, Fried, and Savory Snacks From Brazil
Tagged
Food + Drink
What did you think of this story?
Meh
Good
Awesome

The 10 Best Venues and Shows in Salvador, Bahia, Brazil

Best Places To Study in Brazil