The base of Mexican street food is the diet of the Ts: tortillas, tacos, tortas, tlayudas, tostadas, and tamales. The T diet is something I’ve heard more than once and something you’ll also hear and experience if you stay in Mexico City, Oaxaca, and other parts of Mexico for long enough. And among those many Ts you’ll find the torta de tamal, sometimes called guajolota, which is a magical combination of bolillo (a short French bread also called pan frances in some parts of Mexico) and tamales. Alongside with your chocolatito, a hot chocolate beverage, it’s the perfect to-go breakfast.

Whether you’re in a rush or are just craving a good breakfast, you can always find a torta de tamal in a city’s zócalo (main plaza). More often than not, you’ll find more than one vendor with a crowd of people circling the cart.

The torta de tamal is an artful food. It’s simple, but each key ingredient plays an important role. First, there’s the bolillo, which looks like a shortened loaf of French bread. Then there’s the tamal inside, made from masa (dough made from corn flour) that’s stuffed with meat or vegetables. The filling can be mole, rajas, green or red chile, chicken, beef, pork, or any combination of those ingredients. By some accounts, there are over 500 types of tamales in Mexico, varying in taste and how they are prepared from region to region throughout the country.

The description of a torta de tamal might lead you to believe that it’s dry. After all, the key ingredients are masa and bread. But because of the juices inside the tamal, and because sometimes the tamalero (someone who sells tamales) puts the bread in the hot container of tamales for a few seconds so the steam softens the bread, this doesn’t happen. Plus there’s that soul-warming chocolatito on the side.

How tamales became a part of Mexican culture

Both the chocolatito and tamal are foods with pre-Hispanic origins. Tamales date back to Mesoamerican cultures throughout Mexico and Central America, including the Maya and Mexica cultures as the magazine Arquelogía Mexicana writes in a definitive history of the tamal. Tamales are wrapped with either corn husks or banana leaves to keep the ingredients together as it cooks, hence the origin of the word, which comes from tamalli, which means “wrapped” in Náhuatl. Early tamales were as varied as the cultures that made them. Indigenous groups on the coast of Oaxaca, for example, made tamales with shrimp, acuyo leaves, and pepita seeds. 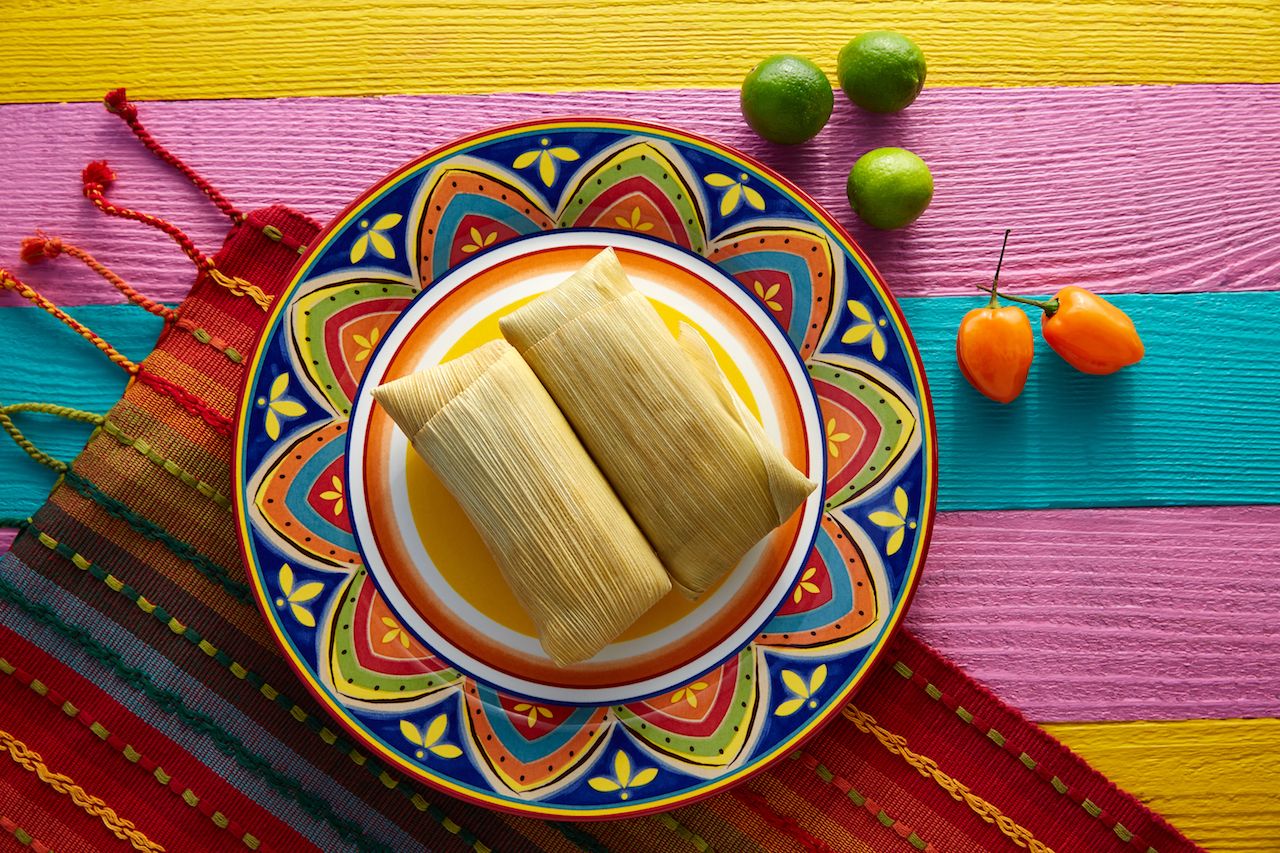 The earlier versions of tamales were a bit different from what we’re used to seeing today. Early versions were much more simple — and, likely, less tasty. Over time as other cultures influenced ingredients, the tamale mixed with lard and pork instead of primarily vegetables. The fat and meat added flavor, but the earlier versions were likely healthier.

Just like today, tamales were made for holidays and festivities as well as for sustenance.

How the tamal joined with the torta

The mix of starch-on-starch can seem like a bit of an out-there concept, but it’s been a common food tradition for on-the-go meals around the world. Consider po’ boys in the US, for example, or vada pav in India.

It’s not exactly clear when bread was first added to tamales other than the fact that it came from European colonizers. Mexican food is a conglomerate of flavors, spices, and ingredients, like tacos al pastor from Middle Eastern shawarma cooking or the use of flour tortillas in northern Mexico near the US border.

And of course, there’s the convenience factor that comes from putting the tamale between bread. Unlike a burrito or taco where the vessel is edible, tamales are steamed inside corn husks and can’t easily be consumed on-the-go. Add bread to the mix? Problem solved.

It’s likely that torta de tamales came about to satisfy a working class short on time and money and in need of dense calories. Torta de tamales are filling, cheap, and ubiquitous. They won’t, for the most part, throw you for a loop in terms of flavor, but they will get the job done without too much thought.

The best part of the tamal is its versatility, and few things show that like the torta de tamal. Tamales take time and hard work to prepare. Its presentation has changed over time, but it continues to be very present in Mexican culture, and you should try a tamal sandwich at the first chance you have.

Best places to eat in Mexico City
Tagged
Food + Drink Mexico
What did you think of this story?
Meh
Good
Awesome