In most cities around the world, if you need fresh bread you probably just grab a loaf at the local supermarket along with all your other groceries. In Paris, bread isn’t a mere grocery item; it’s a culinary treat that local bread-makers take great pride in perfecting. Going out of your way for a baguette from your favorite boulangerie is commonplace in Paris, and it speaks to the importance of good bread in French culture. Getting lost in a sea of boulangeries is common in Paris, but you don’t have to drift aimlessly. Whether it’s a shop that offers delectable gluten-free breads that are indistinguishable from the real thing or an award-winning local staple that is the official bread supplier to President Macron, these are the Paris boulangeries you should have on your radar. 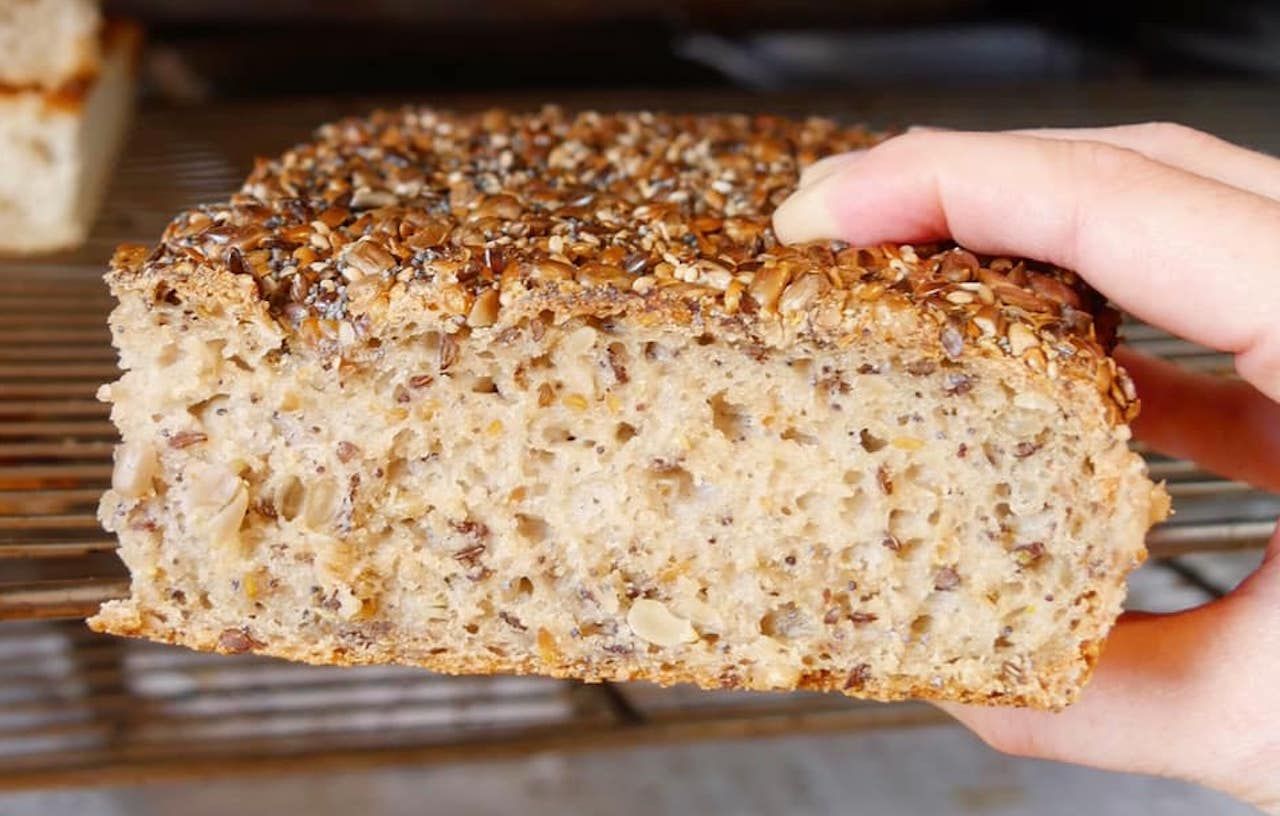 Gluten-free dishes tend to get a bad rap, often viewed as uninspired, flavorless versions of the original. But times are changing on that front as gluten-free options become more ubiquitous, and chefs take pride in crafting delicious gluten-free products that taste just like the real thing. You might think bread is one of the toughest foods to pass the gluten-free test, but not if French bakers have anything to say about it.

Boulangerie Chambelland specializes in gluten-free baked goods, including bread, tarts, and chouquette pastries, using rice flour that makes it safe to eat for even the most gluten sensitive. And it’s so tasty that even those without allergies go out of their way for Boulangerie Chambelland’s famous sourdough, focaccia, and Chambellines. 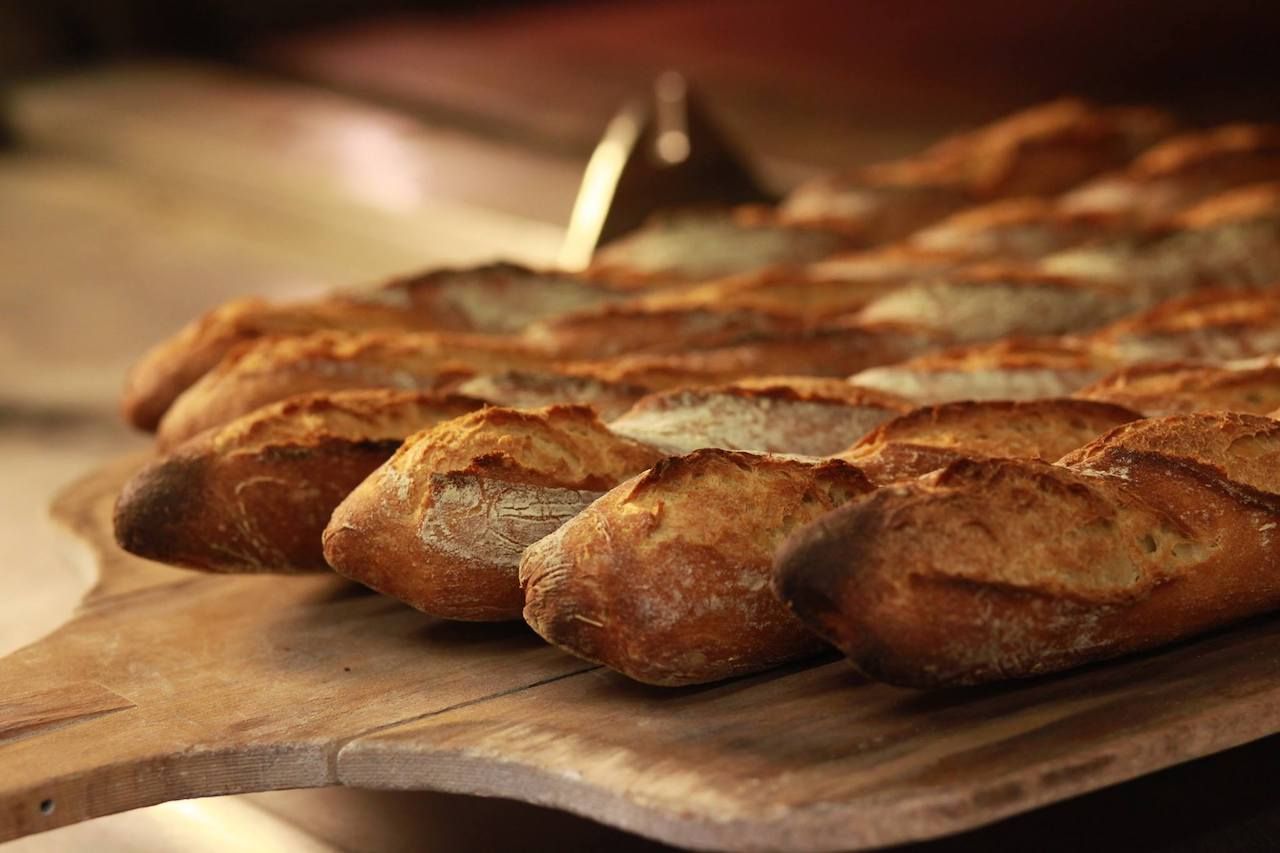 If you rely on reviews to determine where you should buy your next fresh baguette, the recommendation of the French head of state should suffice. Indeed, Le Grenier a Pain is the official bread supplier to the president of France. Winner of the “Best Baguette in Paris” award twice, once in 2010 and again in 2015, this bakery shouldn’t take too much convincing to give a try. You’ll be able to watch bread being baked in a classic French boulangerie with red floor tiles, wooden beams, and antique furniture. There are 10 varieties of bread offered here. In addition to the famous baguette, there are also fougasses — often patterned to resemble an ear of wheat — sourdough loaves, and bread with hazelnuts, figs, and cereals.

And if the line is too long, don’t worry. Located in the 18th arrondissement, Le Grenier a Pain is in the heart of a neighborhood known for its excellent bread options: Bakeries in the Montmartre area have won the “Best Baguette in Paris” prize five times between 2005 and 2015. 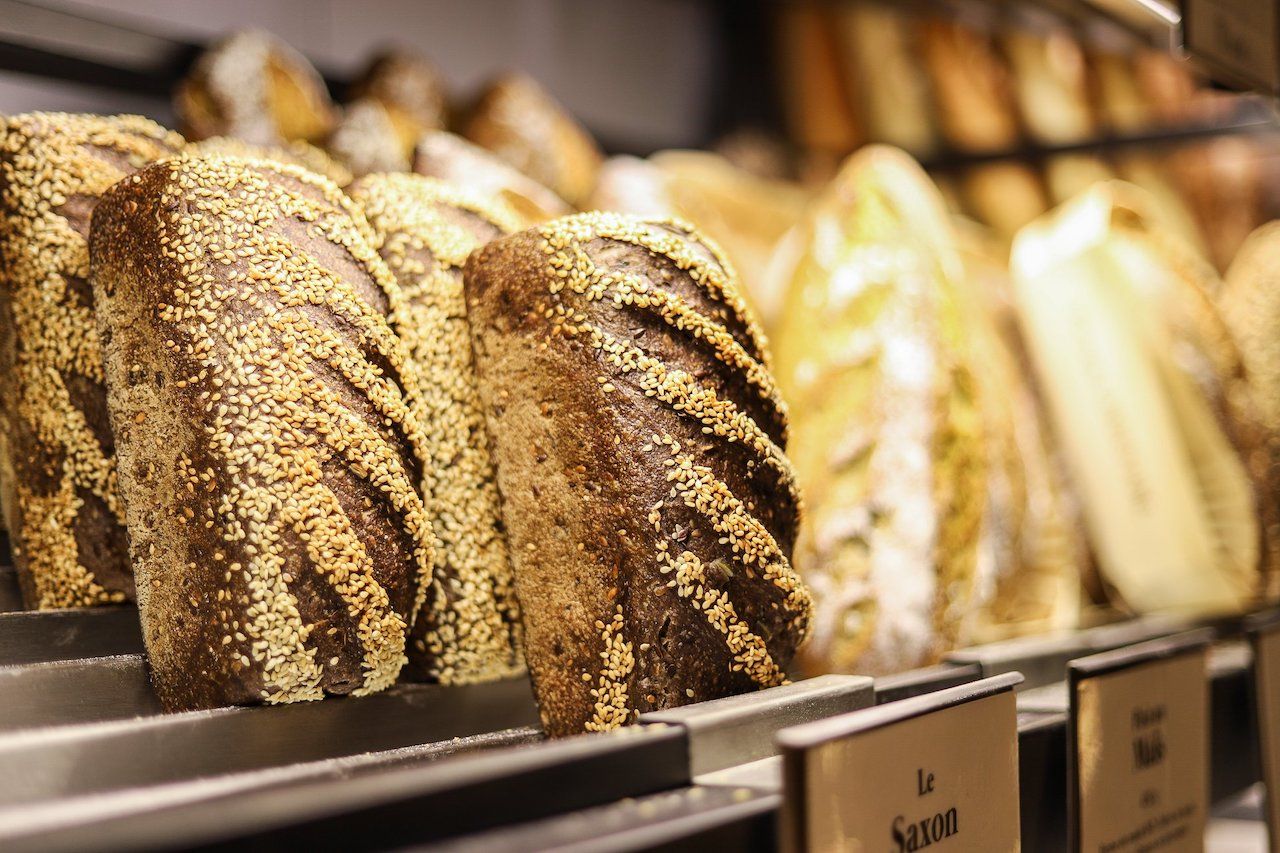 Maison Landemaine might seem like an unusual pick for a traditional French bakery as one of the owners is actually Japanese. But that only adds to the bakery’s eclectic assortment of offerings. Owned by husband-and-wife pair Pierre Herme and Yoshimi Ishikawa, this boulangerie is the perfect blend of traditional French baking methods and Japanese innovation, including the actual exchange of goods between France and Japan. Indeed, the owners opened a second bakery in Tokyo in 2015, which puts a cultural twist on familiar French favorites.

The bakery prides itself on its use of eco-friendly organic flour supplied by sustainable agriculture and its homemade leavening process, which makes no two baguettes the same. The Nordic bread, focaccia, autumnal bread, cocoa bread, and Auvergnate rye bread are among the specialties. Maison Landemaine has locations in the ninth, 10th, 11th, 12th, and 18th arrondissements. 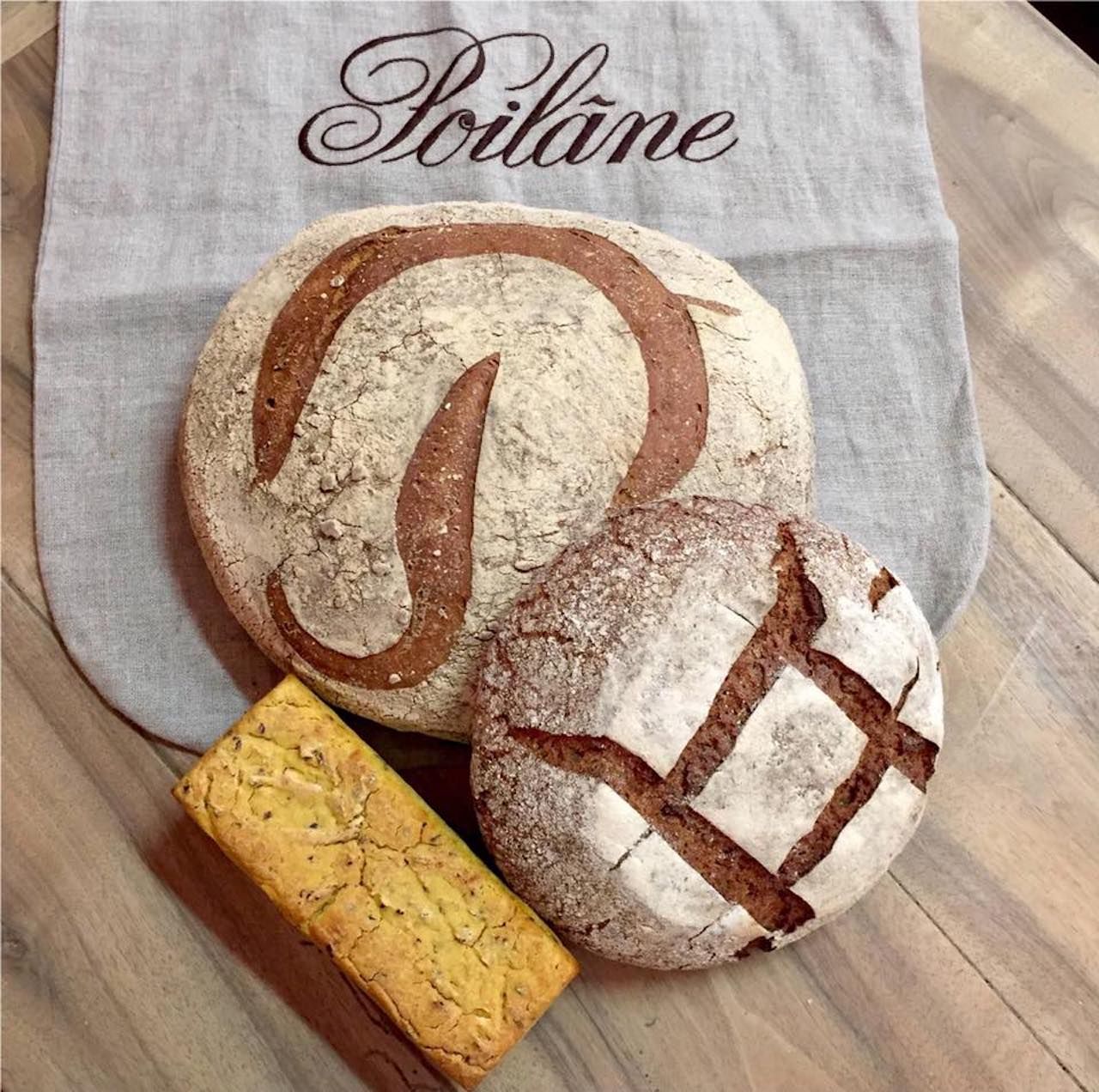 One of Paris’s oldest continuously operating bakeries, Pierre Poliane opened Poliâne in 1932. The bakery has remained in the family business; the Poliane family owns and operates the shop today. Through the decades it has become a local favorite for its rye, raisin, and nut breads, but it’s perhaps most famous for its 4.5-pound sourdough country bread baked from stone-ground flour. The secret to its killer sourdough lies in using a wheat flour blend made from stone-ground French grains; in other products, the bakery incorporates buckwheat, barley, corn, millet, oats, rice, rye, and spelt to achieve the signature flavor.

And even if you’re not in Paris, that doesn’t mean you can’t still try a hearty loaf of Poliane’s sourdough. One of the best aspects of this bakery is its online ordering system. Simply place an order online, and they will bake, package, and deliver bread right to your door with a guarantee of freshness. 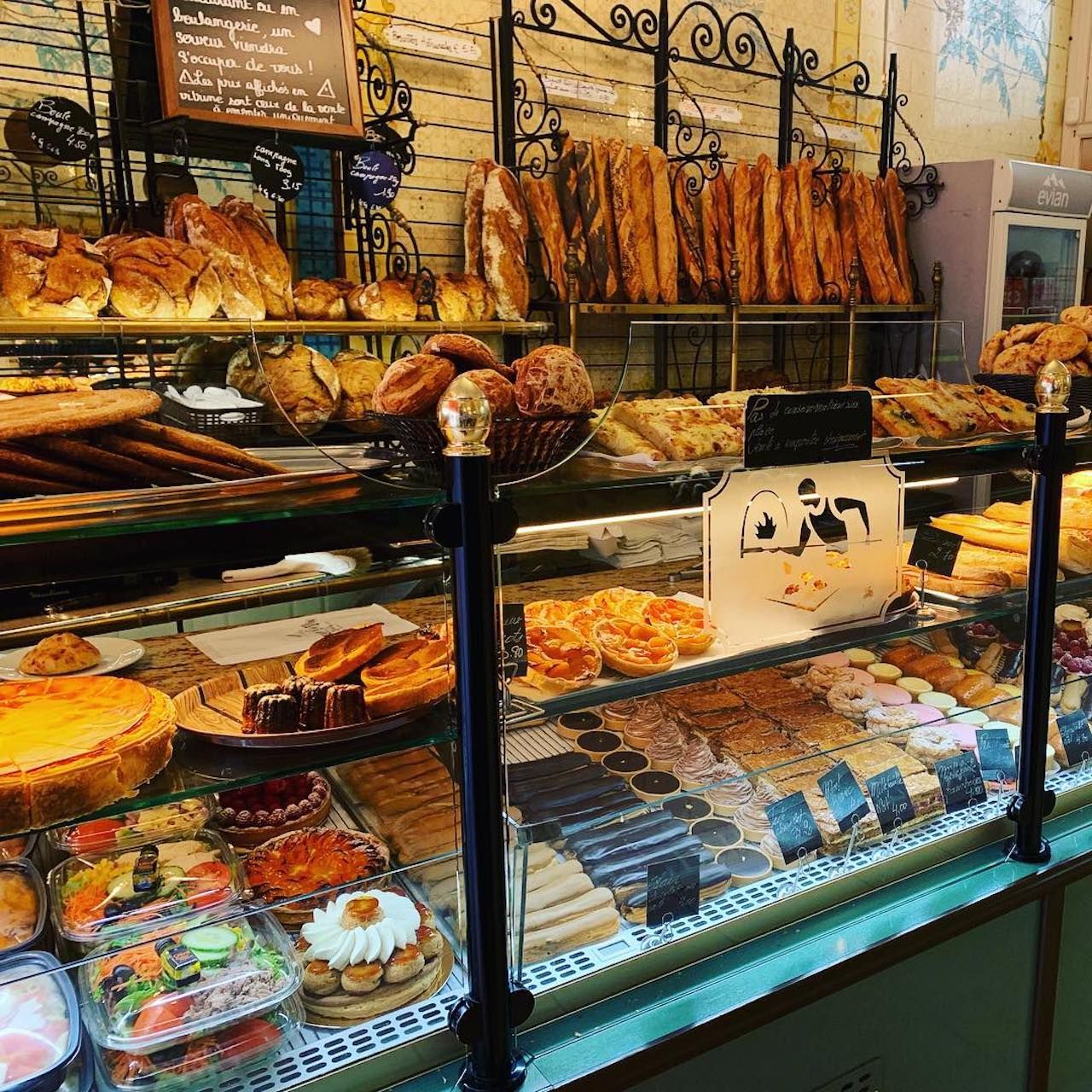 If you’ve ever drifted into a daydream and imagined your perfect French bakery experience, chances are your mind conjured up something that looks like Le Moulin de la Vierge. The bakery, which has been around since the 1970s, was originally founded as a space for music journalist Basile Kamir to house his record collection. Its interior is adorned with gold-painted letters, vintage mirrors, and a hand-painted fresco on the ceiling. When Basile realized the building was slated for demolition, he made an improbable career shift and started the bakery to save the building. Forty years later, the boulangerie is still going strong.

Le Moulin de la Vierge is known for its use of organic flour and, above all, its wood-fired cooking method. It specializes in pain de campagne, sourdough baguettes, and the pain aux raisins pastry (a custard-filled pastry with raisins). Its flagship location is in the seventh arrondissement, but there are two other locations in the 14th and 15th arrondissements. 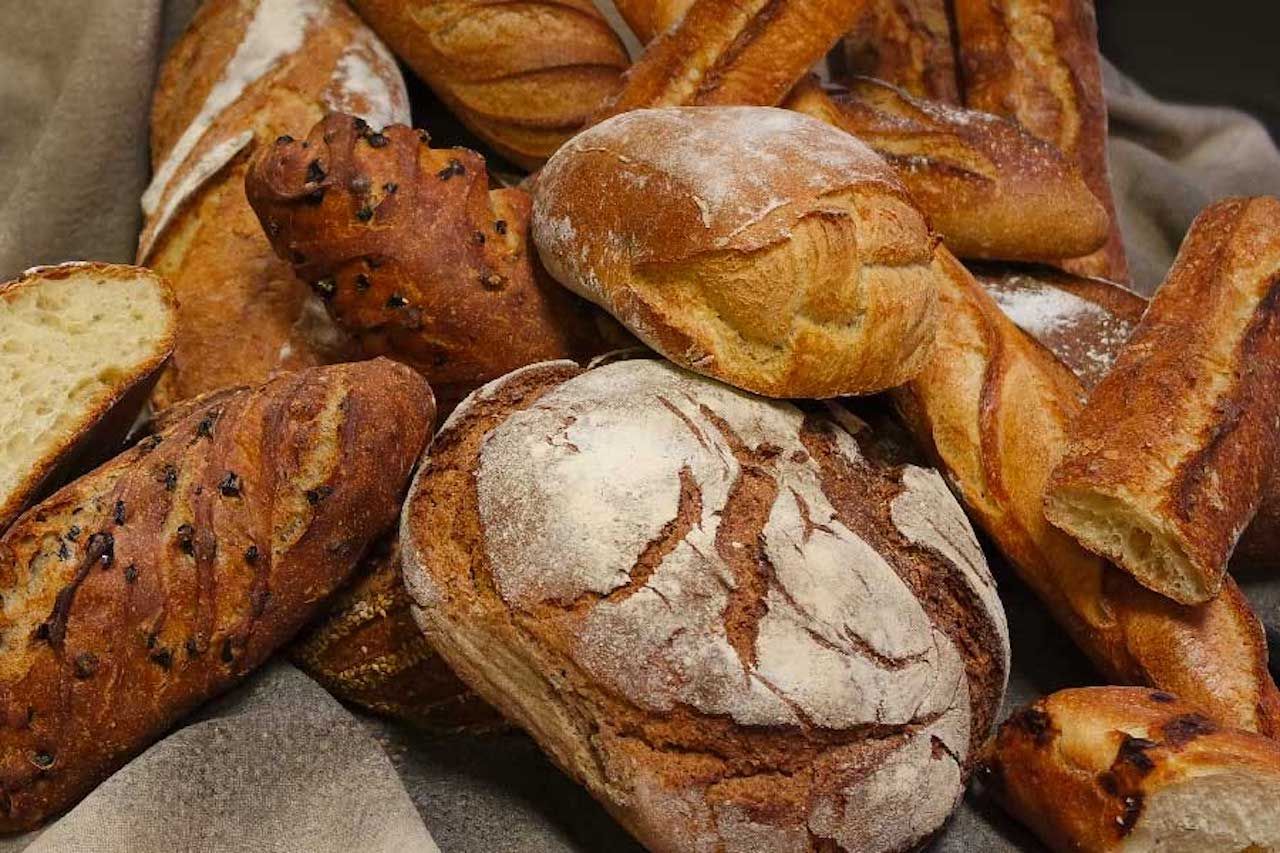 When it comes to accolades, Boulangerie Au 140 gives Le Grenier à Pain a run for its money. Boulangerie Au 140 once served as the official bread supplier to the presidential palace though it hasn’t held that designation since 2001 — the same year its baguette was named best in Paris. Courtesy of master baker Pierre Demoncy, the boulangerie has also won awards for its croissants, so no matter what you decide to eat here, you really can’t go wrong.

Boulangerie Au 140 is known for its wide selection of bread, from the classic baguette to its special leavened almond bread. There are over 30 varieties to choose from, and for dessert, there are cakes, éclairs, millefeuilles, and buttery pastries. 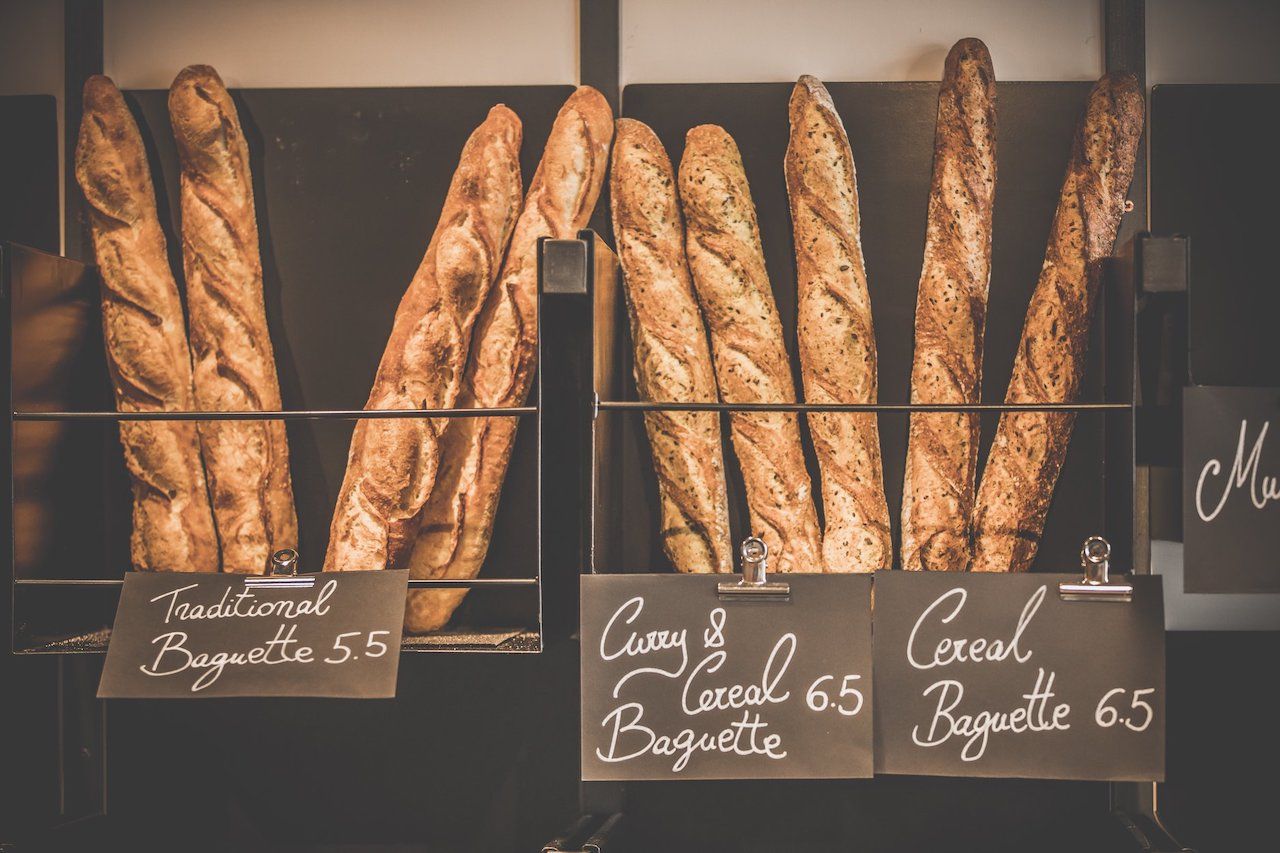 Gontran Cherrier started in Paris but has expanded his bread empire all over the world, going as far as Australia. His very first boutique, however, is a small shop in the 17th arrondissement. It has classic baguettes, loaves, and almond croissants, but it’s also known for more inventive items like paprika buns, squid-ink rolls, and loaves made with red miso, molasses, and coriander seeds. This creative touch is what makes Cherrier’s bread world famous. The shop’s signature “monochrome bun range” is one of the most eye-catching things in the shop, with a lineup of breads colored red from paprika, black from squid ink, and green from nigella.

Dessert7 Mouth-Watering Pastry Shops You Must Check Out in Paris
Tagged
Food + Drink Insider Guides Paris, France
What did you think of this story?
Meh
Good
Awesome

The Sexiest and Most Provocative Shows You Can See in Paris
The 8 Best Movies and Shows To Watch Before Going To Paris
Where To Eat in Paris Without Breaking the Bank
Paris Syndrome Explained: Is Paris Worth the Hype?
The 10 Most LGBTQ-Friendly Cities in Europe