When your flight doesn’t arrive at its scheduled time, chances are it’s because it’s late. In the case of last Sunday’s British Airways Flight 112, however, it was early. So early that it set a world record for the fastest commercial flight across the Atlantic Ocean. The red-eye flight from New York City’s JFK airport to London Heathrow usually takes over six hours, but due to strong winds, the plane topped out at 800 miles per hour to cross the Atlantic in just four hours and 56 minutes, beating the previous record of five hours and 13 minutes set by Norwegian Airlines. 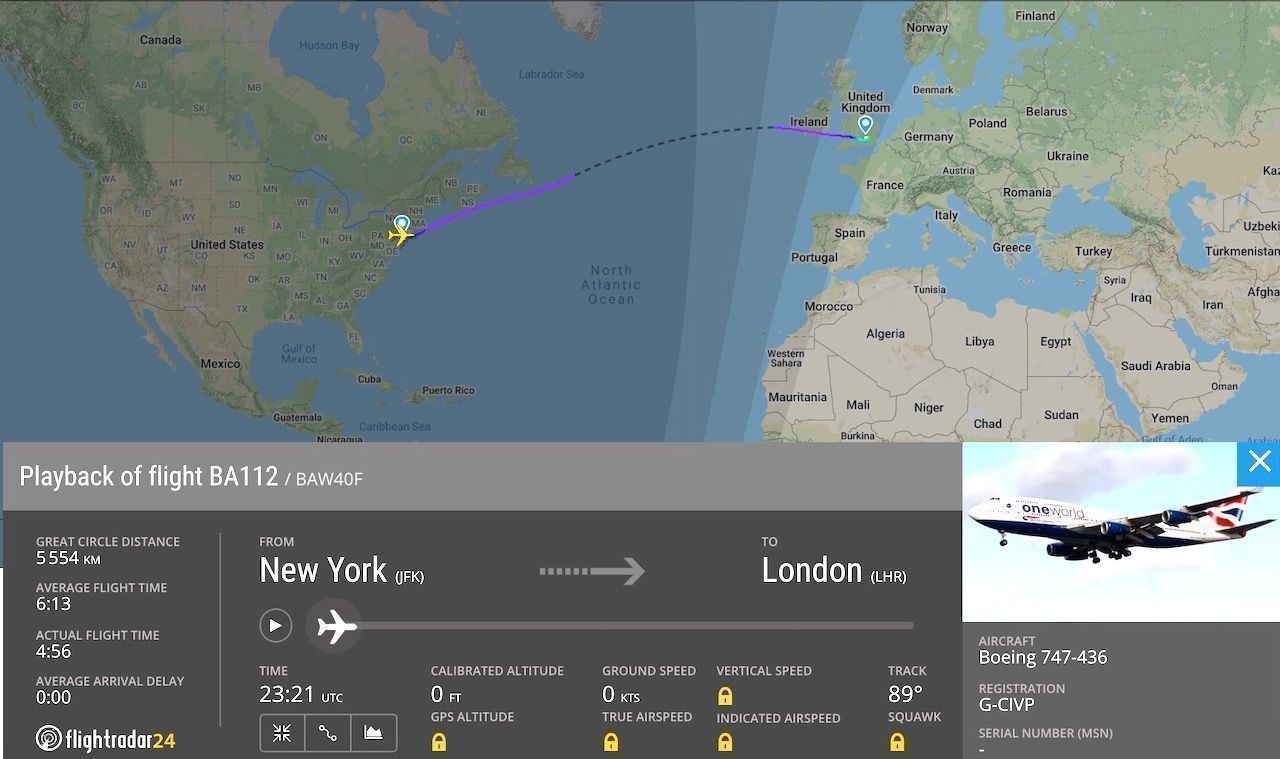 According to Flightradar24’s Ian Petchenik, the plane’s speed is simply unprecedented. “That was the first time that we’ve seen it below five hours,” he said to NPR. “This particular speed hasn’t happened before, but those increased speeds across the Atlantic happen on a fairly regular basis, especially in the winter when the jet stream kind of dips down into where the North Atlantic Tracks are and is a bit stronger.”

Petchenik believes that the jet stream winds may have increased the plane’s speed by 150 mph.

While airlines aren’t exactly out to set speed records, it’s certainly a happy surprise for passengers, and a brag-worthy moment for everyone on board.

TravelDoes Checking in Early Actually Save Any Time?
Tagged
Airports + Flying News
What did you think of this story?
Meh
Good
Awesome