Around this time of year, “Where to Travel in 2019” stories seem to pop up on your newsfeed about as much as pictures of your friend’s chihuahua dressed up as a reindeer. They’re fun to read, but unless you managed to land that New York Times gig where you get paid to visit 52 locations, visiting even a few places in those stories can put a serious dent in your finances. So what about a “Where to go” list for the cost-savvy? The spots that are going to be big in 2019 but aren’t going to cost you a month’s salary to visit? We consulted with TravelPirates’ Dom Scarlett who gave us the lowdown on the best budget destinations to hit in 2019. 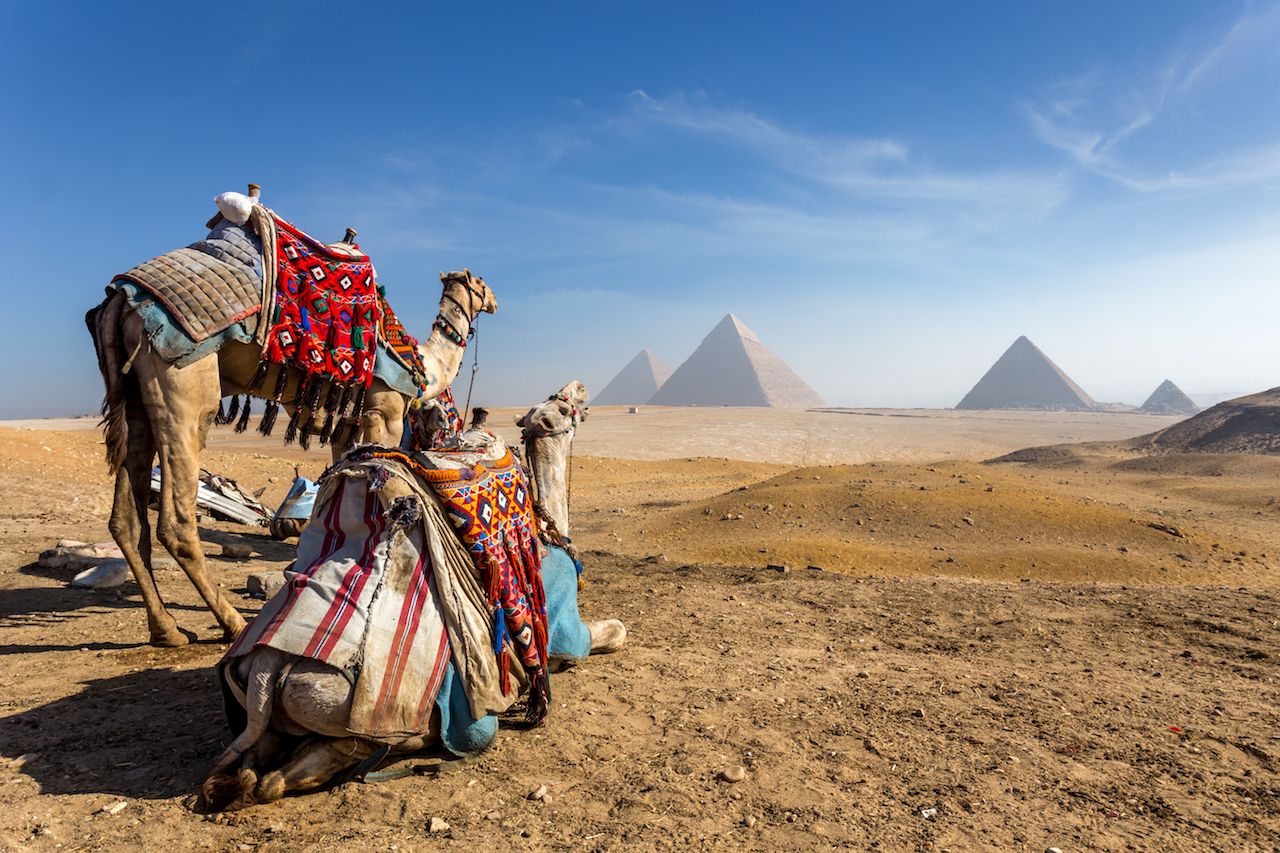 As safety concerns in this North African cradle of civilization subside, it seems to be finding itself atop a slew of “must see in 2019” lists. Next year will see the partial opening of the long-awaited Grand Egyptian Museum, a five-million-square-foot facility that will be the largest archeological museum in the world. The 2019 first phase will include all 5,400 items from King Tutankhamun’s tomb. Despite the influx of tourists, the country remains an alarmingly cheap place to travel, where the dollar’s strength against the Egyptian pound lets you eat for about $5 a meal.

Another nation coming out from under the cloud of instability is Turkey, a country at the crossroads of Europe and Asia with breathtaking coastlines and ancient ruins. Istanbul is one of the most fascinating historic cities in the world with architecture from the Roman and Byzantine empires intertwining with the modern city. Even though it’s become a popular hotspot for European holidays, the country remains affordable, and the dollar is 235 percent stronger against the Turkish Lira than it was in 2014. So outside the major tourist districts, two people can eat dinner easily for under $5 in most of the country. 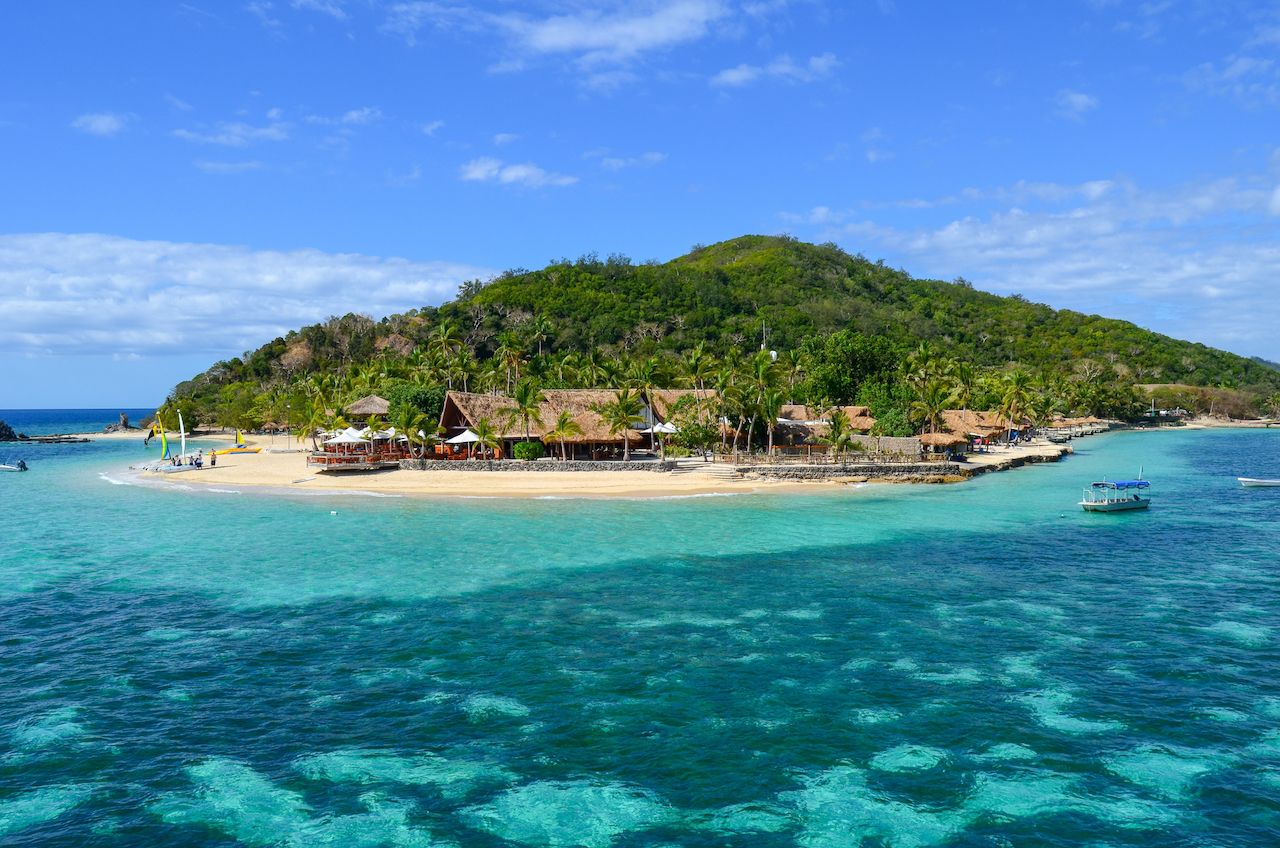 We know, we know. The country known for private island resorts like Royal Davui doesn’t seem like a budget destination at first. But once you’ve figured out how to get here, attractions in Fiji are remarkably reasonable. For example, a boat tour to Beqa Lagoon – home to some of the best diving in the world – is only $50. Meals are around $15. Beers about $3. In terms of South Pacific luxury, you won’t find much cheaper. 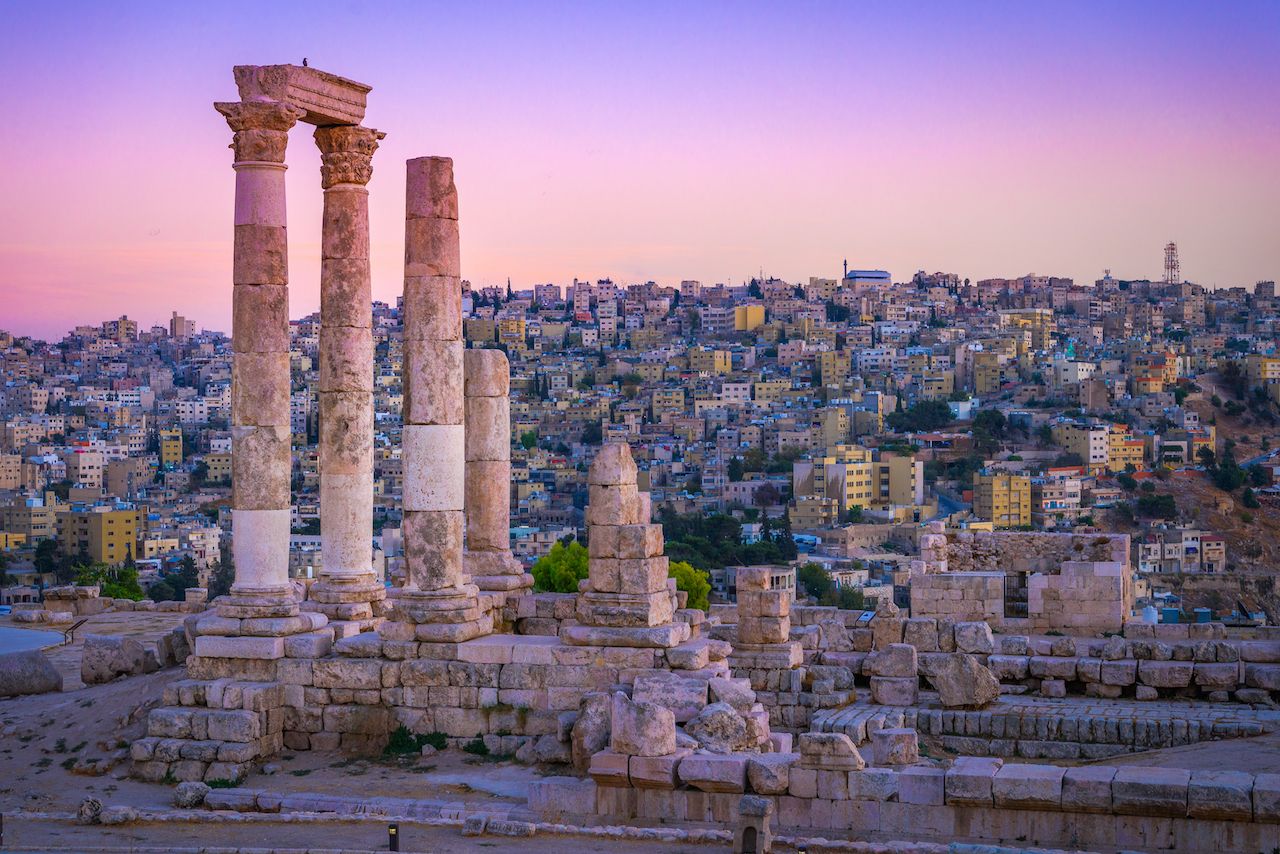 This kingdom east of Israel has become THE middle eastern travel hotspot over the last couple of years. People are flocking to the country to see heretofore-unknown historic sites like Jerash, one of the oldest continuously inhabited cities in the world, and Petra, an ancient city carved into the red sandstone of the Jordanian desert. While flights are still in the four digits, you can find a luxury hotel in Amman for around $50 or stay in a desert camp outside town for about $20. So save up those miles because once you’re there, you’ll be living like royalty. 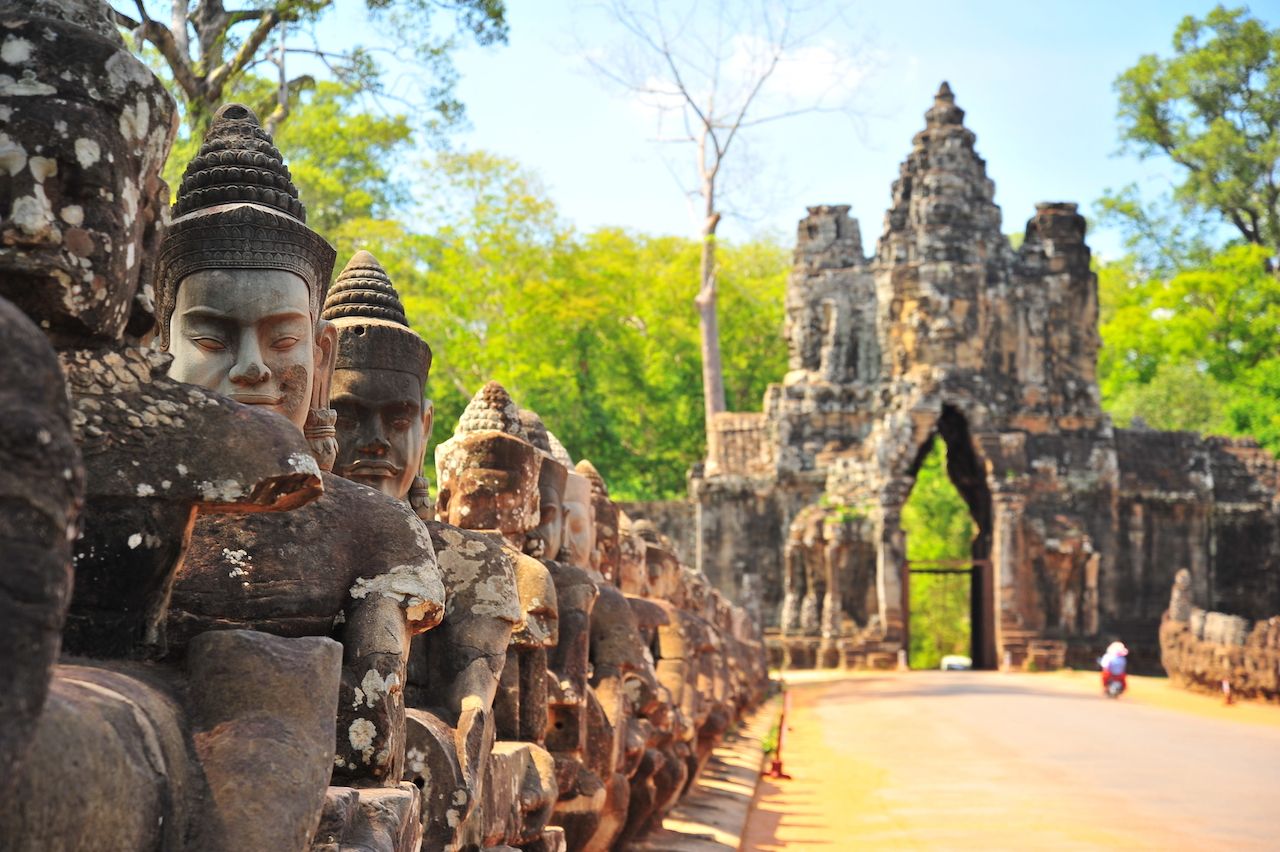 Southeast Asia might be the world’s greatest bargaining region, where friends return home bragging about spending less than 20 dollars a day for weeks on end. The best value of them all is Cambodia, a country known best for the temple at Angkor Wat but that’s stunningly beautiful throughout. Head up into the rainforests of the Cardamom Mountains for rugged jungle exploration or come for the massive celebrations for Khmer New Year. You’ll rarely pay more than a few dollars for a meal, and even nicer hotels in the capital of Phnom Penh are only about $75 a night. 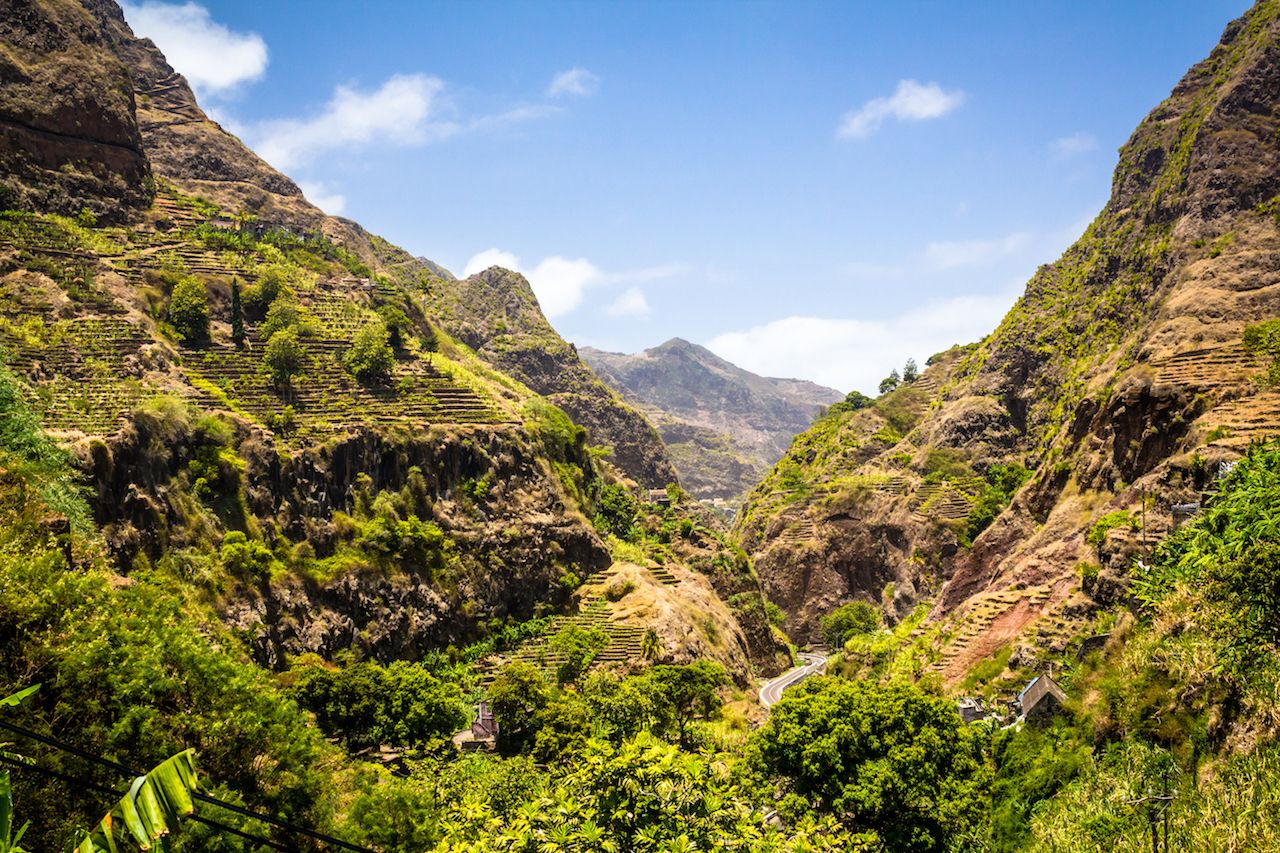 Long known as a beach vacation destination to Europeans, these islands off the northwest coast of Africa have long, sparsely populated beaches that look especially inviting during winter months. Though the luxury resorts here can give you sticker shock, smaller hotels that are still clean and comfortable abound at $60-$70 a night. The country’s currency is pegged to the euro, but a meal will still only cost you around $6 with beers a session-friendly $1.20. 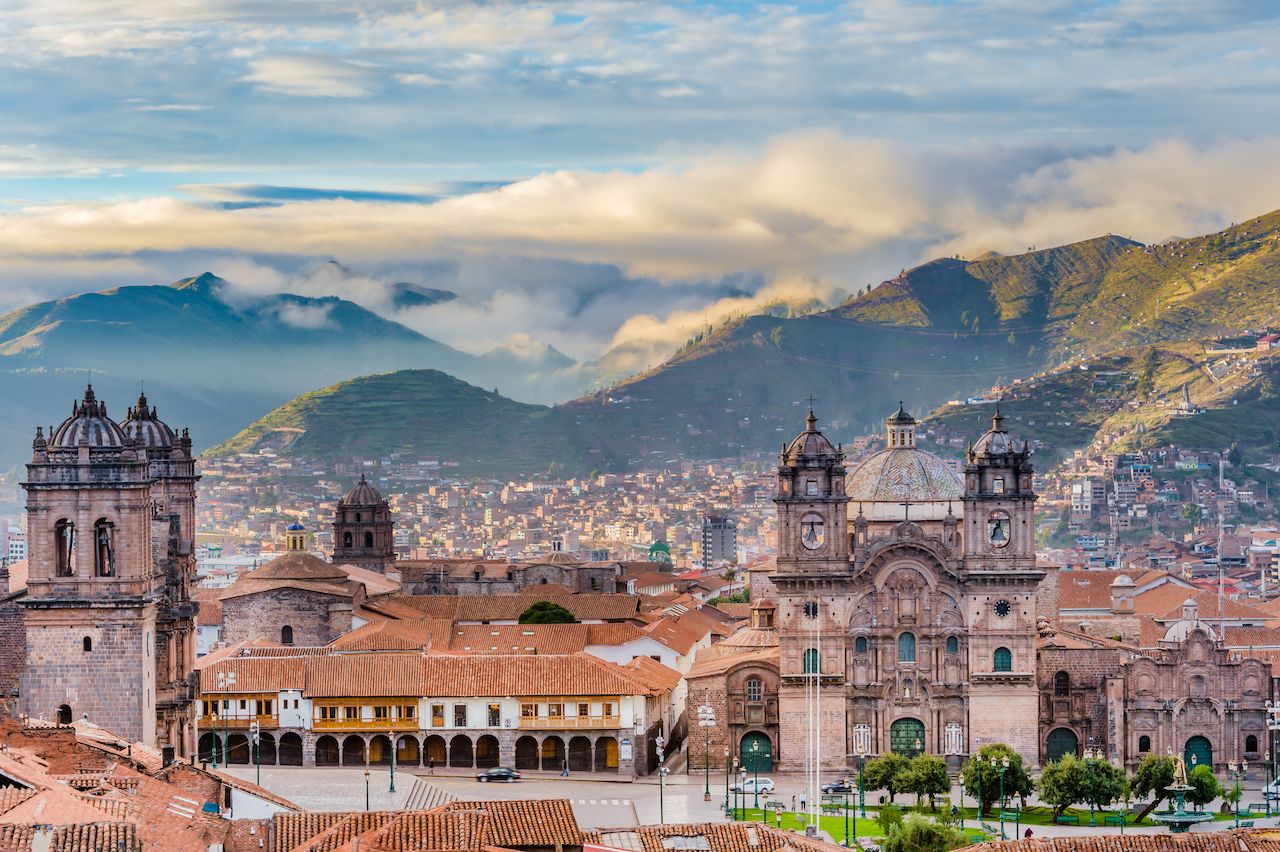 Tourism to Peru has been steadily increasing over the past decade, and the capital, Lima, has become a lauded destination for foodies from around the world. Eating at the fine dining spots in Miraflores will set you back some serious coin, but elsewhere fresh ceviche and spicy lomo saltado will never run you more than $5. Machu Picchu expeditions still won’t be cheap since it’s the bucket-list destination most popular with travelers. But because so many go there, you can find great deals going to lesser-known spots like Puno, Arequipa, and the Nazca Lines. 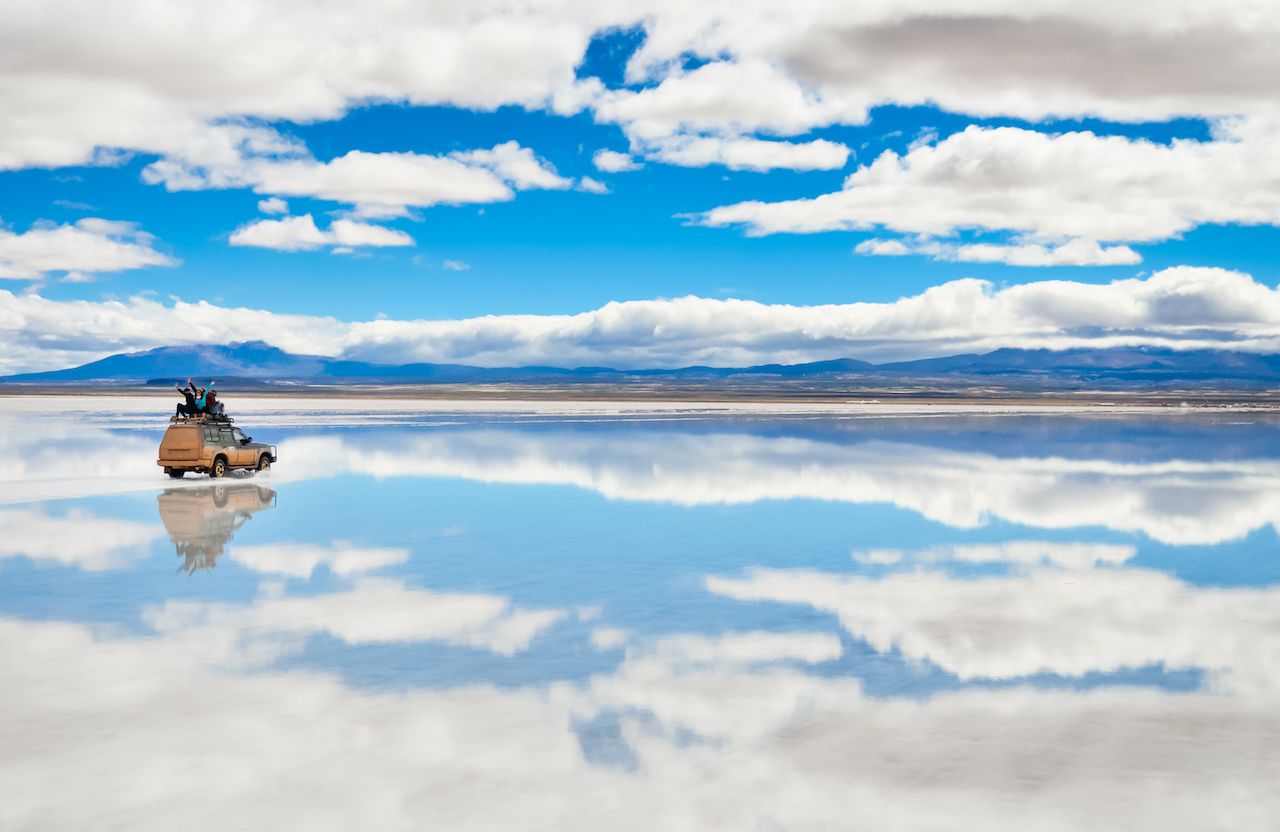 As the relatively new kid on the Amazonian tourism block, Bolivia offers the cheapest access to the river and surrounding jungle in the town of Rurrenabaque, where tours cost a fraction of what they might in Brazil or Peru. Even if trekking the jungle isn’t your idea of a vacation, you can take multi-day tours of La Paz and the Uyuni Salt Flats for under $300. Or take a day trip to the giggle-worthy Lake Titicaca for $29. La Paz museums only charge a few dollars for entrance, and you’d be hard pressed to spend over $20 a day on food. 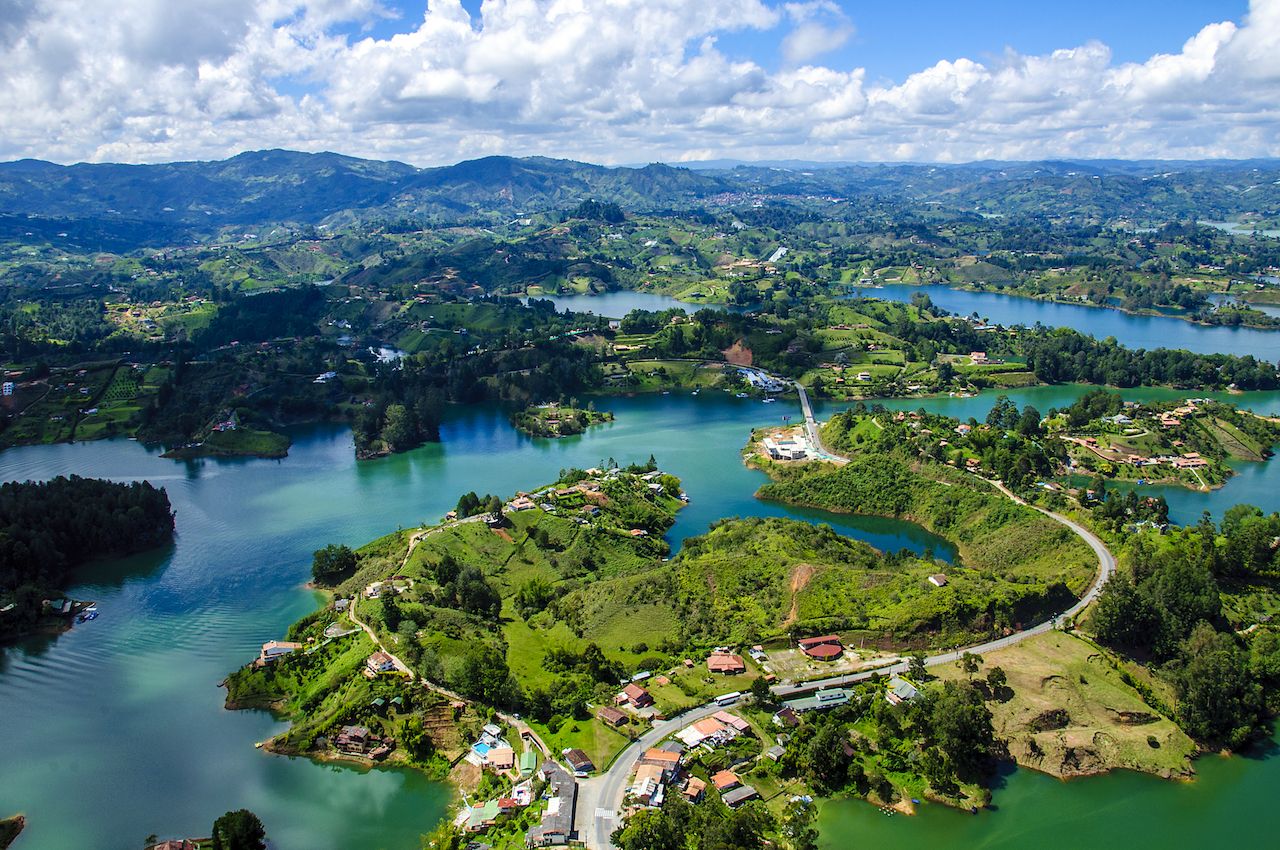 The secret of Colombian travel is out, as anyone who’s ever dipped down to Medellin for the weekend and dropped $100 on a full night of bottle service clubbing will happily tell you. Despite this, it still remains one of the great budget party destinations on the planet, a place where you can rent a three-bedroom penthouse in the heart of a city for a couple hundred dollars a weekend, eat like a king for $20 a night, and party until 5:00 AM for less than a round of shots at your neighborhood bar. Flights have gotten cheap as venerable budget carrier Spirit Airlines has entered the market, and for the foreseeable future, it’ll be the great budget alternative to Las Vegas. 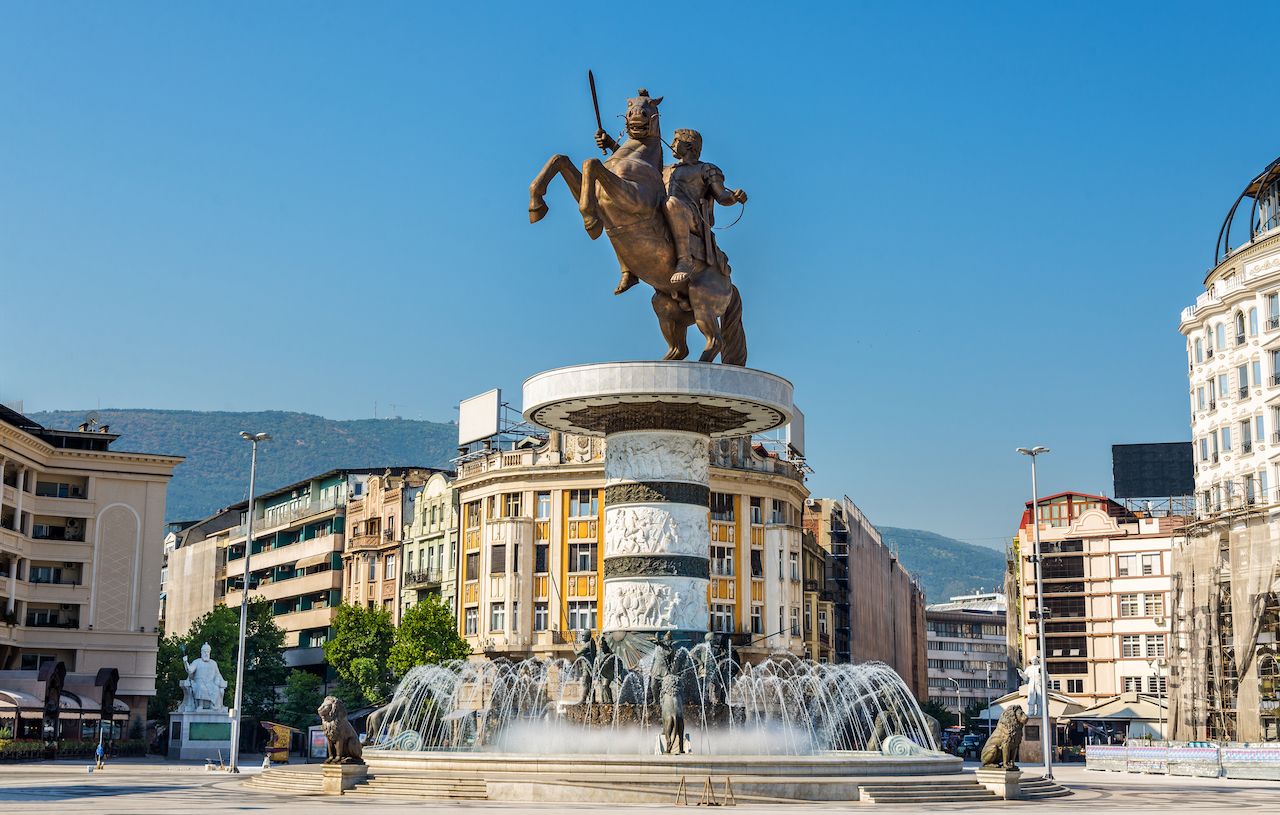 Skopje is the cheapest capital in Europe — full stop. Skopje hotels top out at $63 a night, meals won’t cost you $10, and a beer is less than $2. The city of statues – which often outnumber people on the street – is also home to neoclassical buildings dating all the way back to 2010. Outside the capital, you’ll find beaches just as beautiful as Croatia’s along the shores of Lake Ohrid. And in June and July, the country welcomes the International Folklore Festival, where artists and musicians come from around the world to perform. 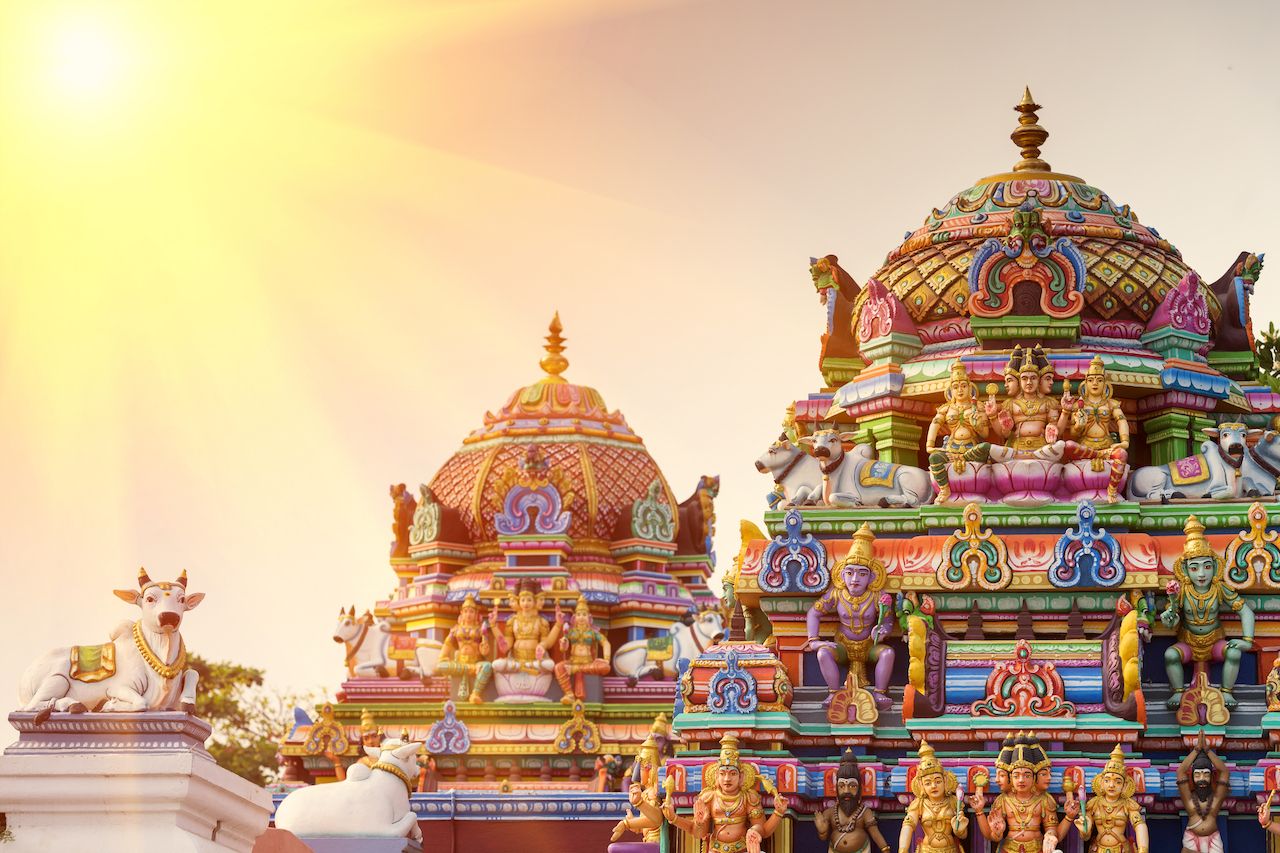 India a big country, we know, but few places outside the luxury resorts in this massive subcontinent will cost you much. The country’s most famous attraction — the Taj Mahal — costs only about $20 with a train trip from New Delhi to Agra and grounds admission included. Private tours are under $100. The other big draw in India is the food, and most of it can be sampled for $3-5 a meal. Getting around on public transportation can be dicey with big crowds and bigger chaos. But you can avoid the crowds — if not the chaos — with a private driver, which won’t cost more than $30 a day. 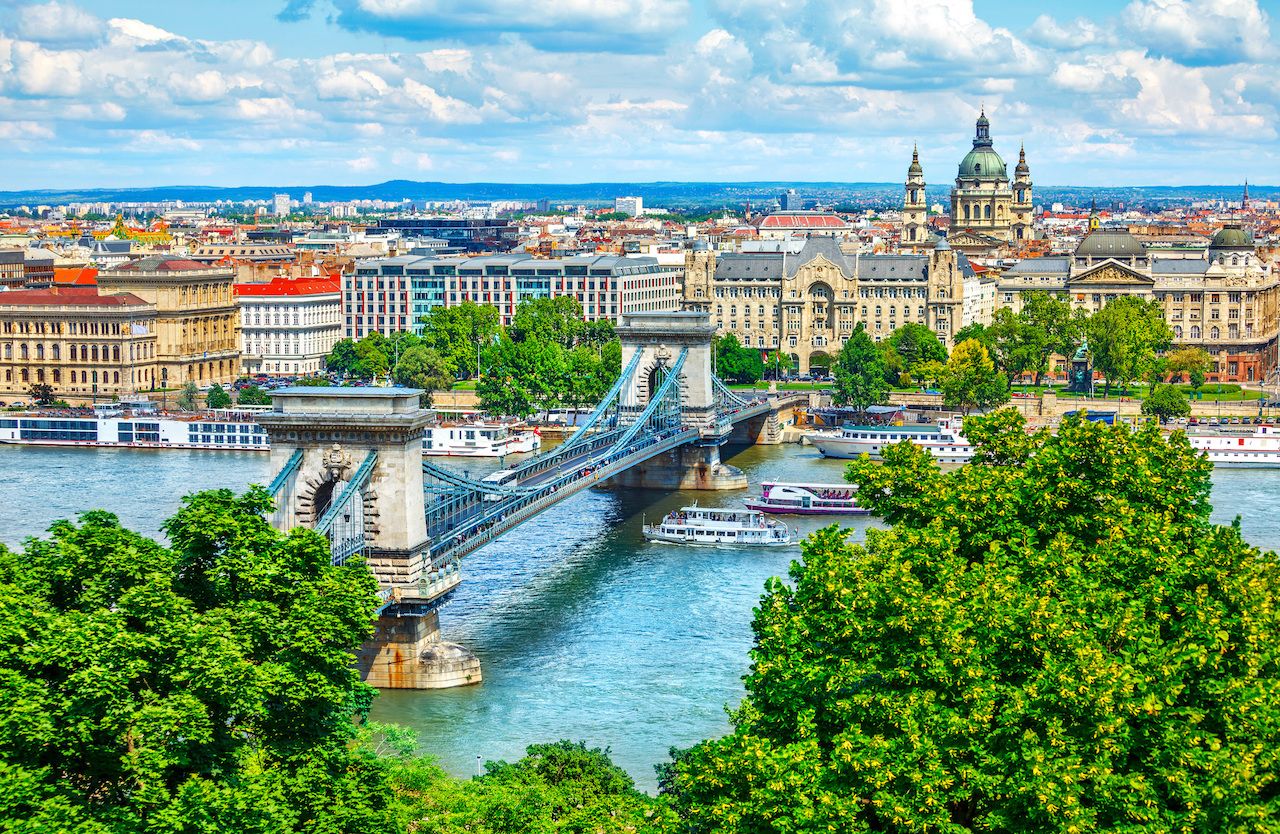 The ruin bars of Budapest are probably the most famous attraction for young people headed to Hungary. And despite their popularity, beers there rarely top $2. The city’s got plenty of other attractions, too, whether it’s the fascinating House of Terror museum chronicling the Nazi and Soviet occupations or hikes outside the city at the historic Citadel Fortress. Staying here won’t cost you much either — three-star hotels can be had for $25 a night. And sampling the renowned street food and fragrant goulash is rarely more than $5-$10 a meal.

Budget TravelJanuary Will Be the Cheapest Month of the Year To Fly. Here’s Where To Go.
Tagged
Budget Travel Insider Guides
What did you think of this story?
Meh
Good
Awesome