There is an old joke about a beauty contest prize that says something like, “First place gets a week in Buffalo. Second place gets TWO weeks in Buffalo!”

And though Nickel City has moved well past being the butt of awful vacation jokes, landing itself on several “places to visit” lists — including one of our favorites of 2018 — that advice is always almost tempered by, “Go in the summer.”

And while winter in Buffalo might sound about as inviting as a summer internship at a sewage plant, one Buffalo-based company is trying to tout the city as a winter destination. Oxford Pennant, a custom pennant maker who, like most from this city, is passionate about Buffalo, has launched its “Warmest Cold City” sweepstakes, offering up an all-expenses-paid winter trip for one lucky winner.

Annnd cue the jokes about the second prize being two weekends.

But just like people were totally wrong about Buffalo when the weather is nice, so they will learn this snowbound metropolis can be just as awesome when the skies are grey.

Granted, some of the more fascinating only-in-Buffalo activities — like zip-lining between grain silos at Riverworks Brewing or taking a kayak through industrial relics along the Buffalo River — aren’t exactly “fun” in the winter. But a city that spends much of the year under a blanket of snow has found ways to make the most of the cold.

Canalside, the city’s waterfront development along the Erie Canal, has ice skating, ice biking, and bumper cars right in the heart of downtown. The Albright-Knox Art Gallery is open all winter, showcasing some of the most impressive modern art from all over the world. 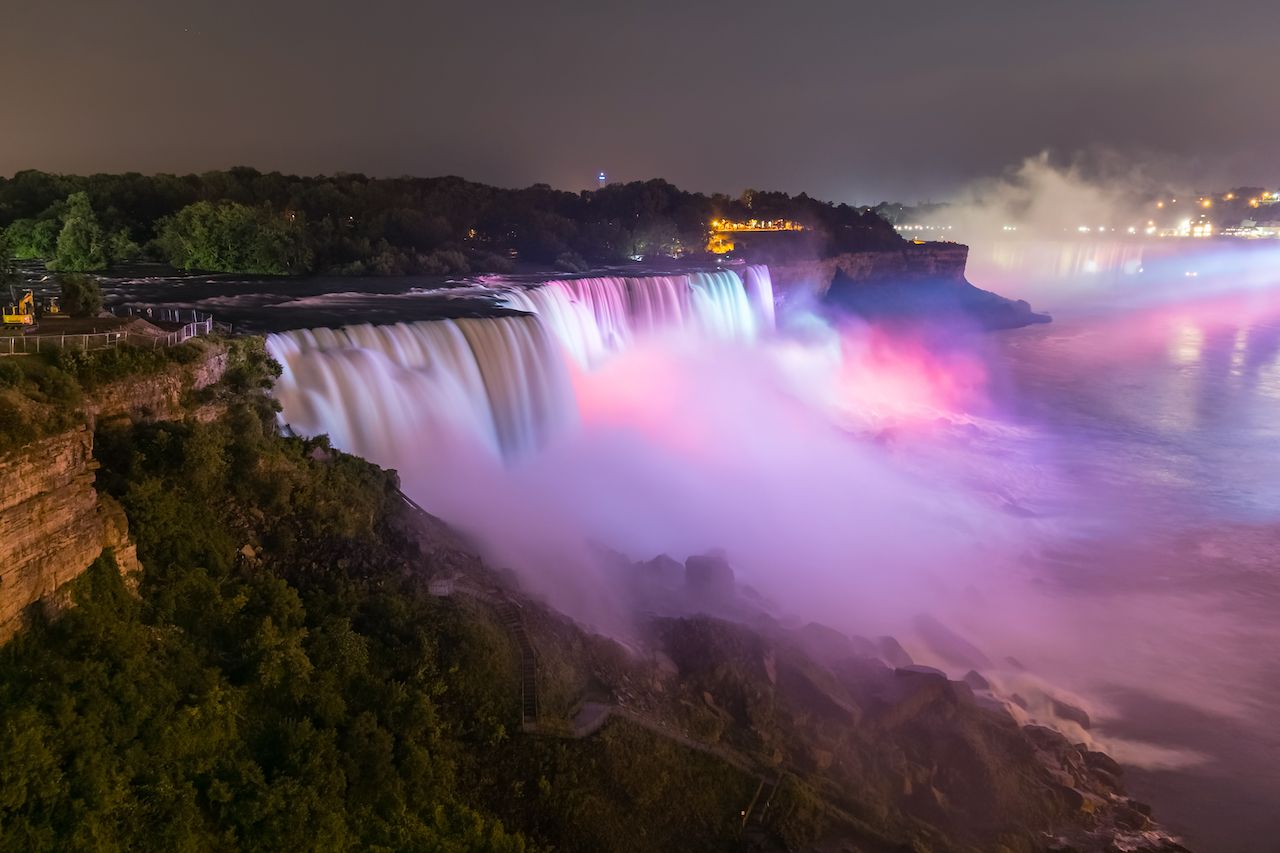 Nearby Niagara Falls turns into an icy winter wonderland this time of year, where the mist from the falls freezes on the branches of trees throughout the state park. The boats won’t be running, but the crowds won’t be there either, and you may find yourself with one of the world’s great natural monuments all to yourself.

But more than magical ice forests and modern art, winter gives you a chance to experience the best thing Buffalo does best: the people.

The Buffalo Wing Trail, which launched last year to showcase the city’s history and neighborhoods through its most iconic food, is an excellent way to do this. Not only because the spicy, greasy wings are especially tasty on cold winter days but also because it’ll take you through the heart of Buffalo’s warm tavern culture at spots like Gene McCarthy’s, Doc Sullivan’s, and Mammoser’s Tavern.

“I think this resonates with something Anthony Bourdain said when he came to Buffalo years ago,” says Brian Hayden, Communication Manager for Visit Buffalo Niagara and the man credited by many for the rash of good press the city has gotten. “You stop in some of the taverns and find that Buffalo (in winter) is cold and harsh on the outside, and warm and hospitable on the inside.”

That’s not just CVB-speak either. Pop inside the little taverns that anchor the city’s craftsman-house-filled neighborhoods, and you’ll find yourself immediately striking up conversations with people with no pretensions. The cold weather will keep you inside, drinking more and laughing harder. And next thing you know, it’ll be 3:00 AM, and you’ve just made a whole bar full of new friends. Snow be damned. 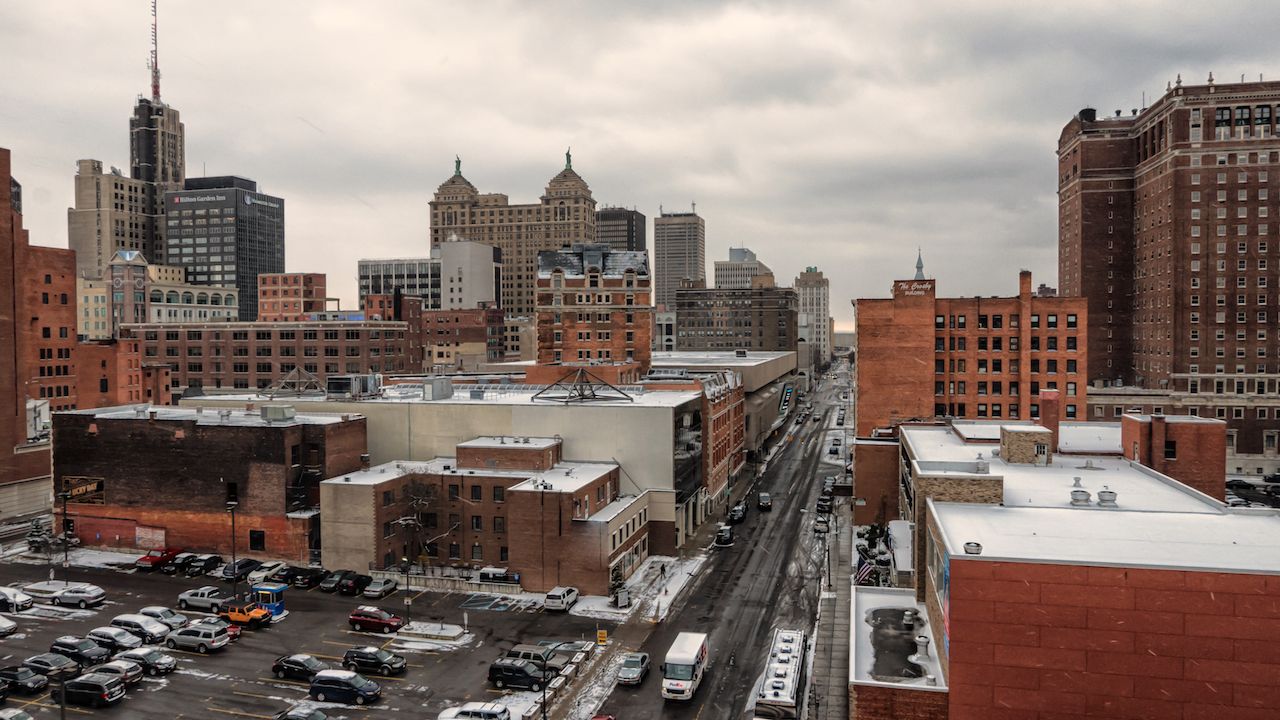 The sweepstakes proved massively popular among local businesses, as everywhere from venerable Ted’s Hot Dog’s to the Swan Street Diner in trendy Larkinville offered gift cards. In all, over $500 in food and drink are at the winner’s disposal, taking you everywhere from craft cocktails at Marble + Rye to Buffalo style pizza and wings from Picasso’s. Plus a $150 Visa gift card to buy shots for your new friends and free admission to the Albright Knox.

You’ll also be staying at the city’s most unique hotel, the boutique Hotel Henry, situated in a beautifully restored gothic mental hospital.

The contest has already drawn over 25,000 entries, so clearly the nation’s interest is piqued. If you want more info — or want to enter yourself — you can find it all here. The contest runs through February 1, and you must complete travel before March 10 when the weather might possibly get nicer. Laugh if you want, but the lucky winner is going to have the most surprisingly enjoyable winter weekend of their life — and return home making jokes about how first prize should really have been two weeks.

Food + DrinkThe ‘Garbage Plate’ Might Be New York’s Most Underrated Food
Tagged
Insider Guides
What did you think of this story?
Meh
Good
Awesome

Why You Should Visit Buffalo, New York, in the Winter. Really.