Jan Is De Man was asked by the owners of the buildings who are friends of his to create a mural and the artist took on the challenge and added a little community spirit to it — he asked the local residents to suggest book titles to be featured in the piece. Anything was acceptable, except for religious or political works. 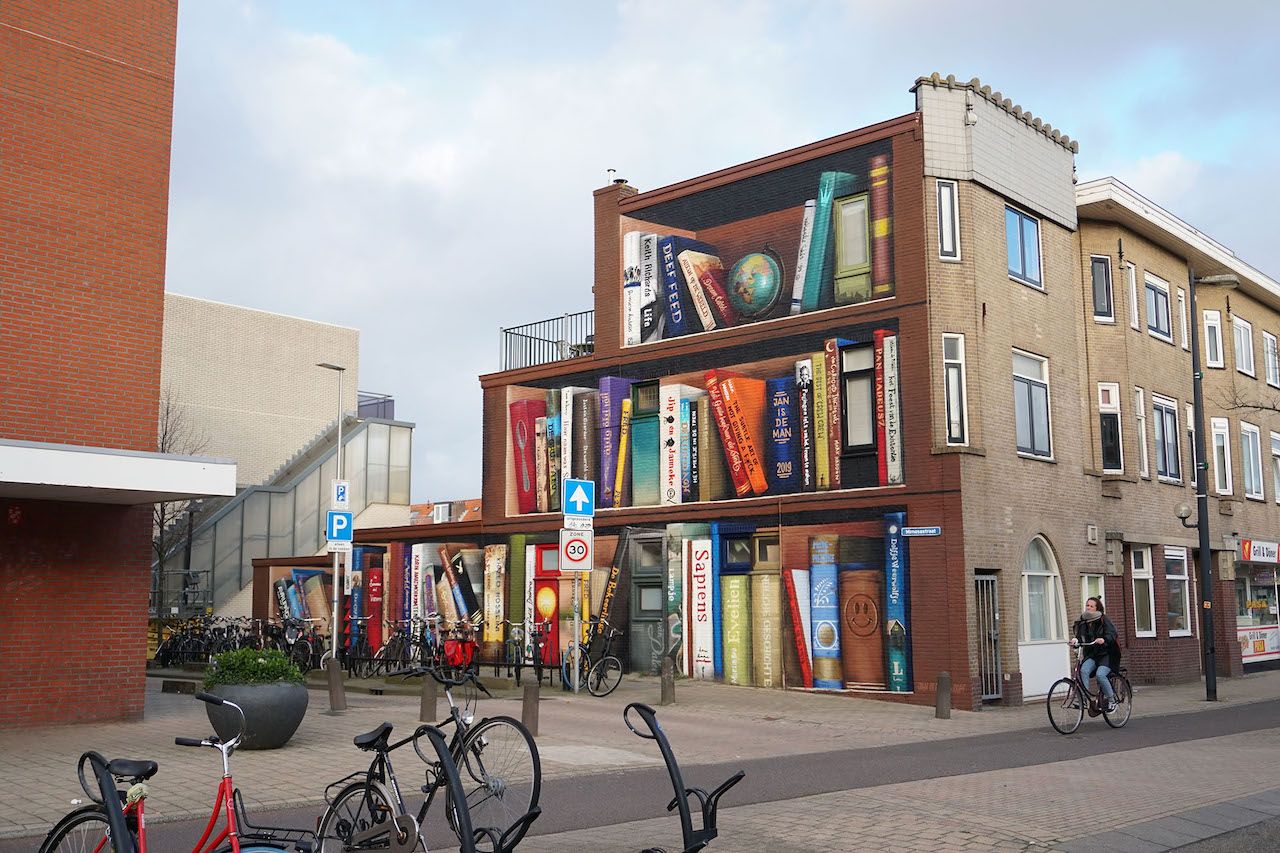 De Man and his collaborator, artist Deef Freed, wanted the books on the shelves to be as diverse as the neighborhood itself, and ended up representing a variety of literature across eight different languages.