Quintessential Caribbean cuisine is bursting with zest and character. There is a fusion of taste here that just can’t compare to any other region. Creole, African, European, and Asian influences have all contributed to the history of island food. Guadeloupe is a prime example of how the blending of ingredients can create a sensational dish. In the Caribbean, simplistic seasoned meals come with complex backstories. Bokit, a sandwich made with fried dough, is no exception.

Guadeloupe, an archipelago in the Antilles, is an overseas region of France. The indigenous Arawak and Carib people lived on the island before the Spanish, British, and French fought to make the island a colony. The French brought African slaves and spices from Asia, and Guadeloupe became a melting pot of culinary influence. It was this mix of ingredients and styles of cooking that led to the bokit’s creation. 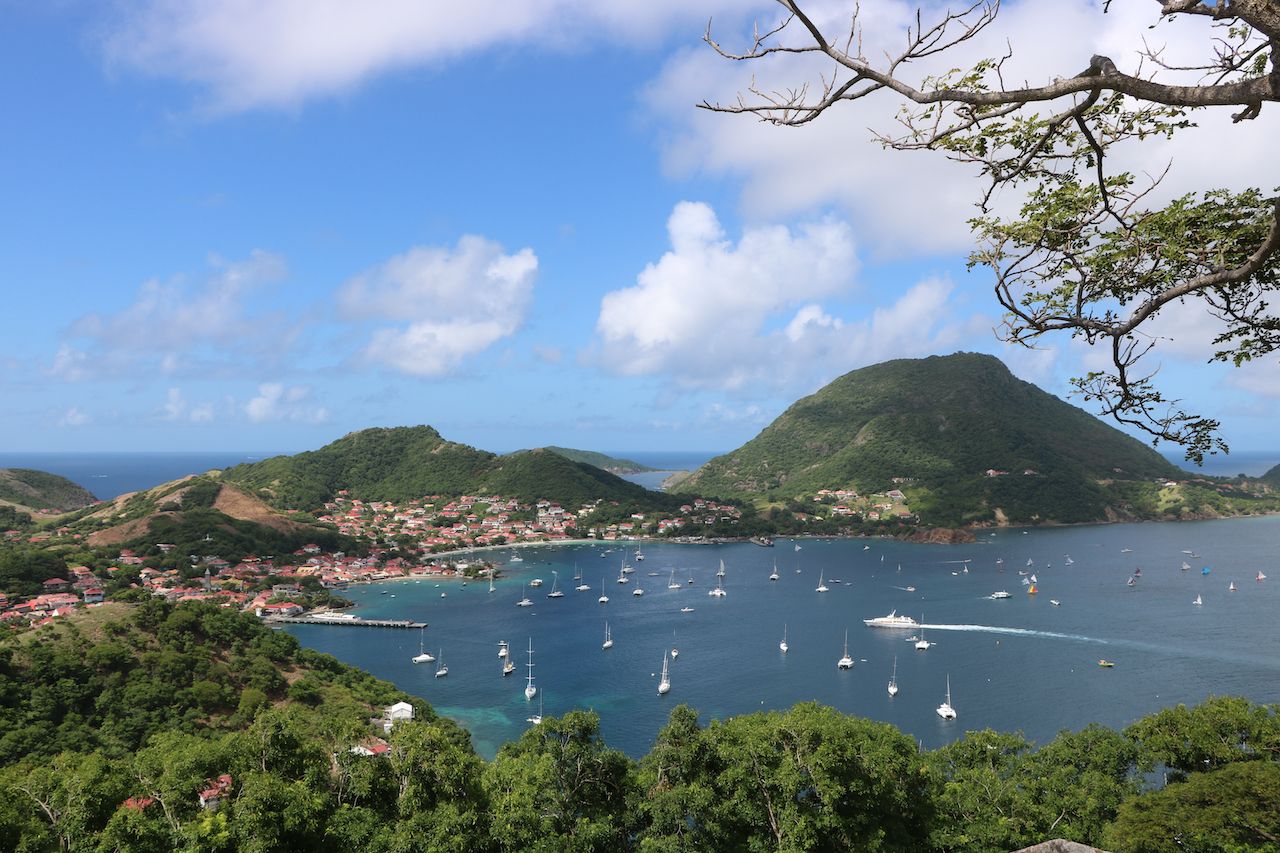 Many people not from the islands think traditional Caribbean food is a plate of rice piled high with seafood. Bokit, on the other hand, is similar to a sandwich, though it’s not your typical beach shack meal. While the origins aren’t exactly clear, like most pedestrian meals and street food, it became popular because of its low cost and convenience.

Like many beloved street foods, it’s unclear who invented the bokit and when. It has similarities, however, to the Johnny cakes of New England that English settlers learned to make from Native Americans.

“Shawne Indians used to cook a corn cake on hot stones. They called it ‘Jonikin,’” said Lelene, the owner of a patisserie called Lèlène Pastry that specializes in sweets and bokits. Lelene connects indigenous cooking techniques with modern day meals. “Settlers would have inspired [it] by adding wheat flour and nicknaming it ‘journey cake’ because this cake could withstand long journeys. Finally, the name Johnny cake is what remained.”

The Johnny cake evolved even further. Lelene shares that the Caribbean culture has different names for similar breads: “djoncake” in Dominica and Barbados, or “dannkit” in the French islands. “The product evolved in form and content to a sandwich and took the final name of bokit in Guadeloupe,” she said. “It’s here where it became a typical specialty.”

Local baker Natacha Wind defined the dish as a “Caribbean specialty made with simply flour and water.” Both cooks revealed that while there are a few staple ingredients, the recipe can vary slightly from person to person. While bokit is fairly standard, there are a few opportunities for the chef to insert their own personality into the dish.

A mix of flour, water, and salt creates the crispy, disc-shaped bun. Balls of dough float atop crackling oil, expanding as they cook, quickly transforming from an oily mass into a crispy concoction.

The construction is what makes it an ideal street food. The pita-style bread is made to order and served hot, stuffed with ingredients and wrapped in foil. Bokits can be filled with proteins like fish, chicken, or pork, and then topped with sauces, lettuce, and tomato. 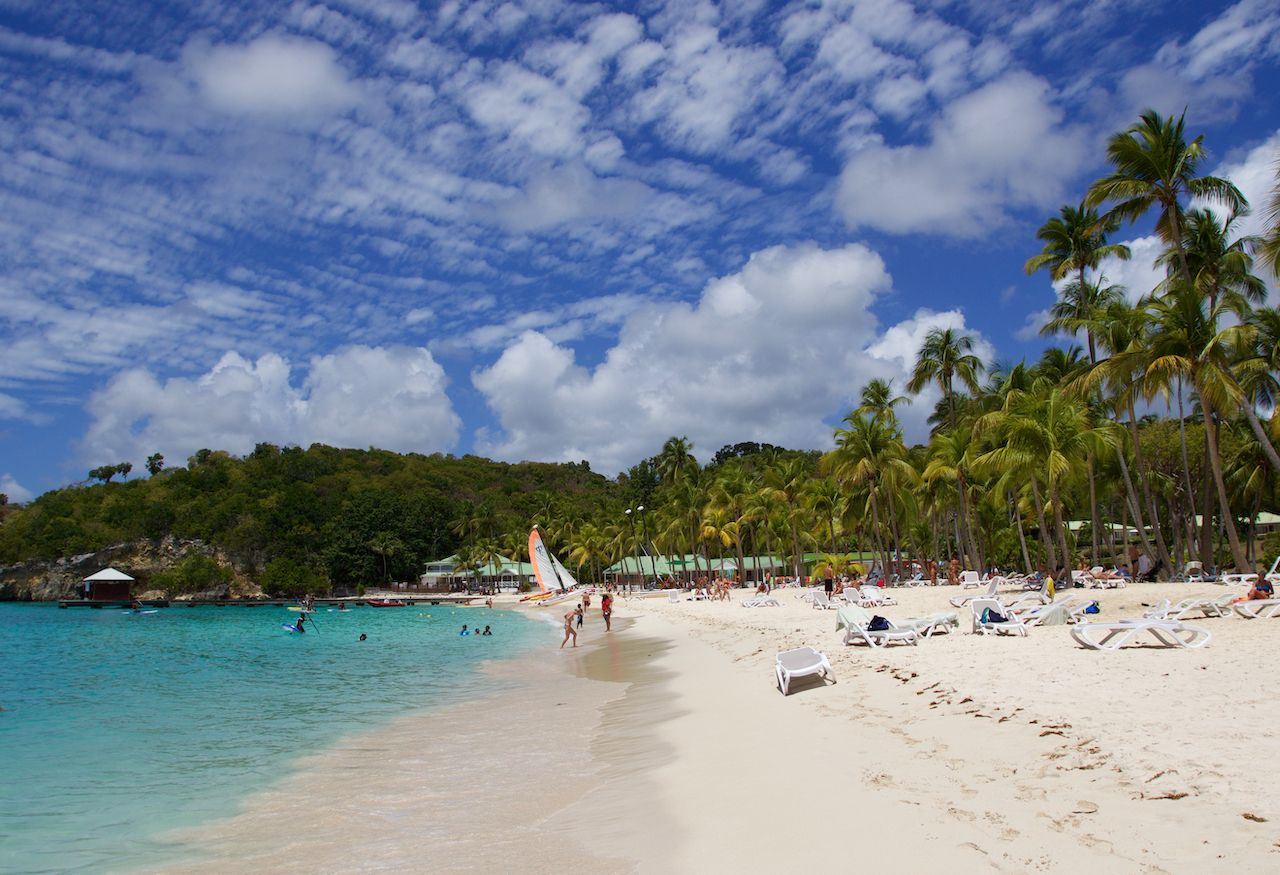 While possibilities for what goes into the bokit are endless, Natacha said there are traditional favorites.

“Garnished with chicken or cod, one can make various combinations of flavors,” she explained. “It’s inevitable you’ll find these at places like communal festivals or sold at street vendors, but it’s also found in weddings, [and] birthday parties in mini size for guests.”

You’ll find roadside food stalls selling bokit peppered throughout Guadeloupe. While you can grab a sandwich in any of the four corners of this butterfly shaped archipelago, the town of Sainte-Anne, in particular the food trucks there, are where you will be spoiled with choices of different bokits. Recently, the bokit has made its way off the island and can be found in the food truck scene in cities like London, Paris, and Montreal.

While bakers like Lelene and Natacha share their bokits with the world, they most love feeding friends, family, and locals. “Caribbean people love bokit,” Lelene said. “The most important customers are the Caribbean.”

Spirits + CocktailsHow To Eat and Drink Your Way Through Grenada, the Caribbean’s Most Flavorful Island
Tagged
Food + Drink
What did you think of this story?
Meh
Good
Awesome