The secret weapon of the United Kingdom lies in the abundance of country manors and castles which have been given a new life under the creative minds of some of the commonwealth’s top hoteliers. As maintenance costs increased for the aristocracy, many wealthy families were begrudgingly keeping their ancestors’ houses in a state of disrepair, waiting for a way to utilize the estate in a new way. With lavish grounds and roomy interiors, these houses were ready-made to be turned into castle hotels at the hands of an entrepreneur.

The hospitality industry throughout the UK has blossomed lately and what’s en vogue in other markets are built into the DNA of Britain. From dedication to farm-to-table dining to eschewing commercialization, boutique hotels have been paving the way for British tourism and now it’s their time to shine.

In speaking with Gavin Landry, executive vice president for the Americas and Australia, of VisitBritain, he summarized it best.

“Britain is blessed with many castles and estate homes, often in beautiful locations across England, Scotland and Wales. Many of these national treasures have been reimagined as stunning hotels and bed and breakfasts that combine elements of Britain’s iconic history with modern amenities including fine dining, cooking schools, country clubs, spas, gardens, and natural estates to be enjoyed for generations to come.”

So now is your chance to see — and stay — up close and personal with some of the most beautiful houses built across the UK which have been given a second life to make a vacation fit for royalty. Here are seven castle hotels we recommend to make the most of your time on the British Isles and live out your ultimate Downton Abbey fantasy. 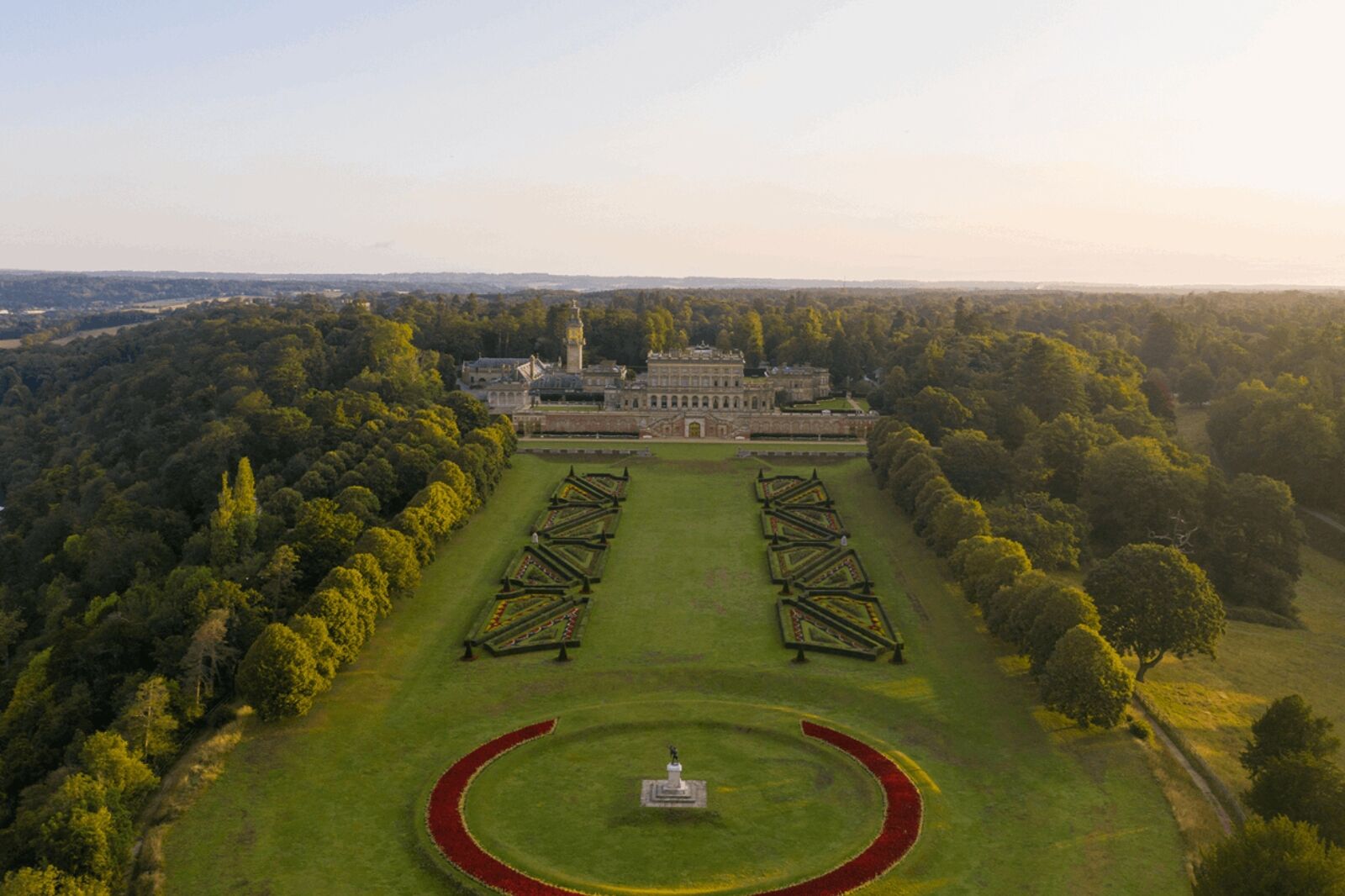 Cliveden House is a luxurious five-star hotel located in the rolling hills of Berkshire, England. The property dates back to the 1700s and was a gift from the Duke of Buckingham for his mistress. National Trust grounds stretch over 376 acres, which guests are free to roam, or you can enjoy a bit of relaxation in the world-class spa. The five-star hotel has a verity of world-class dining options, including an afternoon tea fit for a queen. 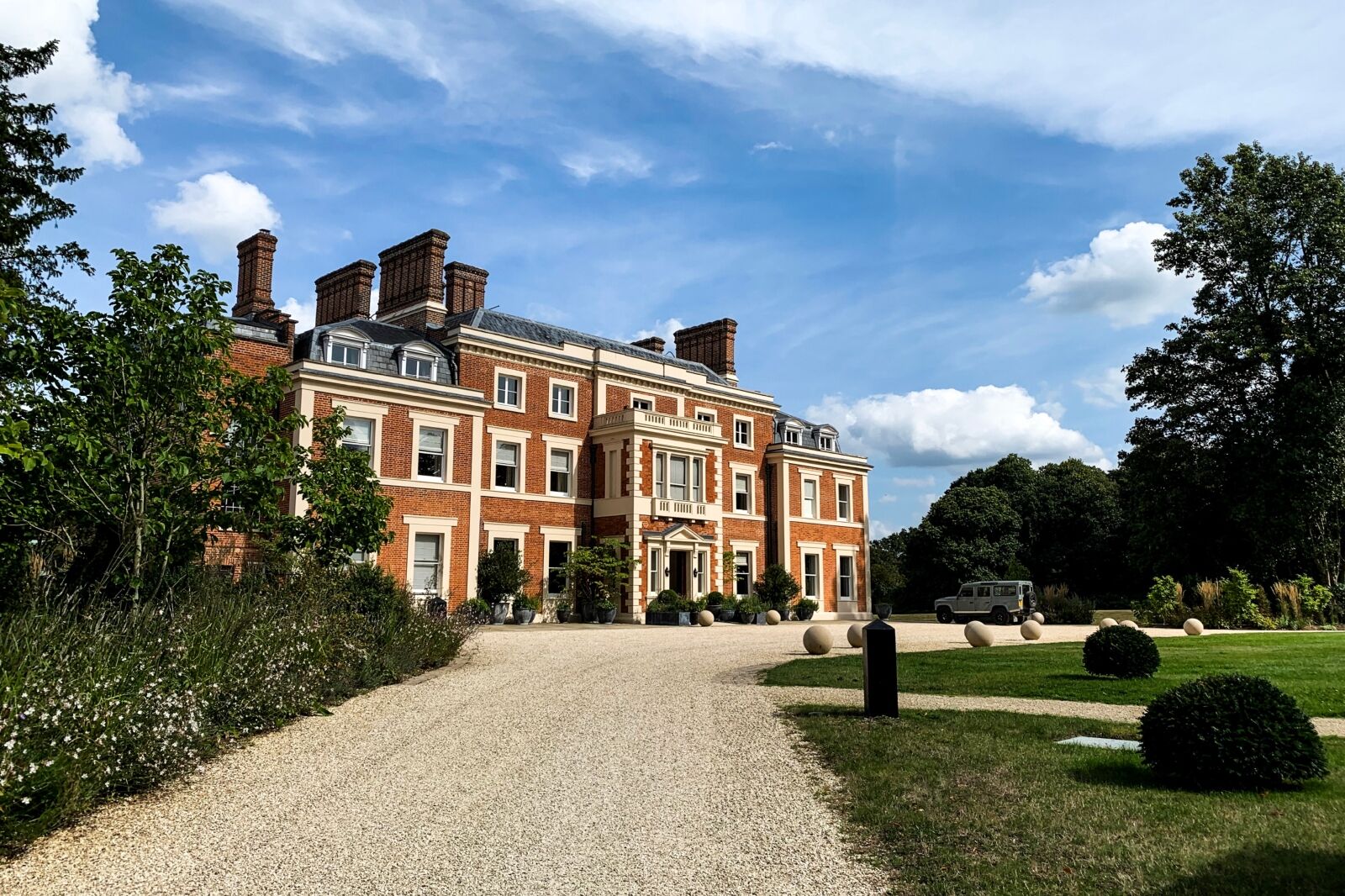 Looking at this Georgian manor house, one could easily see it being the background setting for a Nancy Mitford novel. With its grand facade and homey feel, it’s the perfect balance between luxury and comfort. Heckfield sits on 400 acres and part of the surrounding estate includes a farm, which supports the overall approach to environmental consciousness and sustainability, which goes into many facets of the operating practices of this estate. 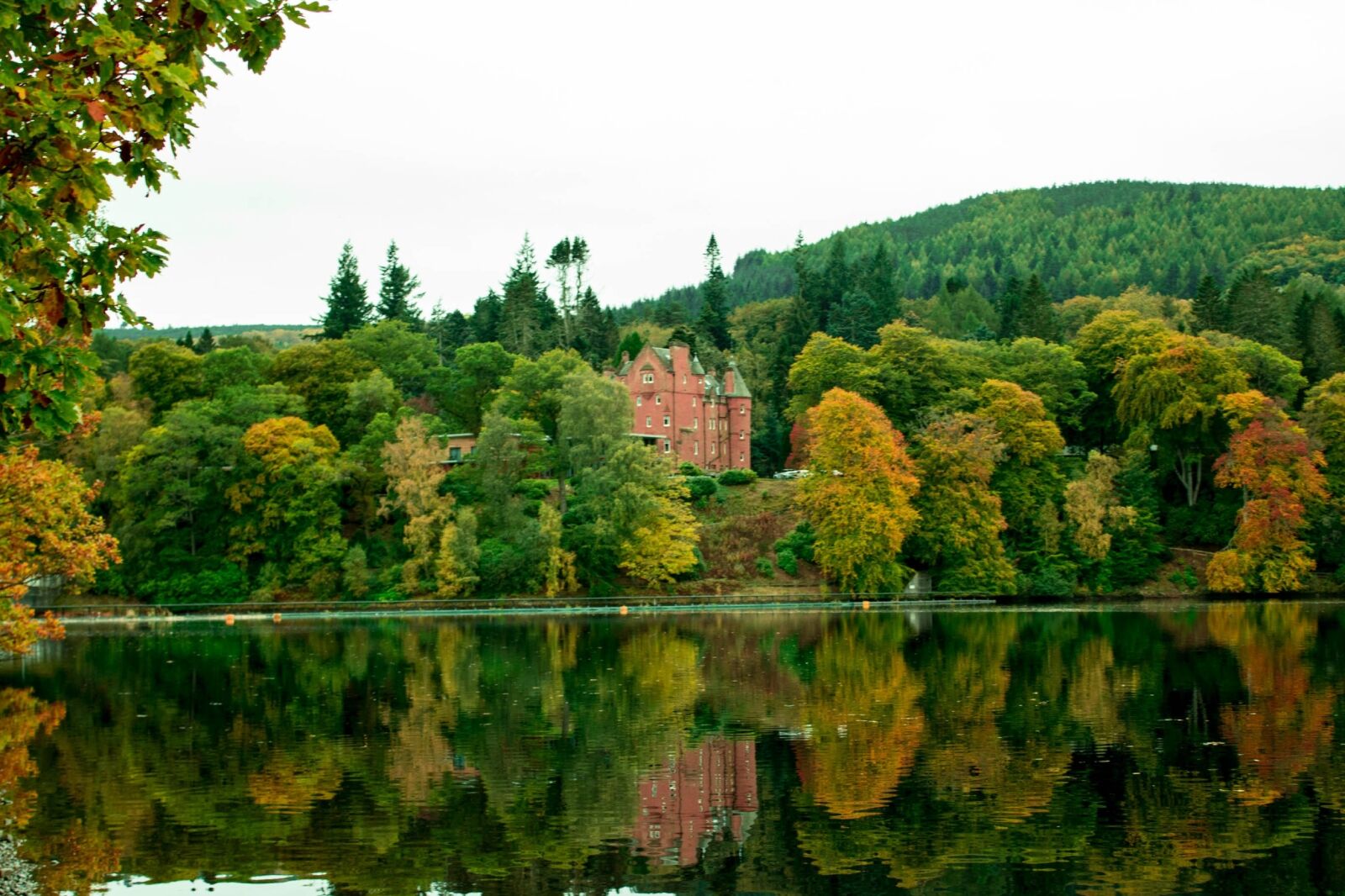 Castles come in all shapes and sizes, and Fonab Castle is little but full of charm. With its dusky pink exterior and boutique-style 18 room interior, it balances luxury and British hospitality perfectly. While the castle itself has been consciously restored to keep its traditional appeal alive for guests, the amenities are very modern. There are self-contained pods to keep warm while sipping a cocktail and overlooking the nearby loch or a 15-meter swimming pool to burn off calories from the brasserie. 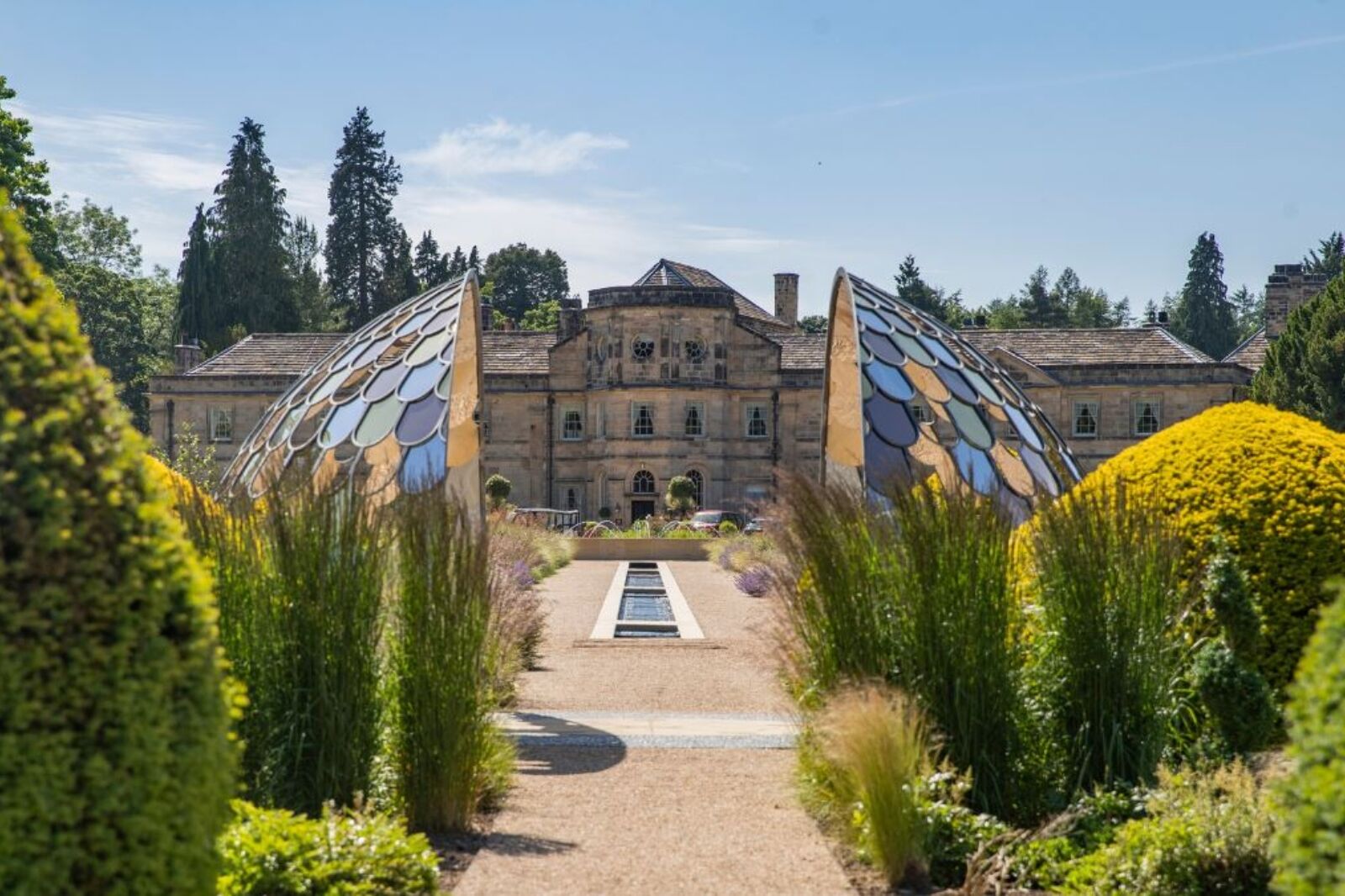 Originally built as a large house for Grantley family members in 1804, Grantley Hall was transformed into one of Britain’s greatest hotels when the family decided to open their doors to visitors in 2016. With 47 rooms, a Michelin-starred chef on property, a spa, and five restaurants to choose from, Grantley Hall ticks the boxes for anyone looking to really indulge while on holiday. Guests can enjoy a range of activities such as horse riding, shooting and falconry while relaxing in one of England’s most comfortable retreats. 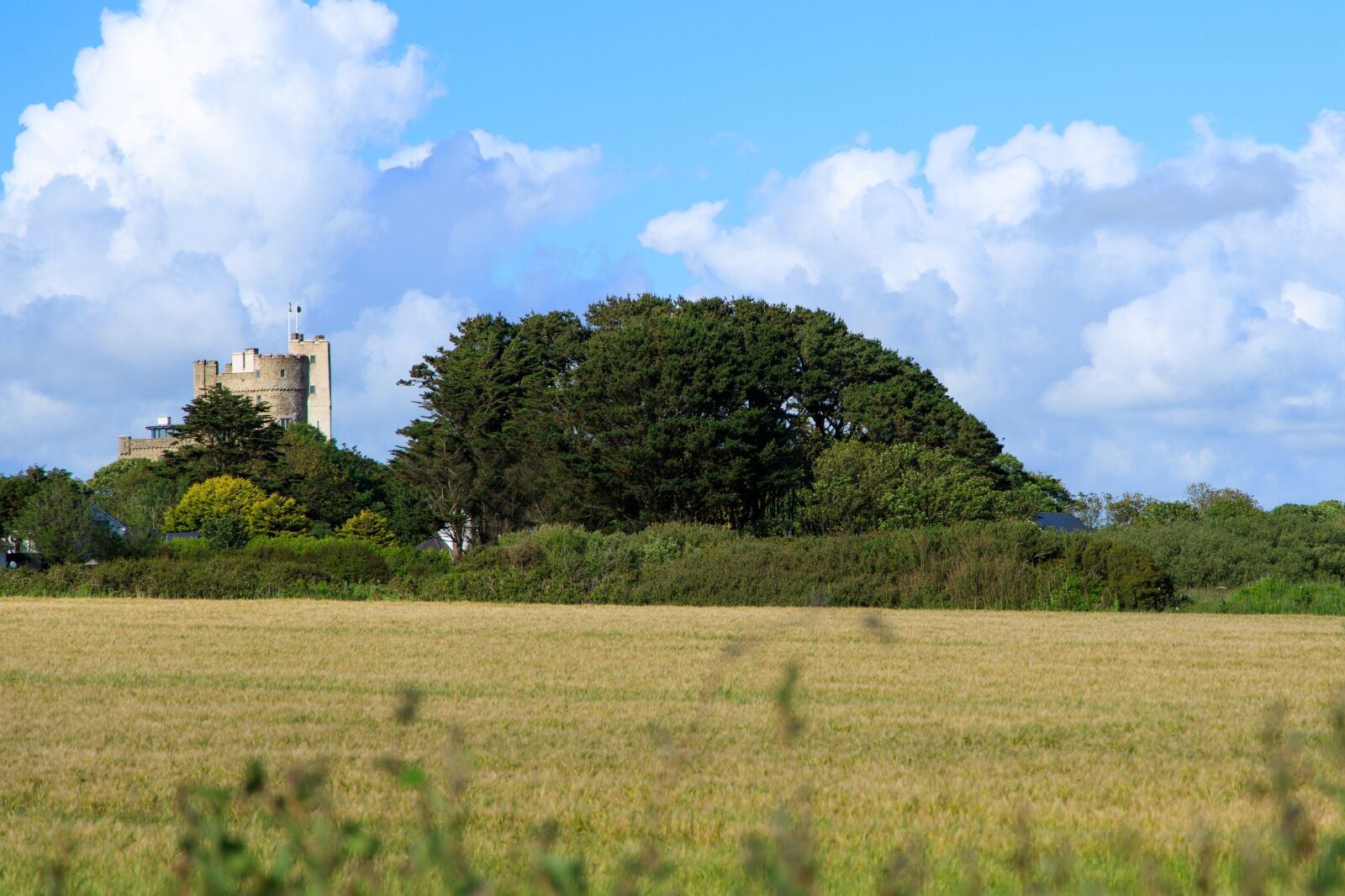 Roch Castle, located in Haverfordwest, Pembrokeshire in South Wales, is a historical landmark steeped in centuries of history. The castle was built by Walter de Roch during the Norman conquest more than 900 years ago and has been occupied ever since. It is one of the few truly intact medieval castles that remain in Britain today. The hotel sits on a volcanic, rocky outcrop and offers a 360-degree view of Pembrokeshire, making it a great option for those looking to marvel at the natural beauty of Wales. 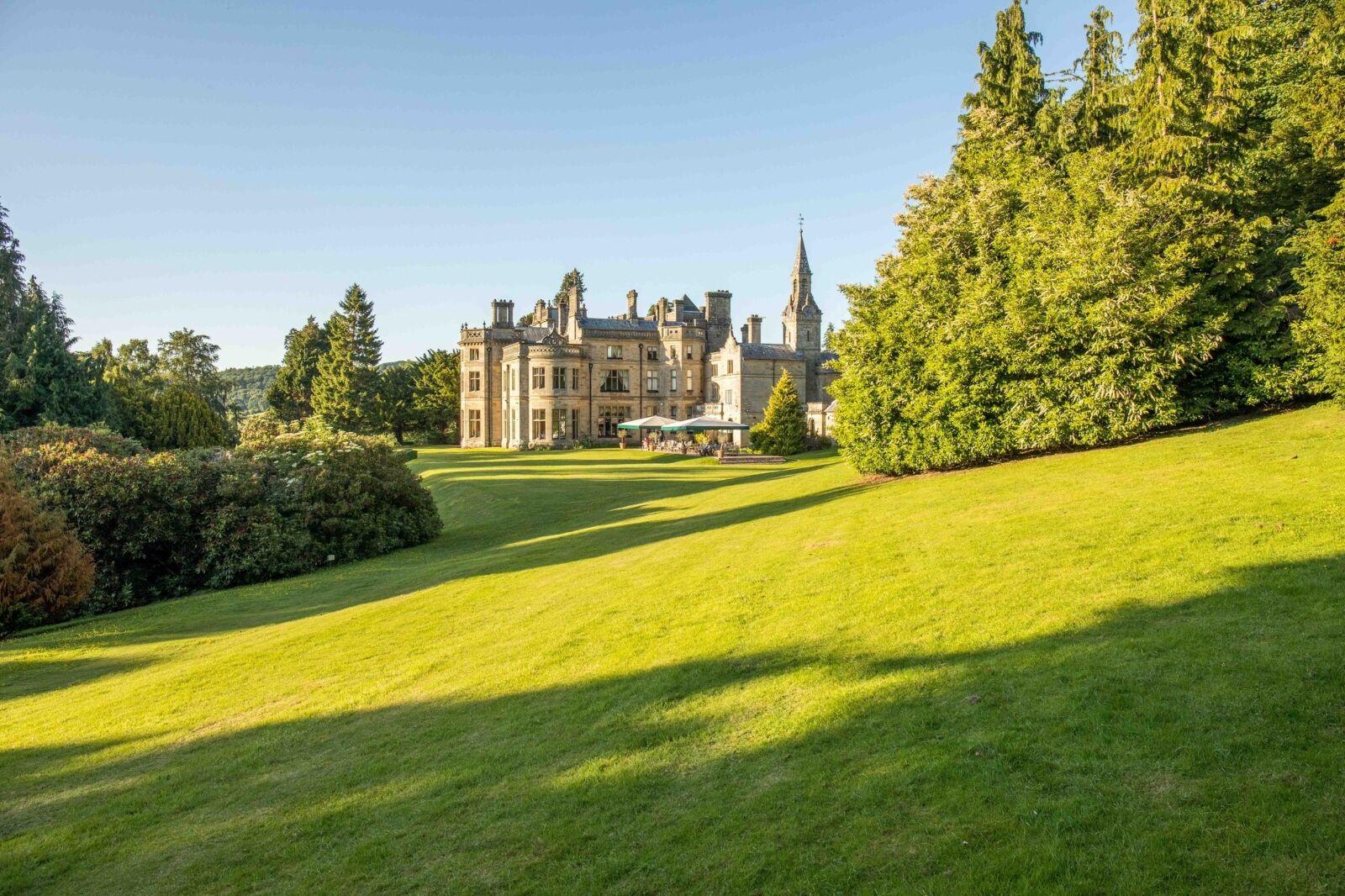 When you arrive at Palé Estate, you’ll be welcomed by the beautiful country house hotel that homes luxurious suites, restaurants serving delicious local produce, and plenty of activities to enjoy.

Palé Estate in Llandderfel was built in the 17th century. It was originally owned by William Glynne and then passed down to his son, Sir Stephen Glynne. The estate remained with the family for over 200 years, until it was bought by William Parry-Powell in 1914. He improved and expanded Palé’s grounds, transforming them into a beautiful country park. 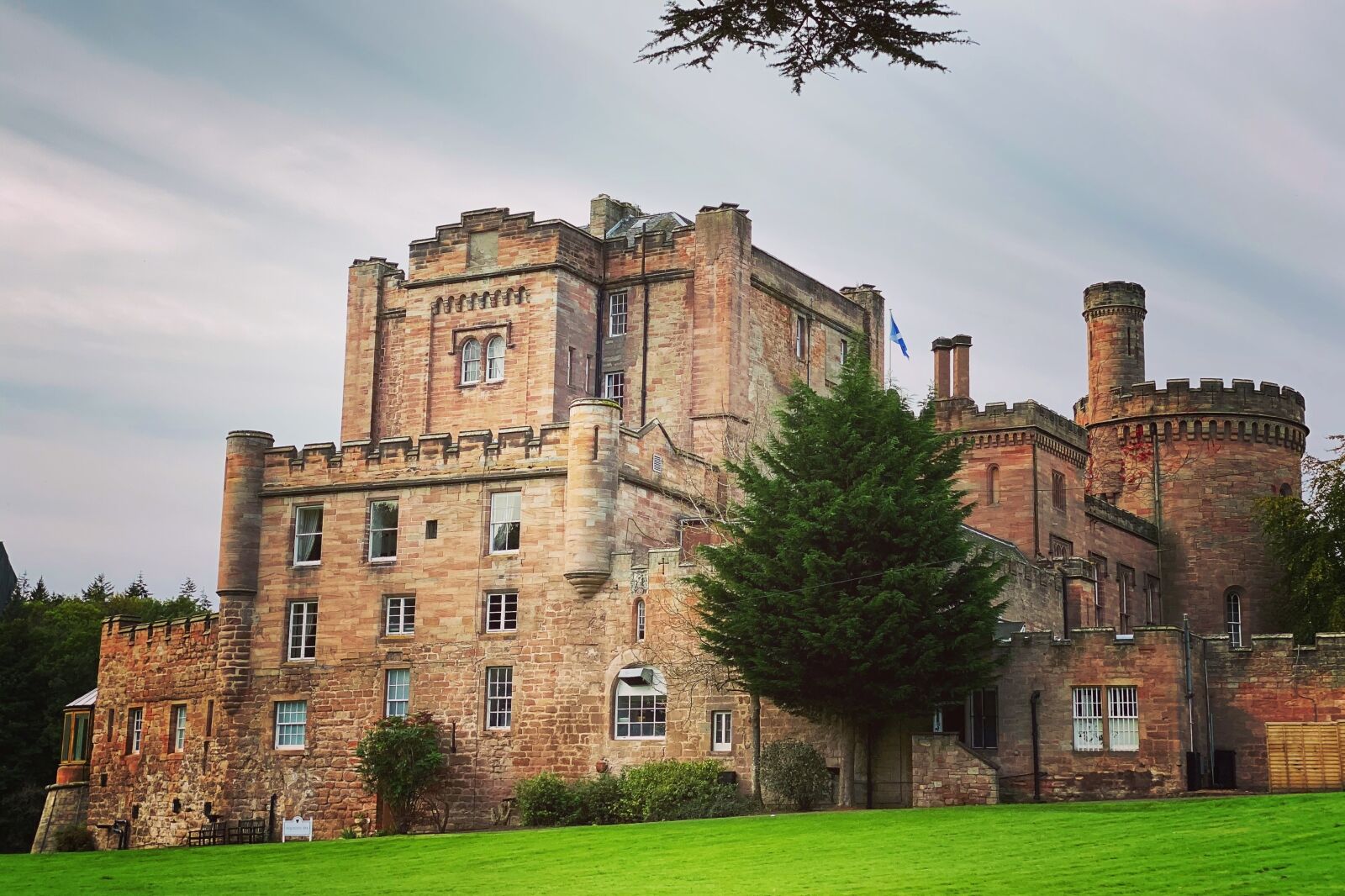 With over 800 years of history, quite a few notable figures have stayed at Dalhousie: Oliver Cromwell, King Edward I, and Mary Queen of Scots, to name a few. And now you can, too. Dalhousie is as classic as it comes in terms of architecture and the interior has been meticulously designed to keep all the charm of the castle while still making it feel like a luxury hotel. Most surprising, perhaps, is the proximity to a large city. Dalhousie is only eight miles from Edinburgh, making it the perfect getaway while still having access to some urban adventures during your stay.

Train TravelHow To Take a Castle and Whiskey Tasting Train Through the Scottish Highlands
Tagged
Art + Architecture Epic Stays United Kingdom
What did you think of this story?
Meh
Good
Awesome