Electrify America, the largest network of fast-chargers in the United States, just launched a new home-based charging station, HomeStation. This is great news for travelers driving electric vehicles, who have been limited to staying in large hotel chains with charging stations — since, until now, charging options have been far less common at boutique hotels, Airbnbs, condos, and other rental properties.

This column talks a lot about the impending takeover of electric vehicles, and access to charging stations is key to that process. Many older EVs can only travel 200 miles or less between charges, and, until the last few years, charging stations weren’t a guarantee in many places. Companies like Electrify America, which has 500 locations, 2,200 stations, and strategic partnerships with companies like Love’s Travel Stops, are placing ever more charging stations in convenient locations.

But gaps remain. A poll from Forbes found that the biggest thing preventing American car buyers from making the switch was lack of range. Another issue facing travelers is keeping their vehicle charged while staying for multiple days in one destination. With HomeStation, Electrify America hopes to address that need.

“As automakers continue to develop more electric models and supportive policy is enacted by the new administration, driving an EV is more top of mind than ever before,” Nina Huesgen, Electrify America’s senior manager of home and e-commerce, told Matador. “As such, the desire for convenient charging on-the-go and at home, where most charging is done, will increase as well.” 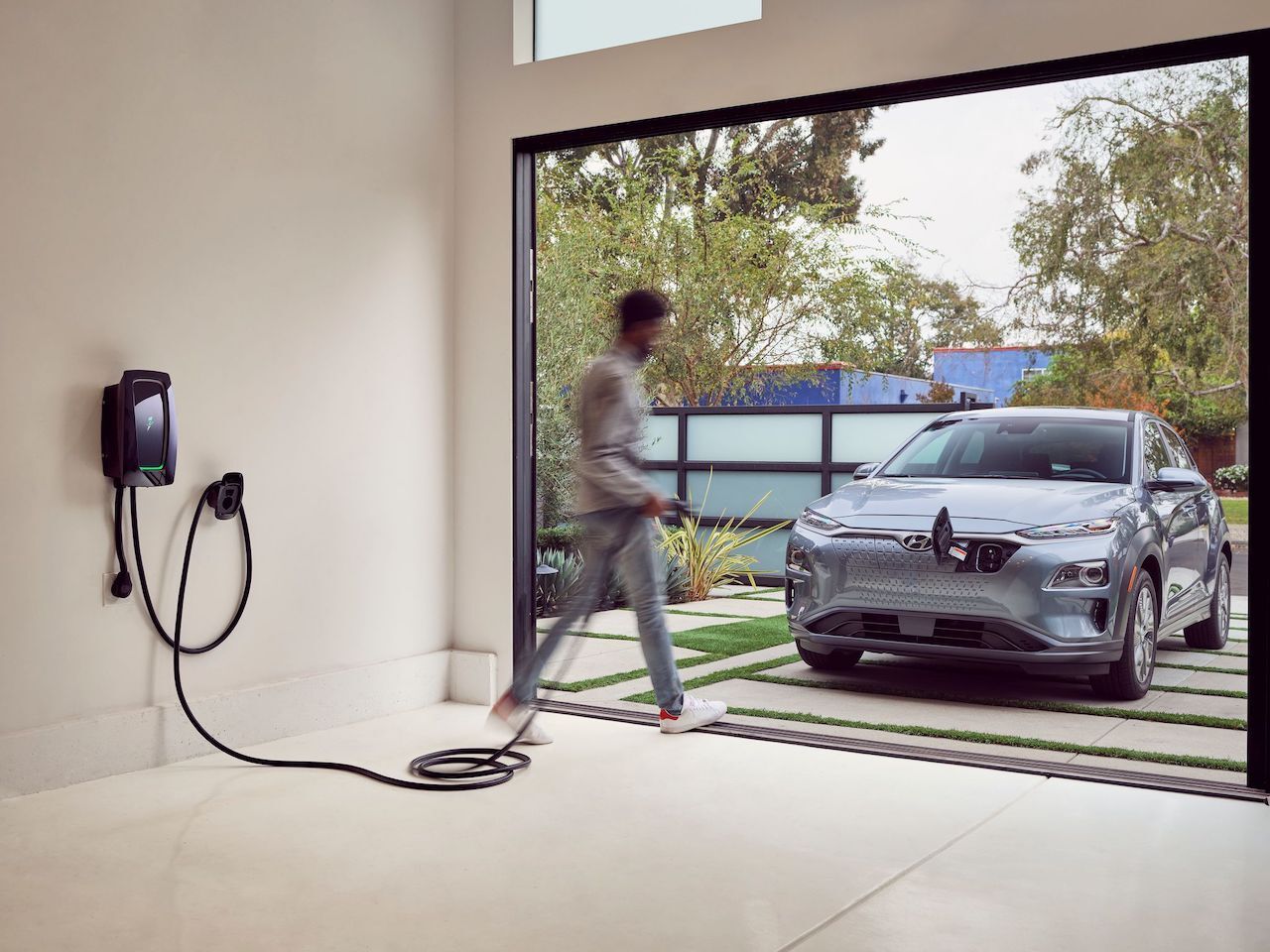 For travelers, the “home” aspect means while their vehicle is parked overnight, such as at an Airbnb. While the chargers aren’t as fast as commercial charging stations, they can charge up to 33 miles of range per hour. Speaking directly to whether these stations are viable for Airbnbs and other homeshare programs, Huesgen said that HomeStation’s design, along with various installation and charging options, “offers versatility and ease of use, making it ideal for vacation property operators who would like to make road-tripping in an EV easier than ever.”

For example, Airbnb property owners could install a unit in the garage that is able to charge most EVs, and in the case of condos and apartments lacking garage space, the system could go outside in front of, or near to, dedicated parking spaces. The unit is smaller than most EV charging stations and can be installed nearly anywhere power from the home can reach it.

“One of the highlighted features of the all-new HomeStation is its NEMA 3R rating and ability to be installed both indoors and outdoors,” Huesgen said. “The charger also includes a 24-foot charging cable that allows users to easily reach their EV’s charging port.”

This is all pretty straightforward, but the coolest part about all this is that, as industry leaders diversify their charging station options, it becomes easier than ever, and cheaper than ever, for travelers to road trip in an EV and for hospitality businesses to provide EV charging to their customers — much like you wouldn’t rent a place out without Wi-Fi. The charger even features programmable Wi-Fi and can integrate with Amazon’s Alexa and Google Assistant. We’re not there yet, but as the percentage of customers arriving in an EV increases in the coming years, the market will demand it.

General Motors just got one-upped. After GM stated earlier this year that all of its new vehicles would be electric by 2035, Volvo announced this week that it would do the same five years faster — by 2030. “Instead of investing in a shrinking business, we choose to invest in the future – electric and online,” said Chief Executive Håkan Samuelsson in a press release. The question now becomes, which automaker will make a 2025 pledge?

Democrats in the US House of Representatives introduced legislation this week to make the US net-zero by 2050, to cut emissions of greenhouse gases 50 percent by 2030, and to move to fully renewable power sourcing by 2035. The CLEAN Future Act moves President Biden’s ambitious climate agenda forward, and though it likely won’t pass both chambers of Congress as is, it provides a strong basepoint for further negotiations.

Dana Point, CA, became the first certified Whale Heritage Site in the US in January, a designation that seeks not only to help travelers view whales but to educate them about conservation efforts via water trips and hiking trails in the area. It might be a great place to take an EV road trip this summer.