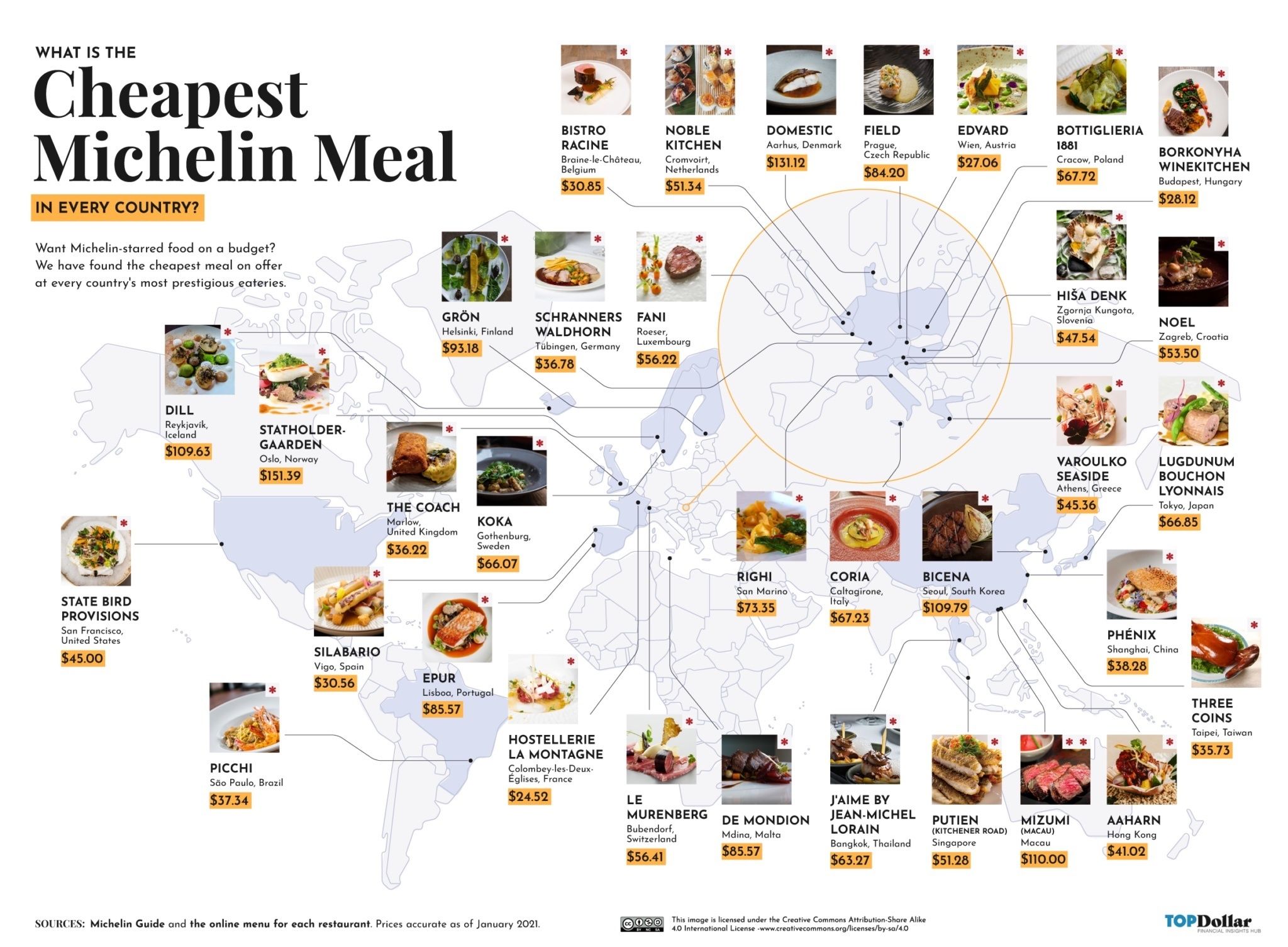 To zoom in on the map, click here.
Photo: Top Dollar

The cheapest Michelin-starred restaurant is Hostellerie la Montagne in Colombey-les-Deux-Eglises, France, where the menu is set at an incredibly affordable $24.52. In the US, the cheapest restaurant is State Bird Provisions in San Francisco, with a three-course meal for $45.

To see the full list of the cheapest Michelin-starred restaurants in the US, check out Top Dollar’s report.