From Manhattan’s Mott Street to the bustling, colorful streets in Flushing, Queens, New York is home to one of the largest populations of Chinese people in the nation. Throughout the mid- and late-1800s, Chinese immigrants began arriving in New York in search of work opportunities and the possibility of a brighter future for their families. They didn’t always find – as a result of legally-exclusive policies like the Chinese Exclusion Act of 1882, violence against Chinese people imperiled their livelihoods. Despite those challenges, these resilient people formed their own thriving communities. Thus, the many New York City Chinatown neighborhoods were born.

Today, there are three main Chinatown neighborhoods in New York City: Manhattan, Flushing, and Sunset Park, as well as six concentrated hubs for Chinese food, including Bensonhurst, East Village, Elmhurst, Forest Hills, Homecrest, and Little Neck. These areas make up the cultural and food fabric of New York, and Chinatown NYC restaurants offer an opportunity to engage with these communities in the most delicious way possible.

This guide has everything you’ve ever wanted to know about the Chinatown, from a little bit of history of each location to the best place to start your exploration. And because the highlight of each Chinatown neighborhood, no matter where you, is the exceptional, unmissable food – from soup dumplings to congee – we also included the restaurants in Chinatown NYC restaurants where every visitor should reserve a table.

Here’s the Matador Network guide to the best Chinatown NYC restaurants from Manhattan to Queens. 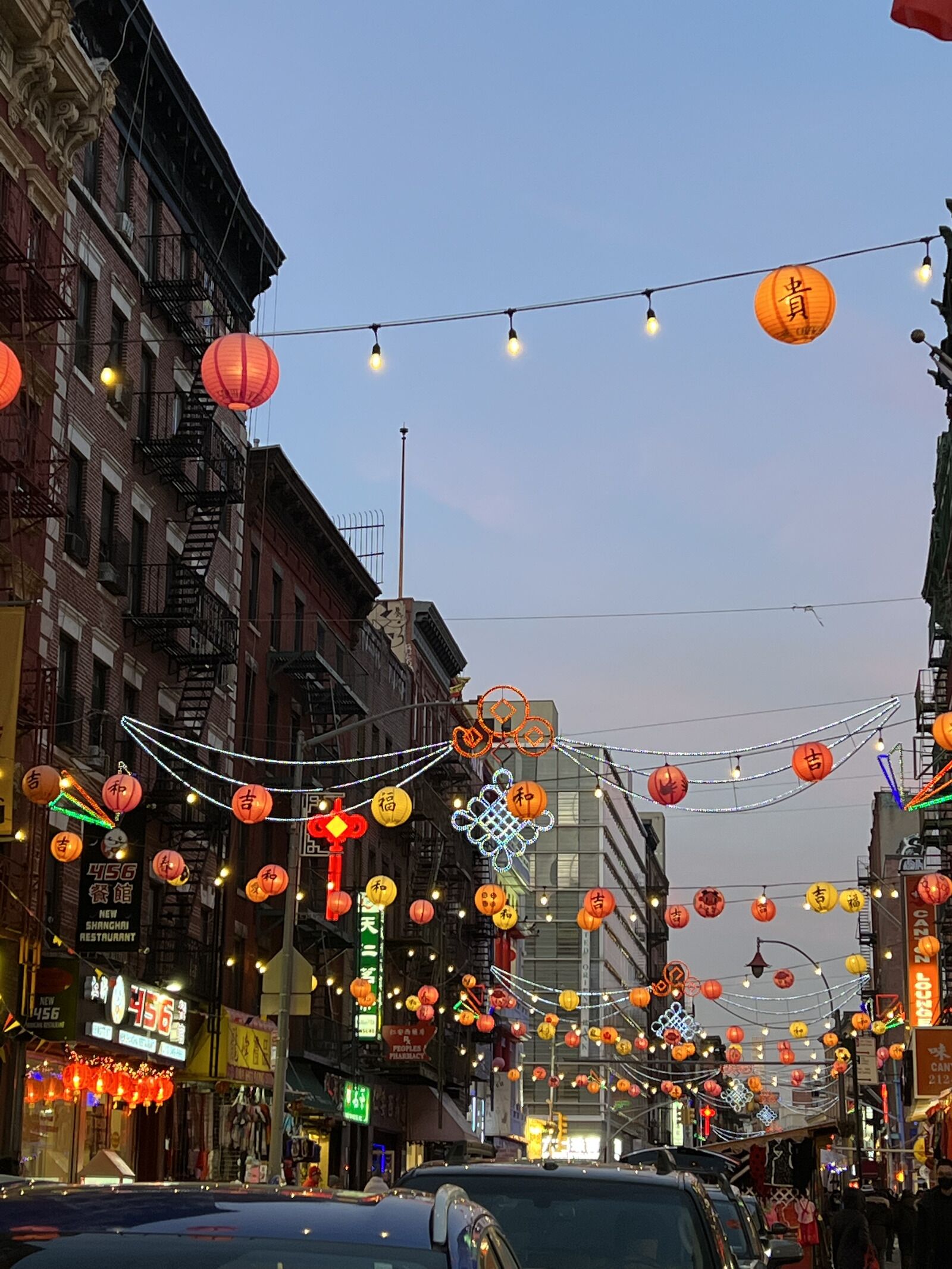 Neighboring Little Italy, the Lower East Side, and Tribeca, Manhattan’s Chinatown is New York’s largest Chinatown. Beyond being one of the city’s oldest ethnic enclaves, Manhattan’s Chinatown is home to the highest concentration of Chinese people in the Western hemisphere. During the 1870s, New York’s Chinese population began to grow as a result of the Burlingame Treaty, a deal that granted Chinese people rights to free immigration and travel within the United States and the most favored nation status during the purchase and sale of goods between the U.S. and China.

In the 1890s, Chinatown only comprised three blocks and consisted of three main streets: Pell, Doyer, and Mott. As more Chinese immigrants trickled into the neighborhood, Manhattan’s Chinatown grew. Today, New York’s Chinatown is one of the city’s most bustling neighborhoods, and it has grown to become a cultural and food hub both for tourists and people who live in New York. In its narrow streets, you can find hand-pulled noodle joints, souvenir shops, and street vendors selling fresh fruit and vegetables. Like Chinatowns across the U.S., Manhattan’s Chinatown was born out of a need for a safe space where Chinese people could live, work, and build community. For decades, Chinese people were legally excluded from entering the U.S., but Manhattan’s Chinatown will always be a welcoming home base — and visitors will find some of the most iconic Chinatown NYC restaurants in this neighborhood.

Nom Wah Tea Parlor: This vintage tea parlor dates back to the 1920s, where it first opened its doors as a bakery and tea room. Today, visitors can experience legendary dim sum service, an assortment of steamed buns, and of course, steaming pots of tea. 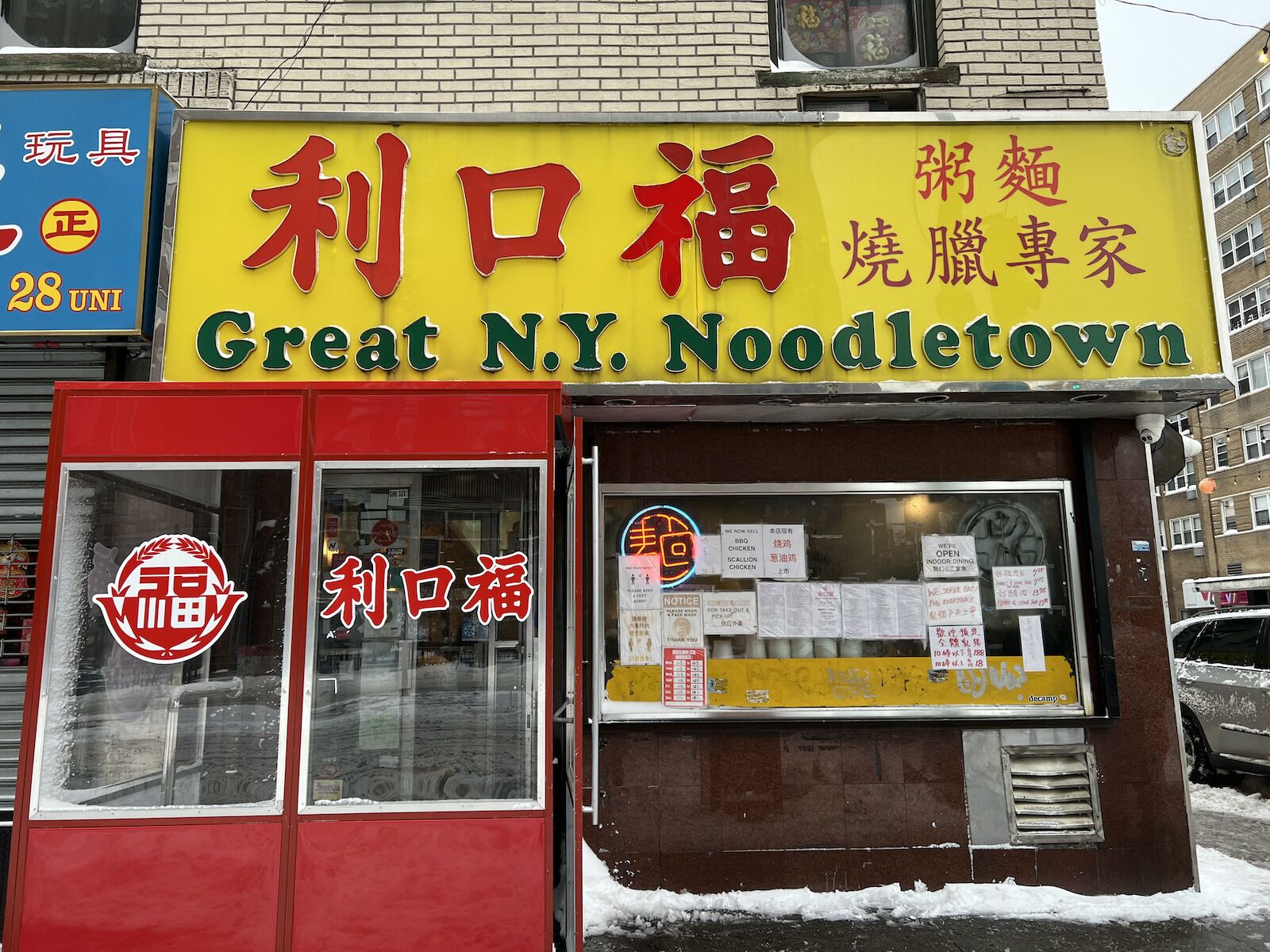 Great NY Noodletown: Nestled in the corner of Bayard and Bowery, Great NY Noodletown offers some of New York’s best Cantonese-style wonton noodle soups, congee, and BBQ roasted pork. Once you take a bite of your meal, you’ll understand why it’s no surprise why it attracts a large crowd, from locals to out-of-towners. 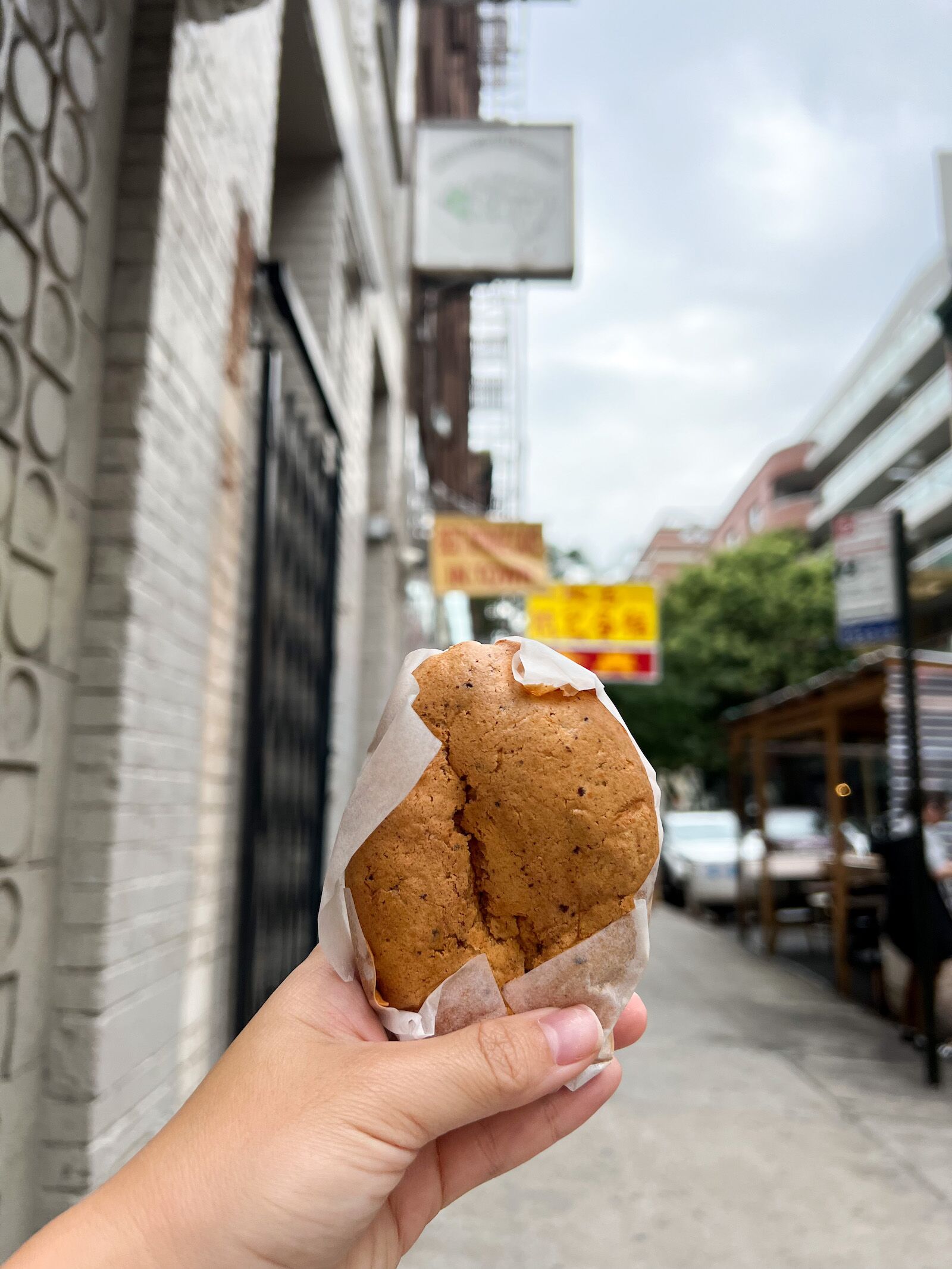 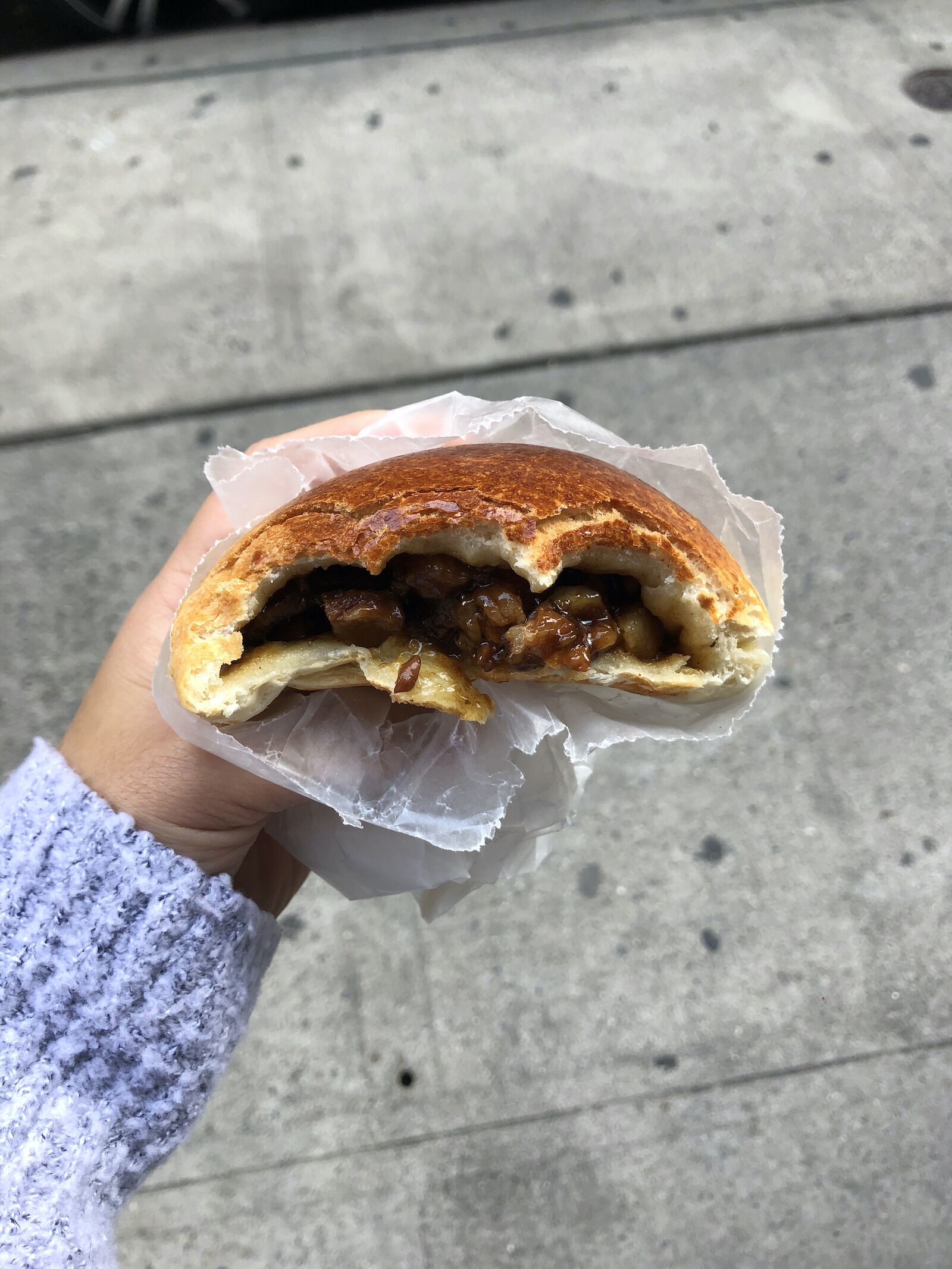 Mei Lai Wah: Mei Lai Wah is most famous for its BBQ pork buns. The color storefront, with pictures of all the menu items plastered to the windows, is an iconic New York City landmark. The pineapple buns with roast pork are another favorite among locals.

Named Vlissingen, Flushing was originally a part of New Netherland. The British would eventually incorporate Flushing into Queens County in the early 1680s. Flushing’s identity would then change over its 370-year history by the communities living there. The populations changed from being predominantly Dutch, to English, to Italian and Jewish, and today, Chinese people have made their own mark on the neighborhood.

It wasn’t until 1970 when Flushing’s Chinatown began to form. Unlike Manhattan’s Chinatown, which consisted of predominantly Cantonese-speaking people, Flushing’s Chinatown had predominantly Mandarin-speaking Taiwanese immigrants, who moved to Flushing to escape language barriers and to look for better housing conditions. Flushing is now home to many different ethnic groups, including Chinese, Taiwanese, Korean, Filipino, Indian, and Hispanic people.

Platters of noodles and duck buns at Shanghai You Garden. Photos: Kayla Hui

Shanghai You Garden: Located right on 40th Road, this Shanghainese establishment serves up handmade soup dumplings filled with crab meat and pork, dim sum, and noodle dishes, both pan fried and in broth.  It’s also famous for its roast duck. 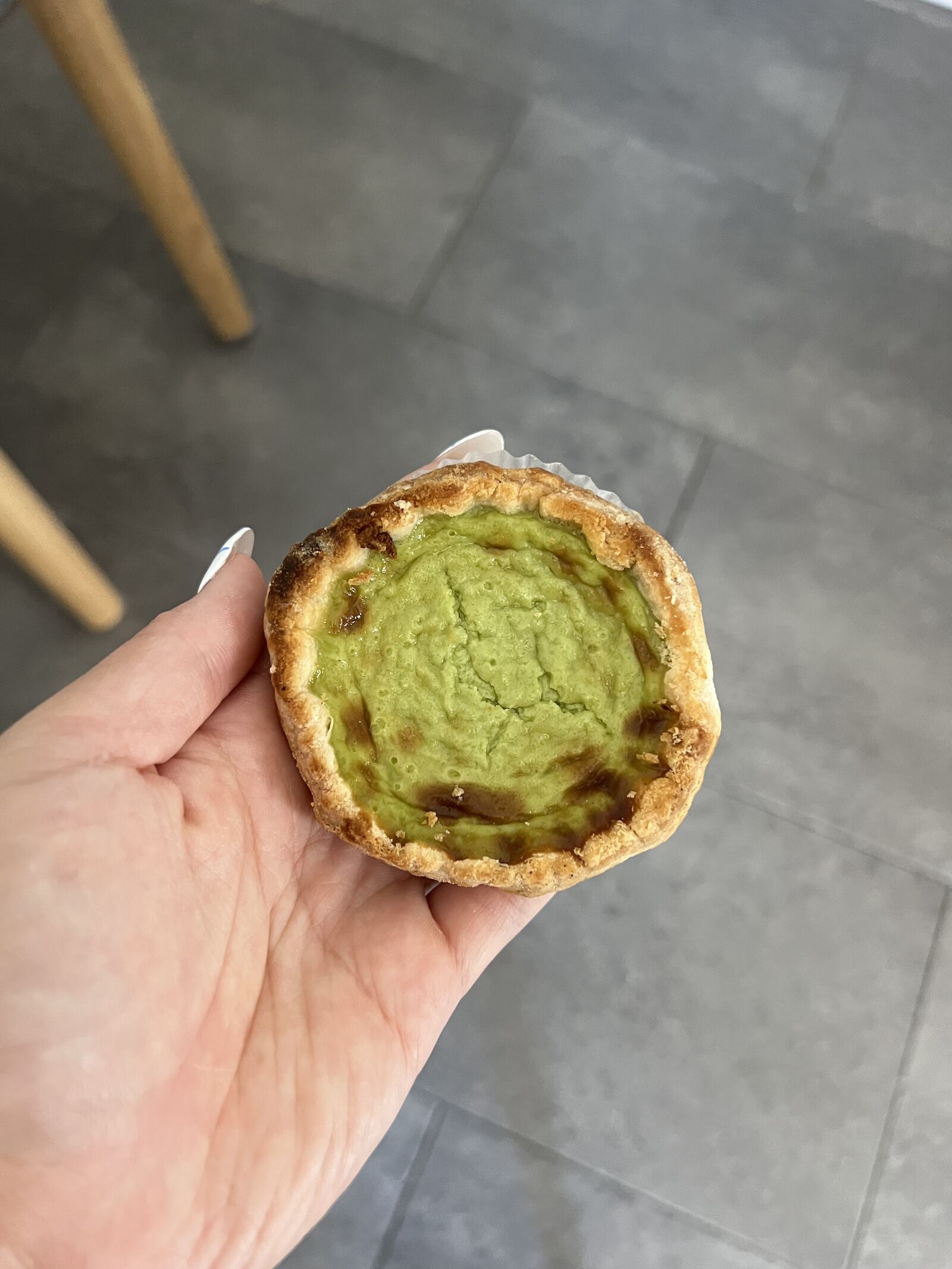 Tai Pan Bakery: If you have a sweet tooth, make sure to stop by this bakery. Enclosed in the glass display cases are a selection of cakes and sweet and savory breads like coconut cream buns, sesame balls, and BBQ pork buns. The bakery also specializes in cakes, in flavors like mango and taro, decorated with fresh slices of fruit. Fair any of their pastries with a fruit slushie.

Cuppa Tea: Cuppa Tea is the place to be if you’re looking for a Hong Kong-style milk tea. There are many varieties of tea here – from milk foam, iced fruit tea, and fruit slushies. You can also snack on egg waffles and curry balls while you’re there.

In the mid-1980s, Sunset Park saw an influx of Chinese immigrants from Taisan and Guangzhou to the neighborhood’s Eighth Avenue; it’s believed that early Chinese immigrants moved to Eighth Avenue because eight implies good luck, fortune, and prosperity in Chinese culture. With a rapid influx of Cantonese-speaking people into the neighborhood, businesses began to develop and commenced the formation of New York’s third, and perhaps most underappreciated, at least among tourists, Chinatown neighborhood.

Unlike Manhattan and Flushing, which boasts larger crowds and more tourists, Sunset Park’s Chinatown remains one of the least visited Chinatowns in New York, but it continues to grow. Today, the community sits on Eighth Avenue, extending from 42nd to 62nd street, and is a worthy contender for some of New York’s best Chinese food.

LaoJie Hotpot: When temperatures turn brisk, you can always count on hot pot to warm you right up, and LaoJie offers an all-you-can-eat hot pot menu featuring different slabs of meat, vegetables, and a selection of seafood.

Xin Fa Bakery: A trip to Xin Fa will have you leaving with a box (or two) of its sought after Portuguese egg tarts. They’re buttery, filled with subtly sweetened egg custard, and have an irresistible, flaky dough that’ll have you going back for more.