Iceland’s glacial rivers flow from the edges of the country’s Highlands, often spanning 100 miles or more before spilling into the frigid waters of the North Atlantic. At Glacier’s End is an anthem to these glacial rivers and those working to protect them, a stunning book uniting the work of renowned surf and adventure photographer Chris Burkard and writer Matt McDonald.

The coffee-table-perfect collection showcases Burkard’s photographs of the Icelandic Highlands over the span of more than seven years. McDonald’s words tell the stories behind the photos and give us background on the urgent need to protect these rivers and the glaciers that spawned them through the creation of a conservation area under the name Highlands National Park.

Matador spoke with Burkard and McDonald and learned that the goal of the book, like the goal of the park itself, is to both protect the sacredness of the Icelandic Highlands and simultaneously provide an economic driver to the country’s small coastal towns. And for all of us, a new reason to visit Iceland.

Advocating for the protection of Iceland’s glacial rivers 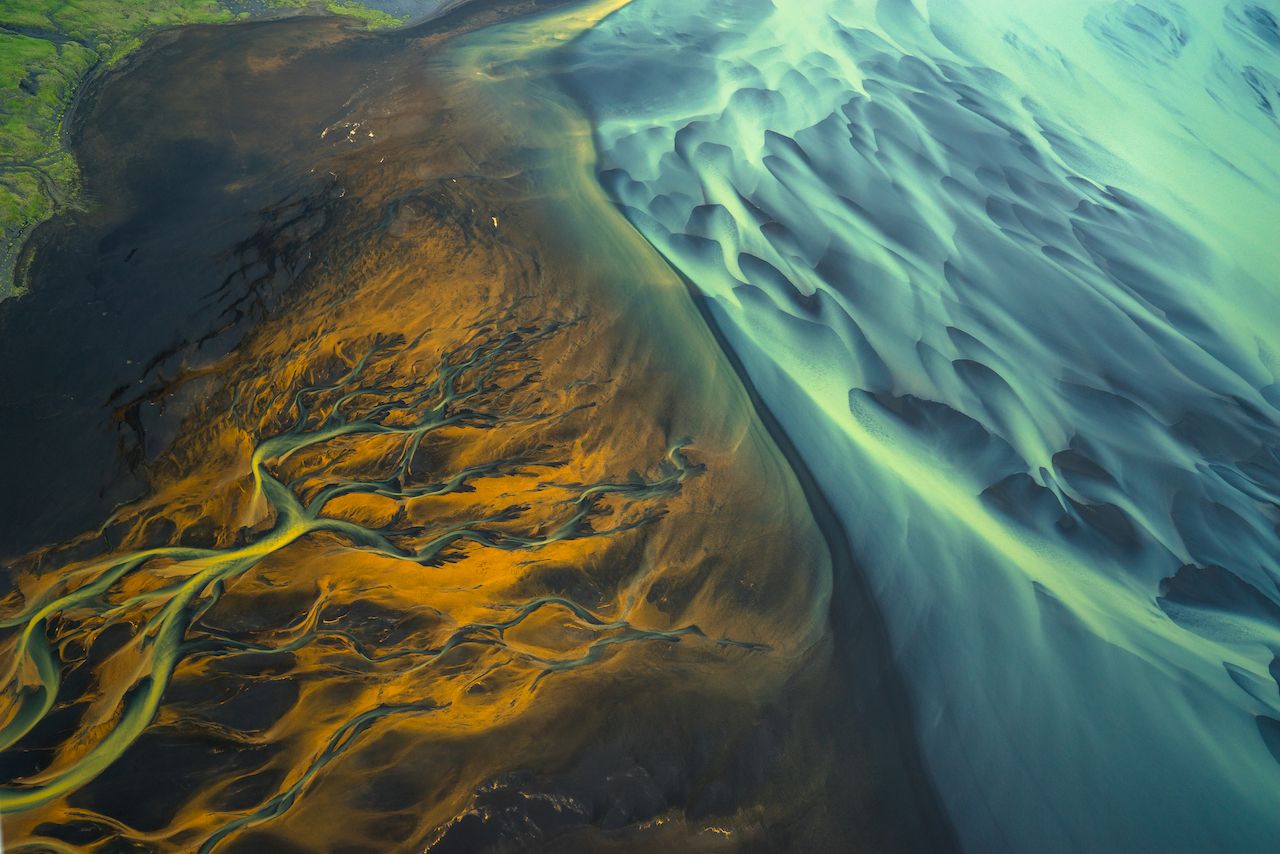 Over several years, Burkard and McDonald undertook multiple research trips to Iceland where they met and worked alongside Steinar Kaldal, the former director of the project to create the park and a current government advocate for its promotion. The pair flew with Haraldur Diego, known to friends and clients as “The Volcano Pilot,” whom Burkhard had met on his first photography trip to the Highlands.

As striking as they are, Burkard’s aren’t photos of pleasure any more than McDonald’s are words of wanderlust. Rather, they’re a conduit for the threatened rivers and the protection needed to keep them flowing to the sea. At Glacier’s End is historical in its text and imagery. Readers learn about Iceland’s first settlers, modern development, and current conservation efforts.

“It’s not that Iceland can’t handle the tourists,” Burkard says. “The problem is that we’ve kind of created this scene where people go there, and they all want to explore the top five things to do. Any time that you get 20 minutes off the trail, all of that really fades away.”

Burkard’s photos are page stoppers in the sense that many, if not most, lead the reader to think they’ve reached the apex. It can’t possibly get better, more visceral, more surreal. Then they turn the page and reads McDonald’s words documenting the threats posed to the landscape. During his photography trips to Iceland, Burkard came to learn that the very places he was photographing were at risk of being dammed by the extraction industry. This wasn’t originally supposed to be an environmental call to action — but through his work and the connections he made on the ground, Burkhard realized there was no other proper way to tell the story.

“I realized I had no business photographing these places unless my work could somehow raise a voice for these voiceless rivers,” Burkard says in the book’s introduction.

Tourists have the power to save Iceland’s glacial rivers, Burkard and McDonald argue, through the simple act of visiting Highlands National Park.

“This is a unique project because the Icelanders are so on board with the message, and we’re able to be vehicles to disseminate that to Americans and those outside Iceland,” McDonald says. “They really believe that (adventure tourism) is their long-term solution. It’s conservation-oriented, but beautiful and fun as well.”

“It’s nice to have a project that tells people exactly where to go to make a difference,” Burkard says.

Building momentum for a national park 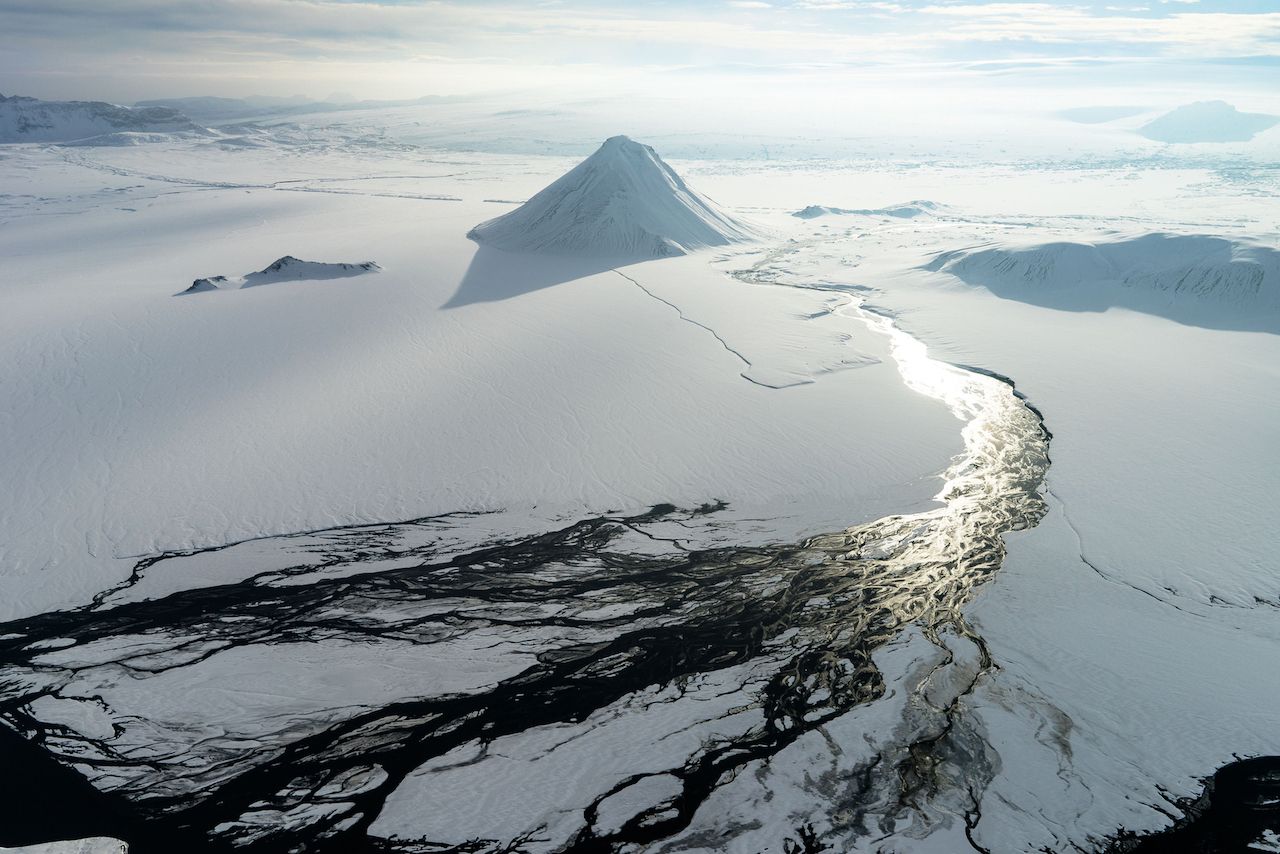 Iceland’s tourism boom is a success story that every tourism promoter dreams of. In less than a decade, the small, isolated island nation has seen tourism numbers quadruple from 459,000 in 2010 to more than two million in 2017. The problem is that those tourism dollars aren’t flowing equally across the country. The bulk of Iceland’s tourism is centered in the country’s southwest, where both its capital and largest city, Reykjavik, and top tourist attraction, the Blue Lagoon, are located. Very few experience the beauty of the Highlands — an area that covers 40 percent of the country — or the glacial rivers the area generates.

This is a double whammy to those living in the small coastal towns caught in limbo between the decline in Iceland’s fishing industry and whatever comes next. Many thought that international aluminum producers were that step. Aluminum mines, lured to rural Iceland’s landscape by the promise of dammed rivers and cheap energy for their operations, have underdelivered on promises of jobs. Due to damming, the extraction industry also stands next to climate change as the biggest threat to Iceland’s glacial rivers.

“The reason we made this book is to advocate for these places that people can experience that are almost off the map,” Burkard says. “There are a lot of parts of the country, a lot of towns, that would really benefit from tourism. For example, you have these folks that are lifetime farmers, that have created a farm stay for tourists that never came. Tourism is in many ways a savior to the issues with the extraction industry.”

As more attention comes to the idea of the park and the importance of the glacial rivers, public perception is changing. This has allowed officials with the Icelandic government to work with local conservationists to create Highlands National Park. “It’s a matter of uniting not only these small towns but the interest groups that really care about using these wild places,” says Burkard.

Putting life’s work toward a valuable cause 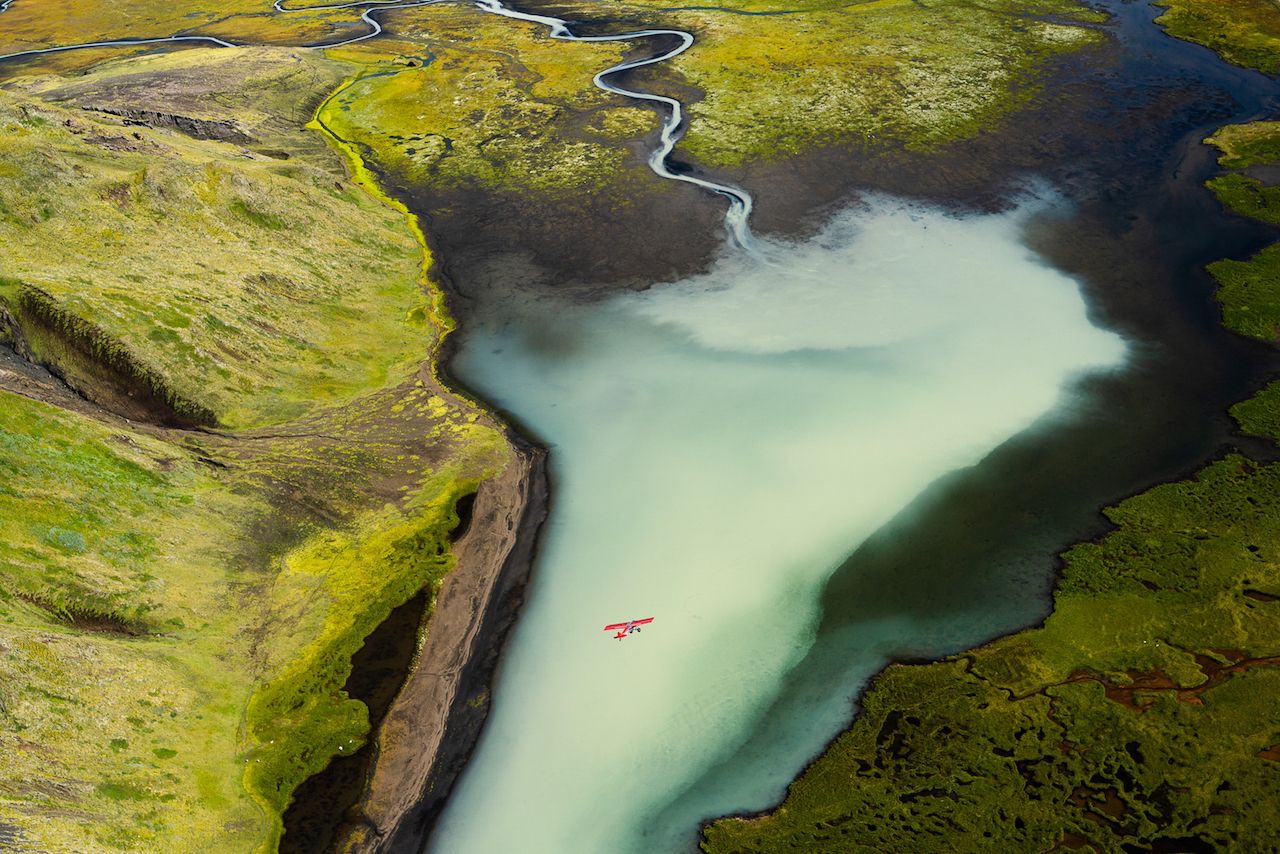 On the surface, At Glacier’s End is a collection of abstract aerial photography. Deeper, it’s a story — told visually and verbally — of an adventurer pinpointing his passion. In conjunction with the conservation efforts it highlights, the book is a testament to travel as a cause for good.

“If it wasn’t for the gift of travel, if it wasn’t for the gift of flight, all of these global issues that we care so deeply about, we would never know about,” Burkard says. “These are truly our eyes to the world. I think that the call to action I have is that I want to be a more educated, better traveler. I want to be someone that goes to places with a purpose and with the hope that I can understand the issues there and speak out for them, no matter how big or small my audience is.”

He continues, “I honestly feel like there’s no greater joy than being able to use your talent for a place that you know needs protection. As a photographer, as a storyteller, you have the ability to witness a place you love or care about and give a voice to it. That, in and of itself, has been such a cool process.” 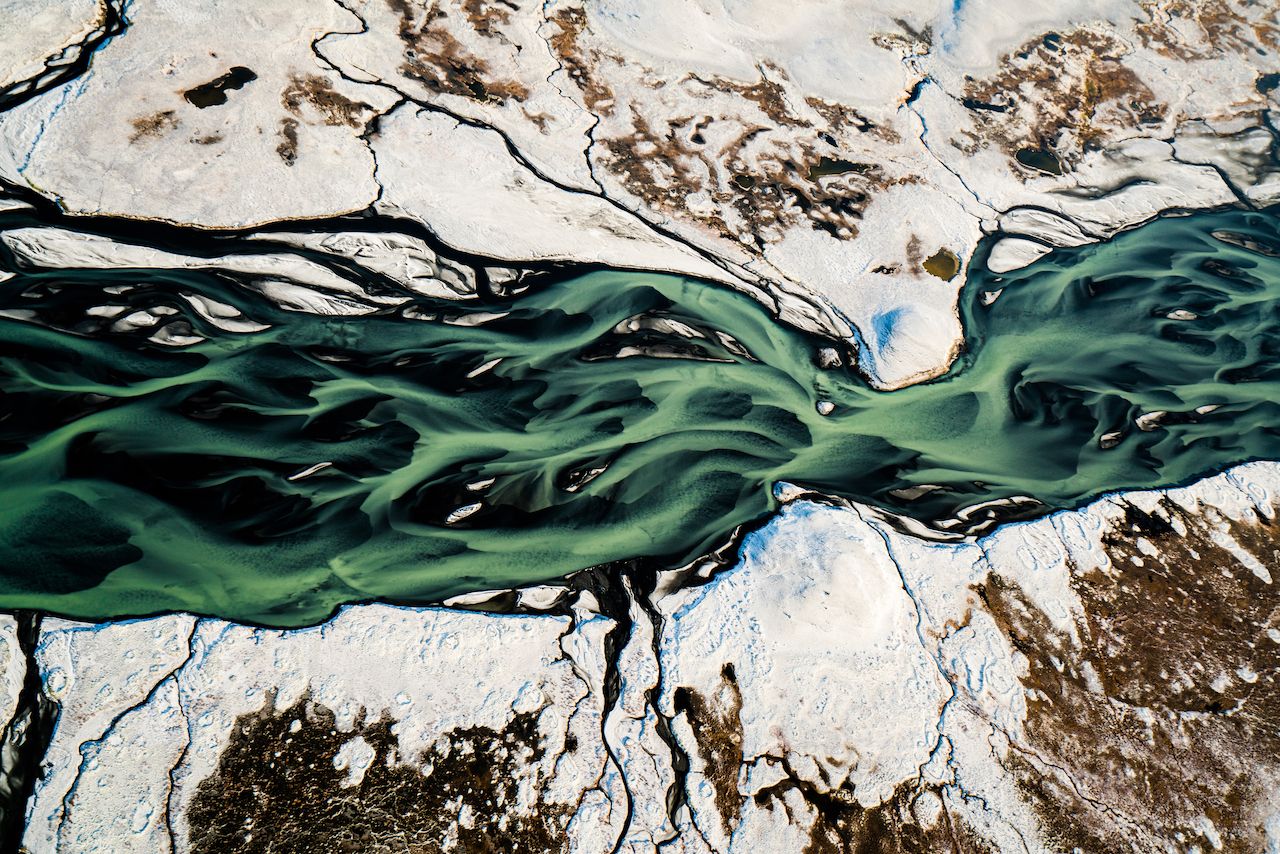 Rarely is the need for conservation told so thoroughly yet so succinctly. The book offers a historical glimpse of the massive island from its earliest settlers and literature-rich commonwealth period through foreign occupation and independence, economic struggle, and budding prosperity. Iceland’s glaciers and rivers are the backbone throughout.

In Burkard’s photos, the little Cessna airplanes casually cruising through the stunning natural surroundings stand — fly, more accurately — as a reminder of how small we actually are.

“In many ways, this is a dream project in the sense that any time you can add a message that speaks to one of the major modern struggles of humanity — coexisting and trying to keep wild places wild — it’s so cool to be able to do that,” McDonald says.

Now it’s on us, as travelers, to help Iceland conserve its glacial rivers and wild natural landscape. Grab a copy of At Glacier’s End and, should you plan a trip to Iceland, visit the future Highlands National Park.