Denmark, like most countries that celebrate Christmas, goes all out for the holidays. The nation hosts some of the best Christmas markets in Europe and heavily decorated trees are easy to stumble upon, but Denmark also has its own special Christmas traditions that you won’t find anywhere else. From sweet treats to special decorations and dances around the Christmas tree, here are seven traditions you can experience during Christmas in Denmark. 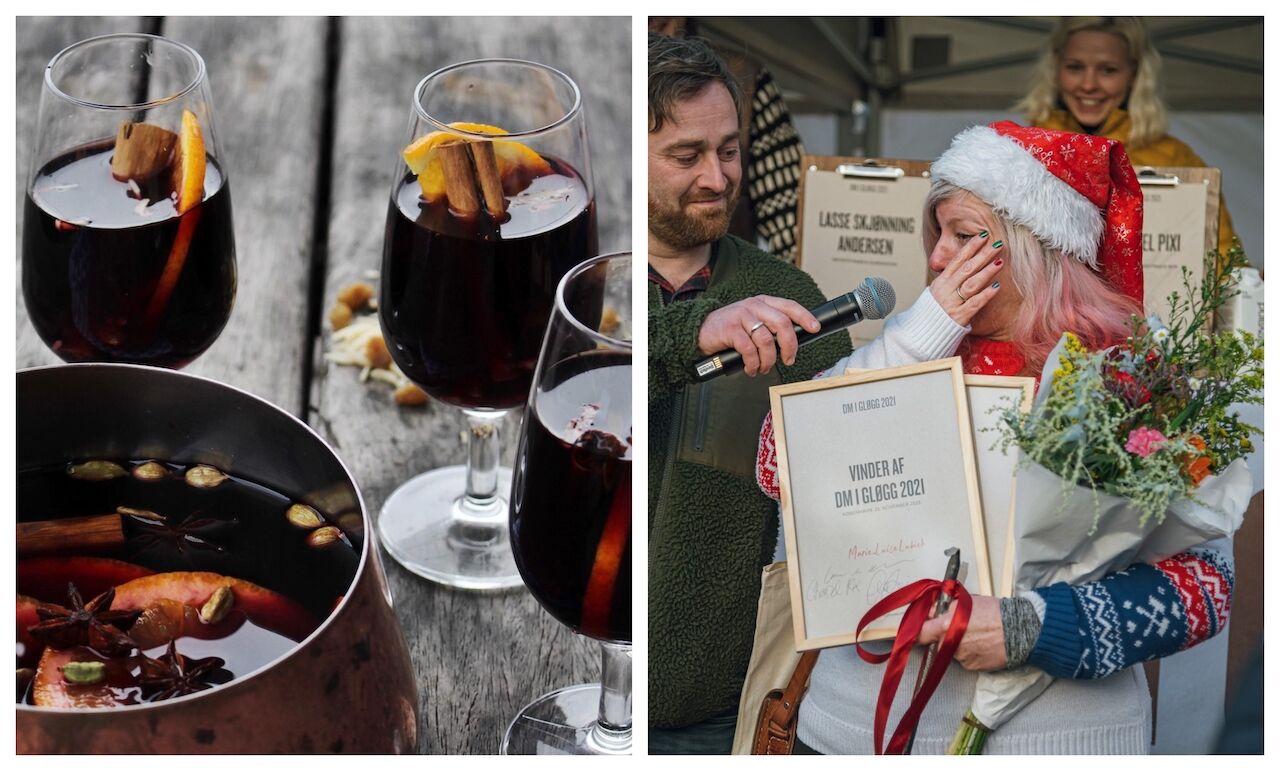 Just about every wine-drinking country has its own take on mulled wine. In Denmark, it’s called gløgg. Visit Copenhagen describes the holiday beverage as a mix of “clove, oranges, cinnamon, anis, burnt wine, and strong booze,” but recipes tend to vary according to individual taste and may also include lemon, cardamon, ginger, and raisins.

The variety that you can find in gløgg makes for the perfect excuse to hold a yearly Danish Gløgg championship. The event takes place in Torvehallerne, a large and very popular food market in the Danish capital that hosts 80 vendors and sees over 100,000 shoppers per week. In 2021, Marie-Luise Lubich won first prize for her home-brewed gløgg. 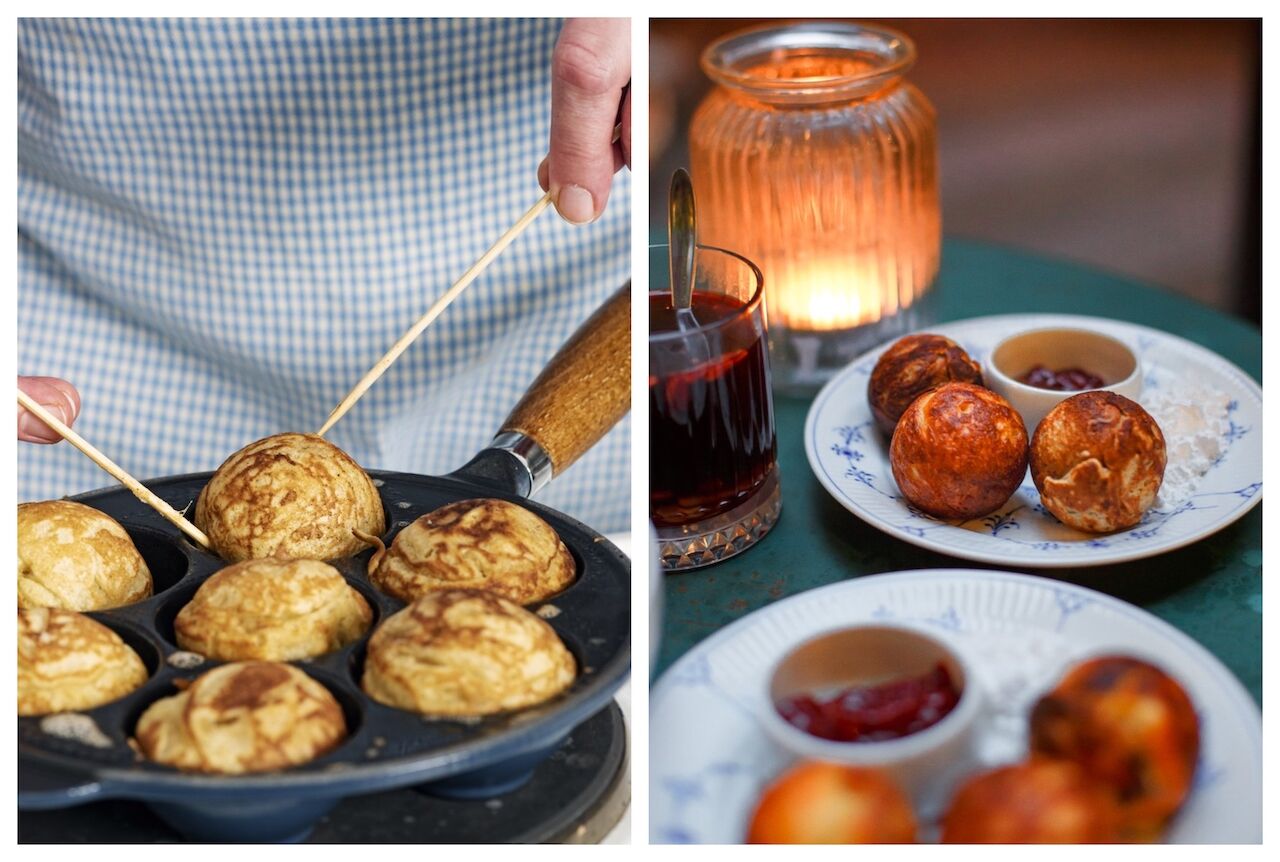 Unlike what its name suggests to those who understand Danish, æbleskiver are not apple slices. The word refers to round pastries, and it’s commonly translated as “Danish pancake puffs.” But the Christmas treat isn’t really made of pancake batter — it’s a distinctive pastry made with buttermilk, cardamon, and lemon zest.

To create the circular shape, the æbleskiver batter is poured into a special pan with half spheres, and cooked on the stove top. Once one half of the æbleskiver is cooked, it is flipped upside down with a skewer for the rest of the dough to form a crust, almost exactly in the same way Japanese takoyaki are prepared. Æbleskiver is traditionally served with jam and icing sugar.

According to Visit Denmark, Tivoli Gardens, a beloved theme park in central Copenhagen, serves an incredible 69,000 æbleskiver during the holiday season. 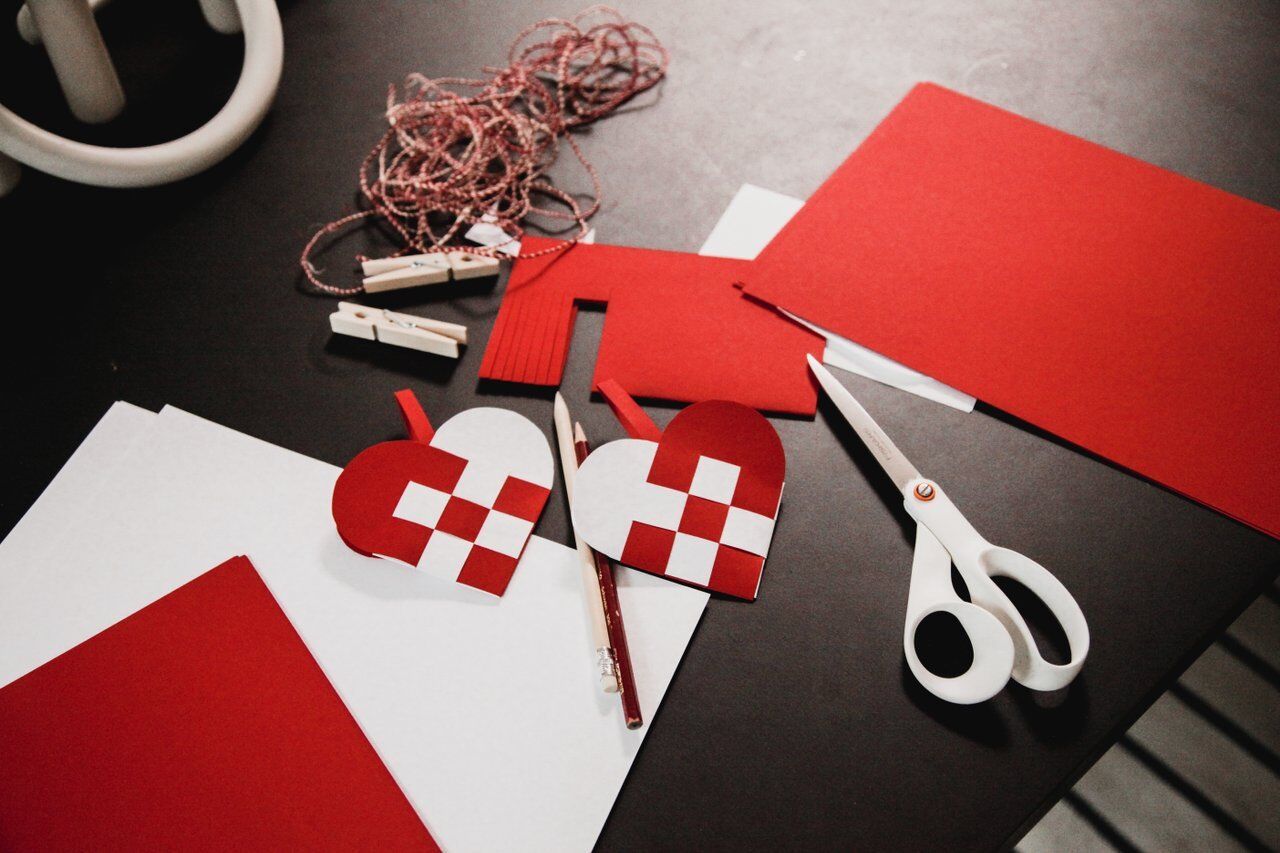 Christmas in Denmark is marked by a very unique event: Klippeklistredag. Translated as “Cut-and-paste Day”, Klippeklistredag is an entire day dedicated to creating Christmas decorations. For one day in early December each year, kids in schools and families at home take out their craft supplies to make garlands, elves, snowflakes, and Juletrekurv — the braided heart-shaped ornaments allegedly created by famous Danish fairy tale author Hans Christian Andersen.

Katinka Friis, PR and press manager for Visit Denmark, tells Matador Network that “Danish parents hold on to the little Christmas elves (nisse in Danish) or Christmas hearts that their kids made for Klippeklistedag while growing up and use them to decorate the trees for years.” 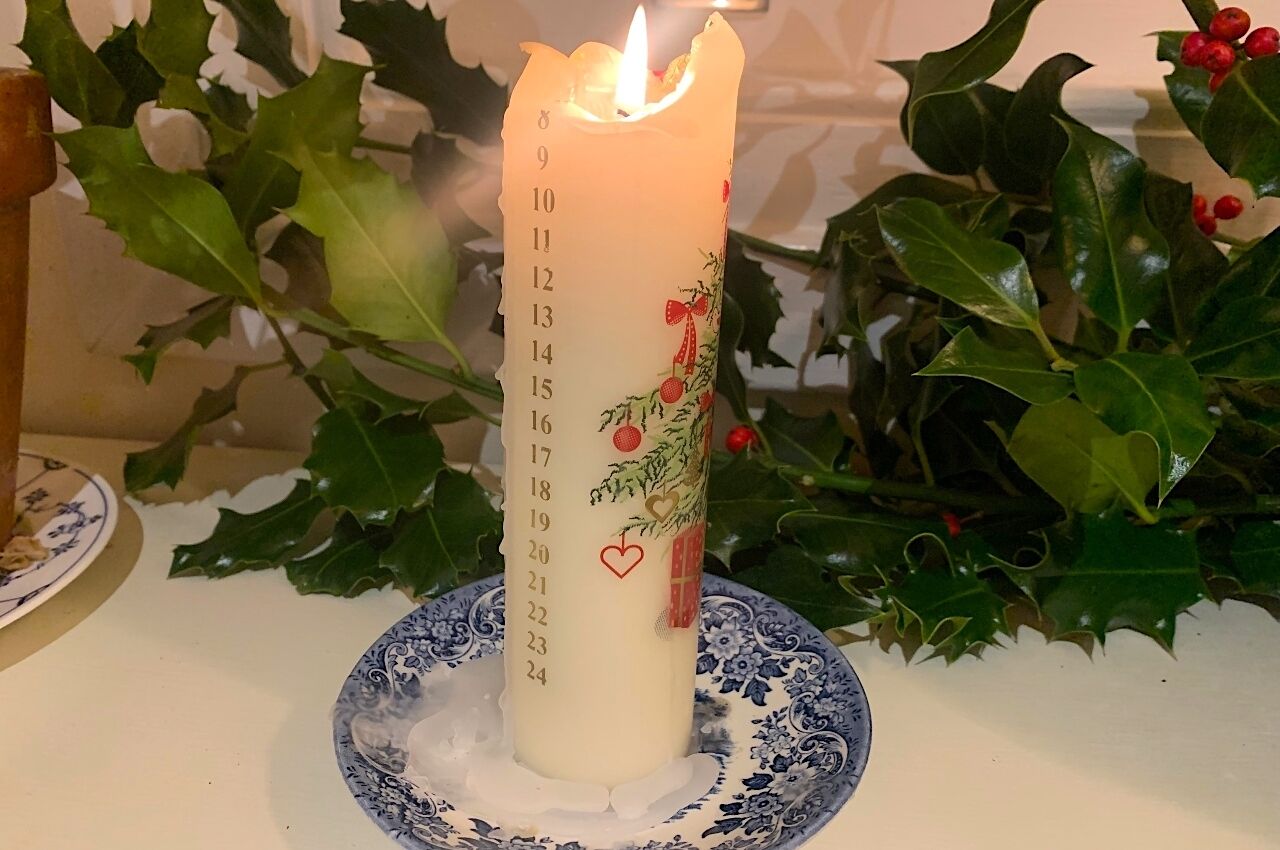 Often a table centerpiece during the Christmas season in Denmark, the kalenderlys is an advent candle. Stamped at intervals with numbers from one to 24, the kalenderlys is lit every day, and it’s often the children’s responsibility to blow it out before it burns through the next day. Kalenderlys don’t replace advent calendars, which in Denmark, like everywhere else, contain small gifts or treats to discover every day between December 1 and December 24.

On December 24, after the big Christmas feast served on the julebord (the grand and beautifully decorated Christmas table), the Danes do a little workout. Maybe it’s good for digestion, maybe it’s plain old fun, but on Christmas Eve in Denmark, people sing Christmas songs while holding hands and dancing around the Christmas tree. The tradition is said to date back to the early 19th century, and according to Friis, “Some of the songs involve jumping like a mad elf or running throughout the house in a long line, while singing faster and faster.”

Another Danish holiday tradition that involves some form of exercise is the New Year jump. On New Year’s Eve, Danes climb on pieces of furniture and as the clock strikes midnight, they jump onto the floor to symbolically “jump into the new year.” Friis explains that “The idea is that it is bad luck to step on the boundary between the new and the old year, so you try to jump over it instead.” 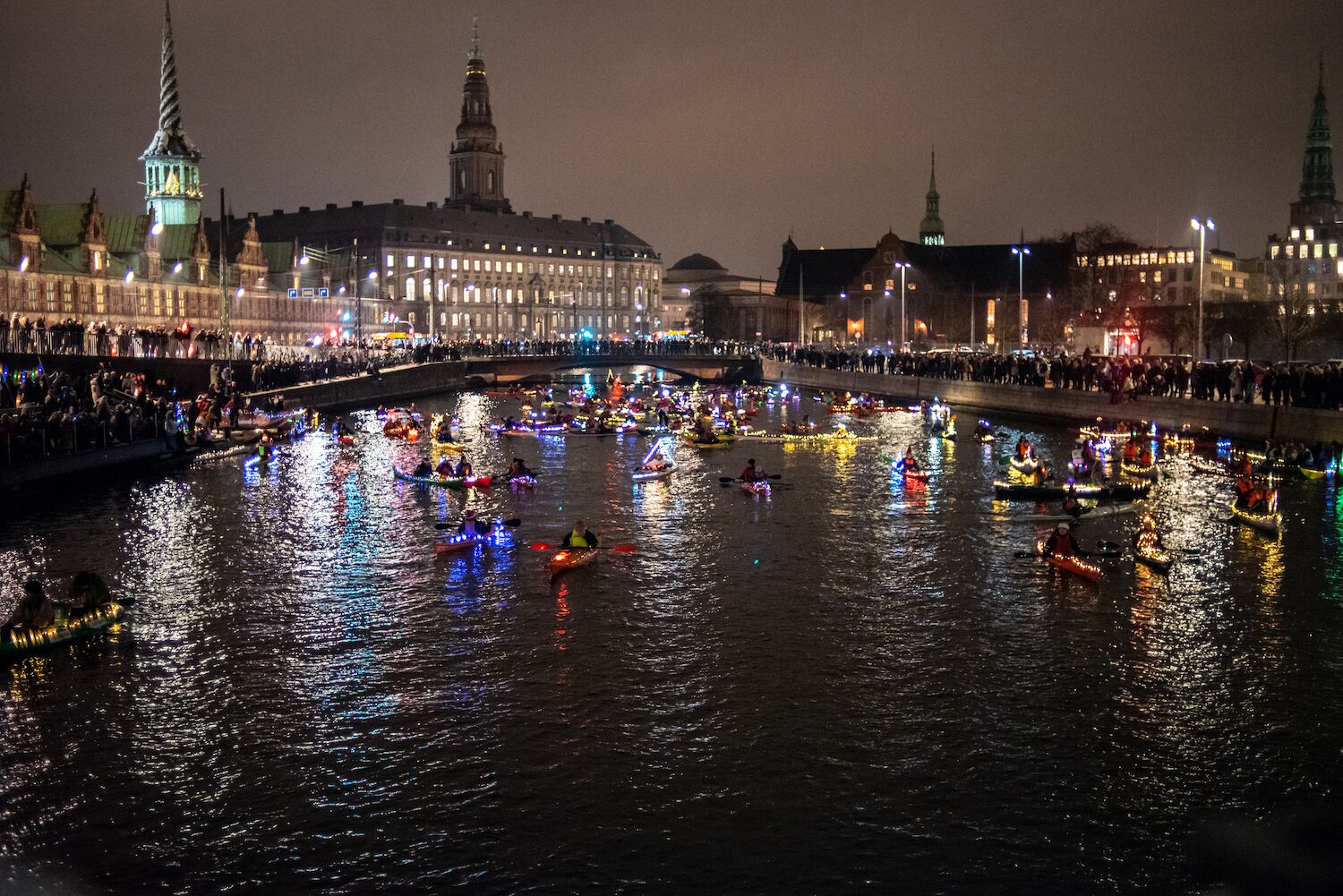 Lucia parades take place all around Scandinavia and Finland every year on December 13. The Santa Lucia parade is a centuries-old tradition that commemorates the martyr Lucia of Syracuse. The traditional parades generally consist of young people dressed in white gowns who walk the streets while carrying candles.

Every year, the people of Copenhagen give a fun twist to the event by parading on the city’s canals in kayaks outfitted with Christmas decorations and lights. The kayakers stop on the way to sing carols while passersby watch them from the city’s quays.

Lifestyle19 Best Hygge Gifts To Warm Your Home This Winter
Tagged
Culture Holidays Denmark
What did you think of this story?
Meh
Good
Awesome

This Map Shows Hilarious Literal Translations of Places in Denmark

This Tiny Danish Town Is Getting Western Europe’s Tallest Skyscraper