It’s impossible to know who invented mulled wine (it’s one of those ideas that happened to lots of different people around the world at the same time), but it is possible to trace mulled wine’s global popularity back to the ancient Romans. The oldest recorded mulled wine recipe from that time is in Apicius, the oldest surviving cookbook of the Roman Empire.

The recipe, translated and recorded by Project Gutenberg, calls for honey, pepper, saffron, date stones, and charcoal to filter the final product. It was simmered low and slow for a day and then let rest for 24 hours before serving.

As the Romans conquered Europe, so too did mulled wine recipes. It turned out to be especially popular in Northern Europe, where it becomes imperative to stay warm as the days get shorter. Local herbs and spices available on hand made each variety distinct. Over the next thousand-plus years, mulled wine took on distinct regional names, as well.

The drink got its biggest modern endorsement in 1843 when Charles Dickens featured a recipe for a type of mulled wine called the Smoking Bishop in A Christmas Carol. From then on, mulled wine and the holiday season were inseparable in Western minds, matched only by the world’s love of eggnog.

“Every country has them,” says Aaron Goldfarb, a drinks writer for publications like Esquire and PUNCH and the author of Gather Around Cocktails. “In Europe, all that changes is the name.”

Whether you’re fighting the chill of an outdoor German Christmas market or going door to door during Las Posadas in Mexico, these are some (not all) of the various types of mulled wine you’ll come across in your travels. (Note: Unless otherwise stated, expect the recipe to include some combination of orange, red wine, and baking spices like cinnamon, nutmeg, and star anise.)

In the colder southern region of Brazil, mulled wine is called quentão, which gets its name from the Portuguese word quente, or “hot.” It’s popular around Festas Juninas in June, which is the start of the winter months in the southern hemisphere. Along with local spices, it’s often spiked with cachaça, a rum-like Brazilian spirit made with raw sugarcane juice.

Vin chaud translates to “hot wine,” and it’s heated with honey, cinnamon, and citrus. The French typically make their mulled wine less sweet than other parts of the world. In the French Alps, aprés-ski bars are making modern versions with local white wines and Port. 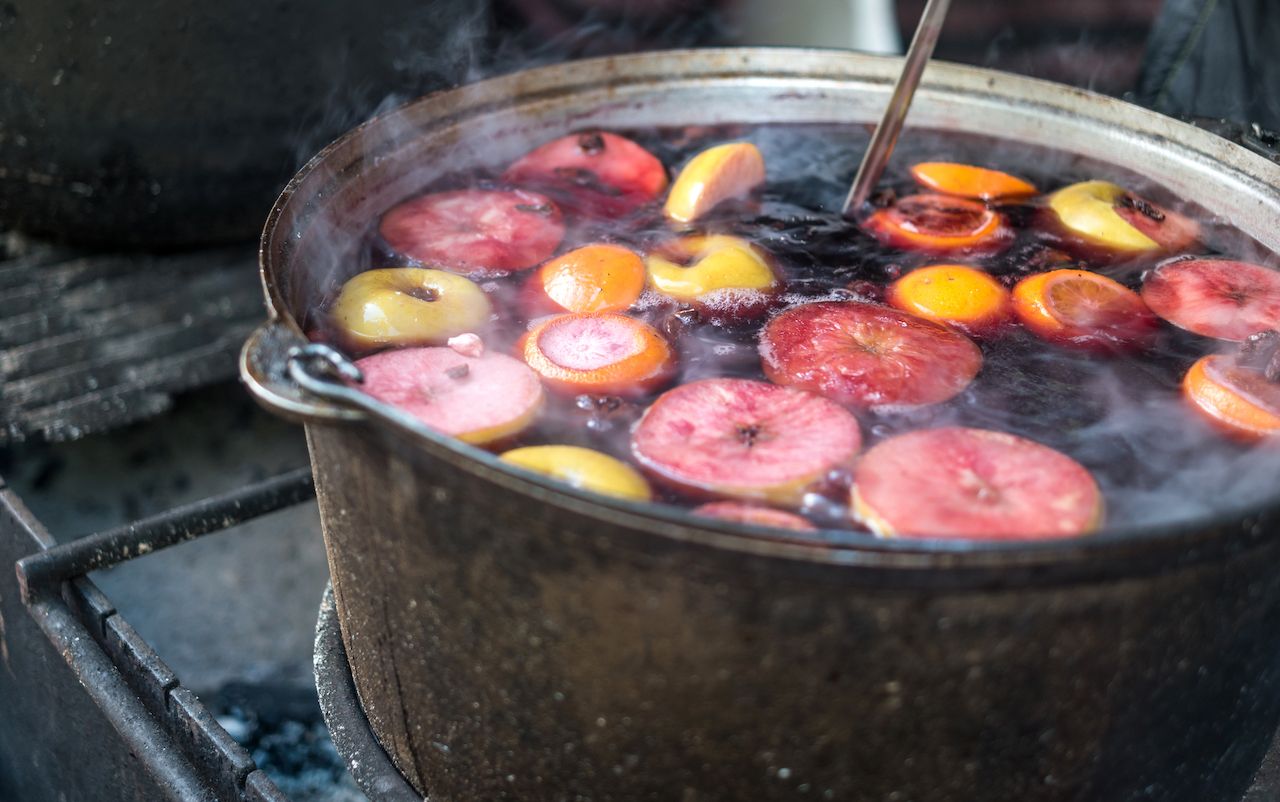 One of the most famous of the mulled wines around the world is glühwein (which translates to “glow wine”). It’s a common aprés-ski beverage, as well as an essential drink to sip while strolling Germany’s famous outdoor Christmas markets.

The defining characteristic of Greek mulled wine is local wine (oino or krasi in Greek) and honey (meli). For a period of time in the Middle Ages, mulled wine in Europe was called hippocras, which took its name from the Ancient Greek physician Hippocrates.

Forralt bor (boiled wine) is an on-the-go drink sold from stands that pops up in cities during Hungarian winters. Cinnamon, clove, honey, sugar, cardamom, and orange zest are common additions, as is rum. 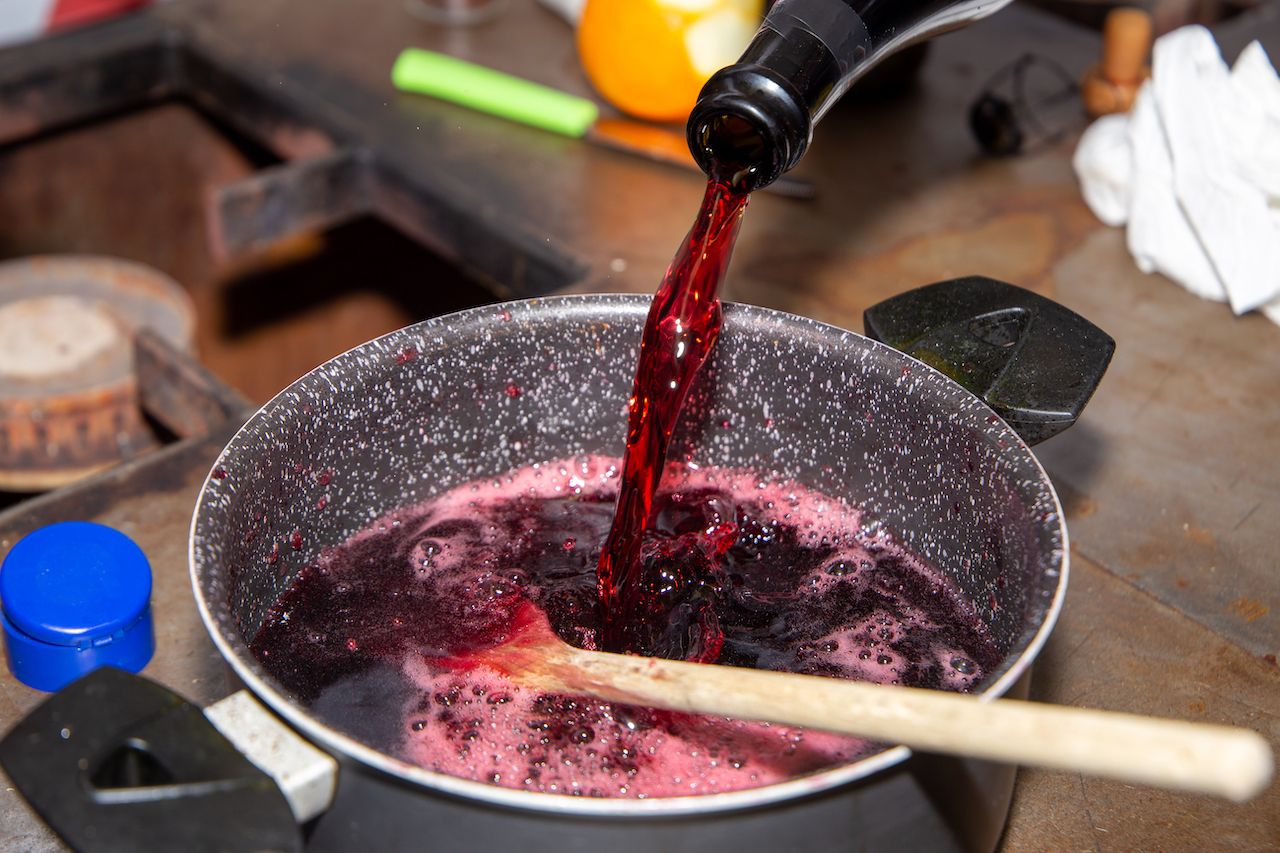 Ponche Navideño is the holiday drink of choice in Mexico during Las Posadas. The nine-day celebration is meant to evoke the Biblical story of Mary and Joseph looking for an inn to stay at. Carolers travel the streets from house to house, and at each stop, their audience offers a bit of ponche Navideño to drink. While there’s no set recipe for ponche Navideño, one traditional ingredient is tejocote, or Mexican hawthorn.

Bisschopswijn translates to “bishop’s wine” though pretty much everyone gets a taste in the colder months. It’s made with sweet red wine (though sometimes white), oranges, clove, cinnamon, and allspice. It’s especially popular around the December 5 celebration of Sinterklaas. 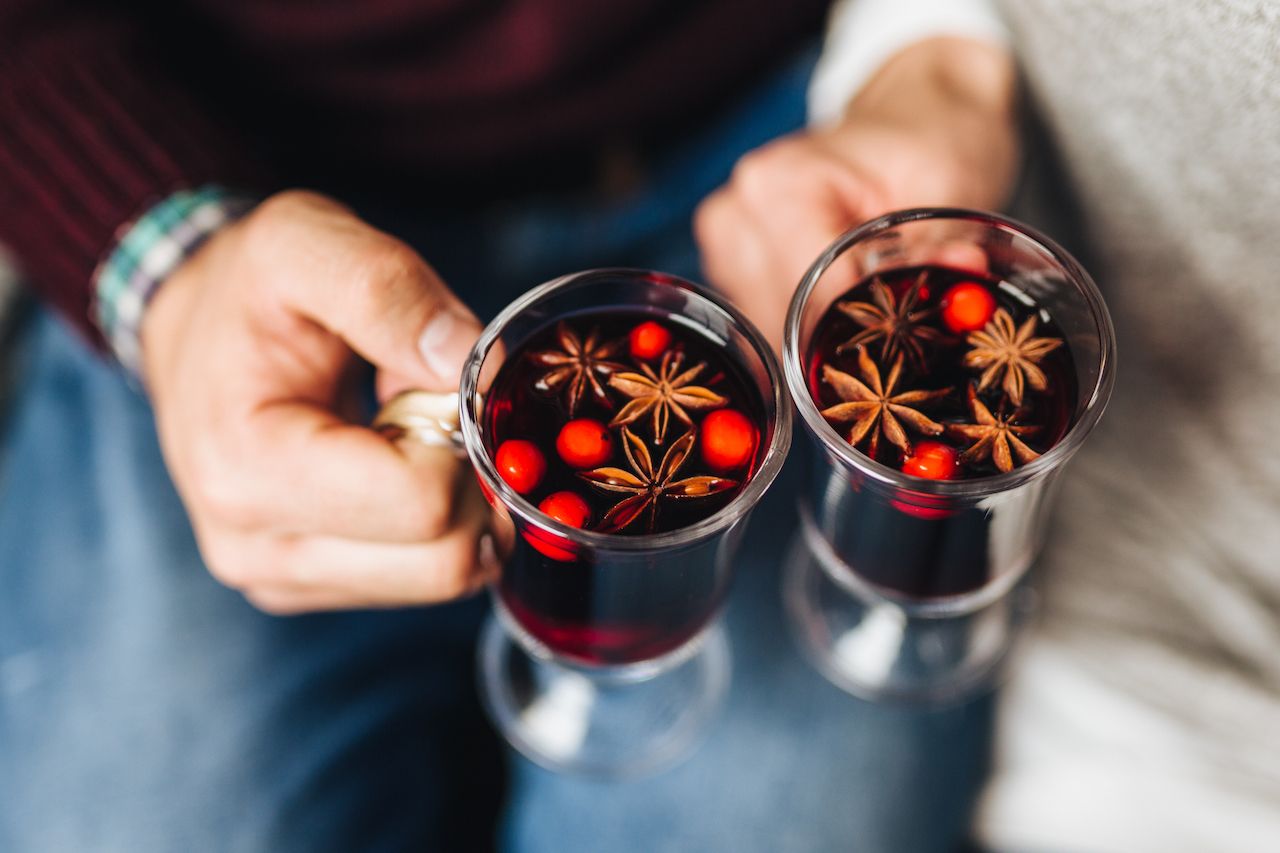 Portugal’s version of mulled wine uses the country’s popular fortified wines Port and Madeira. Both are on the sweeter and boozier side, so there’s less of a need to add sugar, honey, or additional spirits.

Scandinavian countries are known for their warm wine, which is called glogg. It’s typically made with red wine, port, brandy, and spices. Like glühwein in Germany, it gets its name from the word “glow,” as an earlier name was the lengthy glödgad vin.

May 17, 2022 Eben Diskin
✖
travelstoke
Download the mobile app
stoked by