Every year on December 16th, a nine-day Christmas celebration called Las Posadas starts in Mexico and other parts of Central America. It involves religious reenactments, songs, and community gatherings. But Las Posadas isn’t complete without one crucial ingredient: a communal cocktail punch called ponche navideño (which translates to “holiday punch”). Because like any holiday gathering, it’s all made a little better with a stiff drink.

It’s impossible to pin down the exact moment that ponche navideño became the ever-present drink of Las Posadas. For many households, it’s also impossible to imagine December without the punch. What is known is that the drink is directly tied to the celebration.

The Las Posadas tradition was brought to Central America by Spanish colonizers sometime in the 1600s. Las Posadas was then as it is now: part celebration and part lesson on the Biblical story of Mary and Joseph. At dusk, people in the town go out and sing songs outside of people’s homes, asking if they could stay (posadas means “inn”). This represents Mary and Joseph looking for a place to rest while she was pregnant, and happens for nine nights to represent the nine months of her pregnancy. The group of carolers is denied entry until they reach a designated house to rest for the night. That’s where the Mary and Joseph metaphor stops and the party begins.

Cups of warm ponche navideño are passed around along with empanadas, tamales, and other traditional holiday food. A piñata with seven spikes (one for each deadly sin to beat away) is brought out for the kids. And while the religious aspects of Las Posadas aren’t as emphasized in many households today, the gathering of friends and family over food and a bowl of ponche navideño continues.

“Growing up and even as an adult, Christmas in Mexico is not complete without a hearty pot of hot ponche navideño,” Jorge Baralles Jr., the general manager of Papi’s Tacos in Greenville, South Carolina, said. “I remember as a child in Mexico, around 20th of December, I would go with my grandma to the market for ingredients. It was a treat to pick out fruits that would go into the ponche.”

It’s impossible to know when punch became a centerpiece of the celebration. Punch itself likely comes from India and was spread around the world during the Age of Exploration in the 17th century. Cocktail historian David Wondrich traces the first written mention of punch to 1632, and the first recipe not long after, in his book Punch. Like all cocktail histories, however, people were probably making it long before someone sobered up and wrote it down. Regardless, a punch is always composed of something sweet, something sour, liquor, water, and spices, and the ingredients are usually inspired by what’s locally available.

“[Ponche navideño] is a must in almost every Mexican household,” Baralles said. “Each family will have ponche at one point in December.”

Think of ponche navideño as the Santa of Central American cocktails. It only comes around at the end of the year and is well loved, but don’t even think about bringing it out in a month that doesn’t start with the letter D.

“I’d say that ponche is just as popular as rompope (Mexican eggnog) and horchata during the holiday season,” said Richard Sandoval, the chef and owner of Toro Toro and El Centro D.F. in Washington, DC, as well as many other restaurants. “Horchata will always be a staple for me, and it is served at all my restaurants. But the ponche is very festive and is the perfect beverage to enjoy during the month of December. I’ve never tasted anything else like it anywhere else that I’ve traveled.”

Sandoval is serving ponche navideño at some of his restaurants to bring it to a wider audience. In addition to his DC locations, it’ll be on the menu in New York City’s Maya and Denver’s Tamayo and La Sandia.

If you can’t taste it there, the next natural step is to make it yourself.

How to make ponche navideño 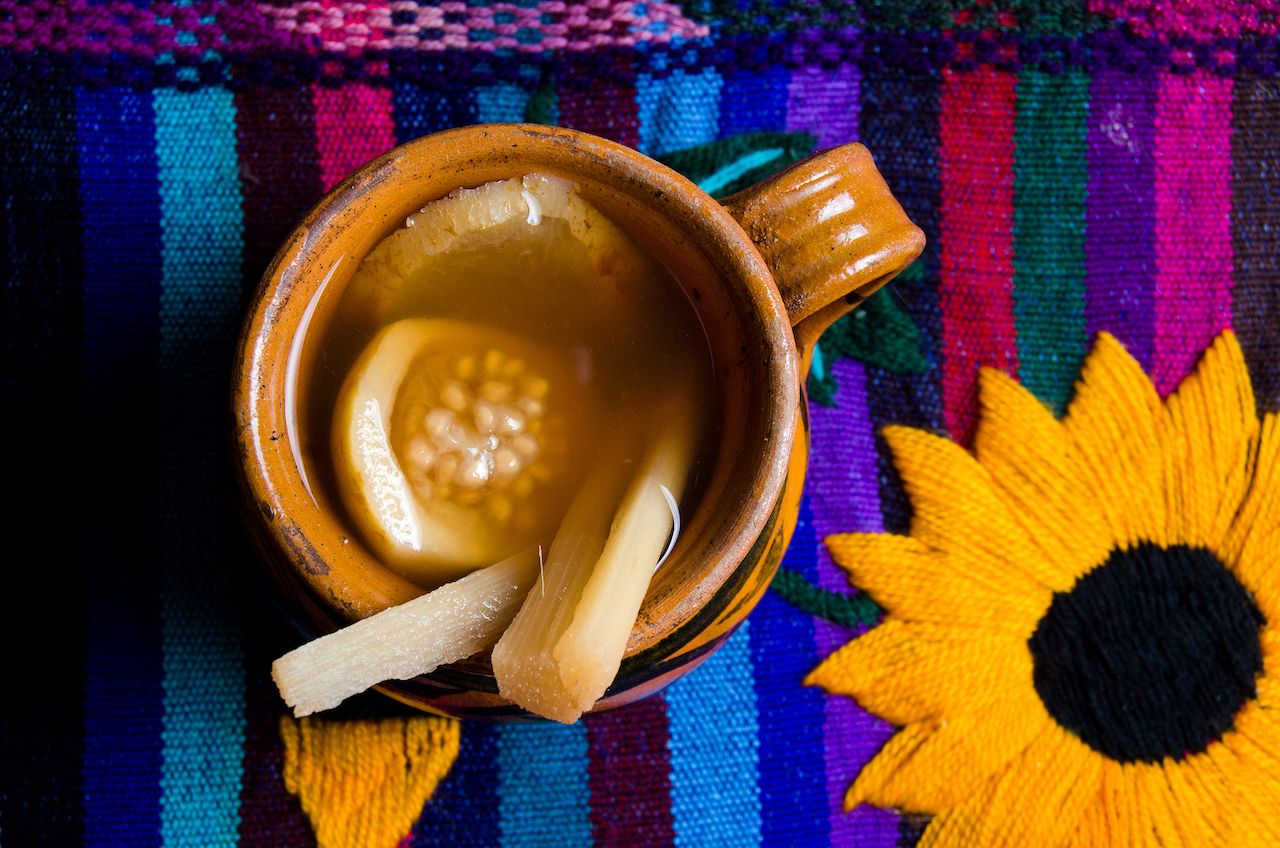 There’s no one recipe. The essential ingredients are tejocote (Mexican hawthorne), cinnamon, sugarcane, apples, and raisins. Baralles’ family recipe also includes lemongrass, star anise, and lemon leaves. Rum — the most classic of spirits to use in punches — is a common liquor, but Sandoval likes to break tradition and add blanco tequila. If you can’t find an ingredient, substitute it for what’s available. Just make sure you hit the five necessary components of a punch: sour, sweet, liquor, water (from the melted ice), and spice. What ponche navideño tastes like largely depends on whose house you’re drinking it in.

“Papi now makes my grandma’s poncho recipe,” Baralles said. “For our family, we can’t go through the Christmas season without it. When we go over to papi’s house for the holiday, walking into the house brings me tears. The aroma permeates the home. It takes me back to when my grandma would make it back home. I now encourage my children to watch papi make it, so that they can remember the smell of the fruits and herbs. They will remember and one day keep the tradition going.”

May 6, 2022 Giulia Alvarez-Katz
✖
travelstoke
Download the mobile app
stoked by