France is known for its food, and chefs around the world look to the French classics for inspiration. It’s not the end-all, be-all of fine cuisine, but the French way of preparing a meal has long been the standard bearer for elevated, elegant food. Yet it’s easy even for food lovers to ignore the dishes that catapulted French food to the legendary status it enjoys today.

These are the French classics that you should know and take the time to try the next time you have a chance. 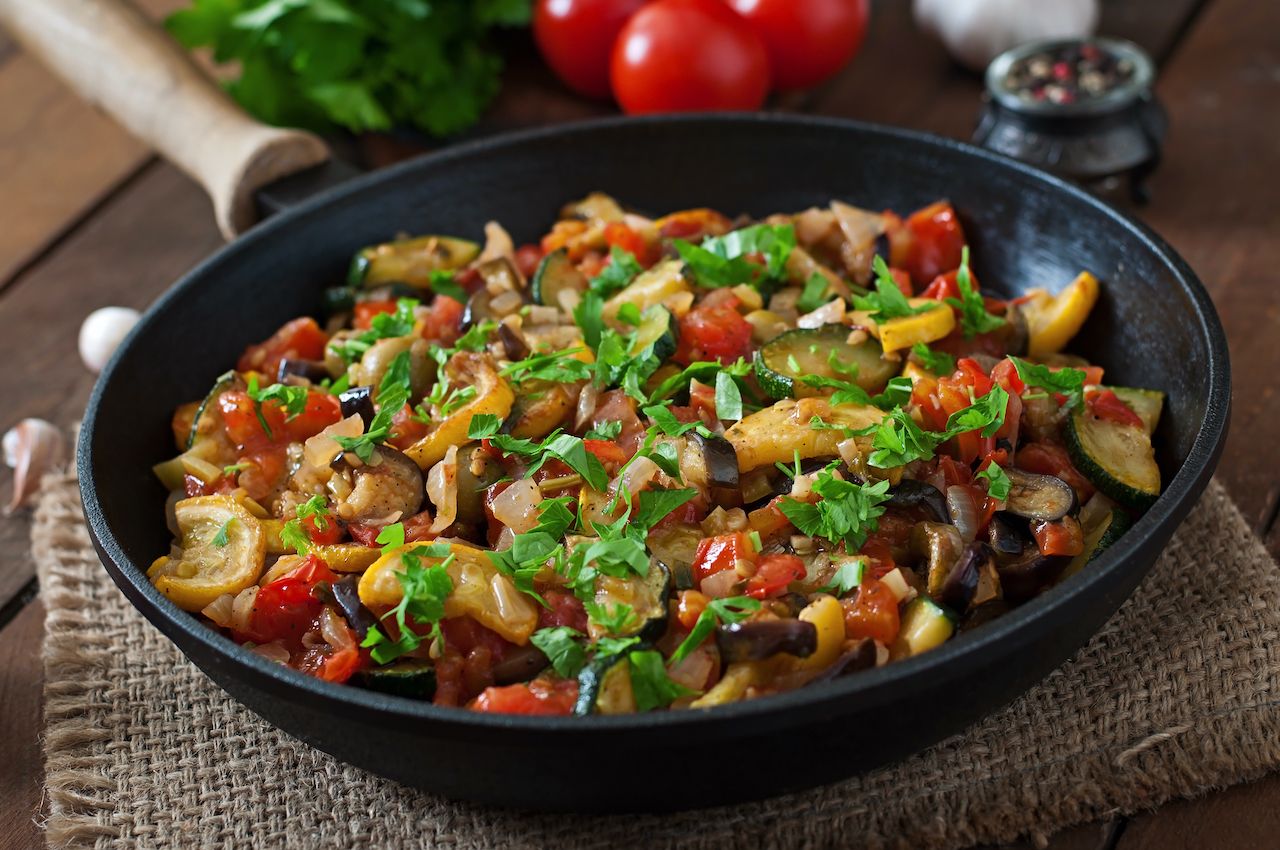 A dish with a name that, today, is probably more known in the US as the title of a movie starring an animated rat. Ratatouille is a vegetable soup made with any number of ingredients, which can include a chef’s choice of tomatoes, onions, eggplant, zucchini, garlic, and other select seasonal vegetables. There are two camps of ratatouille makers: those who cook the vegetables before adding them to the main soup pot and those who cook them in the main soup pot together. Regardless, it all ends up in the same place with herbs and spices and is served as a side or as a main with bread or rice.

Ratatouille is believed to date back to farmers in the Provence region of southern France, particularly around Nice, in the 18th or 19th century. It has never had anything to do with rats, but the end of the name, touille, comes from the French touiller, which means to toss. 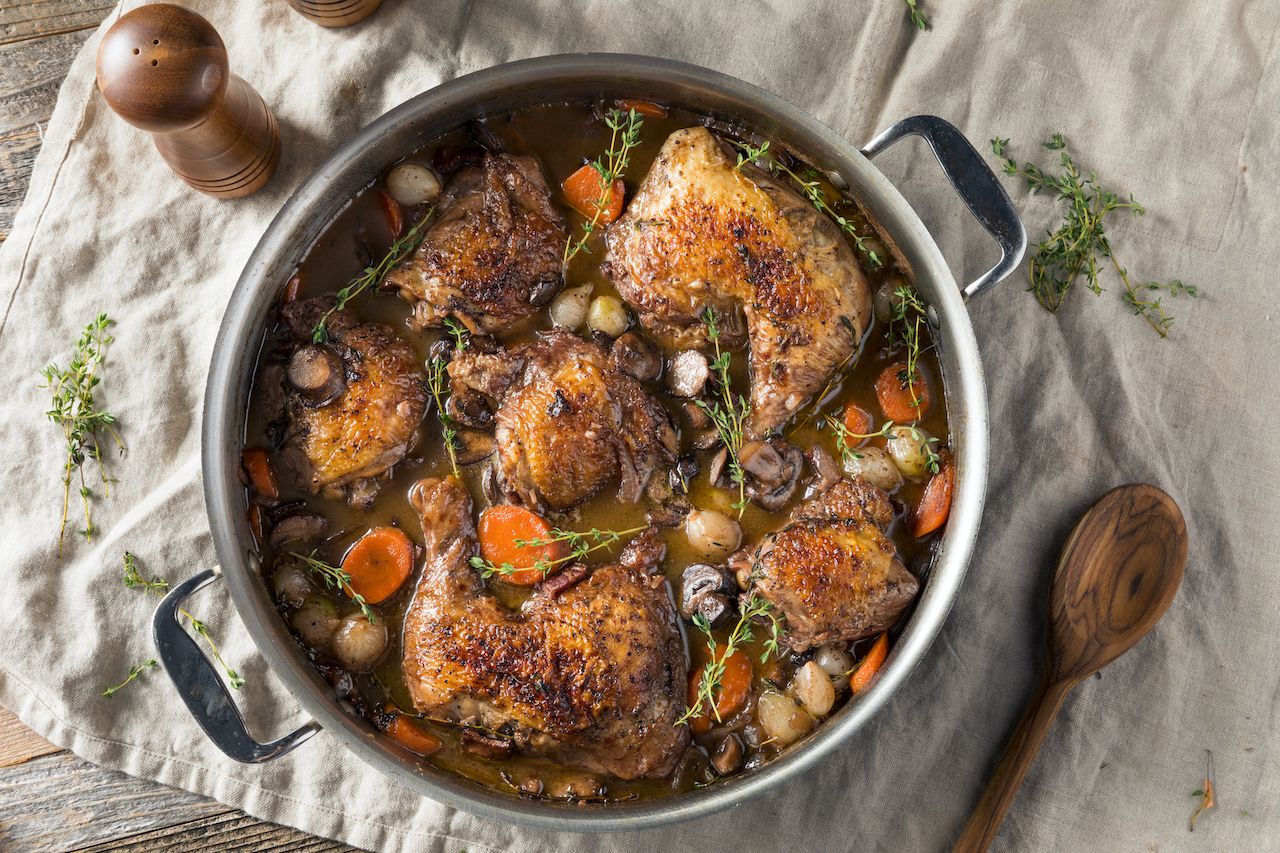 At its most simple, coq au vin (rooster with wine) is a chicken cooked in red wine with carrots, mushrooms, onions, garlic, and herbs. Roasted potatoes are usually served on the side today.

Legend has it that the rooster and wine combo dates back to when Julius Caesar conquered Gaul (modern-day France). A tribe sent the bird as a symbol of the courage of the region’s people, and Caesar returned it cooked in wine. That story, along with many ancient Roman tales, has little backing. The fact that coq au vin is today a classic in Burgundy, Champagne, and other parts of France is a concrete fact, though. 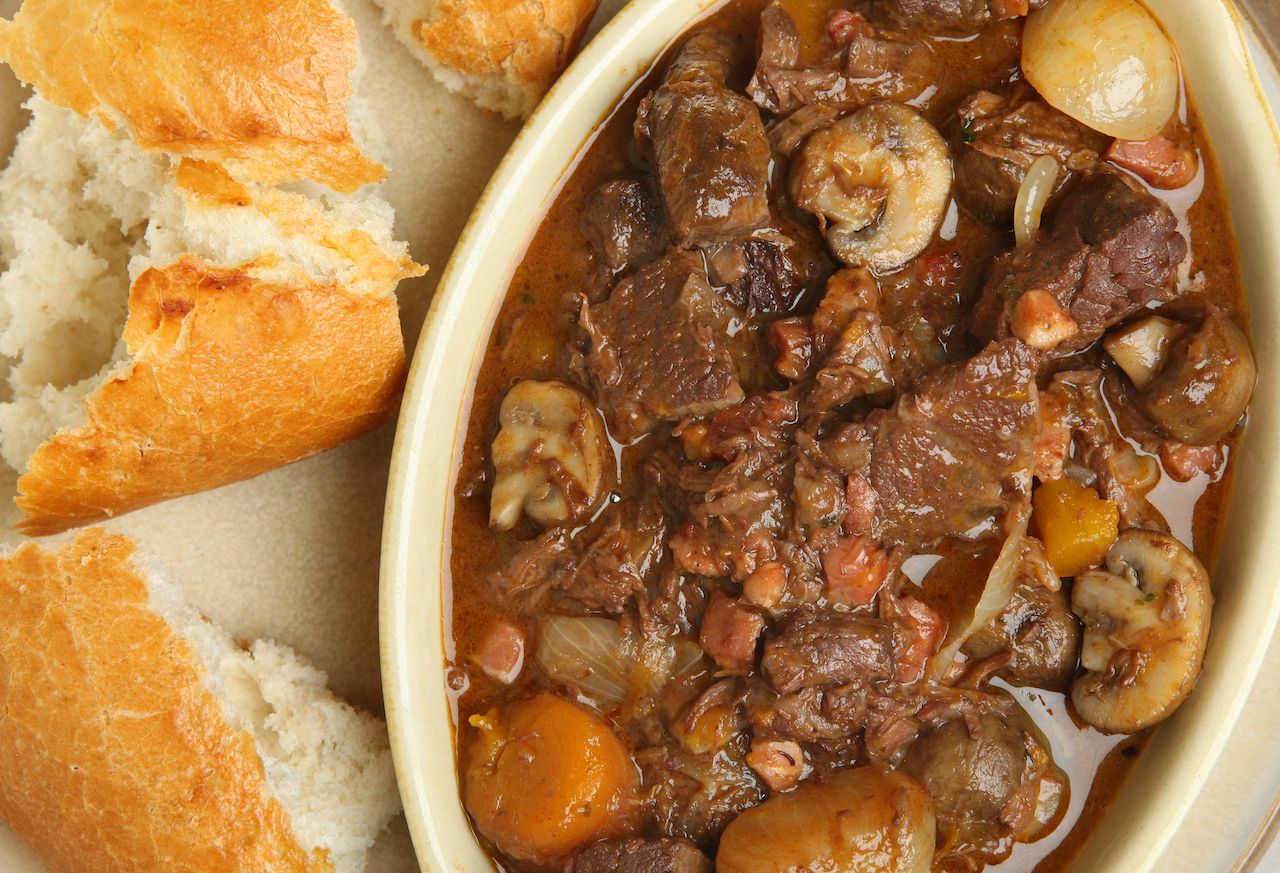 Bœuf bourguignon gets its name from Burgundy (or Bourgogne in French). Like many other classic dishes from the country, it consists of meat cooked in wine. In this case, it draws from two of the most famous of Burgundy’s products: red wine and cattle, specifically the Charolais cattle from the sub-region of the same name. The beef and red wine are slow cooked with onion, garlic, mushrooms, and herbs with a little flour to thicken the sauce. When ready, the stew is a hearty main dish. 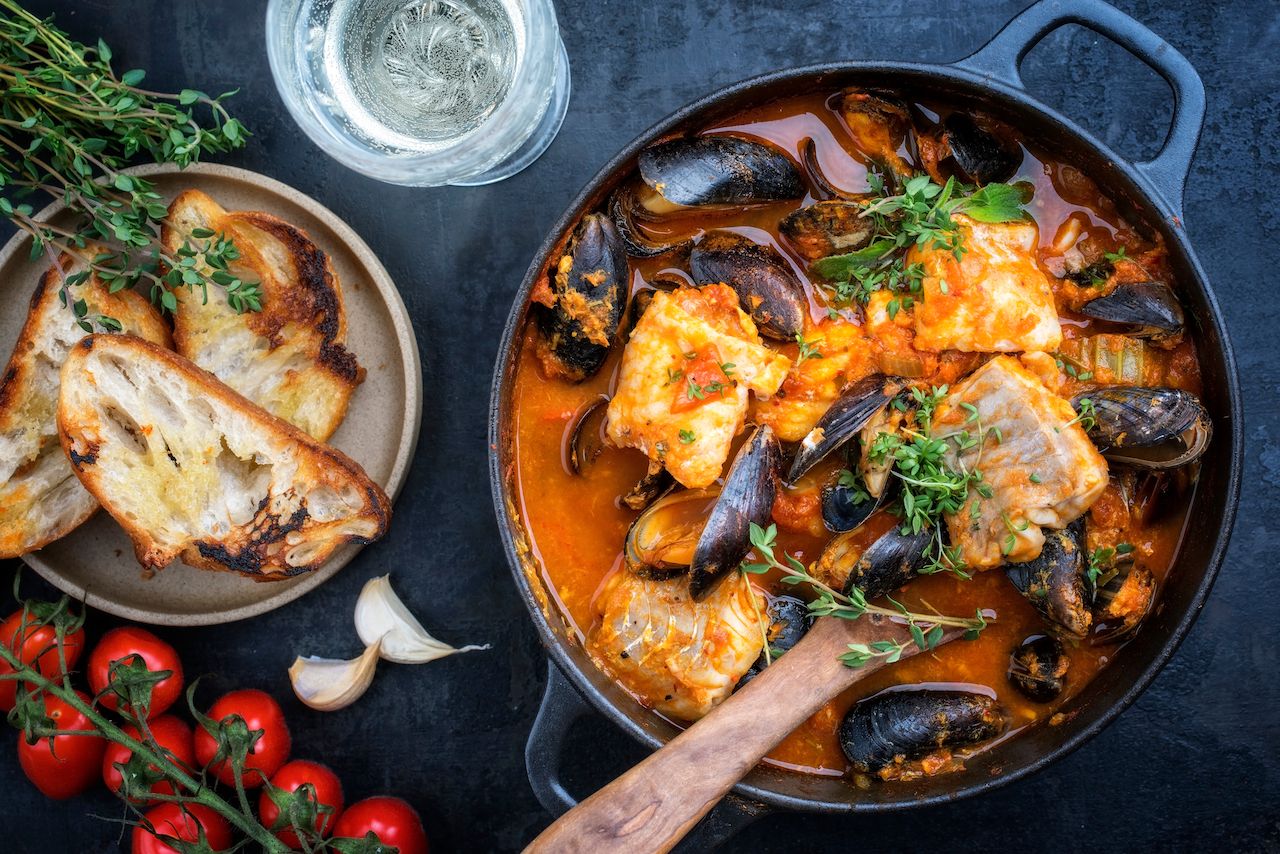 You shouldn’t leave Marseille, France’s second-largest city by population, without trying a bowl of bouillabaisse. The soup was originally a fisherman’s dish with a medley of simmered seafood, including fish, shellfish, and crustaceans alongside spices, onion, garlic, and other vegetables. All of the ingredients are served in a fish broth full of flavor.

Today, the same mix of ingredients is far from reserved for fishermen. Bouillabaisse is now a French classic and is served in many regions of France that touch the Mediterranean coast. Each restaurant does it a little differently, but it likely won’t be cheap due to the wide array of seafood included. It’s worth every euro, though. 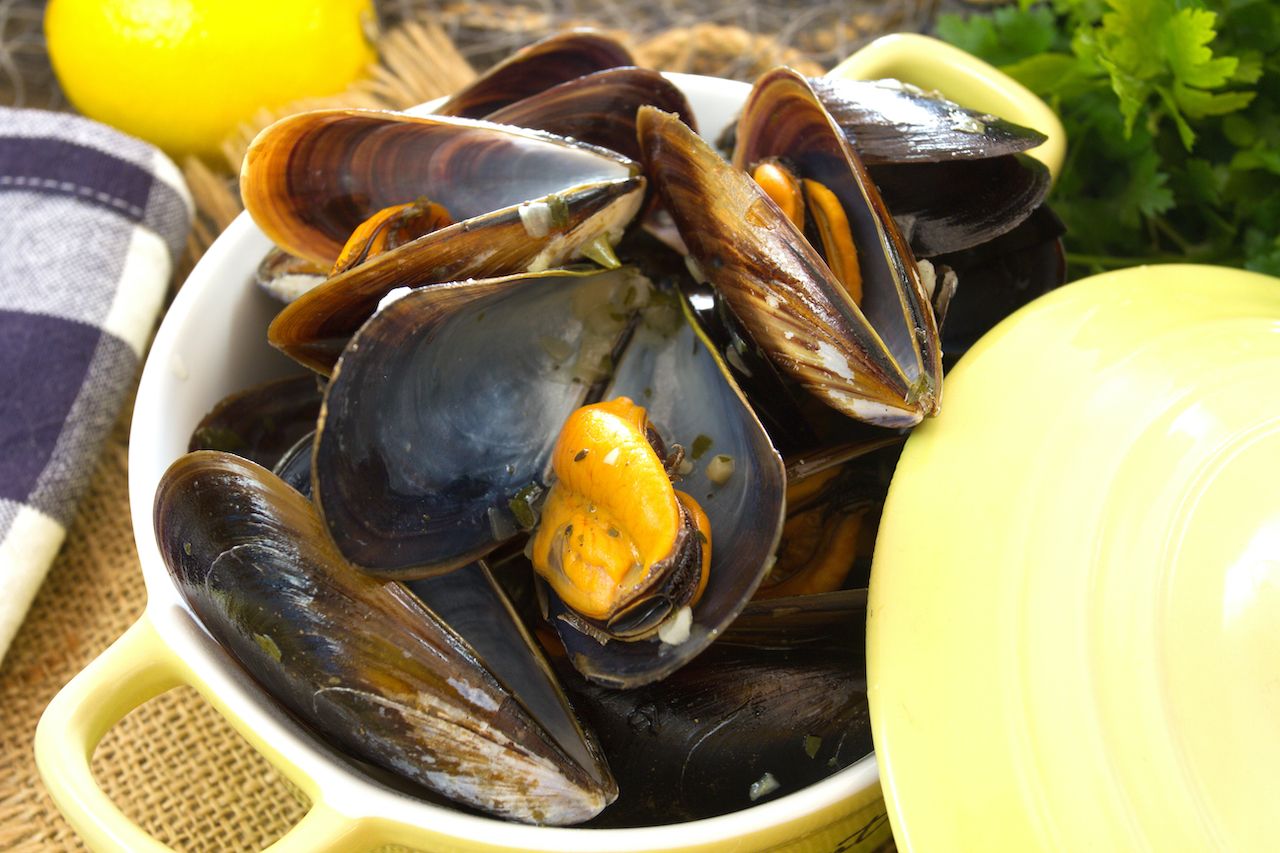 A simple bowl of mussels in white wine, butter, thyme, and other herbs and sauces is not to be overlooked. Moules marinières is a quick and relatively cheap dish that’s typically served in the high-rimmed pot it’s cooked in. Add French fries to make it moules frites. 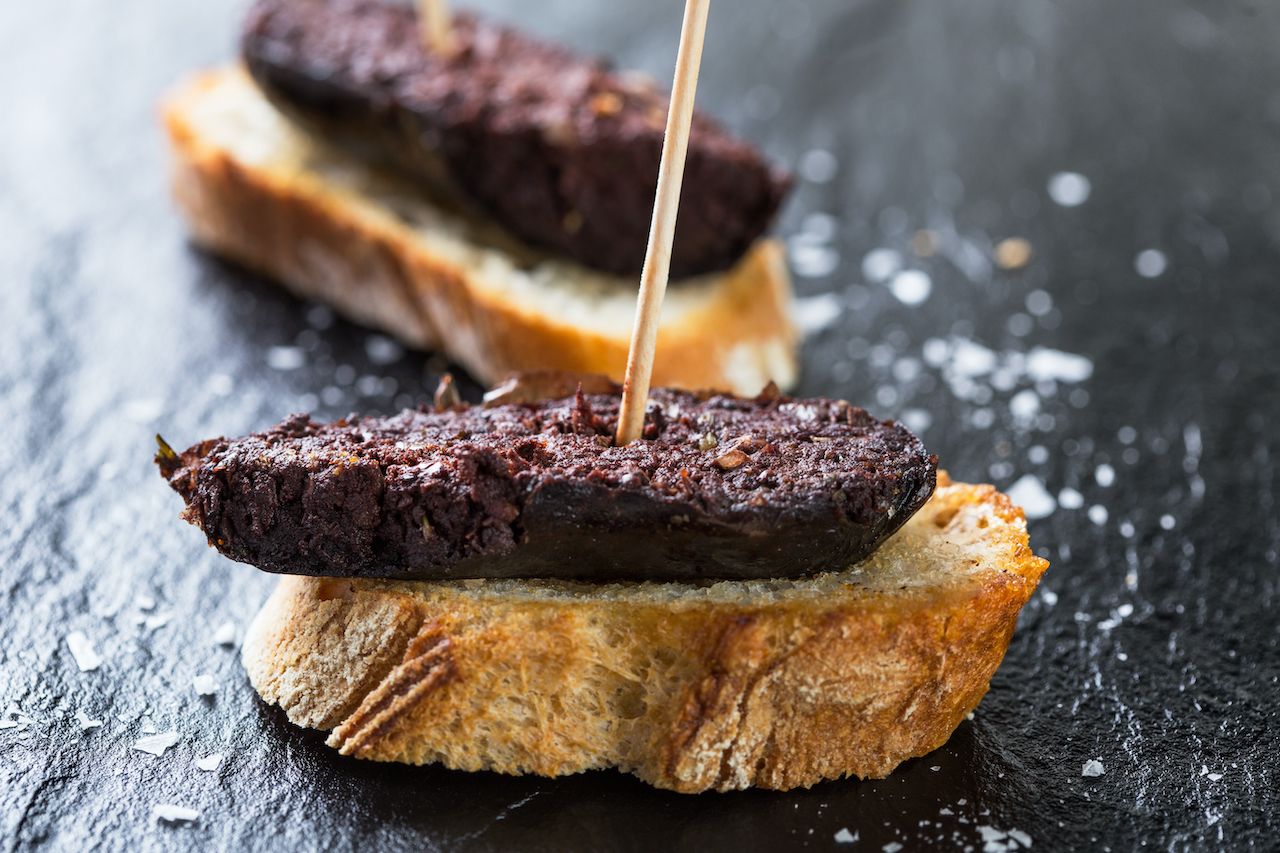 Blood sausage is popular in France just like in many other regions in Europe. Boudin noir is believed to have come from the south of France and is typically made with pork blood, ground pork meat, onions, and spices (though exact recipes depend on the butcher who supplies it). It’s eaten fried alongside bread or potatoes, or simply sliced and placed on a plate alongside other mains. Apples are another common accompaniment. 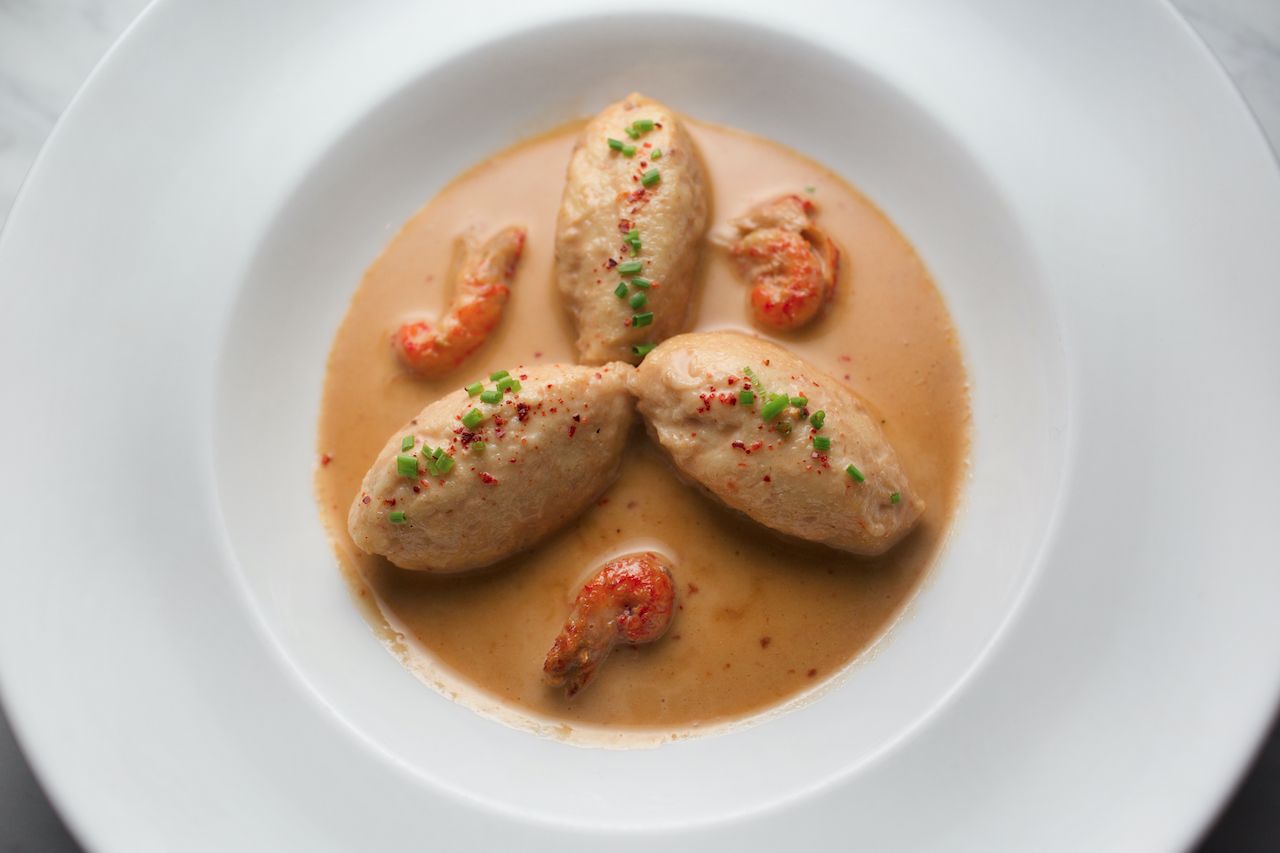 Quenelles are similar to fish balls. They can be found in various regions of France but are perhaps most famous in Lyon. Pike is the most common type of fish used, which is finely chopped or minced along with egg, cream, and spices before being pressed into an oblong shape and covered in flour. The whole thing is poached and then baked in a cream sauce. While quenelles haven’t reached the same level of international fame as some French classics, the dish’s importance in Lyon, known as the stomach of France, makes it worth trying.

WineHow To Drink Champagne Like They Do in Champagne, France
Tagged
Food + Drink France
What did you think of this story?
Meh
Good
Awesome