The way the world drinks wine would be a lot different without Chateau Montelena. In 1976, the brand’s chardonnay beat out French wines in the Judgment of Paris, proving that New World wine regions as a whole are worth paying attention to. Casual wine drinkers and experts alike would have inevitably caught on eventually, but if it weren’t for Chateau Montelena’s chardonnay, it likely would’ve taken much, much longer.

Today, the winery is an established part of wine history — so much so that a bottle of the award-winning chardonnay sits in the Smithsonian’s National Museum of American History, and the winery itself is in the National Register of Historic Places. But with more than 500 wineries in Napa alone (not to mention competing North Coast regions like Sonoma and Mendocino), and the continual pressure for travelers to seek out the newest thing, visitors to Napa may feel like visiting a winery as iconic as Chateau Montelena may be too obvious, or worse, cliche. But the winery that helped put Napa on the map is just as, if not more, exciting to visit as it was all those years ago. 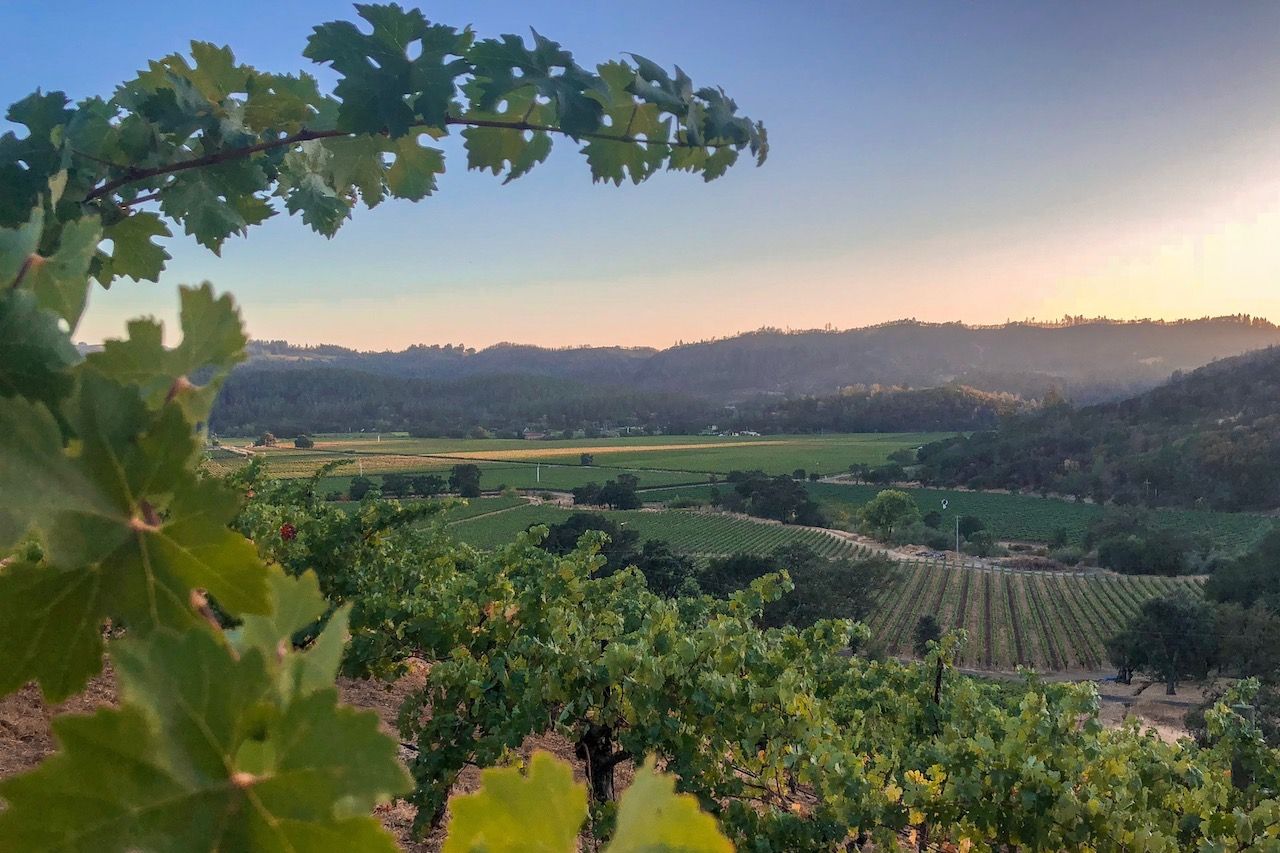 The story of Chateau Montelena starts with Alfred Tubbs, who made his fortune selling rope to gold miners in California. Tubbs built a stone chateau (which is still featured on wine bottles today) in the 1880s. He planted vineyards, but production was interrupted during Prohibition.

Wine wasn’t the main focus on the property again until it was purchased in 1968. The new owners brought on winemaker Mike Grgich and replanted the vineyards. By 1972, Chateau Montelena was once again making wine on a small commercial scale. Four years later, it was a household name in the wine world thanks to The Paris Wine Tasting of 1976, a publicity stunt that came to be known as the Judgment of Paris.

The Judgment of Paris was organized by an Englishman named Steven Spurrier, who owned a wine shop in Paris. He organized the competition to see how new California wines stacked up against French mainstays. The tasting was blind, meaning the judges didn’t know which bottles were which. The results were assumed to be a foregone conclusion — so much so that Time magazine journalist George Taber was the only writer to show up for the event because everyone thought it was “going to be a nonstory,” he told NPR.

Those journalists were wrong. After the tasting, the award for the top white went to Chateau Montelena’s chardonnay, and the top red went to Stag’s Leap Wine Cellars, another Napa winery.

The Judgment of Paris turned out to be more prescient of a name than Spurrier could’ve imagined. The original Judgment of Paris refers to a Greek myth that centers around a contest between Aphrodite, Hera, and Athena to find the fairest goddess. Zeus sent the three to Paris of Troy to make the final call. He picked Aphrodite because she promised to bring him Helen of Sparta, considered at the time to be the most beautiful woman in the world. The abduction from Sparta kicked off the Trojan War, which led to the destruction of the city and the rise of a new world order.

The wine version of the Judgment of Paris didn’t lead to France’s downfall, but it did lead to the rise of New World wine. Wineries in places outside of France were, for the first time, taken seriously on the global stage.

“There are a lot of areas that can grow great wines,” Jeremy Carter, the founder of Tarpon Cellars, tells me over email, “and it doesn’t have to be in a style consistent to Bordeaux or Burgundy to be really exciting.” 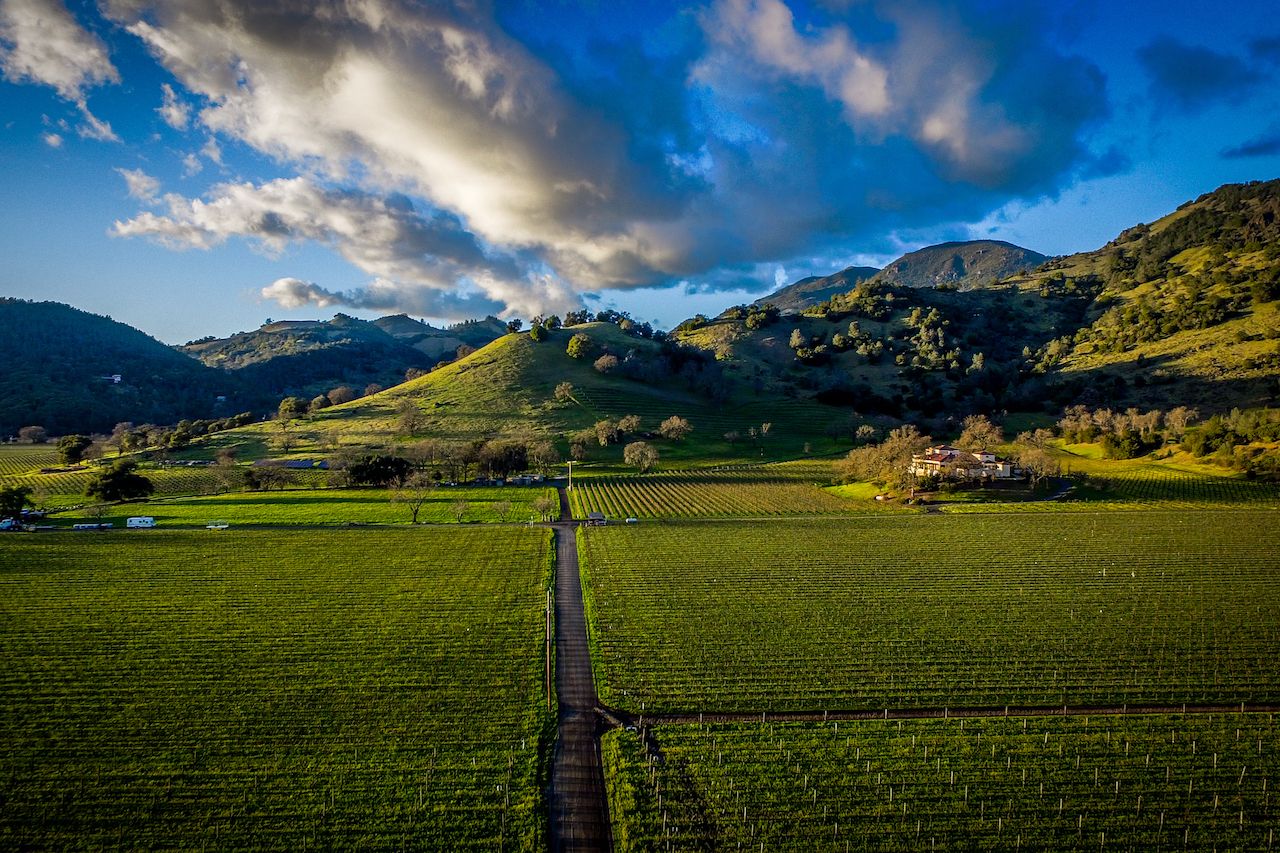 The Judgment of Paris forever changed the way Napa wine was perceived. The wine region turned into a major tourist destination where wines command the highest prices.

As Napa became increasingly known, the region itself changed. It became more commercial, for one, and wines tended toward higher alcohol and more oak barrel influence. Napa went from around 100 wineries in the Napa Valley Vintners association in 1995 to more than 500 in 2014. Napa became a certification of a certain type of historical quality and, in doing so, went from the underdog in the wine world to the old guard.

“Napa is and always will be Napa,” Joseph Wagner, founder of Copper Cane Wines & Provisions, says. “The name is synonymous with wine and the rich history of vineyards. It is exciting to see that more vintners are finding success in different regions and across the country.”

Wagner, who grew up in Napa, embraces both his hometown’s popularity and newer regions. Copper Cane Wines & Provisions has brands like Quilt that solely use Napa grapes, while others, like Böen, use grapes from across California. He’s found that “younger wine drinkers enjoy exploring new things, but they also crave authenticity.”

Other winemakers in the area agree that Napa retains its importance despite the rise of other regions — and Wagner isn’t the only one experimenting with Napa and surrounding regions simultaneously.

“There’s no question that Napa Valley has paved the way for American wine in terms of quality and reputation,” says Carter, who has worked in other American Viticultural Areas (AVAs), as well as New Zealand. He also makes a chenin blanc orange wine in the Clarksburg AVA (also in Northern California) for a different wine label. It’s a win-win for everyone, he adds, as there’s a time and a place for everything from the traditional powerhouses in Europe to the historic regions like Napa to upstart regions. 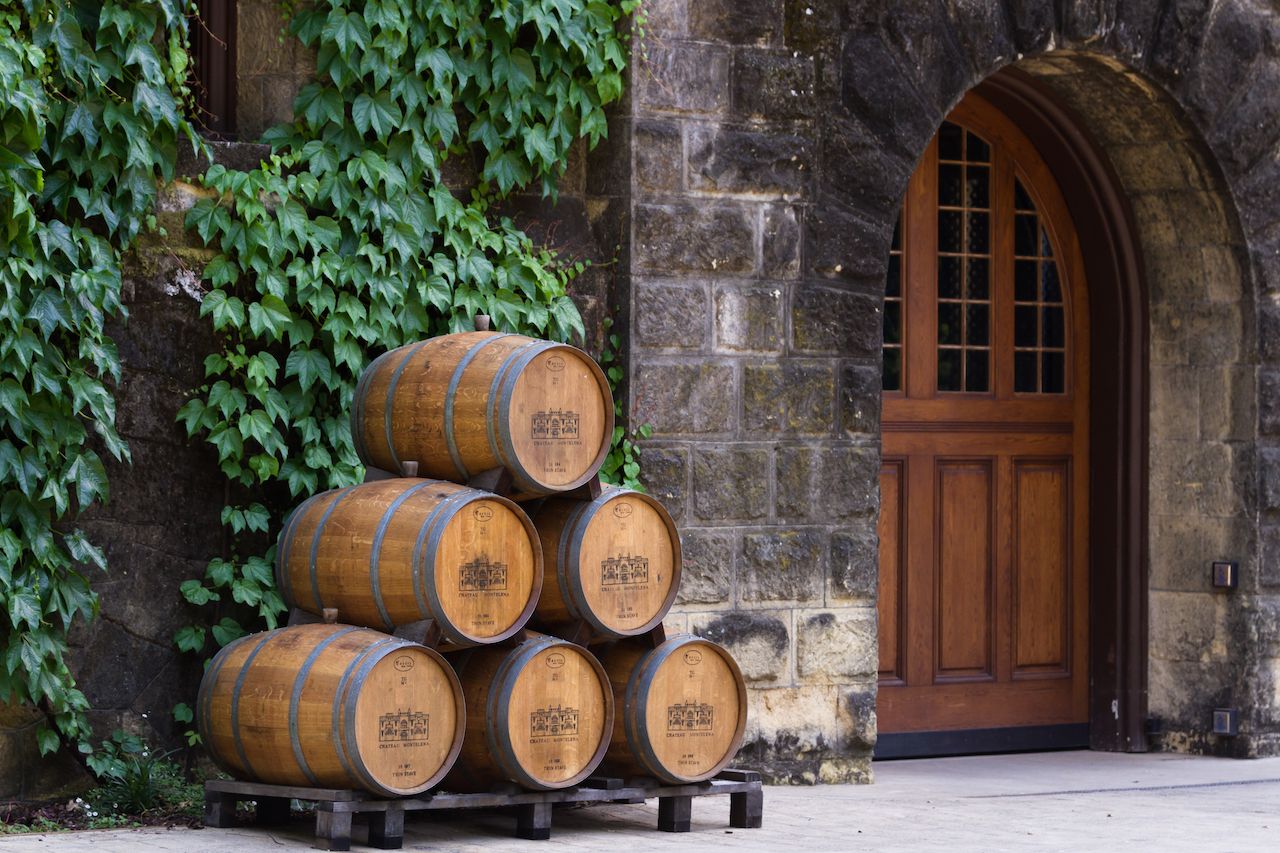 “When I think about the reputation that we earned, I think of people like Robert Mondavi and events like the Tasting of Paris in 1976, which are seminal stories for Napa and ones that helped shape California and even American wine at large,” Carter says. “I am proud of our history, and as a wine drinker myself, I enjoy the historical aspect of the wines and vineyards in our valley. I know that I would not have the opportunities that I have today as a winemaker were it not for some of the pioneers that came before me.”

Another thing to be proud and excited about? Napa wineries — both historic and upstart — are still pushing boundaries to keep the region fresh. People are always going to be looking for what’s next, Carter says. That’s just human nature. But people are also discovering (and re-discovering) the classics at their own speed. As Carter puts it, “Some people would rather just taste the wines and talk about music or football, and I think that’s cool too.”

A taste of history with a touch of modernity

It’s easy for historic brands to rest on their laurels, but at Chateau Montelena, the focus is on the future, says winemaker Matt Crafton, who’s been with the winery since joining as assistant winemaker in 2008 from Virginia wine country.

Bo Barrett, the CEO of Chateau Montelena who was an assistant winemaker for the Judgment of Paris vintage, is still his boss. Yet that generation is retiring. With the first old guard of Napa on its way out, Crafton and others working at historic brands are faced with a major question: What happens with all the legacy brands?

They could keep doing what they’re doing, Crafton tells me over a glass of Chateau Montelena’s riesling at a tasting in New York City. But change is the way forward.

“We just did our biggest replant in 50 years,” Crafton says. “We can’t be the 40-year-old startup anymore.” 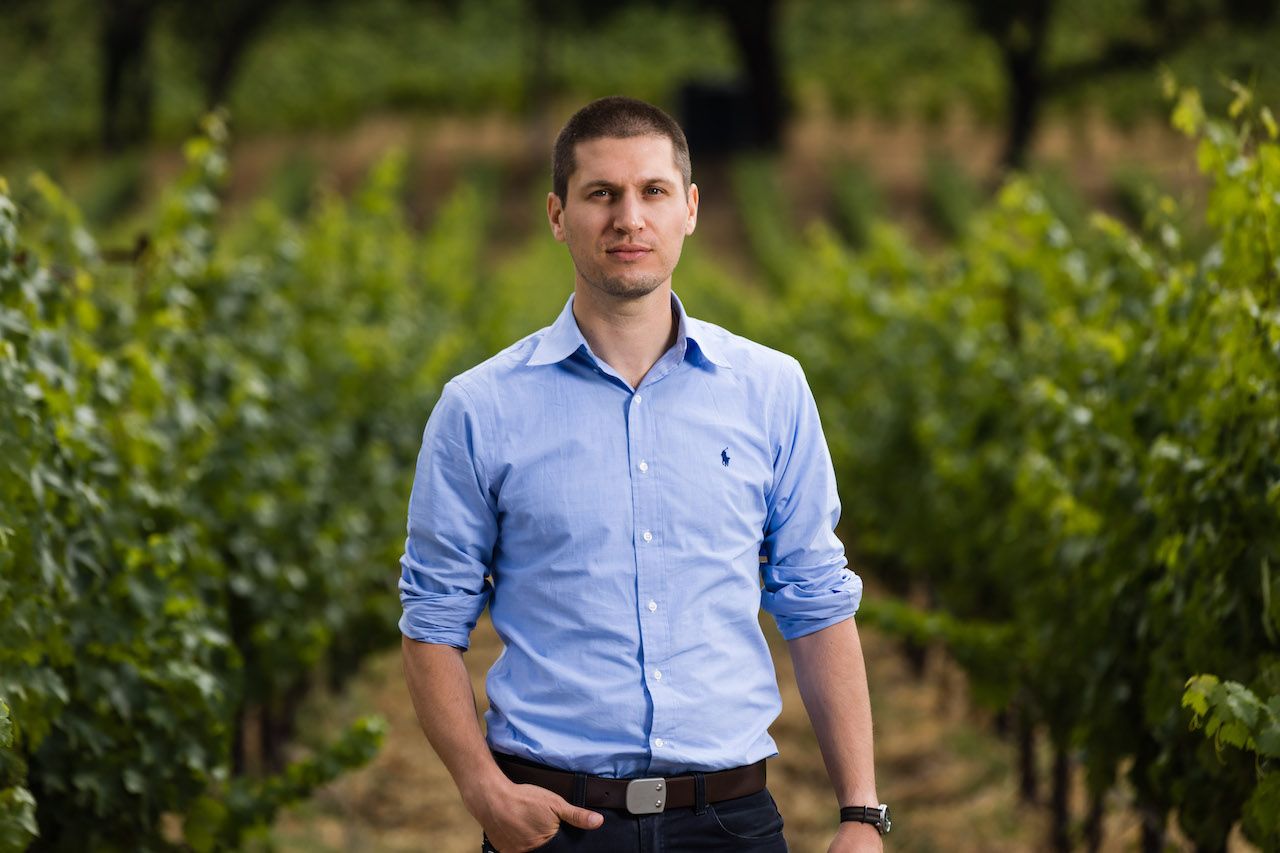 The replant is a three-to-six-million-dollar project, and Barrett, who approved the project, won’t see much of the wines before he retires. Chateau Montelena still makes chardonnay and cabernet sauvignon. It also makes riesling, petite sirah, and zinfandel. The brand started making a sauvignon blanc after a bulk wine buyer purchased Chateau Montelena’s juice and sold it as is with a different label. It was so popular, Crafton says, Chateau Montelena started bottling a small amount of its sauvignon blanc under its own name. It’s all part of seeing what works and moving the brand forward.

While the past is reason enough to respect Chateau Montelena, the modern products and ethos continue to be a draw. The Instagram-perfect castle and wine experiences don’t hurt either. On any given day, you’ll find collectors with a deep knowledge of different vintages tasting alongside a 25-year-old Instagrammer, Crafton says. And while he’s open to experimentation, he’s not going to do anything that feels far from the brand’s mission and will never “get a focus group together and ask what people think of the wine.”

“The legacy is definitely a historical footnote,” Crafton says, adding, “The best way to honor the legacy is not to dwell on it but focus on what gave us that legacy.”

There’s much for wine lovers to see in Napa (and those with some time in the area shouldn’t forget nearby Sonoma). For anyone who wants a full picture of the area, it’s best to get a mix of historic and modern. 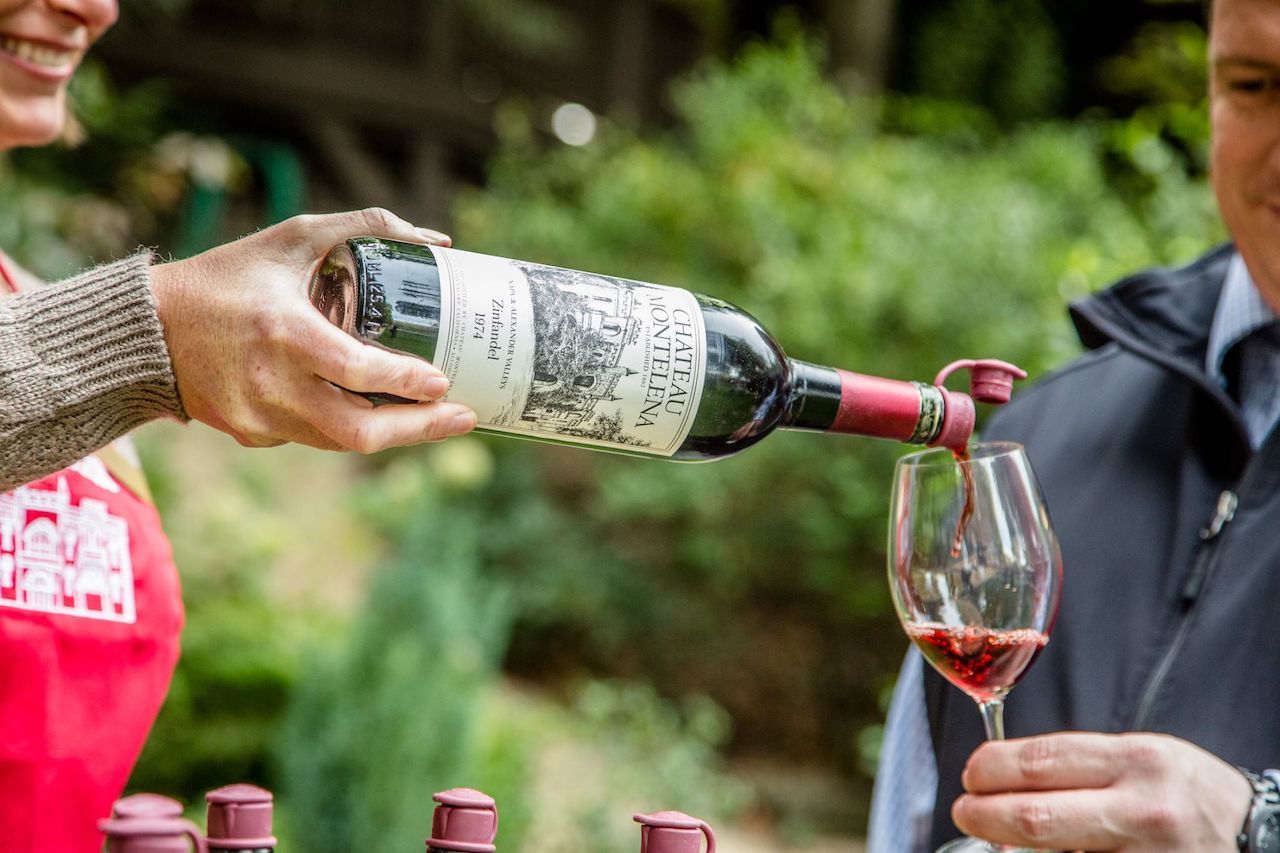 Chateau Montelena: Located near Calistoga, Chateau Montelena is driving-distance away from other popular Napa towns like Yountville, St. Helena, and Napa. The towering stone chateau is a more than attractive enough backdrop for tasting fresh and innovative wines, as well as historical verticals that’ll make any collector drool.

Stag’s Leap Wine Cellars: Taste another of the original award-winning Napa wineries with a visit to Stag’s Leap. It’s just north of Napa before you reach the Yountville Crossroad. Estate tours start at $75 per person. 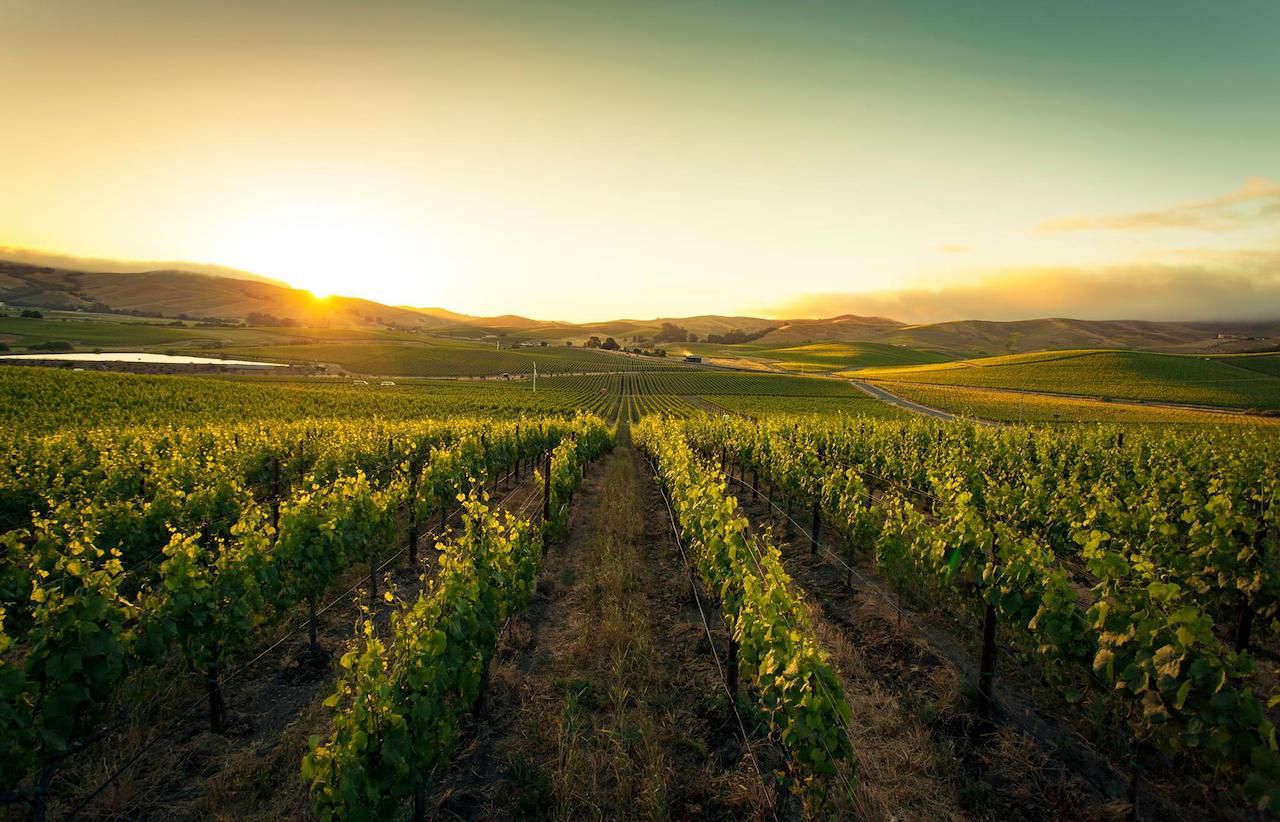 Grgich Hills Estate: Mike Grgich made the chardonnay for Chateau Montelena that won the Judgment of Paris. A year after the tasting in 1977, he started his own winery with Austin Hills. The winery today has a focus on natural wine and sustainability. Tastings range from $25 for a flight of five to $90 for a flight of six with a guided tasting and cheese pairing.

Trip PlanningThe 7 Most Exciting Places To Travel To Drink Wine in 2019
Tagged
Trip Planning Wine
What did you think of this story?
Meh
Good
Awesome