The contestants of The Bachelor and The Bachelorette who make it through the first few weeks are rewarded with one constant season to season: a pretty spectacular vacation to somewhere far-flung. Previous seasons have brought the hopeful fiancés/future influencers to places like Bora Bora, South Africa, Croatia, and just about every island in the Carribean. So it’s no surprise that last night, the ladies were a little less than enthused when host Chris Harrison told the ladies to pack their bags… Peter was taking them to Cleveland!

The ladies sojourn to Cleveland, Ohio, inspired many memes and started trending on Twitter, adding to the pile on of a city so often the butt of the joke. But there was no reason for The Bachelor ladies to despair. Cleveland actually is exciting, and it’s one of the most fun places you can go in the United States for a weekend break. While you may not be able to tackle your enemies on the Cleveland Browns football field or have Cedar Point all to yourself, as the women did on their dates, you can experience delicious food and drink, a vibrant waterfront, and, as Chris Harrison said, “a city full of art, culture, and rock and roll.” 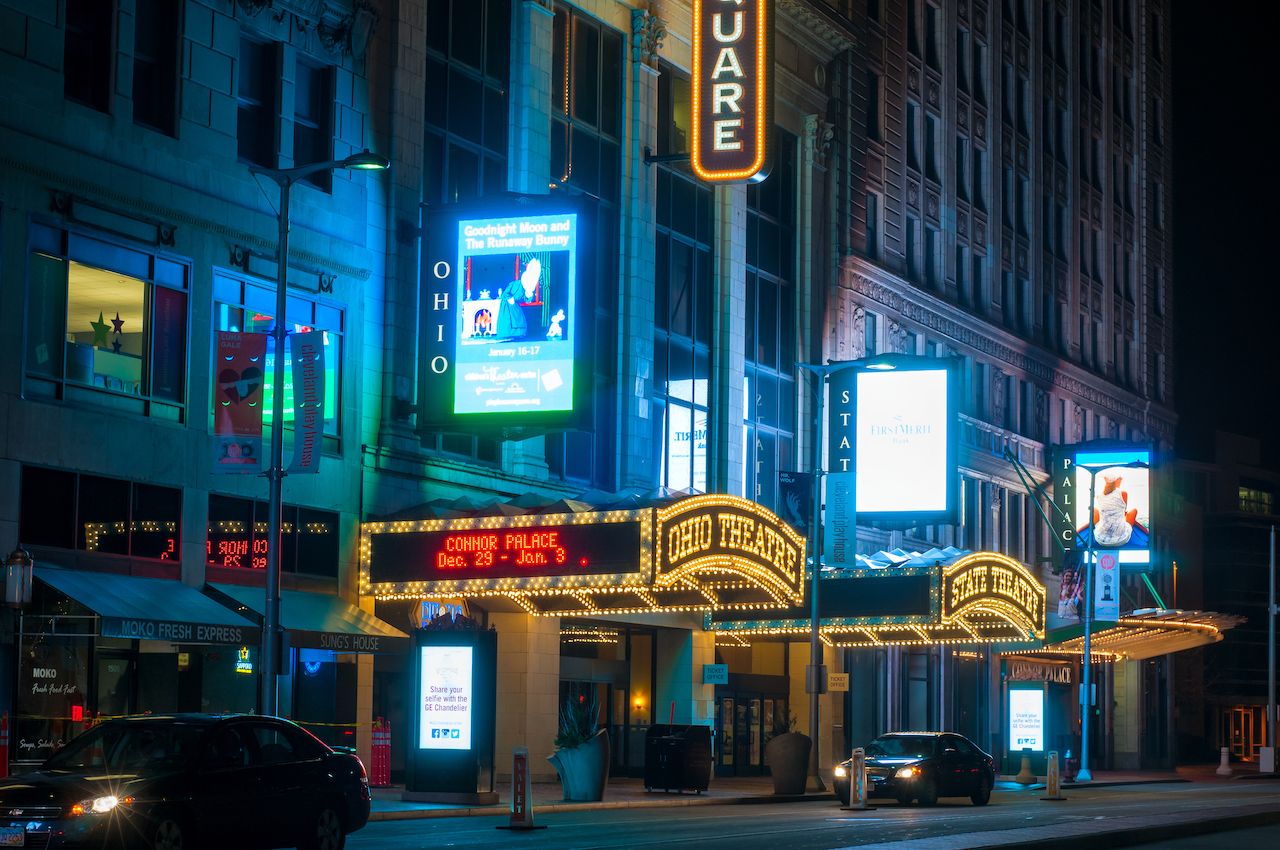 During another lifetime, Cleveland was one of the richest cities in America, home to families with names like Rockefeller who in addition to building impressive Gilded Age mansions also invested heavily in the arts. The fruits of those glory years still stand today as Cleveland is home to the second-largest performing arts center in America at Playhouse Square, a collection of grand old theaters from the roaring ‘20s, revitalized and restored in the 1980s.

Cleveland also has an orchestra that’s mentioned in the same breath as New York and Boston. As well as the stately Cleveland Museum of Art, which, in addition to showcasing impressive works from around the world, is more importantly free, and, of course, the interactive Rock & Roll Hall of Fame.

It’s a little like Portland, minus the intentional irony. 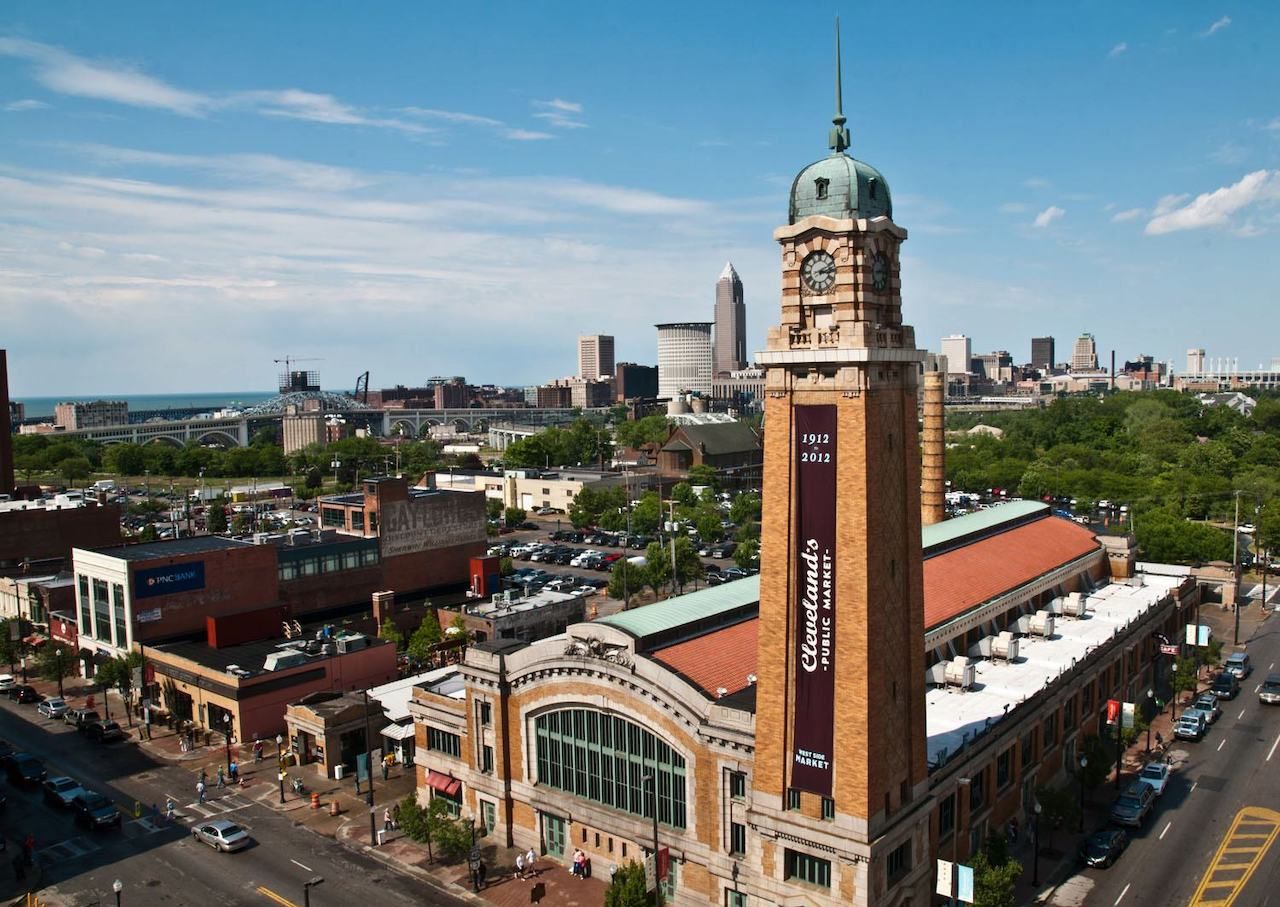 While many trendy cities try to recreate Americana and pass it off as hipster cool, Cleveland is Americana. Its neighborhoods are the beautiful Midwestern Craftsmans and Victorians of our manufacturing heyday, most notably Ohio City where young people have brought the homes back far enough to be nice, but not so far they aren’t affordable.

Those homes lead into the neighborhood surrounding the West Side Market, where the Market Garden Brewery, McNulty’s Bier Markt, and other independent businesses fill the once-dying brick warehouses. What was once industrial wasteland is now a lively weekend destination, where you can play in a shuffleboard lounge or enjoy tiki drinks not far from Lake Erie on a cold January afternoon.

Cleveland is full of other creative, inventive neighborhoods too, which, rather than being filled with condescending hipsters, are filled with genuine Midwesterners who just want to bring something cool to their city. You’ll find it in Gordon Square, where beer-battered donuts and local beer are on the menu at Brewnuts. A short walk from there you’ll find the Superelectric Pinball Parlor. Fun and creativity abound in Cleveland, and if you’re willing to delve past downtown, it’s not hard to discover. 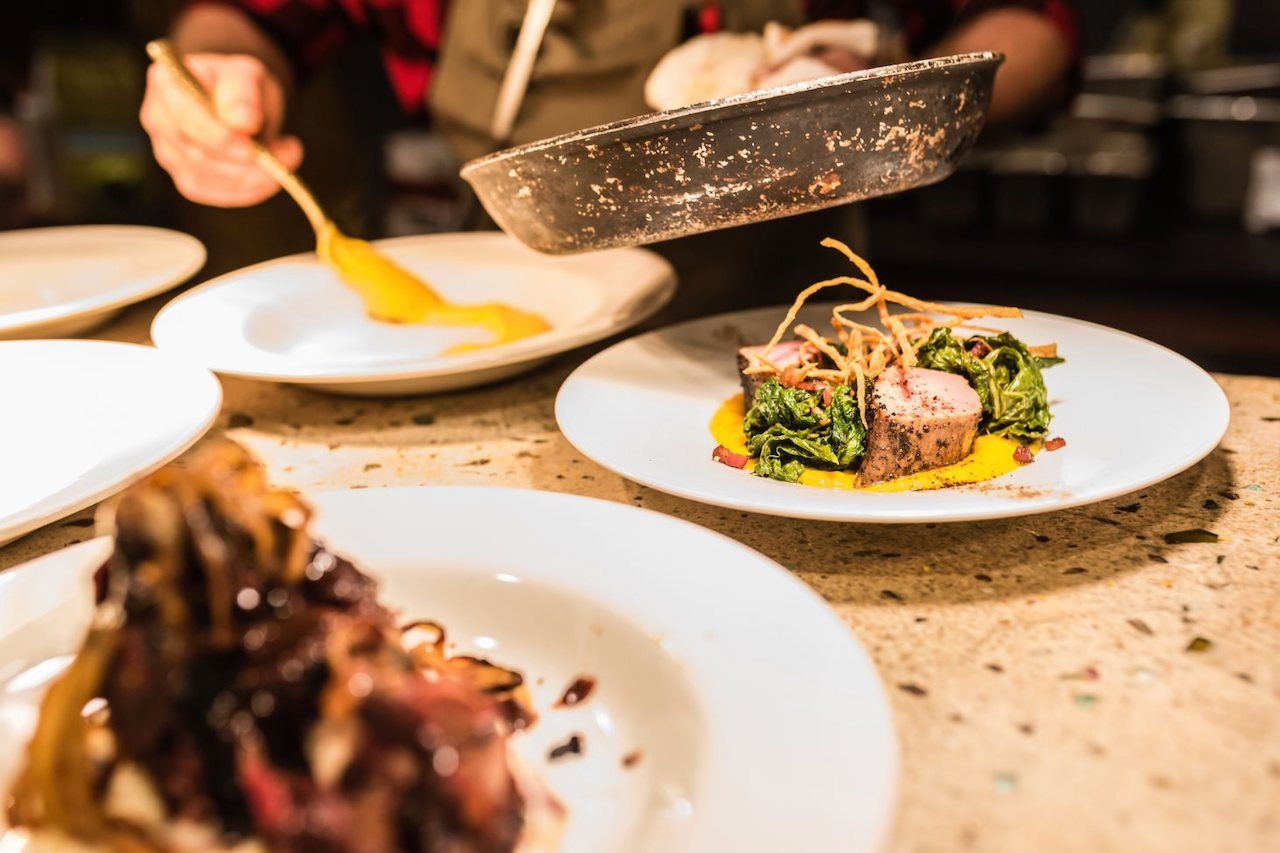 If there’s one thing Cleveland has gotten credit for over the past decade, it’s been its food. That reputation’s been bolstered mostly by Michael Symon — a name you may recognize from Iron Chef and airport terminals — and Jonathon Sawyer. They’re both James Beard Award winners who gained acclaim with spots like Lola Bistro and Greenhouse Tavern but have moved on to more eclectic offerings like Mabel’s Barbecue. Many of their creations can be found along East 4th St., a short pedestrian mall that foot-for-foot may have the best restaurant offerings in America.

Great as these chef’s restaurants are, you can find good modern American food in most big cities. What makes Cleveland so unique is spots like Sokolowski’s, a no-frills cafeteria full of pierogi and paprikash, where you’ll rub elbows with Cleveland lifers and leave uncomfortably stuffed. It’s a place that reminds you that even as Cleveland gets a fresh coat of 21st-century paint, it’s still a blue-collar town. And one that never takes itself too seriously. There’s also plenty of street food, as proven by Peter and his date’s foray into pierogi carts.

The grand arcades rival those in Europe. 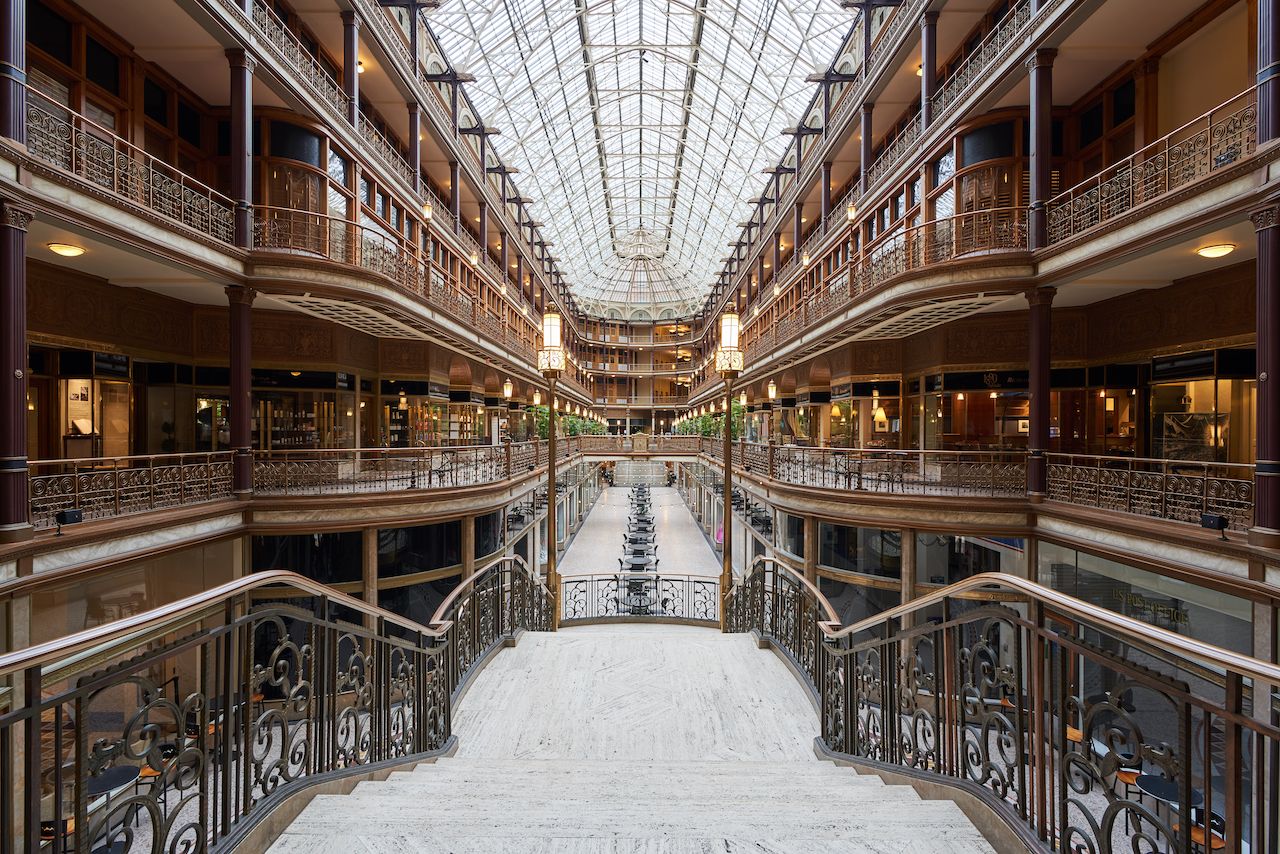 Again, because Cleveland was once home to some seriously wealthy people, it’s also home to some of the grandest architecture in the united States. The landmark Tower City Center is an Art Deco masterpiece, once a bustling train station and now a shopping mall below office spaces. It’s but one of the early-20th-century gems you’ll find here, along with the Allen Theatre in Playhouse Square and The Mall, a small urban park around which much of downtown is planned.

You’ll also find stunning arcades hidden throughout downtown, and though they may not be filled with the lavish shops they were in their heyday, they’re no less impressive. The most Insta-famous among them is The Arcade, a four-level tribute to 19th-century Italy complete with intricate metal works and a glass skylight. The 300-foot arcade is not the only one in downtown either. Though small and not nearly as ornate, the Euclid and Colonial Arcades (collectively the 5th Street Arcades) are also aesthetically pleasing shopping experiences and an excellent escape from the cold.

Cleveland has great beaches. No, seriously. 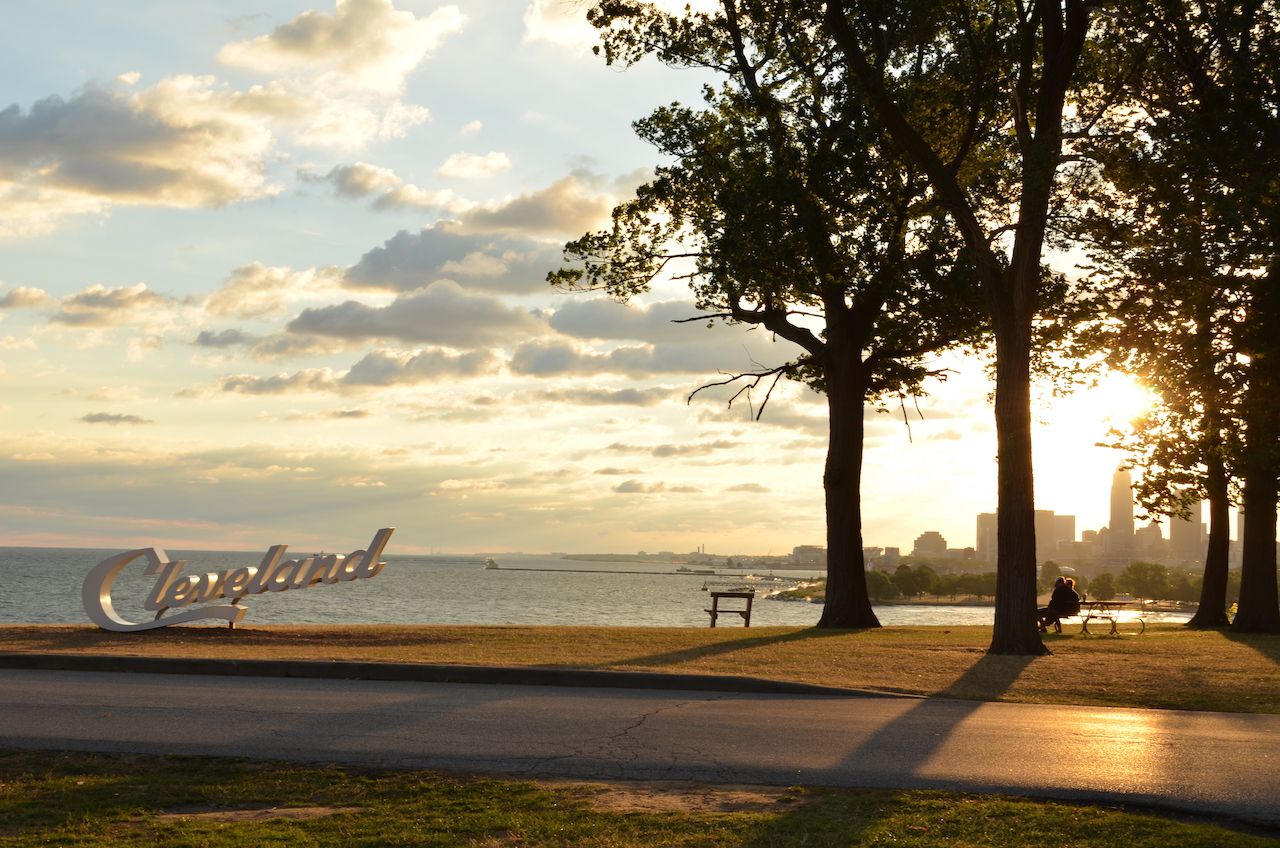 No, it’s not exactly Clearwater on Lake Erie, but the shoreline along Edgewater Park is still one of the better urban beaches you’ll find in America and certainly not what one would expect in Ohio. The once-septic waterfront park underwent a $4.4 million restoration last decade and now houses a 2,400-foot stretch of shoreline that serves as a calming escape from the city. If you go during the summer, make a point to catch part of the annual concert series, which draws a comical cross-section of residents from around the area. Also be sure to grab drinks at the park’s two-story Beach House, which offers stunning views of the lake.

The waterfront is seriously entertaining day and night. 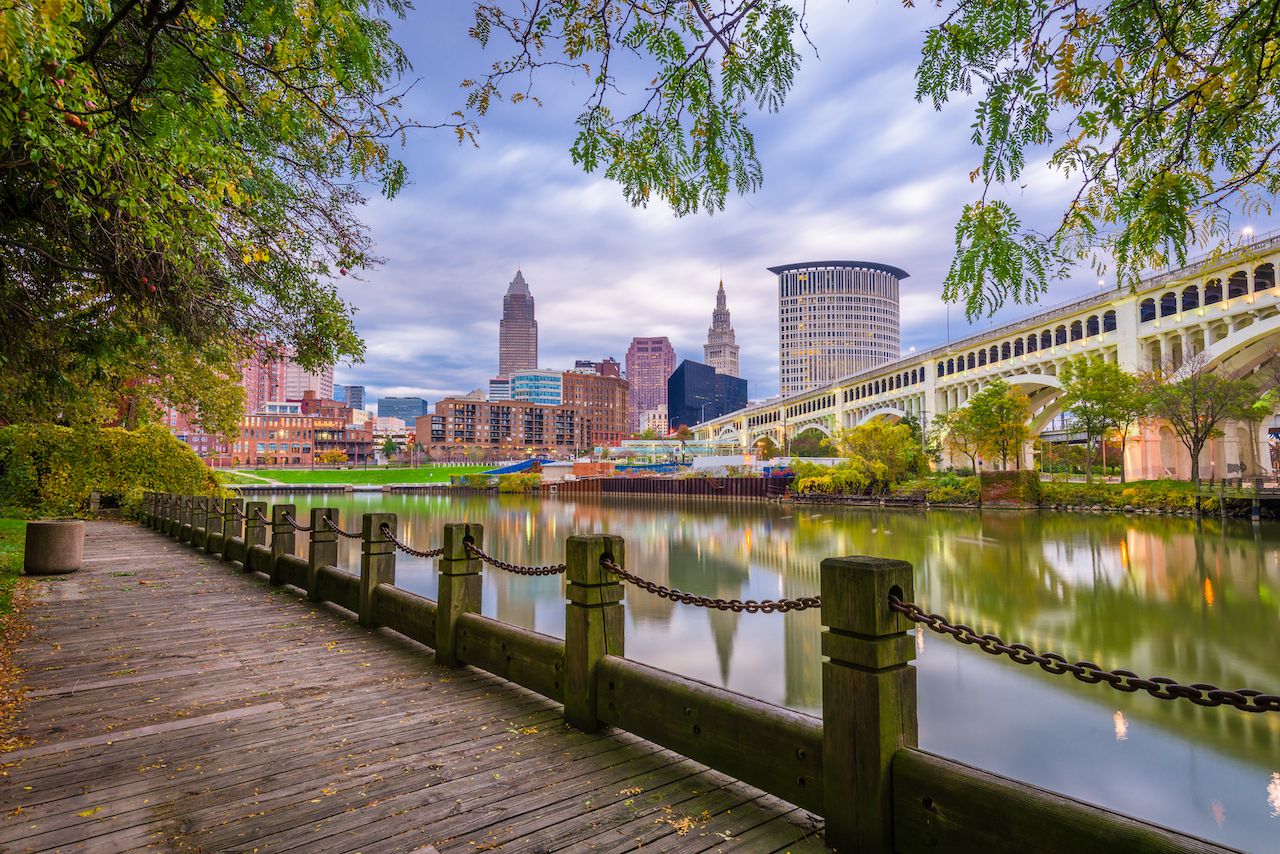 During Cleveland’s darker years, The Flats area along the Cuyahoga River was the kind of decrepit waterfront wasteland where you’d expect to see drug deals and body dumping. But like the rest of Cleveland, the area has turned itself around and now offers a solid mile of waterfront restaurants, breweries, and dayclubs that make it one of the most vibrant parts of the city.

At Collision Bend Brewing, you can enjoy house-made beer on a big, sunny patio, and if you try and get a spot on a summer weekend, you may find yourself waiting for hours. Ditto for Punch Bowl Social, a small chain that offers tropical vacation drinks in the heart of the Rust Belt. You can even get a little slice of French Riviera — or at least as close as you’re getting in Cleveland — at FWD Day and Nightclub if you’re trying to Rosé all Day.

People are genuinely excited for you to be there. 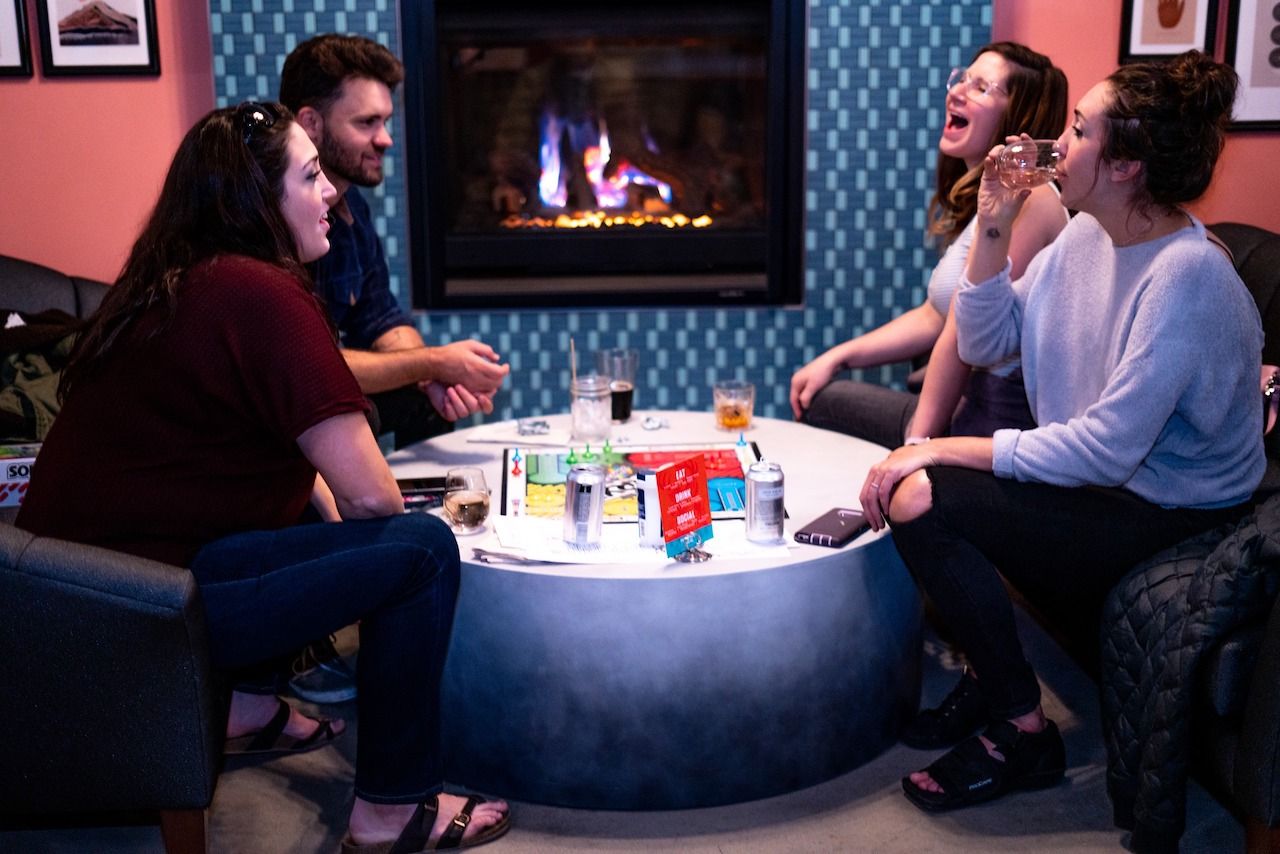 But what you will absolutely love best about Cleveland is that locals seem legitimately glad you’re there. Because the city hasn’t come anywhere close to suffering from overtourism, locals aren’t just excited when you tell them you’re from out of town — they’ll almost act surprised you came. But once you get past the pleasantries, nearly everyone you encounter will be happy to tell you at great lengths why their city is so great, and throw you better recommendations than you’ll ever find online.

Cleveland may not elicit the responses Jamaica or Cancún might when a group of bachelorettes learn it’s where they’ll be going on holiday. But that’s exactly the point of its appeal. As a city nobody expects much from, Cleveland will exceed your expectations within a couple of hours. And if you spend enough time there, you’ll understand why it’s just as cool a destination as anywhere else The Bachelor has gone. But for what it’s worth, a lot of destinations from previous seasons, like Croatia, have since taken off, so you should probably head there before the next Bachelor couple breaks up — i.e. very soon.

CultureWacky Traditions Single People Around the World Have To Endure
Tagged
Entertainment Insider Guides TV
What did you think of this story?
Meh
Good
Awesome

13 Signs You Were Born and Raised in Cleveland

How a Traveler Turns "Place" Into "Home"

8 Things That Made Clevelanders Proud During 2014

Lucky Passenger From NYC Got Plane (Almost) To Himself

How To Piss Off Someone From Cleveland

10 Signs You've Been Away From Cleveland Too Long