Coffee is the second most-consumed beverage in the United States. It’s also one of the agricultural products that will feel the greatest impact from climate change in the upcoming decades.

In a 2019 study from researchers in the United Kingdom, 75 of the 124 coffee species in the world (60 percent) are classified as critically endangered, endangered, or vulnerable according to standards set by the International Union for Conservation of Nature. The major deciding factors as to whether they survive are climate change and the mitigation of diseases, which are exacerbated by climate change.

“They say, ‘You’ll find no climate skeptics in the wine industry,’ and the same well and truly goes for coffee,” says Tom Baker, the co-founder of the cold brew coffee liqueur Mr. Black.

The reason why is obvious: Coffee and coffee-adjacent industries don’t have to wait to see what climate change can do to their industry. Falling supply from some of the most impacted regions in East Africa, especially Kenya and Ethiopia, means extreme price hikes for beloved regional beans. What’s to come is likely going to be worse, as a 2014 study published in the journal Springer notes, because coffee plantations typically work in 30-year lifespans.

The 2014 study found that around 50 percent of the global area suitable for coffee will disappear by 2050 even if governments enact strict emissions standards. The Southern Hemisphere and low-altitude regions will be the most affected, led by 72 percent of Madagascar species labeled as threatened and 71 percent of species in Tanzania. However, no coffee-growing region will be spared.

“Specialty coffee is grown in a wide range of microclimates where the particular coffee variety is suited to a given combination of soil, altitude, temperatures, rainfall, and so on,” says Asser Christensen, a licensed coffee grader and the founder of the specialty coffee website The Coffee Chronicler. “These unique conditions mean that climate change will affect each area differently. Increasing temperatures will likely lead to more coffee being grown at even higher elevations.”

While Christensen adds that more dense seeds, which make a preferred cup, are produced in higher elevations, it’s not an equal trade-off for what will be lost. Areas where the climate becomes more suitable for coffee are forested, coffee farms would remove the habitat of other species, and the infrastructure for coffee growing won’t be there to begin with.

“Overall it will have a negative impact since coffee farmers will have to relocate and plant coffee in new areas,” Christensen says. “The more precarious coffee farming is, the less likely it is to attract a new generation of farmers.”

Why the threat to wild species matters 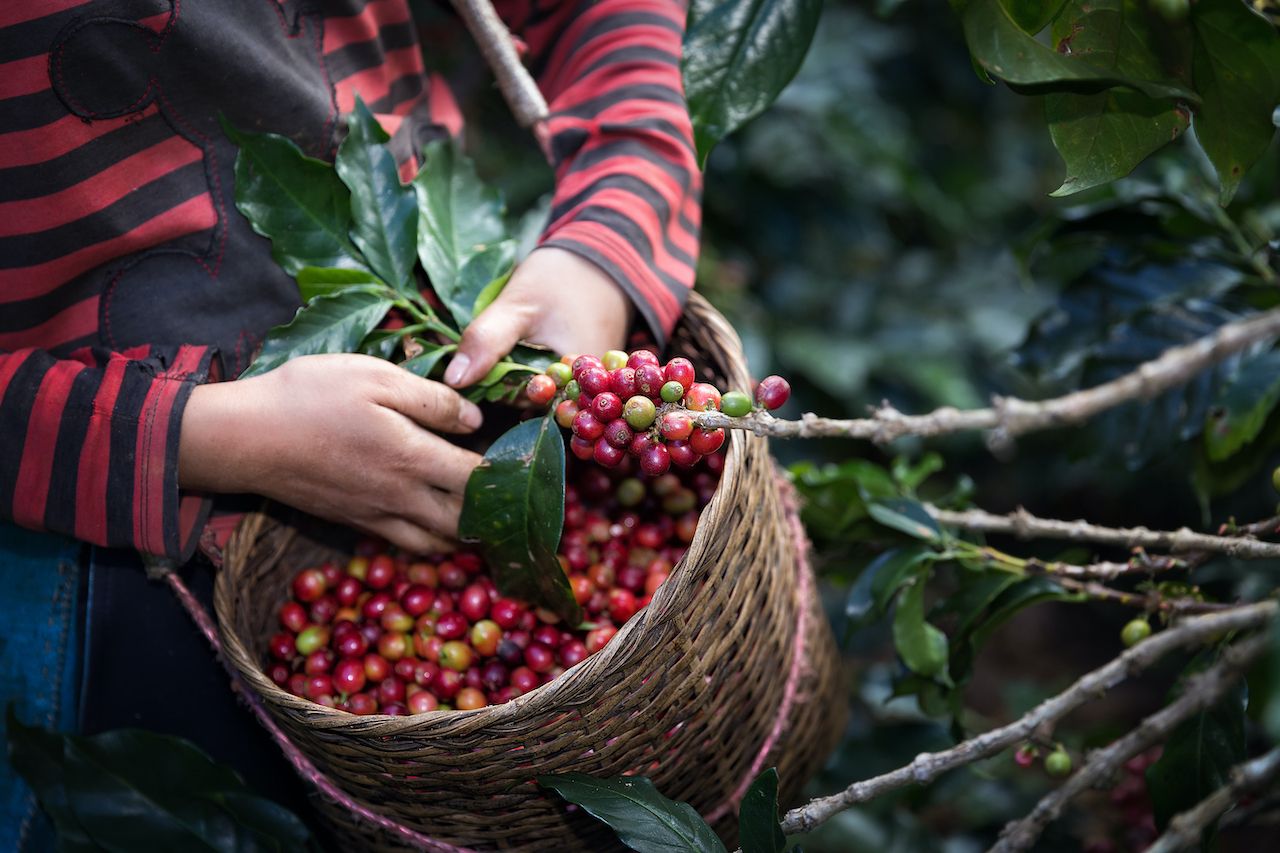 Of the 124 coffee species, we drink just two. There’s the lighter and fruitier arabica, which makes up 60 percent of commercial coffee, and the higher-caffeine robusta, which makes up the remaining 40 percent. When people talk about how climate change will impact coffee, the conversation generally revolves around how it will impact the regions that commercially grow arabica and robusta. The impact on these farms is already happening and will continue to get worse, but most of the 120-plus wild species are in an arguably more dire situation. What happens to them could exacerbate problems in the long term.

The 2019 study from the UK researchers found that, in addition to the 60 percent of species threatened with extinction, 45 percent of coffee species aren’t preserved in a seed bank, and 28 percent don’t live in an area that’s environmentally protected. Some of these threatened species could help the coffee industry as a whole through the creation of disease-resistant hybrids.

“There’s a risk that large coffee regions could be wiped out rapidly,” Christensen says. “Not due to climate change itself but because of byproducts such as new pests and diseases. This has happened previously in history. Sri Lanka was one of the biggest coffee producers in the world until coffee leaf rust decimated the production entirely in just two decades. The same thing could happen today, and we already see signs that a new fungal disease will pose a bigger threat as changes in temperature and humidity start to occur.”

Hybrids have worked for coffee before. Robusta, which is resistant to the devastating coffee leaf rust disease, was cross-bred with arabica cultivars to create more resistant plants. Coffee regions will face a diverse set of problems from an abundance of water, to not enough water, to heat and wild temperature swings. New diseases will pop up that take advantage of post-climate-change conditions. Losing wild species could mean losing the solution to the coffee shortage problem.

The benefits of flexibility and community support 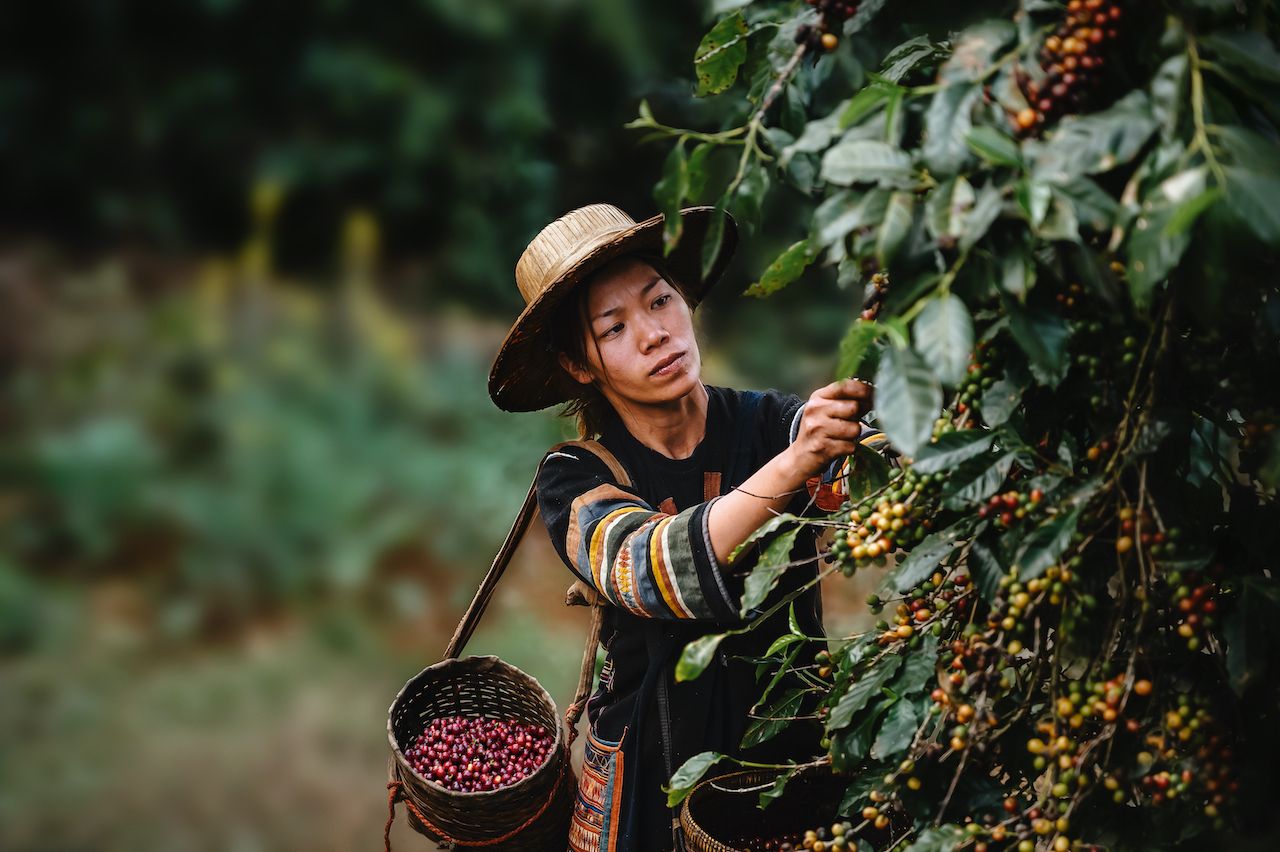 Flexibility can make change easier through actions like planting tall trees to provide shade in hotter regions and adding irrigation. The coffee farms of Mount Gorongosa in Mozambique is one example of region-specific agricultural techniques that combat climate change.

“We are a bit unique in that we are working in areas and with farmers that haven’t grown coffee before,” says Eric Wilburn, the director of Gorongosa Coffee, via email. “And thus have a bit more ability to implement more resilient planting and processing techniques to ensure a broad spectrum of flavor profiles that retains its depth in the face of climatic changes.”

Gorongosa’s farms are rainfed and grown by other trees planted to restore deforested areas. The rainforest means “there is potential for the area to be resilient to the drought effects of climate change as rainforests generate local rainfall [through humidity and formation of rain clouds],” Wilburn adds.

While the region has yet to see acute changes, the dry season has been longer than normal, and the average temperature has increased. The efforts of coffee companies can make a difference, though. Gorongosa Coffee is owned by the Gorongosa Trust, which funds conservation and community initiatives in Gorongosa National Park. Profits support education for girls, as well as wildlife and rainforest conservation and restoration.

The effects of climate change won’t hit equally. Socially conscious companies can help some coffee regions survive, but more importantly, they can help the people who depend on the coffee regions for work and income survive, as areas with lower socioeconomic conditions are at a far greater risk than wealthier areas.

Supporting the people who produce coffee, and those who protect the regions where coffee is grown, is a major way that the industry has stepped up to do its part. Some companies are opting for environmentally friendly packaging, like Wandering Bear, which also sources certified organic to support “farms and farmers who employ best practices for sustainable agriculture,” says co-founder Ben Gordon.

“Like any brand with organic products, we pay a premium for organic ingredients,” Gordon says. “So we’re quite literally communicating that we place a higher value on organically grown goods, and we’re using our commercial influence to advance those practices.”

Buying coffee from transparent, direct-trade roasters like Nguyen Coffee Supply is something that eco-conscious consumers can do. Responsible buying puts money in the hands of farmers who are working to best implement climate-change-resistant practices.

Climate change is going to drastically change coffee as we know it. It’s up to coffee companies and consumers to decide how much.

Coffee + TeaIt’s Past Time To Respect the Vietnamese Coffee Bean
Tagged
Coffee + Tea Sustainability
What did you think of this story?
Meh
Good
Awesome