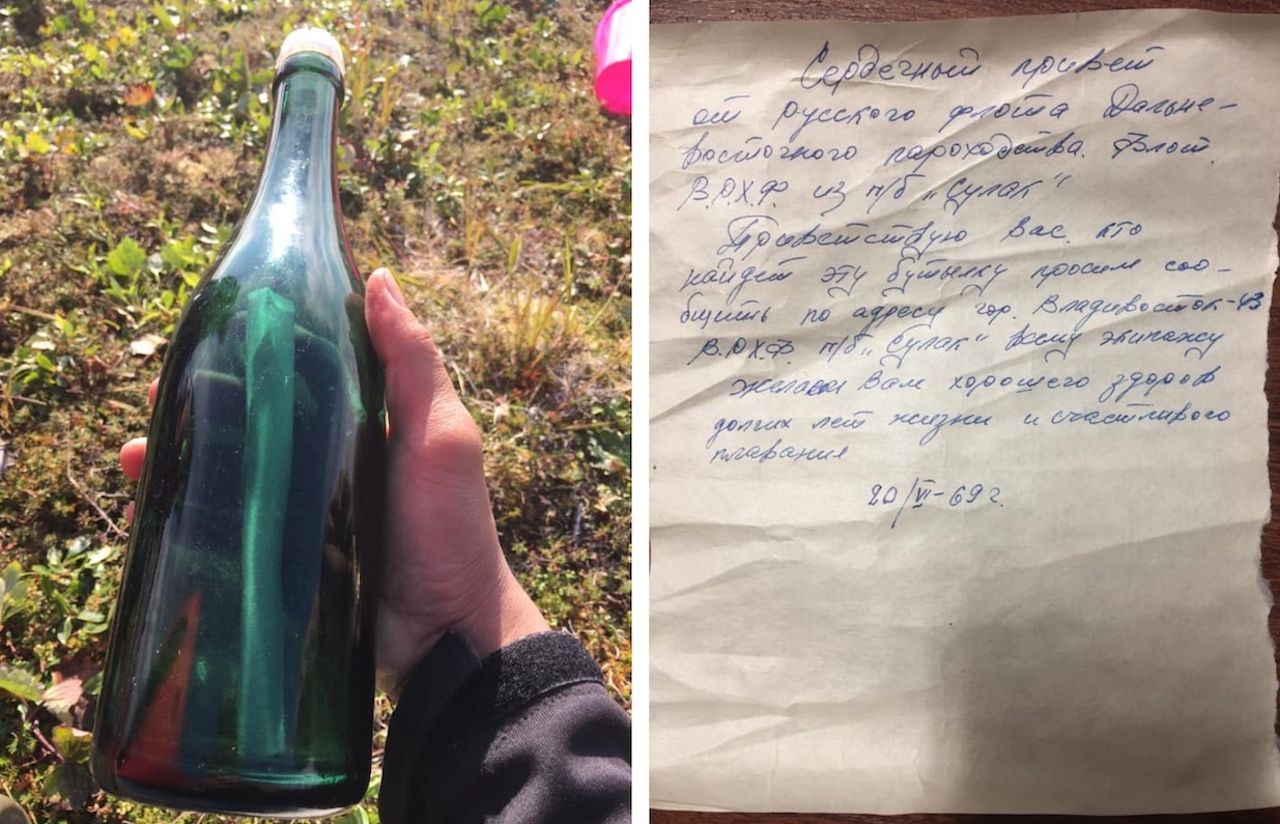 After sharing the message on Facebook, Russian speakers translated it as a greeting from a Russian sailor dated 1969. It also included an address, and a request for a response from whoever finds it.

“A heartfelt hello from the Russian far-eastern fleet of Vladivostok. Greetings to you. Whoever finds this bottle is asked to inform this address: City of Vladivostok — 43 ‘Vostokrybholdflot’ of ‘SULAK’ floating base to the whole crew. I wish everyone good health, longevity, and happy sailing. June 20th, 1969”

The author was identified as Captain Anatoliy Botsaneko, who wrote the message while aboard the Sulak, on which he sailed until 1970. Botsaneko confirmed, “It looks like my handwriting. For sure! East industry fishing fleet! E-I-F-F!” and allegedly shed tears of joy when shown pictures of the discovery.

Ivanoff has not yet revealed whether he would send a message in return, but has expressed his appreciation for the practice of messages in a bottle, The Guardian reported.

“That’s something I could probably do with my kids in the future,” he said. “Just send a message in a bottle out there and see where it goes.”

Art + ArchitectureThese 7 Palaces in Moscow Are Straight Out of a Fairy Tale
Tagged
News Alaska, United States
What did you think of this story?
Meh
Good
Awesome