Eating well is half the secret to a long, happy, and healthy life for Bonifacio Ávila Berrío, known in Cartagena, Colombia, as simply “El Bony.” The other half is staying as physically fit as a fiddle.

“I get up with the sun and come into the beach from my barrio to train every day,” Berrío tells me one weekday afternoon on the patio of his restaurant, Kiosko El Bony, which sits on the sand of Bocagrande Beach in front of Cartagena’s Hotel Caribe. At 72 years old, this former Colombian world championship boxer looks as nimble as many people in their 20s and 30s, and his speech is peppered with jokes and puns that show his mind is in top shape as well.

“When I was about 28 years old, a friend of mine said to me, ‘Right now it’s all good, but once you pass 38 years old, being a boxer is not really going to work anymore!’” Berrío says as he explains why a boxing champion at the height of his career decided to open a seafood restaurant well before he retired.

Now nearly four decades old, the restaurant is a true Cartagena icon, and one of the most highly recommended places to eat in the city. That’s no small feat with Cartagena being known as a food capital of Latin America. Visitors leave rave reviews for Kiosky el Bony and the locals swear by the potency of his “aphrodisiac” seafood cazuelas (stews). 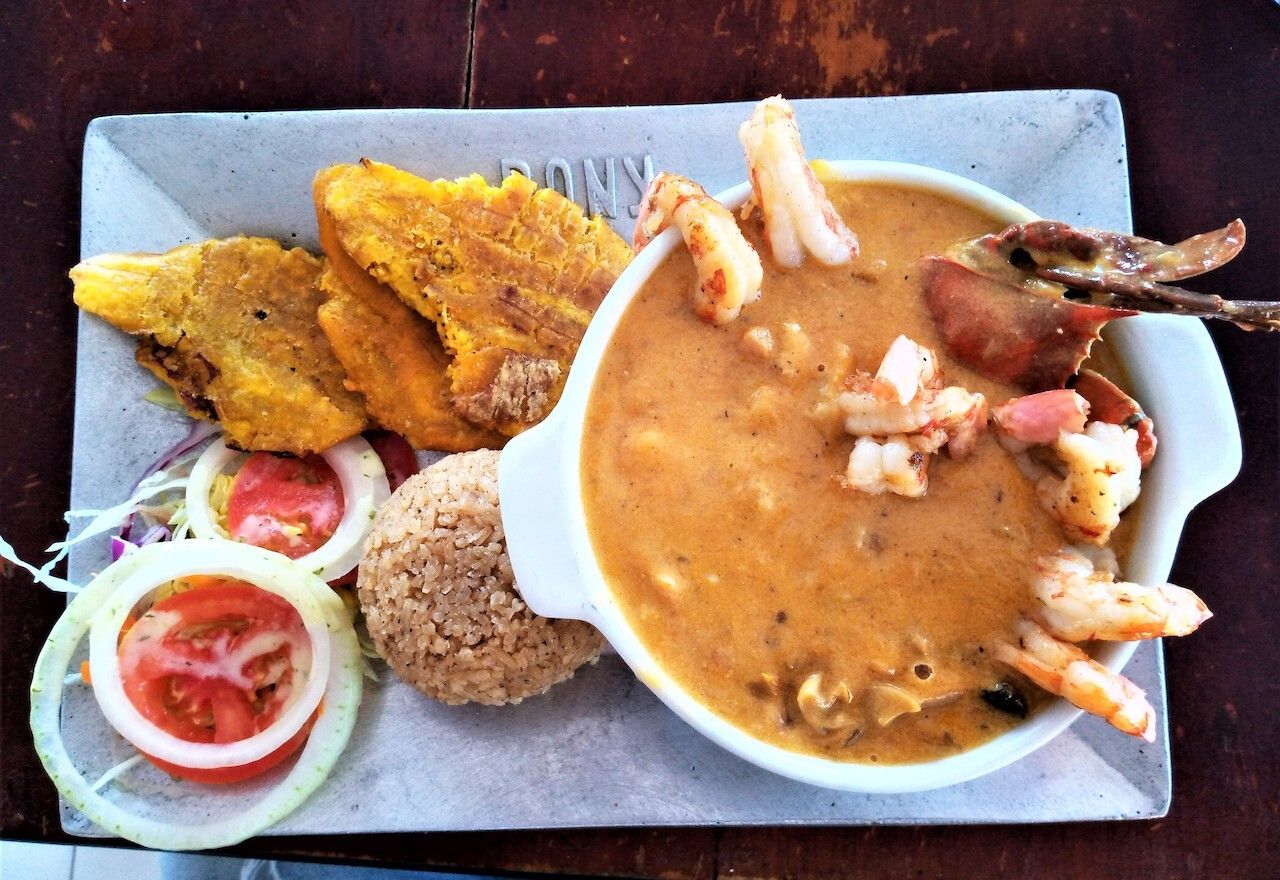 Bursting with shrimp, mussels, clams, and crab, the cazuela is also infused with herbs and spices that Berrío claims is the “authentic” way to do this Caribbean coast specialty, unlike the watered-down versions you get at most of the tourist-oriented restaurants in town. For Berrío, eating power-packed food like this was one of the keys to his success as a boxer, a career that he began in Cartagena in the early 1970s.

Born in Colombia’s Caribbean department of Sucre, which lies just south of Cartagena, Berrío knew he wanted to be a boxer since he was a little kid. He came to Cartagena to learn from “El Chico de Hierro” (The Iron Kid), who was a famous boxing trainer that took the young Berrío under his wing. Berrío survived by selling mangos on the beach by day and fishing under the Manga bridge by night, and in between, he quickly became a local boxing legend. Locals say that one of the ways he trained is by chasing and catching iguanas, much like how Rocky Balboa trained by chasing chickens in the Hollywood movie. 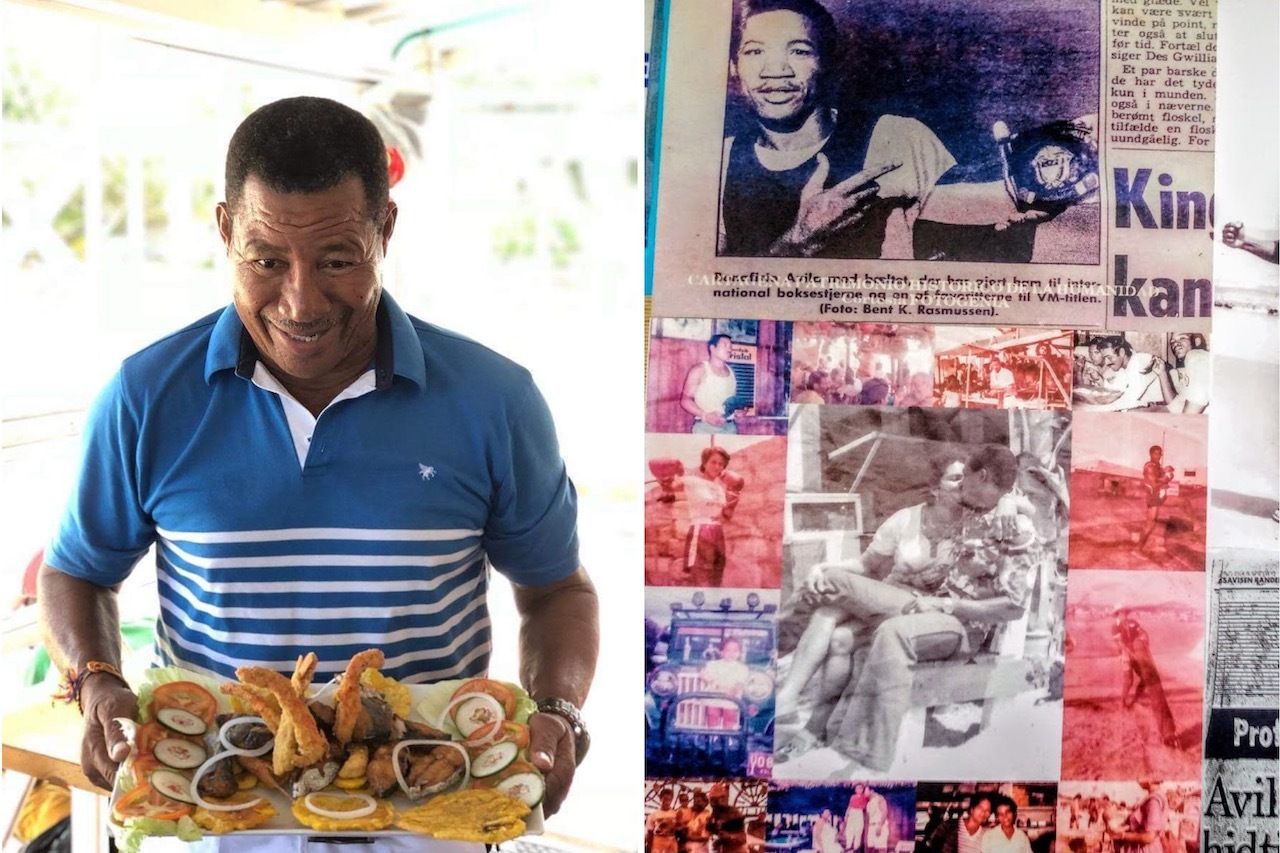 Berrío’s big break came when Puerto Rican boxing legend Nelson Lasalle came to Cartagena, and the two squared off in front of a packed crowd in Cartagena’s historic bullfighting ring Plaza de Toros. Berrío knocked Lasalle out cold in the sixth round. The victory changed his life forever.

“Not long after that fight, I went to Germany to box in the Olympics,” Berrío recalls. “And later I went to England, to South Africa, and to Canada.” All in all, Bony fought 34 matches as the middle-weight champion of Colombia. He retired from boxing in 1978 to his beachfront restaurant, where you’ll still find him overseeing operations seven days a week. 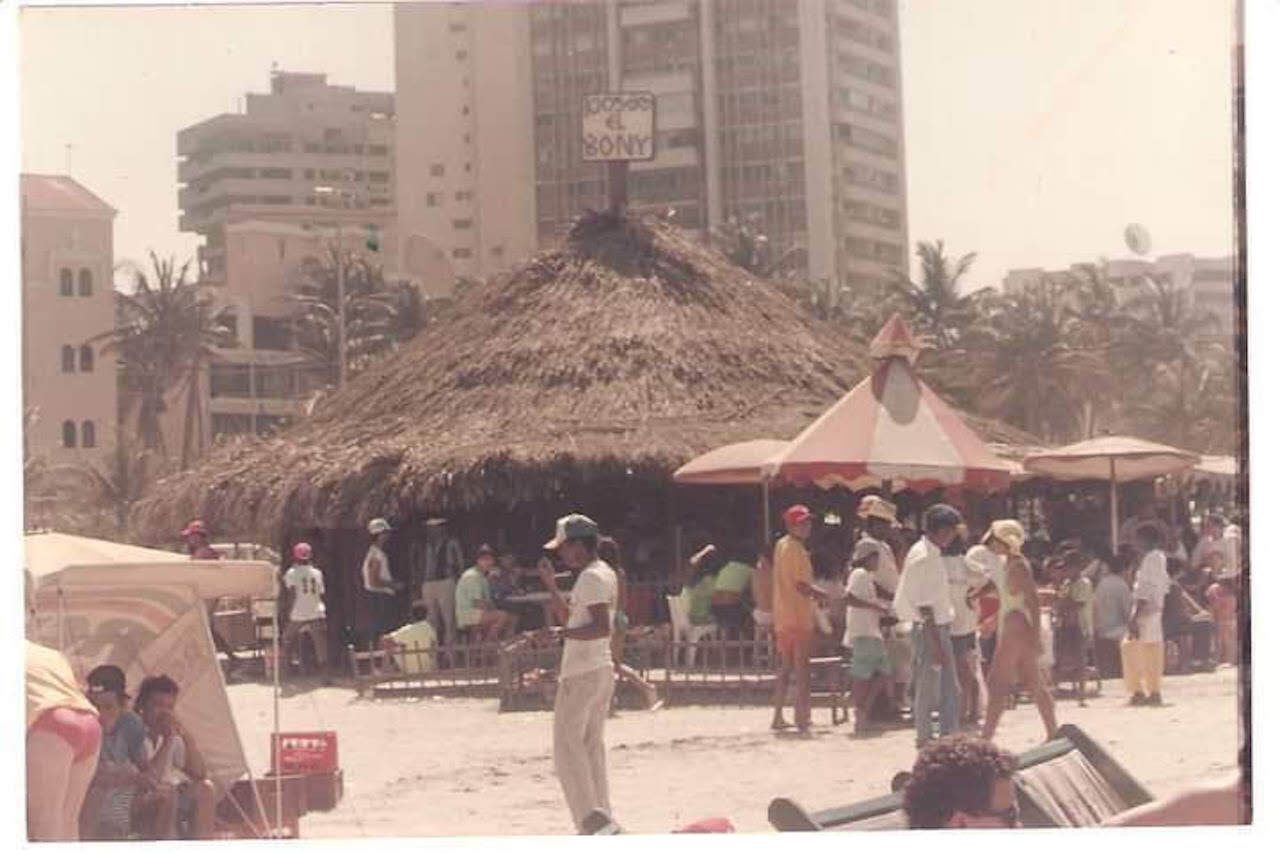 “I had worked a lot in my younger years, including right here on this beach,” Berrío says, gesturing to the golden sands and packed chairs of the Bocagrande beach. The ancient domes and spires of Cartagena’s Old City lie shimmering in the distance across the water.. “So I was happy and content to come back to the beach.”

No stranger to the sea himself, Berrío used to have his own team of a half dozen fishermen that supplied the restaurant with freshly caught fare every day. But nowadays, he says it’s easier to just hit the massive Bazurto market in the morning, where local boats show up after hours of pre-dawn fishing with nets bursting full of local species like pargo rojo (red snapper), lebranche (mullet) and sierra (swordfish).

It’s perhaps this dedication to fresh and healthy ingredients — equal to his dedication to boxing that catapulted him from the streets of Cartagena to national champ, that is behind Berrío’s success as a restaurateur. There’s nothing fancy about Kiosko el Bony. In fact, it looks like something out of the Jersey Shore with its Formica tables and simple chairs. But once the food comes steaming out of the kitchen, that’s where everyone’s attention goes. 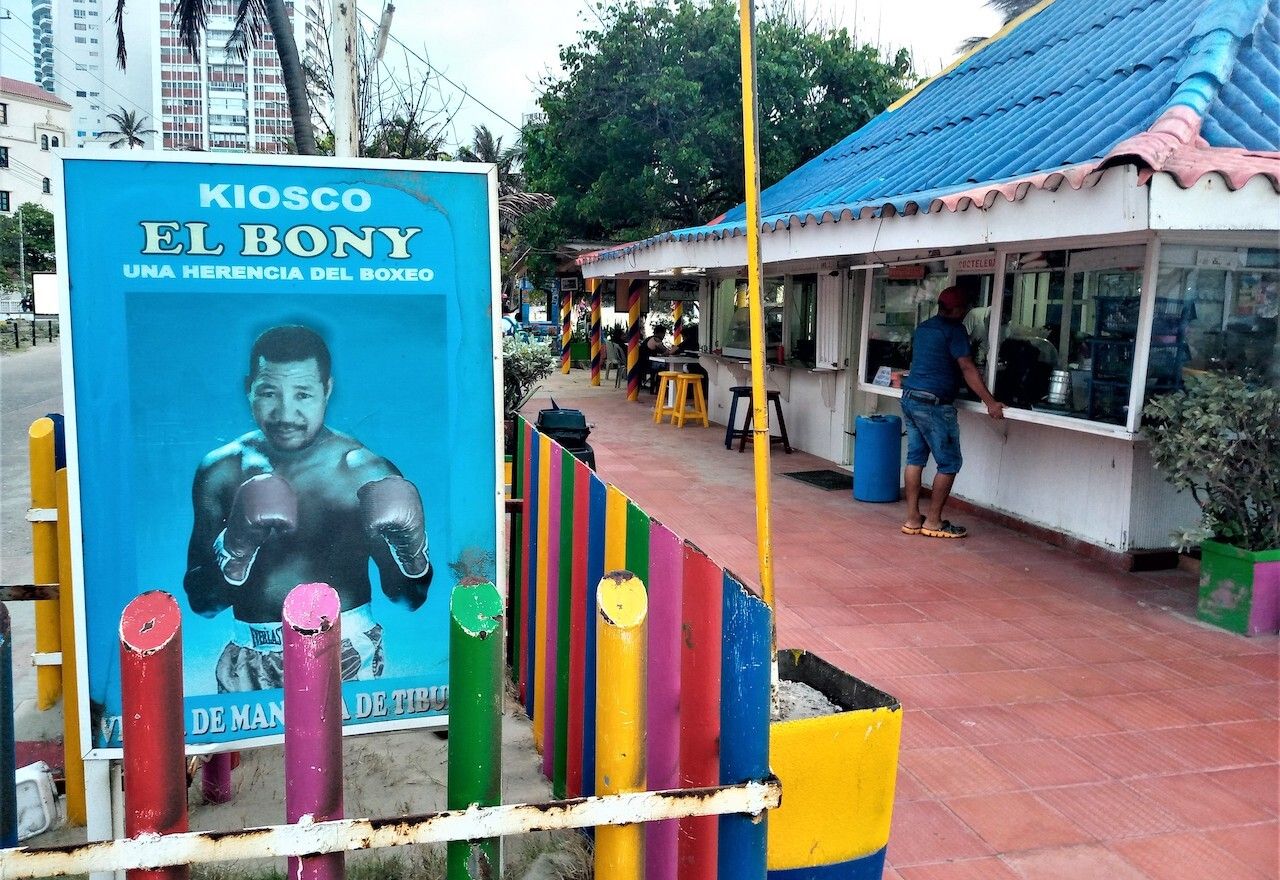 Even on this weekday afternoon, the place is packed both inside and outside, both in the dining room and out on the patio. Waiters and cooks rush around, many of them Berrío’s family members, and all of them with a similar wry sense of humor that attempts to turn everything into an innocent, but often pertinent, joke.

“Those who don’t come to my restaurant,” Berrío says laughing, “well, to tell the truth, it’s like they never really came to Cartagena.”

Food + DrinkColombia and Venezuela Both Claim the Arepa. Here’s the Difference Between the Two.
Tagged
Food + Drink Restaurants + Bars Colombia
What did you think of this story?
Meh
Good
Awesome