Many people’s perception of the Nevada desert is limited to a single city illuminated by neon and dripping with vice. Far to the south by the border with Arizona, however, you’ll find a scene that feels more like the sands of Saudi Arabia than a corner of Nevada. On the second weekend of September in the small historic mining town of Virginia City, camels, zebras, and ostriches descend on the desert and compete for glory at the International Camel & Ostrich Races.

The International Camel & Ostrich Races started in 1959. It’s rooted in the rivalry between two newspapers: the Virginia City local Territorial Enterprise and the San Francisco Chronicle. The editor of the Territorial Enterprise had printed a false story about camel races in Virginia City as a hoax, and the editor of the Chronicle, believing it was real, reprinted it. Embarrassed about being fooled, a Chronicle editor borrowed a camel from the San Francisco Zoo and sent a team to race it in Virginia City. The tradition has been in place ever since, only now it also involves ostriches and zebras (note that while ostrich riding was once more popular, riding has declined in recent years as the wild animals can be dangerous and experts say no one over 200 pounds should ride an ostrich). Guests also have the opportunity to ride a camel. 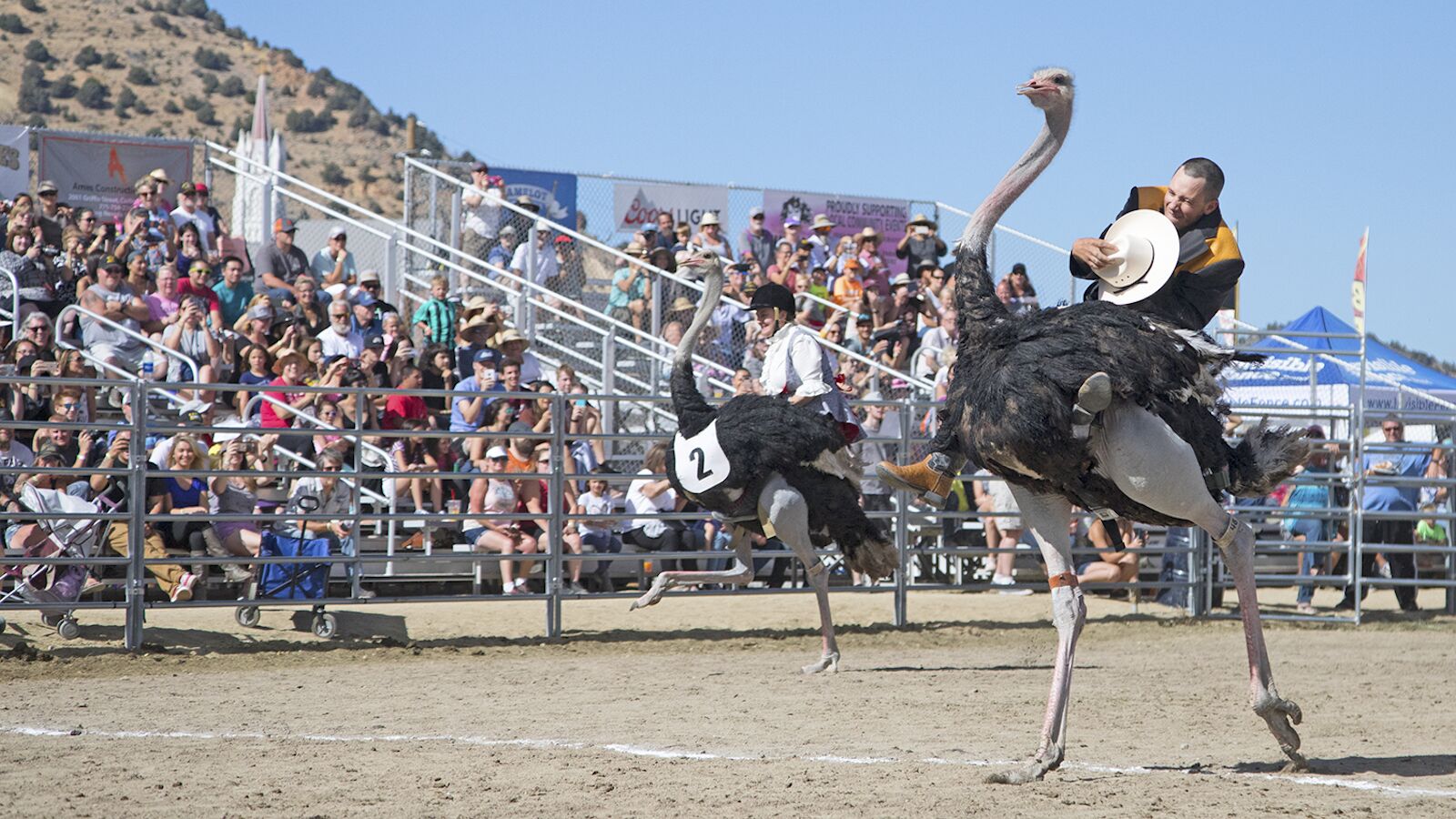 Virginia City isn’t just famous for an offbeat racing culture, either. The Territorial Enterprise is the paper where Mark Twain got his first writing gig, and the town itself is where the Comstock Lode of silver ore was discovered in 1859. Camel racing is simply the city’s most current claim to fame.

This year, the race takes place from September 9 to September 11, at the Virginia City Fairgrounds. The festivities kick off with a Friday night race, and continue with two events on Saturday and Family Day on Sunday. Tickets are $20, though VIP seating and amenities are available for additional cost.

SustainabilityHow To Have an Ethical Camel-Riding Experience
Tagged
Festivals
What did you think of this story?
Meh
Good
Awesome