For thousands of years, camels have been used as a mode of transport in the desert. They can carry heavy loads and stay hydrated for hours at a time, attributes that made them vital to the survival of desert dwellers in various regions. However, as so often happens, a heavy influx in tourism to countries including Morocco, Egypt, Jordan, Australia, and China has led to the camels being used as a revenue generator for tour companies and locals, often at the expense of well-being conditions necessary for a healthy and happy life. Tourists are frequently offered the chance to ride these camels for hours on end with very little thought given to how this affects the camel’s well-being. Most people consider camels to be more than capable of undertaking these tasks. While history suggests that this is somewhat true, it is not always the case. Fortunately, there are some signs to look out for before deciding whether or not your camel ride is ethical.

Make sure the tour operators train their camels humanely. 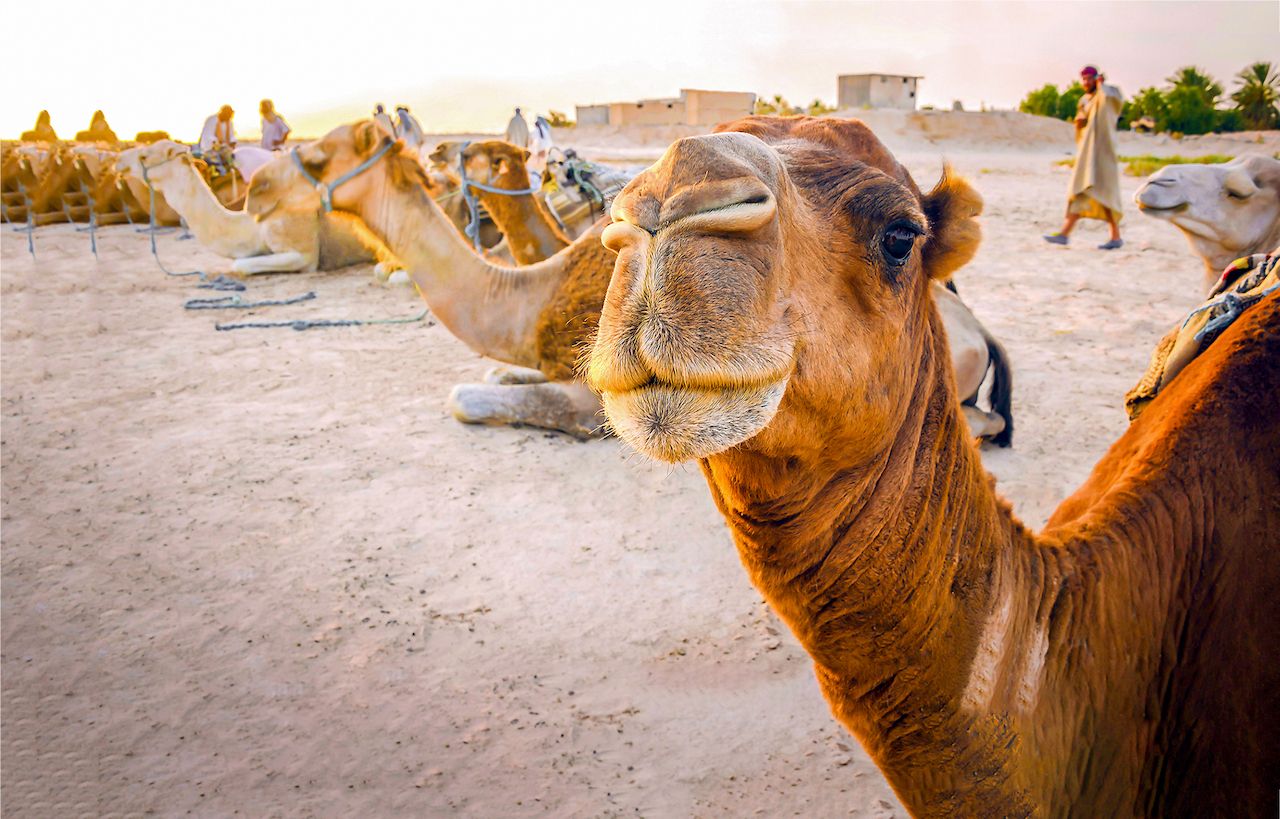 Most people do not realize that camels are very emotional animals with distinct personalities. This means that if something is not to their liking, they’ll let people know. Due to the sheer size and power of a camel, without their cooperation, they are impossible to ride. Therefore, training a camel must be done with gentle hands. Should the handler seriously mistreat the animal, chances are the camel will refuse to be trained.

As the camels will need to be open to mounting, trainers are basically forced to handle them humanely, so the camel responds positively. It takes at least some level of experience to train a camel correctly, and most reputable tour operators have staff that can do this in a humane way. When booking a tour, do research online beforehand to see if you can find out how the camels are trained. And when in doubt: ask. Any guide that trains its camels properly should have no problem answering your questions.

Longer excursions are typically better for the camel than shorter jaunts. 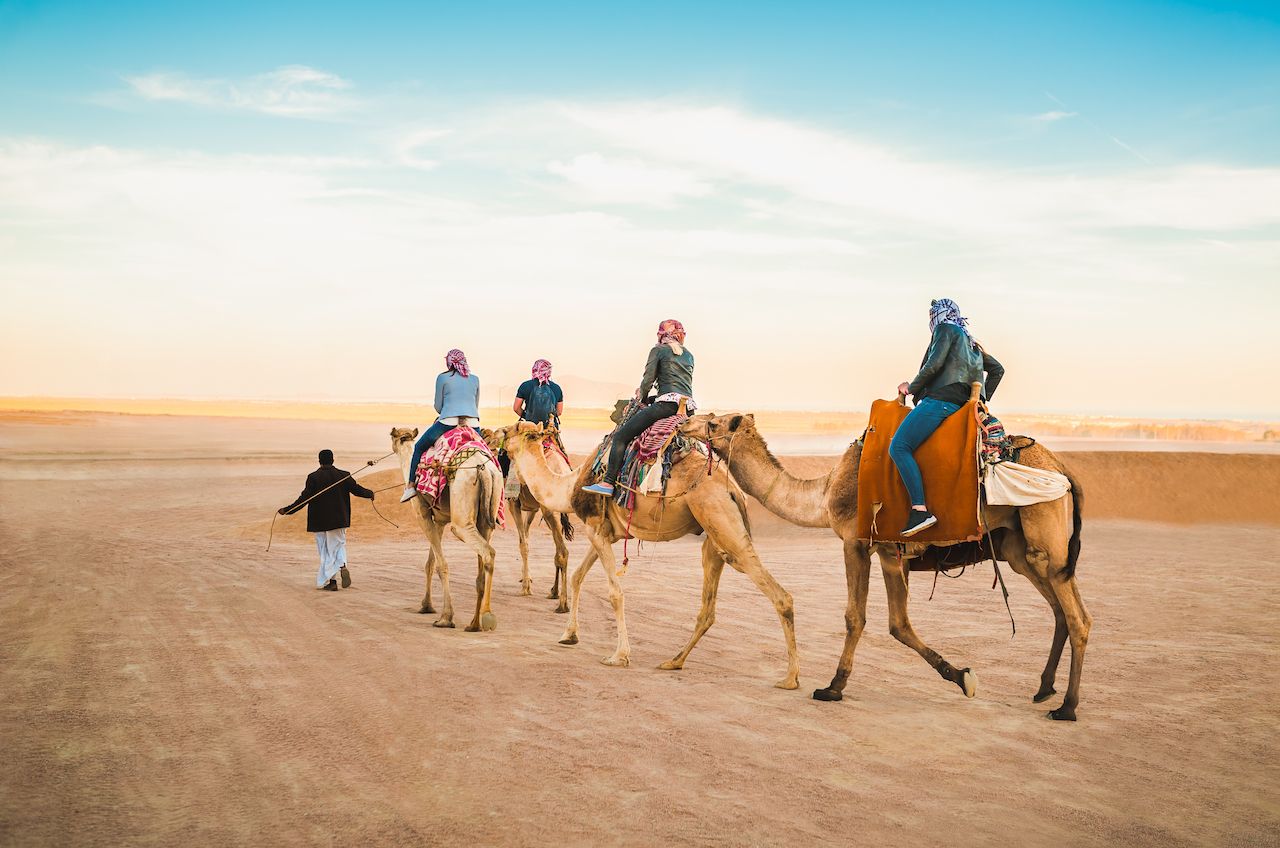 Depending on where you are in the world, there is no shortage of options when it comes to choosing your camel-riding experience. In countries such as Morocco and India, longer treks or camel safaris are common. These excursions lead trekkers in intervals throughout the day, and the group spends the night sleeping in the desert before returning early the following morning. So you’re out for one day and one night with the same camel and group the entire time. A day-trip version is also available in these places, as well as Middle Eastern countries such as the United Arab Emirates and Jordan. Quite similar in nature, you get to spend a considerable amount of time with your camel, only on these trips you return to your starting point before dark.

On the face of it, these treks could be perceived as strenuous for the animal. In my experience, though, it’s quite the opposite. I was surprised by how well the camels were treated and how much attention went into their well-being. And the ground was, for the most part, easy for them to walk on and not too steep at any point. Groups take prolonged breaks on multiple occasions throughout the journey, generally tied in with hydrating the camel, even though guides are quick to ensure guests that the camels can last great lengths without water. There are generally only two camels per handler, whose job it is to be concerned with the camels’ well-being at all times — after all, their livelihood depends on the camels being healthy and able to work. At night, camels are allowed to roam free and sleep where they please. I didn’t feel like the camels were mistreated at any point of the safari.

The wrong kind of camel riding 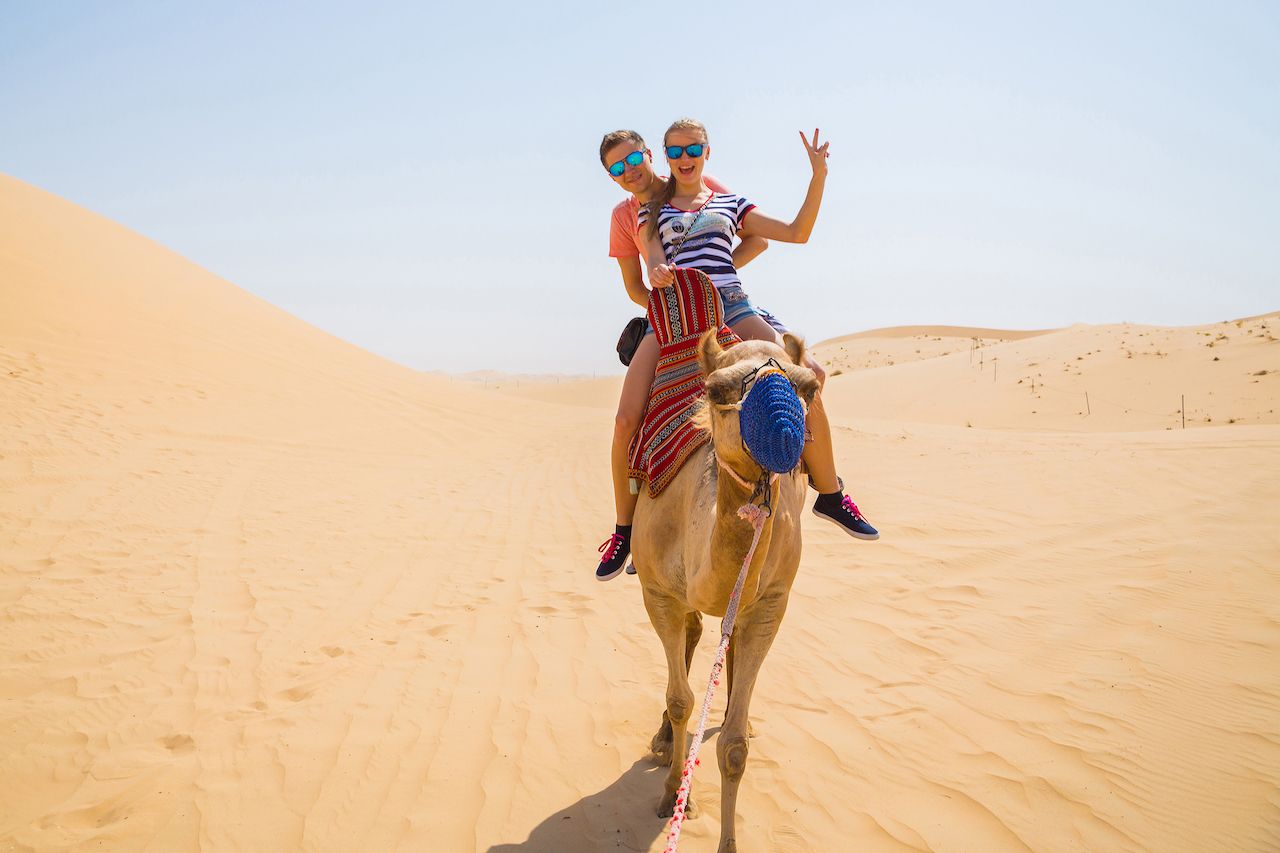 And then there are the quick-hit short rides that offer little more than a quick hit of money for an operator. These camel rides are especially popular at world-renowned attractions such as Petra and the Great Pyramids of Egypt and often involve one or two hours of continuous riding around the site. It is not often tourists get the opportunity to see a camel, let alone ride one, and this makes these quick excursions wildly popular. The thing is that being on the back of an animal doesn’t make a new pyramid magically appear out of the desert — you’re essentially riding a camel for the sake of it as you don’t tend to see anything different than if you were walking.

You will inevitably be offered the chance to ride a camel at popular tourist sites around the world. However, what will be a one- or two-hour ride for you is likely a very different experience for the camel. The constant criticism aimed at these operators is that their camels are forced to work almost constantly throughout the day. Once tourists are willing to pay, the camels are put to work. Although there is no concrete evidence to suggest that this is damaging to the camel, it is clearly evident that the animals don’t always get looked after in the way that they should. Of course, money plays a big factor in this. With so many operators vying for business, they will never turn down a customer — even after a long day in the heat. Unfortunately, this too often means that the camels do not get the rest they require.

So… is camel riding unethical? 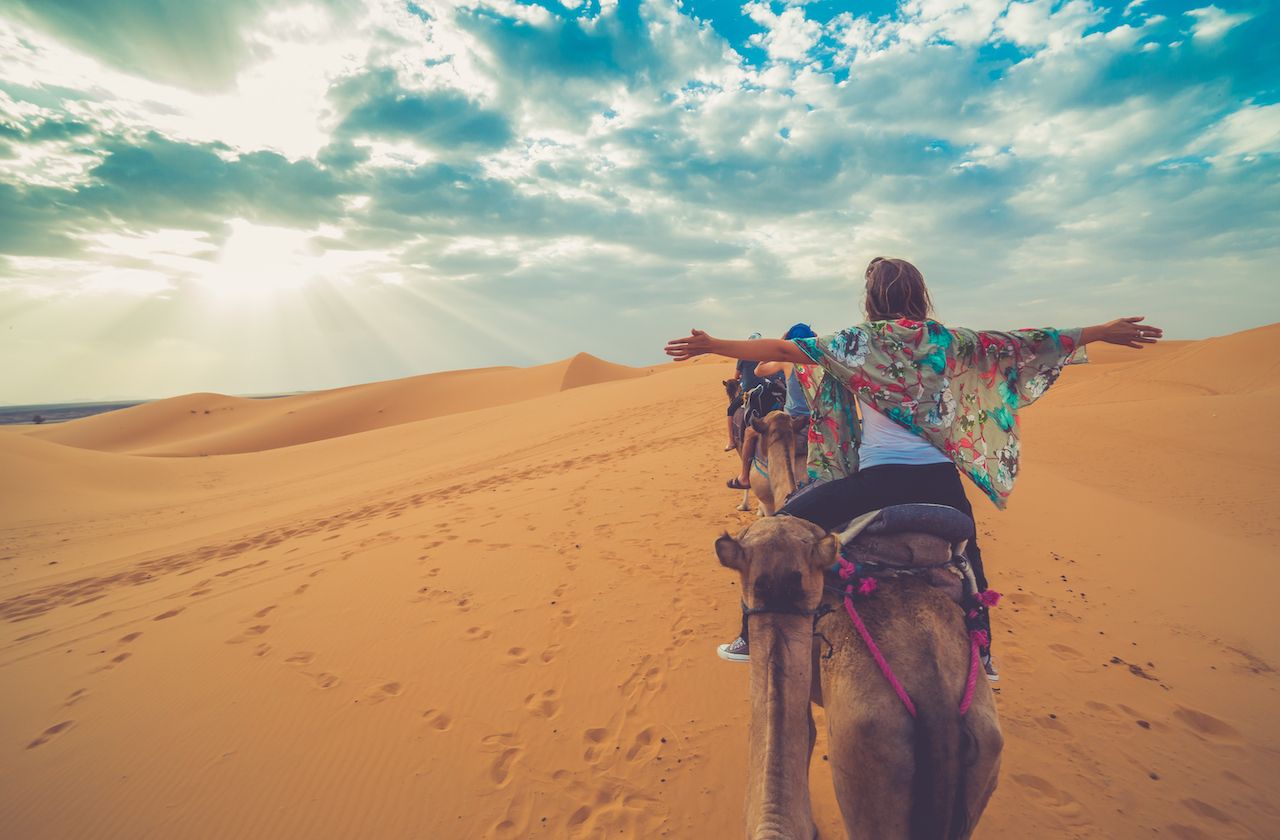 There are so many grey areas when it comes to camel riding. On one hand, the animal rights organization PETA has taken its usual hardline stance in claiming that all forms of camel riding are considered abusive. Yet a similar charity, Born Free, has stated that there is no evidence suggesting that camel riding is harmful to the animal — though as we’ve discussed, they note that it depends on how the individual operation is run and the conditions of the animals within each organization. As is the case in nearly all revenue-based instances where animals are involved, there are people who seriously mistreat the animals. At the same time, though, most know that the camel is precious to their livelihood and see the benefit of treating the camel with the care that it needs. As noted above, read reviews and research the operators before you sign up.

Camel riding does limit the animal’s freedom as it involves a lot of work that perhaps they would rather not do. When a camel is being ridden by tourists, its sole purpose during that time is to bring pleasure to the paying customer. It might not damage the camel, but there is the possibility that it feels a slight discomfort. But standing against camel riding will never solve the issue completely because even if every tourist did, camels are too valuable to their communities and will be used as a way to either fund or assist the living situations of the locals there.

However, those that offer camel riding rely on tourists to make money. This gives the tourist so much power to dictate the conditions of the animal. Should you feel the animal is not getting enough rest or is treated badly, let the handlers know. Unhappy tourists for them means less money. Personally, I would say that camel riding is as ethical, if not more so, than any other wildlife experience if you go with the right tour operator and avoid hawkers directly in front of major tourist attractions. But if you do spot any red flags during your experience, you have the power to insist on change.

Consider the outcry in recent years over elephant riding in Thailand. Since the realization of just how bad riding an elephant is for the animal, tourists have begun to seek different opportunities to see them up close. Many have shunned elephant riding in favor of more ethical elephant sanctuaries. The tour operators will supply what the tourists demand. If they don’t stand for unethical practices, then change is only inevitable.

How to guarantee your experience is not harming the camel 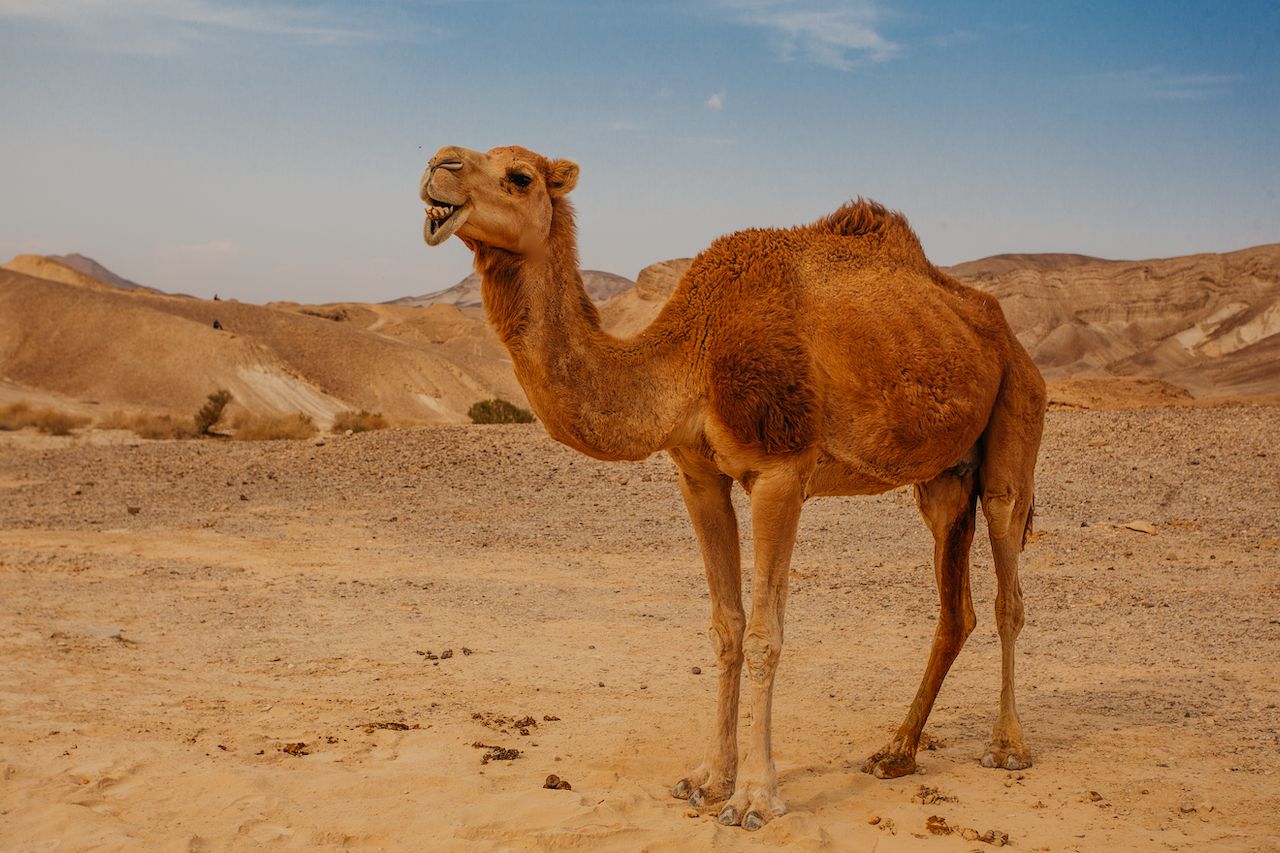 Archaeology9 Pro Tips for Visiting Petra Without Looking Like a Total Tourist
Tagged
Culture Sustainability Wildlife
What did you think of this story?
Meh
Good
Awesome