For airlines, it’s hard to stand out from the crowd. Most airplanes are painted white (for good reason) with a relatively simple differentiator such as an airline logo or a simple color addition. But airplane liveries, if executed well, can make an airline stand out in a significant way. For example, Condor’s new paint job on its fleet of airplanes is a joyful and unique one that we bet you have never seen anywhere else before: colorful, vertical stripes. 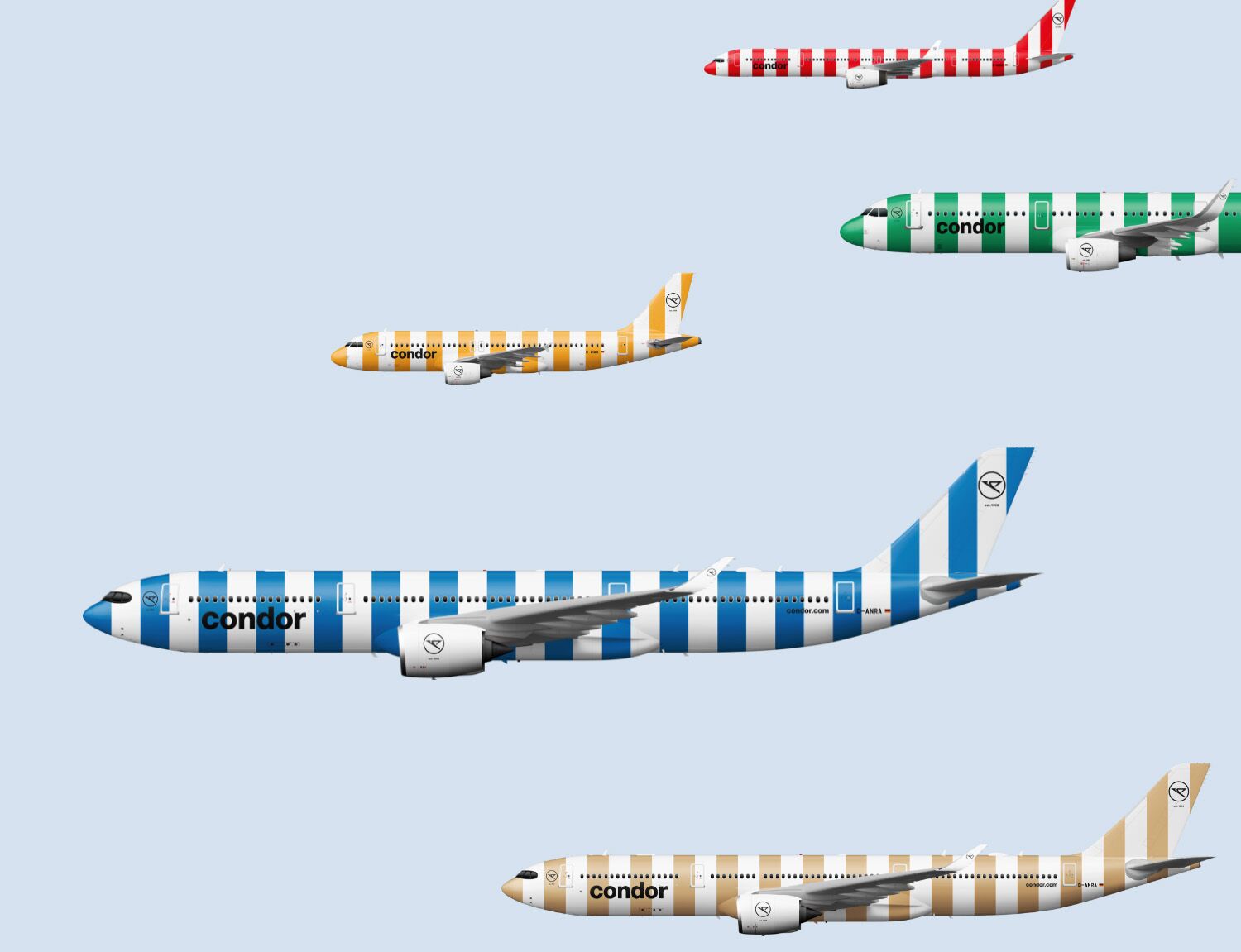 German leisure airline Condor announced today in a press release that its aircrafts will undergo a massive makeover. Condor’s fleet — which used to be plain and ordinary with its mostly-white fuselage, two shades of gray, and timid orange touches — will soon be transformed thanks to one of the most exceptional paint jobs the world of aviation has seen in recent years. 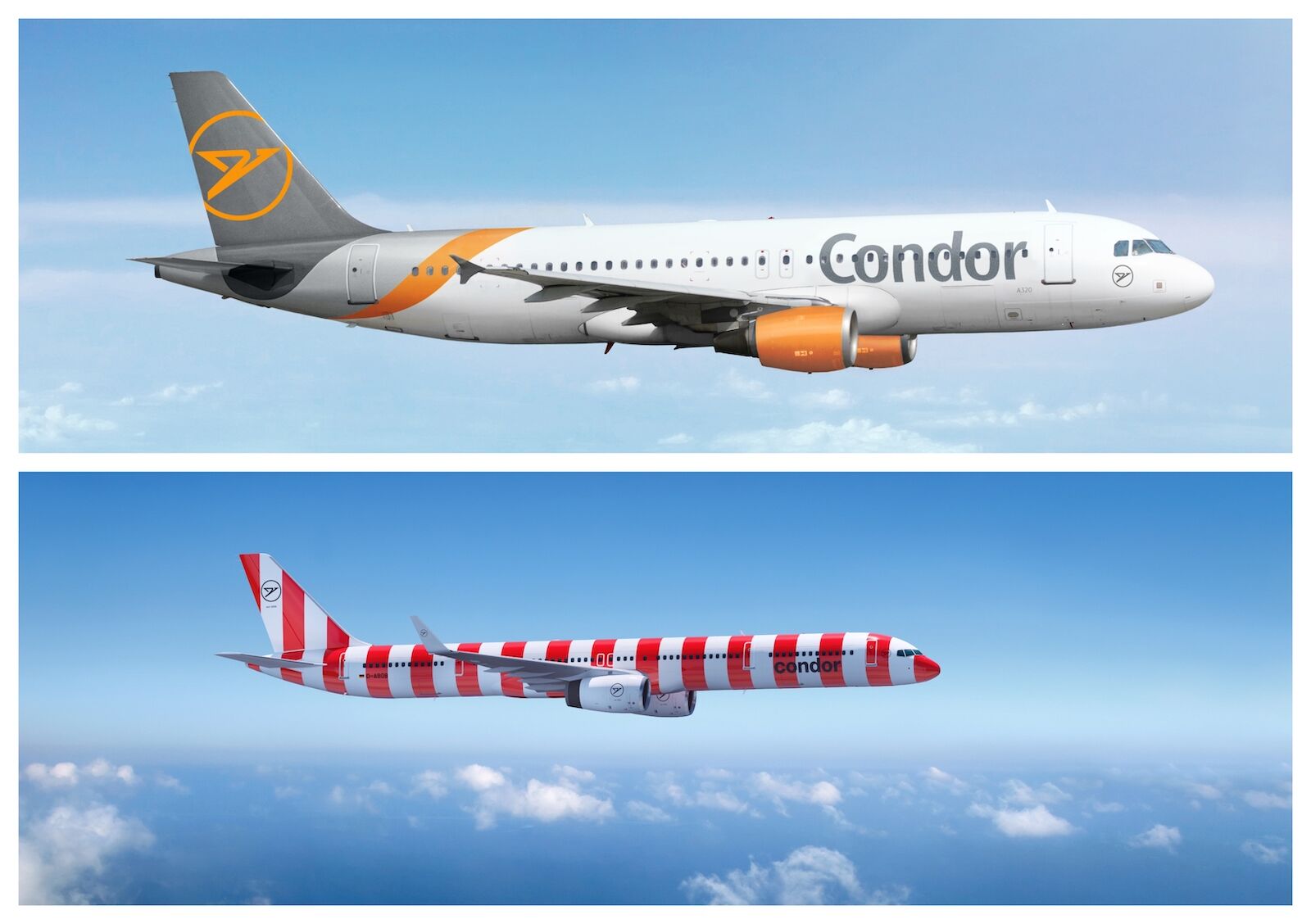 Condor’s new paint job for its fleet consists of vertical stripes in five different colors: yellow, red, blue, green, and beige. Being a leisure airline, Condor wanted to be identified first and foremost with vacations, and the new paint job does just that: The stripes recall the parasols, towels, and beach chairs families take to the shore for a moment of relaxation.

Each colored strippy design has been given a name in line with a theme for different types of vacations:

The press release explains that about 80 percent of the fleet will feature Condor’s new paint job by 2024. Only six aircrafts bearing the new livery will fly this summer. Condor is choosing to give its aircrafts the new livery only when their old paint jobs are in need of replacement, in an attempt to be as sustainable as possible in its transformation. 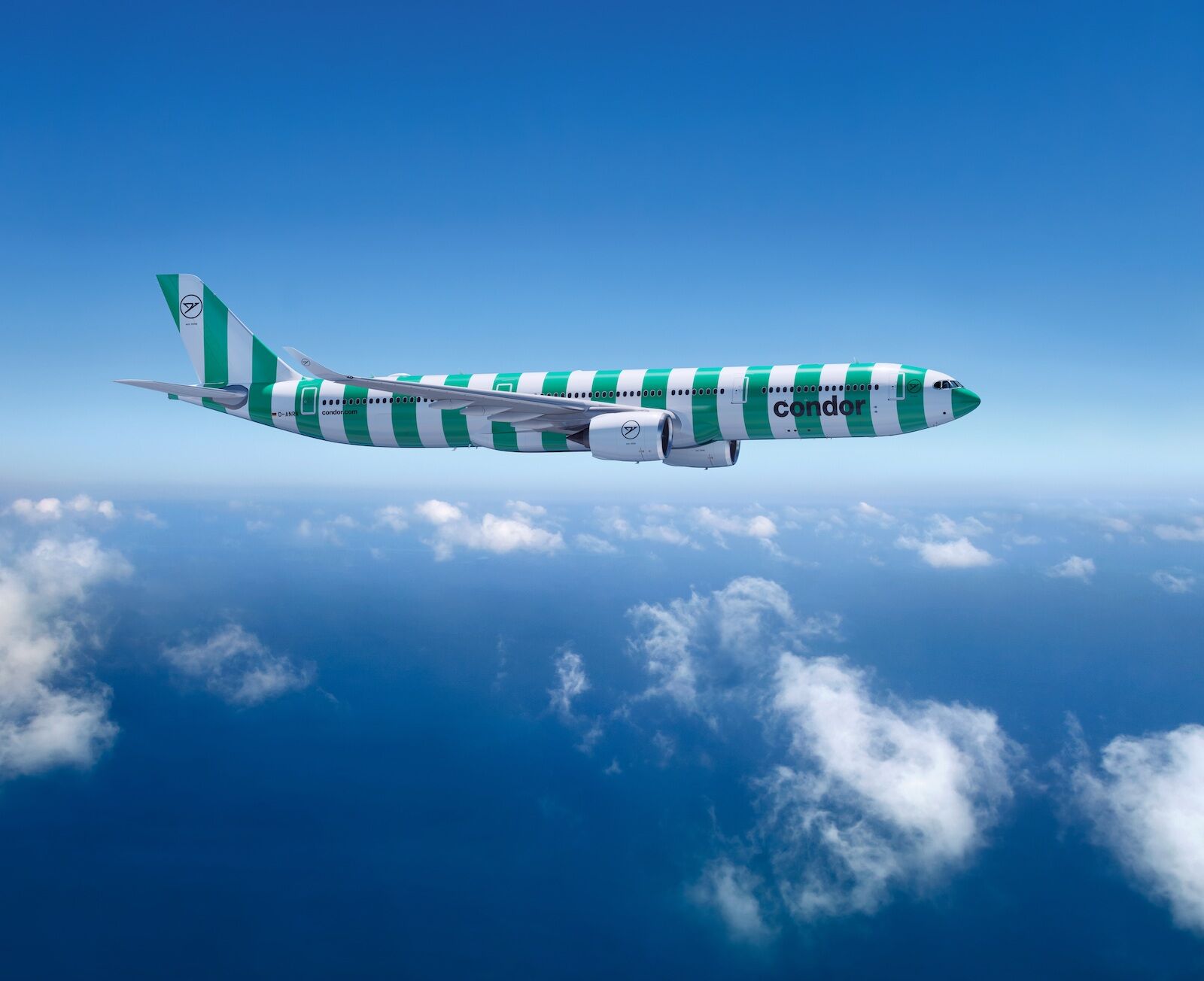 In the meantime, the ground and air crews will get new uniforms and accessories that match this striking and beautiful new look, and the Condor brand as a whole (from the website to the on-board blankets) will adopt the cheery stripes in the coming weeks.

Airports + FlyingHow Airplanes Get Their Paint Jobs, According To a Livery Designer
Tagged
Airports + Flying Art + Architecture News
What did you think of this story?
Meh
Good
Awesome