Judging from the showmanship and drama of shows like Chopped and Beat Bobby Flay, most viewers could be forgiven for assuming that being a food competition judge is all about sampling delicious meals. London-based food writer May Chong knows better.

Chong, who has judged the International Chocolate Awards and the Peruvian Young Chef of the Year competition among others, recalls eating “cold runny polenta in between tastings to reset our taste buds,” tasting food that had gone rancid, and even getting sick of the taste of chocolate.

In real life, away from the television cameras and celebrity chefs, cooking competition judges strike a delicate balance between their love of food and their professional judgment. According to Chong, most judges in this arena have some level of expertise in cooking techniques, ingredients, and presentation, but it’s not always necessary to have a discerning, experienced palate. The most important prerequisite is that you enjoy eating and can appreciate an elaborate, well-constructed meal.

“Judges tend to be people who think of themselves as a foodie, someone who will go to a particular restaurant because they’ve heard it has a great cheesecake or has a great signature dish or it has a decorated chef,” says Mike McCloud, CEO — or chairman, as he likes to call himself — of the World Food Championships, which recruits hundreds of judges to assess its professional food competitions. “And they typically have some kind of background in the food scene, whether it’s just being a big food fest goer, or some kind of social media food influencer.”

The World Food Championships holds nationwide qualifiers followed by the “ultimate food fight” — 500 teams competing in 10 categories including bacon, barbecue, chili, and sandwich. The WFC ultimately culminates in The Final Table: The 10 winning chefs from each category face off in a series of challenges to find out who is the best cook of them all. You don’t have to be a professional chef to judge a WFC competition, but you do have to be certified.

In a three-hour certification course, McCloud says that prospective judges learn about the, “three critical pillars of judging that we believe can apply to any dish anywhere, anytime, in any format”: execution, appearance, and taste of the dish. The class will also teach them how to assess “different textures, the different flavors, and [we] talk about what was great about that burger, for instance, and perhaps what might have been done better or what could have been an execution problem.” But making sure judges know how to properly evaluate each dish is just one step in the process — and in fact, it’s not even the most important step.

“The most arduous thing is really battling your own bias,” McCloud says. “The thing that we have to really train in our classes is how to reverse your memory and get to a level playing field. I don’t want to judge that sitting there thinking, ‘Well, my father makes a better burger than this. So I’m going to score this burger poorly.’ Or, ‘I just don’t like blue cheese on a burger.’ You have to judge it on its own merit. You don’t compare it to other dishes. You don’t compare it to the dishes in your memory.” 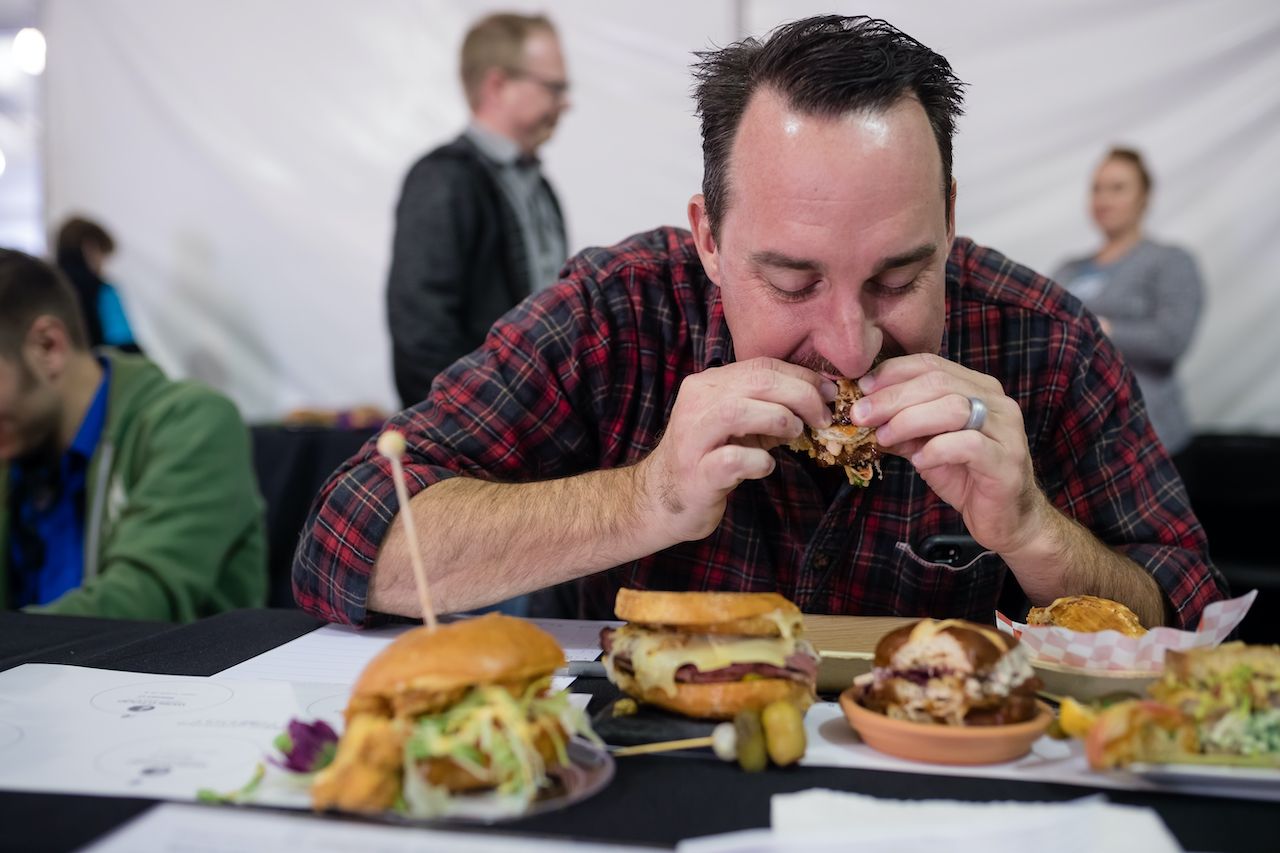 The training the WFC offers imparts some expertise to otherwise uninitiated judges, but that’s not how most cooking competitions operate. Chong thinks one misconception audiences might have is that judges are always well-rounded experts in food and cooking. Usually, she says, judges only have in-depth knowledge in one aspect of the food industry (whether that’s food writing, professional cooking, home cooking, or expertise in one specific type of cuisine). And that can actually be a problem.

“Some people who judge like to think that they are god’s gift to the culinary world,” Chong says. “They comment and condemn when they don’t know or understand a cuisine.”

For the chefs being judged, the stakes are too high for judges to get careless: At the WFC, 25 percent of competitors were homecooks. The rest are professionals who either already work at or own a restaurant, or have at some point in their careers, as well as traveling teams who participate in cooking competitions as their main source of income. Winners in each of the 10 categories can take home $10,000. The winner of The Final Table competition takes home $100,000.

For chefs who are just getting started on the competition circuit, aspire to open their own restaurant someday, or are hoping to be hired by a well-regarded restaurant, a win could be life-changing.

“Especially for the young chefs, your decision can have a massive impact on their career,” adds Chong.

To outsiders, judging a food competition might seem like an opportunity to eat some yummy food, snap a picture of an elaborate dish for Instagram, show off your refined tastes, and impressive the audience and your fellow judges as a true food connoisseur, but the reputation and even the livelihood of the competing chefs hangs in the balance. That’s a big responsibility.

“These are people cooking under bizarro circumstances, oftentimes for charity,” says Layla Schlack, a Connecticut-based magazine editor who judged several local cooking competitions in 2014 and 2015. ”It seems like it would be really cool and fun to give witty, cutting criticism, but it’s just kind of cruel in the moment.” 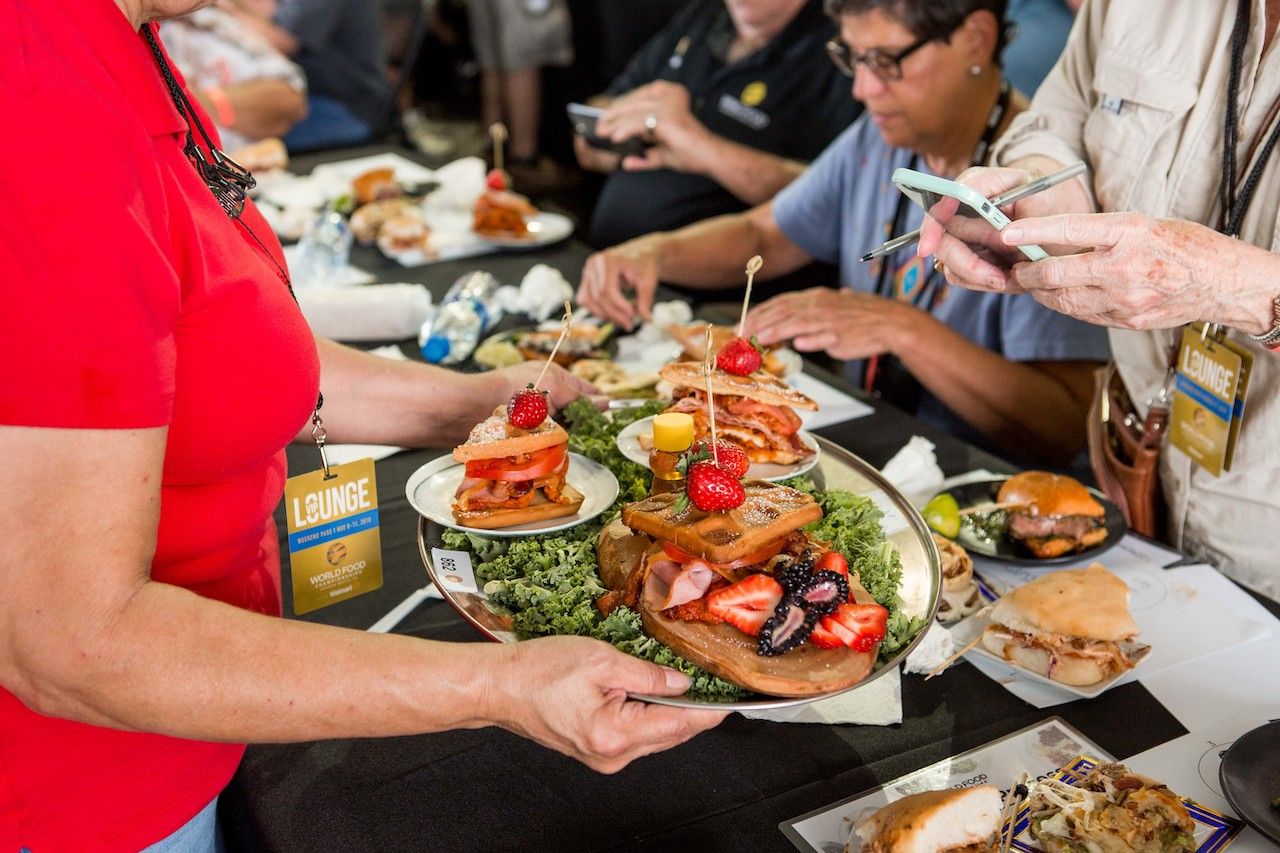 Despite the rigorous training and investment the WFC insists upon, food competitions can have moments of levity, too. Food festivals provide the opportunity for chefs to elevate a local delicacy to gourmet status in a low pressure environment that lets them boast their cooking skills and experiment with recipes and flavors.

Editor and writer Emily Saladino experienced the lighter side of the cooking competition circuit first hand when she judged a buffalo wings competition in none other than Buffalo, New York.

“Folks in Buffalo are really proud of their namesake food,” Saladino says. “Some people like them saucy, others want them crispy, and they can be mild or super spicy. The festival where I was lucky enough to be a judge didn’t seem to take itself too seriously. Most of the attendees and even the competitors had a sense of humor about zeroing in on something so specific that was definitely going to stain whatever you were wearing.”

If you’re eager to enter the ring as a food competition judge, a big appetite is perhaps among the least important qualities to bring to the table. The best cooking competition judges respect the chefs and adopt an easygoing attitude. If Schlack could offer one piece of advice to prospective judges, it’s one simple truth: “Be kind, have fun with it, don’t take it too seriously.”

Food + Drink7 Expert ‘Sommelier’ Jobs for Things Like Coffee, Cannabis, and Mustard
Tagged
Food + Drink
What did you think of this story?
Meh
Good
Awesome