There’s something to be said for the fact that I can’t pinpoint a specific moment in which coquito started to appear in my life. The drink was always there, a constant throughout the years. As a kid, I would open my refrigerator around the holiday season and see various containers like mason jars, water bottles, and milk jugs, full of coquito. I was always curious about it, wondering what it tasted like and why it suddenly appeared around a specific time, but I was never allowed to have a cup of my own until I was a teenager.

Not being allowed to drink coquito during my childhood only furthered my curiosity about the beverage. I wanted to know why my family was so head over heels for it, why the first thing they did upon arriving to any household during the holidays was grab a cup of the stuff. One year on Christmas Eve, while the adults were all trading family gossip in the living room, I slipped into the kitchen and found a cup with a little coquito remaining — just enough for a sip or two. I tried a single sip to be safe, a little worried about getting in trouble, and the sweetness that exploded in my mouth was unlike anything I’d ever had before. At first, I thought the taste was great but then my throat suddenly burned, and I scrunched my nose in distaste — the alcohol had hit.

The flavor of coquito relies on how much of each ingredient is used, which varies not just from country to country but household to household. It has a few consistent characteristics, however: coquito is white in color and typically tastes very sweet. The texture, on the other hand, can vary. It can either be thick and creamy or slightly watery, depending on how much evaporated and condensed milk you use. A generous pour of rum is usually always incorporated, lending coquito a strong boozy flavor. It’s served cold, either taken like a shot or served in a cup like a mixed drink.

My family’s coquito is thick and heavy on the cinnamon. We add plenty of rum, but it’s so well hidden that you don’t notice how much you’ve had until it hits you.

Coquito recipes are sacred, guarded more heavily than England’s crown jewels, and only to be shared among family or trusted friends. As my family told me, and as I saw my friends’ families tell them, it’s never to be written down on a physical paper, something that can be easily accessed by any random person. Instead, it’s passed down from generation to generation by word of mouth or by watching it being made when the next person to learn it is deemed “ready.” Even I only just learned the recipe at 24 years old.

Where is coquito from? 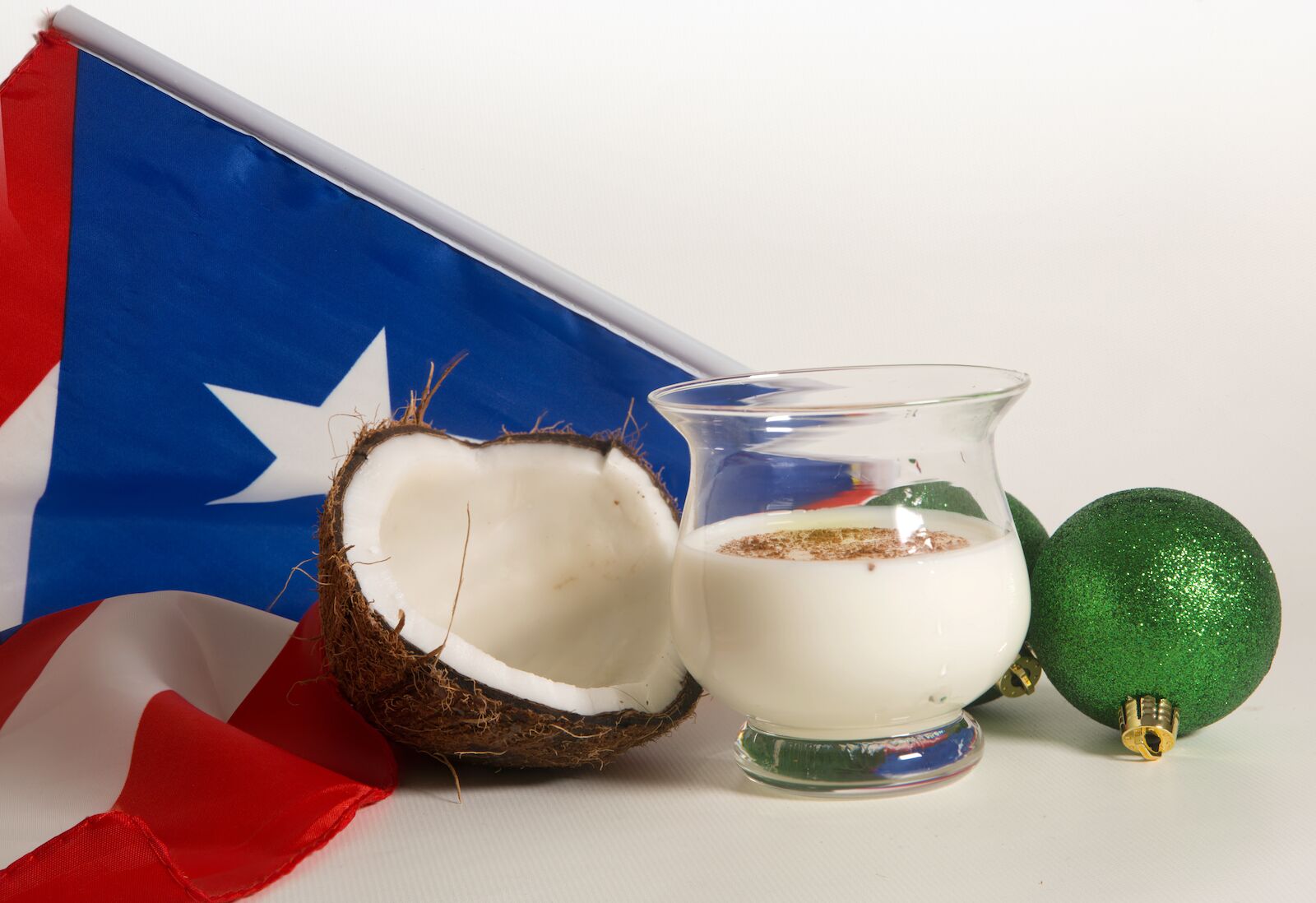 While its exact origins are shrouded in mystery, the origins of coquito — which means “little coconut” — can be traced back to Puerto Rico. It has since spread to other countries, particularly throughout Latin America and the Caribbean, including my family’s home country of Nicaragua.

Can you freeze coquito?

You can freeze coquito if, for instance, for make a big batch and you want it to last longer. However, be aware that because coquito contains alcohol (rum in this case) it won’t freeze solid. When it comes time to serve the coquito that you’ve prepared ahead of time, just pour into a blender to achieve its thick and creamy consistency.

How long does coquito last?

Coquito lasts about a month — even a little longer. Once you’ve starting drinking it, it should be refrigerated in an airtight container. However, because this drink contains eggs, the ingredients may settle or separate in the refrigerator, so give it a mix before you serve it. 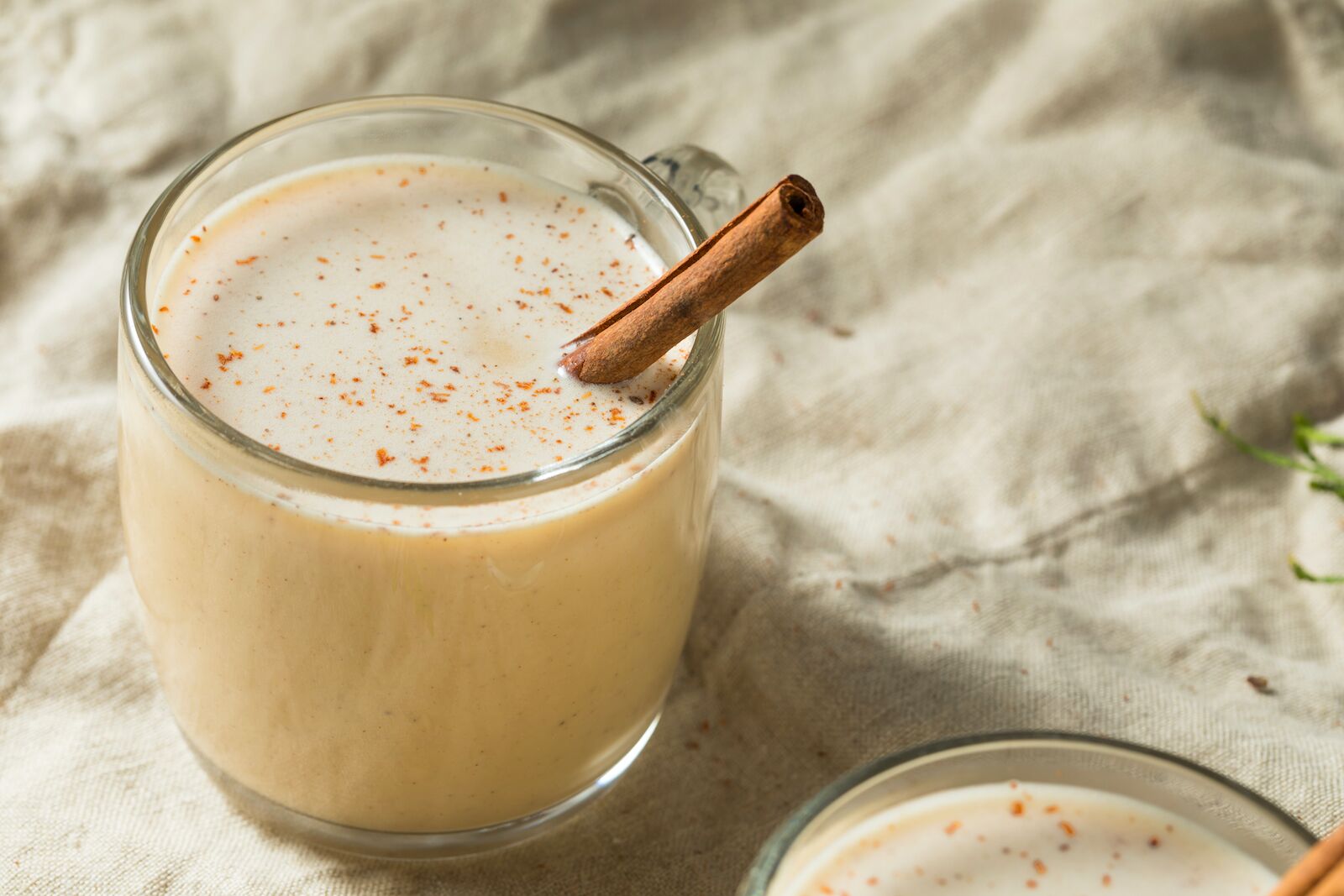 Each country has put its own spin on the original recipe. In the Caribbean, coquito gets the majority of its coconut flavor from fresh coconut juice. In Spain, the drink is typically accompanied by turrón, a sweet candy made with honey, egg whites, and nuts that’s served around Christmastime. And in Cuba, coconut ice cream is served alongside coquito.

One major similarity between coquito across cultures is that it typically only appears around the holiday season. Coconuts grow in abundance in Latin America and the Caribbean, and rum is a key staple liquor. From a Western, Euro-centric perspective, coconut and rum are telltale signs of a summery drink. However, in the year-round tropical climate of Latin America and the Caribbean, hot alcoholic beverages with ingredients like apples and whiskey concocted to throw off winter’s chill are not popular during holidays. Christmas in a tropical climate tastes like a day at the beach, with a touch of seasonal spice.

People stock up on ingredients for coquito year-round, but the earliest it usually shows up in fridges around the world is from the middle of November, around Thanksgiving, to early January, just after Christmas. In a Latin household, not having the drink at Thanksgiving time would prompt some shade from loved ones, but to not have it at Christmas festivities would be downright sinful.

Another constant is that making coquito is a labor of love. More than just honoring tradition, it’s a drink you make because you want to share it with the people you love.

I recently made a batch of coquito that I planned to share with friends. I prepared a batch of coquito at home, packed all the bottles into bags, and hopped on the subway, determined to deliver the homemade drink to friends who live around Manhattan. Even though I shouldered multiple bags of heavy bottles around the city, was unable to sit down on the subway, and had people push and shove past me as I stood by the doors, I didn’t feel bothered by stress. The excitement of sharing coquito with others gave me energy.

I served my friends coquito not because I wanted praise over its taste but because I wanted to share a part of myself — a part of my culture — with the people I care about. Coquito is something so utterly simple in concept, but once executed, it bridges the gap between people of different cultures and strengthens their connections.

The notion of coquito being a labor of love also applies to the process of learning how to make it. Many people have fond memories of making it with a relative and how doing so reinforced a special connection.

Christopher Tirado, of Mama Hilda’s Coquito, created his own brand of coquito as an ode to his grandmother, Mama Hilda. Mama in Spanish translates to “mom,” but in Latin cultures, the term of endearment is frequently used for grandmothers. He first learned to make the drink with his grandmother when he was a kid, as he was always in the kitchen cooking with her.

“I remember she would always let me try it, before she added the alcohol to it, until I got older and then she would let me try the alcoholic version. It’s such a fond memory that I hold on to,” he recalls. 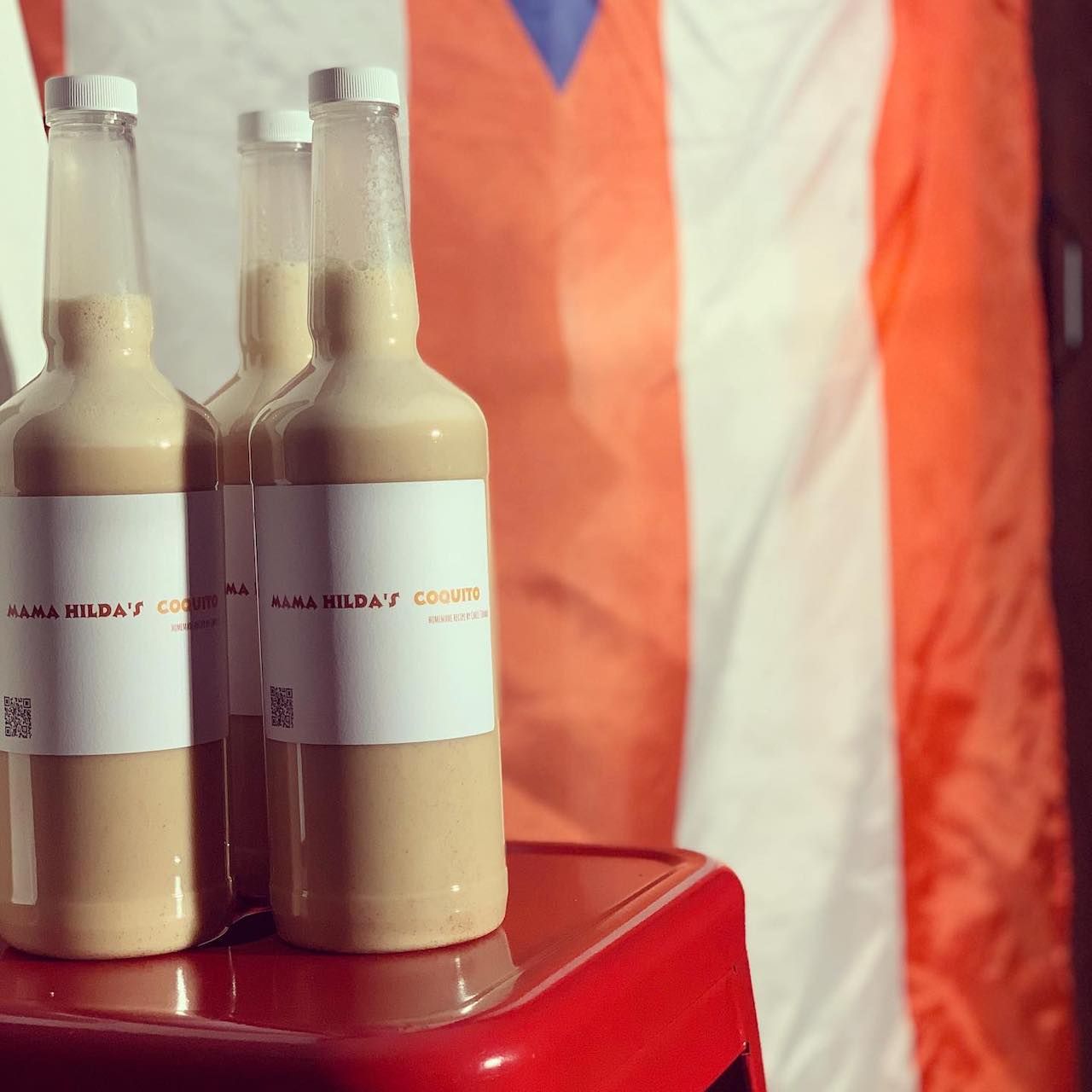 While fortunately still in their lives, Tirado’s grandmother can no longer spend time in the kitchen, so Tirado himself has taken up the coquito mantle and plans to one day pass it along to his daughter.

“My time with [my grandmother] has definitely inspired my desire to cook and to continue her legacy in our family. Out of five grandchildren, I am the only one with her coquito recipe — which means the world to me,” he says. “I like to play music as I make it, because even to this day, anytime you walk into my grandmother’s house, you immediately hear music playing. It creates that same sentiment for me.”

Every culture is different, especially from one Latin American country to the next, but these sentiments of family, love, and culture, are something we can all relate to. And of course, if there’s one thing people will come together around, it’s a good holiday drink.