In the pre-dawn glow of Rwanda’s Volcanoes National Park, the anticipatory exhilaration in my trekking group was palpable. We were on the verge of ascending the dense, nettle-filled jungle from 10,000 feet until reaching the Isimbi family, made up of some 20 individual mountain gorillas headed by the silverback known as Muturengere. If the obvious reverence of the local guides and soldiers accompanying us wasn’t contagious enough, we would soon discover for ourselves the elation of stepping foot among great apes.

However, admiration is not the only contagious aspect of close encounters with gorillas. We humans can easily get them sick.

While no cases of COVID-19 have yet been detected in mountain gorilla populations, this is more likely due to successful risk mitigation, rather than a lack of physiological possibility. Rwanda in particular demonstrated leadership in maintaining conservation efforts in an uncertain economy, including keeping disease away from the animals.

“Gorillas continue to be monitored by trackers, researchers and vet teams during the absence of tourists,” says Prosper Uwingeli, Chief Park Warden at Volcanoes National Park.

This was made possible by the Rwandan government allocating funding to ensure that their national parks would remain looked after, continuing to pay rangers to keep the wildlife protected from poaching and the land protected from illegal mining. Additionally, rangers elected to live away from their families for weeks at a time in order to prevent bringing COVID-19 near wildlife.

But now that Rwanda and Uganda have reopened for tourism, the question about our direct impact on the health of these endangered creatures resurfaces. With an estimated 1,000 mountain gorillas in existence, the life of each one is invaluable to the overall ecosystem. 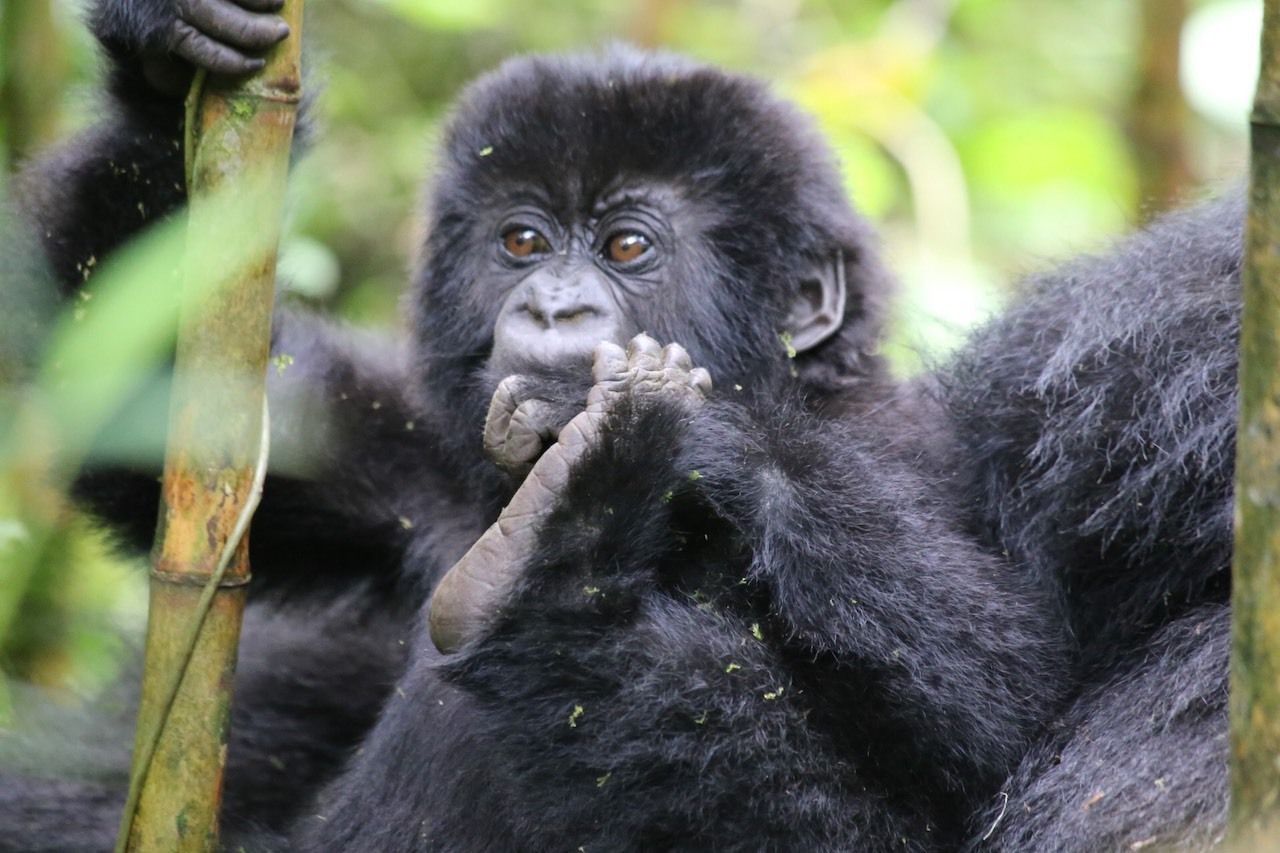 “COVID has not been an issue, but that’s not a reason to be complacent,” cautions Praveen Moman, a pioneer of great ape tourism in East Africa, and founder of Volcanoes Safaris.

In fact, the transmissibility of respiratory illnesses from humans to great apes is well documented. “Acute and fatal respiratory illnesses known to have come from humans have occurred in habituated groups of wild chimpanzees,” explains Arend de Haas, Conservation Director at the African Conservation Foundation, in an article for The Conversation.

Even acclaimed American primatologist Dian Fossey, who famously lived among Rwanda’s gorillas, had hesitations about allowing humans into gorilla habitats due to the potential for disease transmission.

Now with a pervasive and often undetectable respiratory disease ravaging the planet, Fossey’s trepidation finds solid footing. However, complicating the matter is the reliance of the local community on the significant funds brought in by the gorilla trekking experience, perhaps one of the loftiest travel bucket-list goals around. Wildlife conservation across the globe, including these same gorillas, is deeply reliant on tourism as well, adding another layer of nuance to the decision-making behind allowing tourists back in.

But with enhanced safety protocols from the top of the government down to the individual trekking experience, and everything in between, there is confidence that the health of mountain gorillas will not be affected by resuming treks.

“When the pandemic first appeared in Rwanda in March, new protocols for gorilla encounters began immediately,” says park warden Uwingeli. Trekkers have to provide a negative COVID test prior to arrival in Rwanda and then take another test after landing before heading out to the national parks. Once there, trekkers confirmed to show no visible signs of illness must don surgical masks provided by the guides at all times, and groups now top out at six people instead of eight.

And those six people will be made to keep back from the gorillas. “The distance to view gorillas was increased from seven meters to 10 meters,” Uwingeli adds — though expecting the animals to respect this distance is another matter.

I can personally attest to the curiosity of a toddler-aged gorilla, and the nervous hovering of her mother, so visitors will need to take it upon themselves to maintain that gap, as tempting as it can be to allow a wild animal within close range.

Not going at all might seem like the safest short-term option for gorillas, but may not be an ideal solution in the long run. 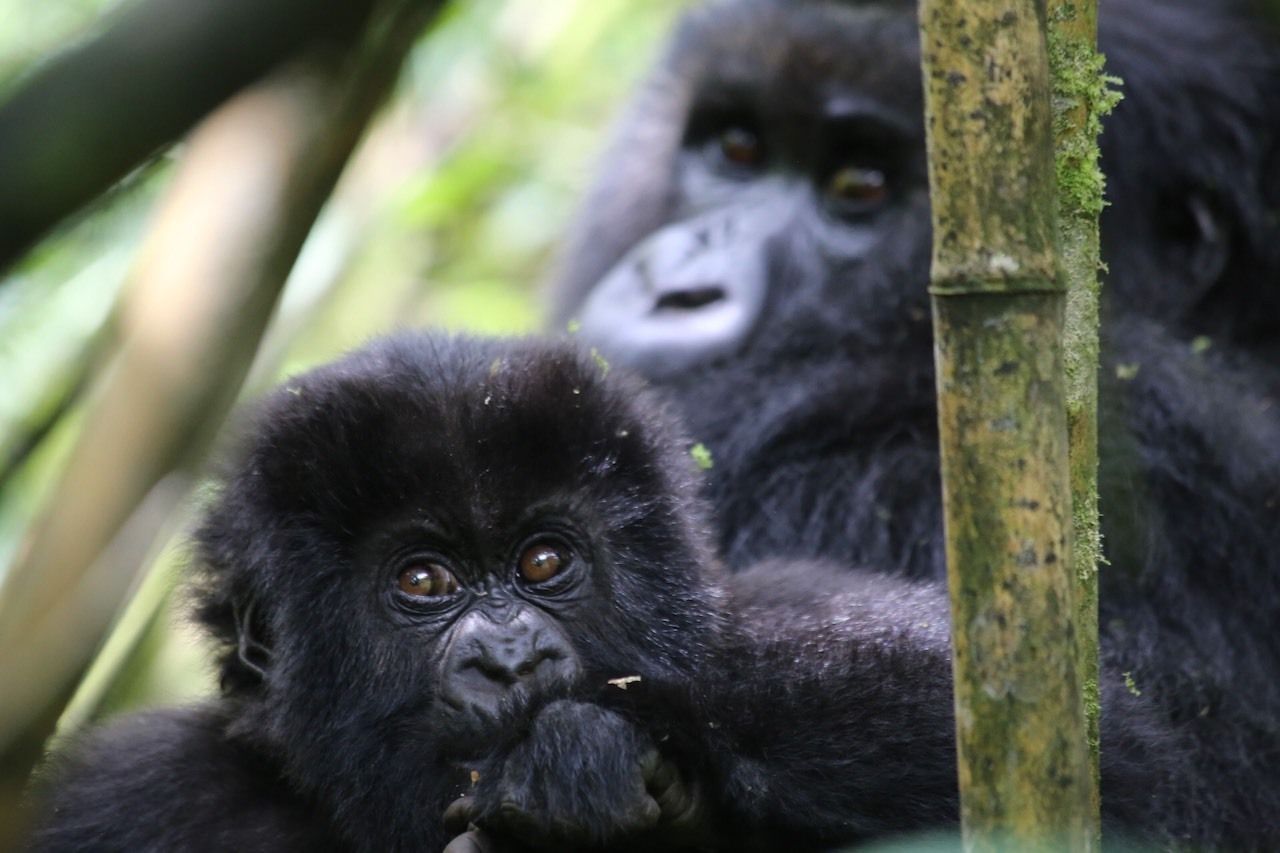 “The money from tourism helps pay for conservation and safeguarding of the national park,” explains Moman of Volcanoes, echoing an idea from his 2018 Ted Talk on a community focus being at the root of gorilla conservation. “It gives the local communities around the park a living. It puts food on their table.”

Another option Moman recommends, for those who can afford it, is booking the entirety of Virunga Lodge — which tops out at only 16-20 guests anyway — and buying out all the permits for a group, each of which costs $1,500.

As the planet begins to reimagine a new normal, gorilla trekking showcases how wildlife tourism can adjust to give animals a safer future while stimulating the communities that depend on them to live. It’s up to each of us to be as responsible as possible when traveling, ensuring the safety of our human and animal cousins alike.

Outdoor9 Epic Experiences To Have in Rwanda That Aren’t Gorilla Trekking
Tagged
COVID-19 Sustainability Wildlife Rwanda
What did you think of this story?
Meh
Good
Awesome