In mid-March, my calendar was color-coded in streaks that screamed “too busy,” and every open weekend said “Camping?!” in hope that the reminder would cause me to wedge it in. Now, every trip, every color is gone, and the only thing that remains is “Camping” — question mark, exclamation point. It’s now slotted for every weekend, since every weekend is an open one.

Cue the mhmms and nods. State parks around the country have reported record visitation. The outdoors are keeping us sane, the saviors of our ruined summer vacations. Whether you were planning to live it up drinking out of coconuts in the Caribbean or slumming it through Europe on a shoestring, whether you camp every weekend or haven’t since you were 12, you are now faced with one mighty prospect: spending your 2020 camping as much as possible.

It sounds kinda great, doesn’t it?

The Great Camping Return of 2020 is poised to be a time when we learn a lot about ourselves, both individually and as a society. New Cheryl Strayeds will hit the trail, kids will come of age in the forests, and maybe — just maybe — the lot of us will start thinking about our individual impact, footprint, germs, and trash. Leave No Trace could become a principle in every American household, the environment and its preservation could rank up there in importance with Netflix, and pro-outdoor legislation could get pushed by the masses with a never-before-seen vigor. Maybe we’ll realize how much we need the natural world. Maybe. At the very least, maybe we’ll all slow down. 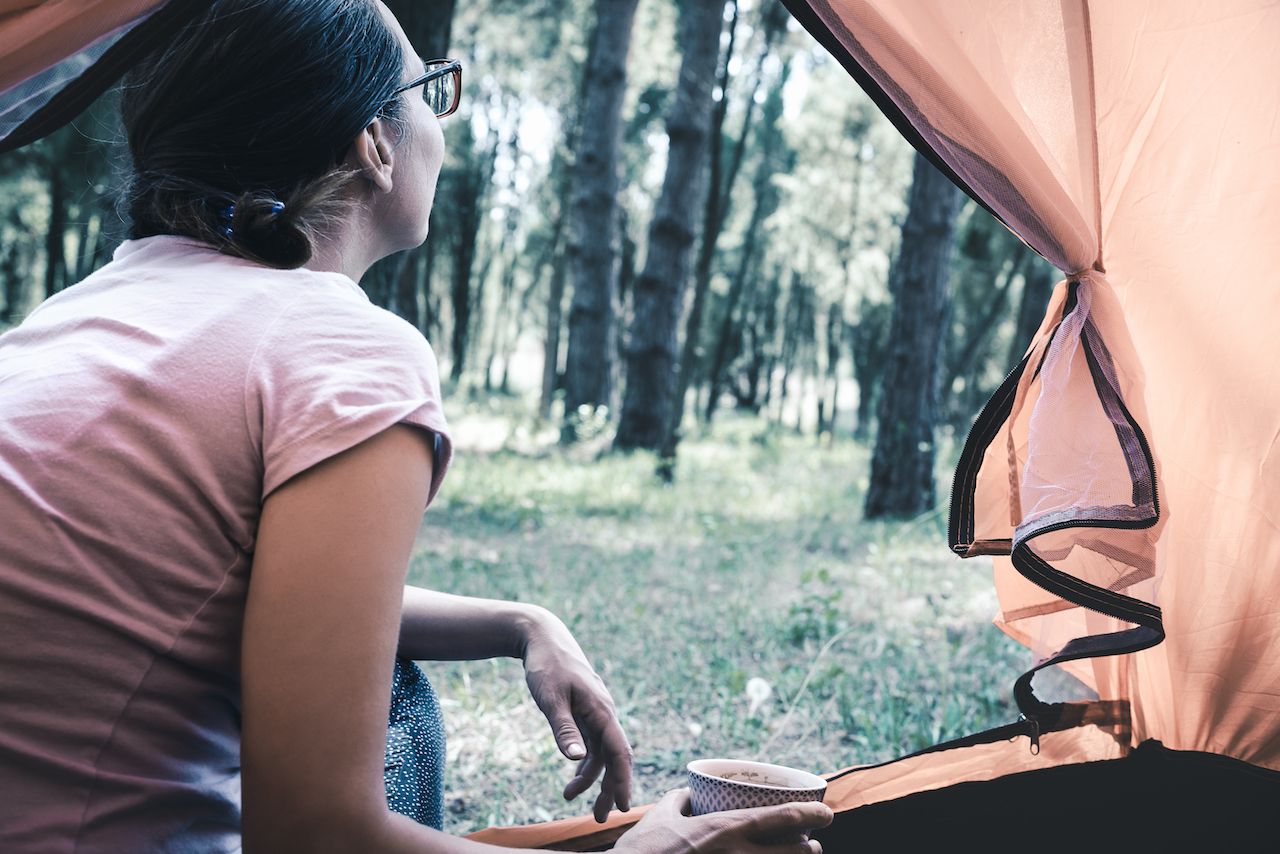 Looking at trees reduces your blood pressure. Not even climbing, owning, or hugging — just looking. And the more you do it, the better off you are. Those who claim to spend 120 minutes or more per week outdoors report feeling healthier. And some studies say that a few days spent outdoors correlates to lower stress levels and lower blood pressure even weeks later. Even apartment buildings with tiny green spaces between them report happier, more sociable tenants than those without the small courtyards. Simply put: We were not built for life indoors.

Whether you’re in a yurt with Martha Stewart sheets, a secondhand hammock between two bur oaks, or not even camping but just walking to work, you’ll still benefit from being outdoors. Studies say 20 minutes outdoors will give you an energy boost as good as a cup of coffee.

Being outdoors also boosts your immune system. Breathing in plant-producing chemicals has been linked to higher white blood cell counts — those bad boys help fight off disease. It gives you a creativity jolt. Backpackers, after being outdoors, absolutely kill creativity tests. You also need vitamin D, and while you can get it in a few foods, the sun is where it’s at.

So don’t judge the glampers, the car campers, the RVers, the hobo backpackers. We’re all doing this for the same reasons. We just want it to manifest in different ways. Just because someone isn’t roughing it like you doesn’t mean they don’t have the same end goal. 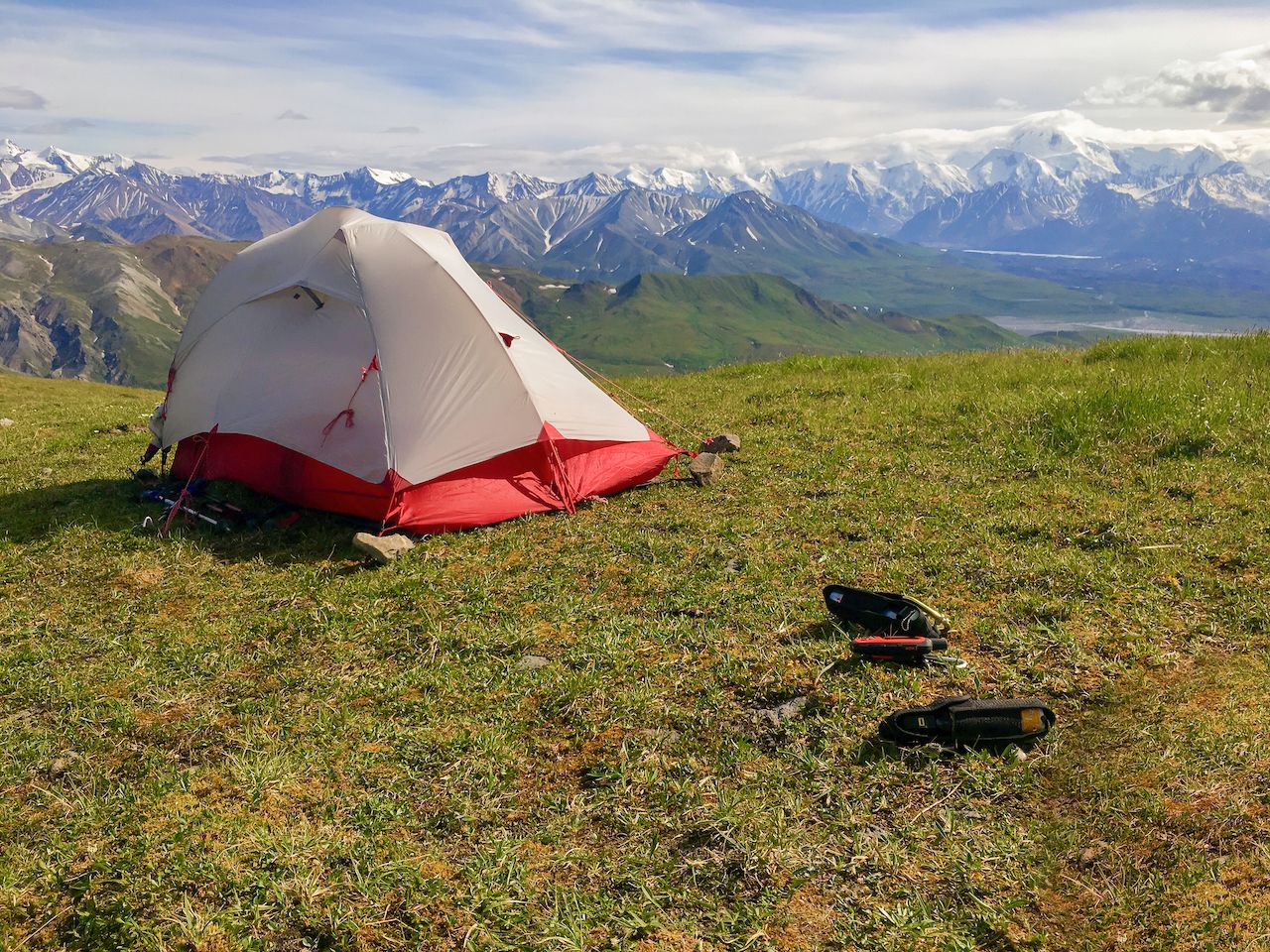 You want to go to Yosemite, to Yellowstone, to your state’s most beautiful park — you and everyone else. With the Great Camping Return of 2020 slotted to absolutely bombard the country’s most sought-after wildernesses, do yourself and these well-loved spots a favor by considering lesser-known areas.

Here’s a few ways to get started brainstorming on how to do just that:

Look at your state map and find places with designations besides “state” or “national park.” National forests (some of which are especially dog-friendly), wilderness areas, wildlife areas, county parks, recreation areas — these are just a few terms to look for. Then research them, as all the info you could need is online.

Look at where you want to go and choose an adjacent swath of public land. Next to Grand Teton National Park is Bridger-Teton National Forest; near the Smokies is the Big South Fork National River and Recreation Area. The arbitrary borders of popular wildernesses are never where the wild actually stops.

Brush up on everywhere you can camp permit-free. There’s an easy way to do that.

It’s more important than ever to be a responsible camper 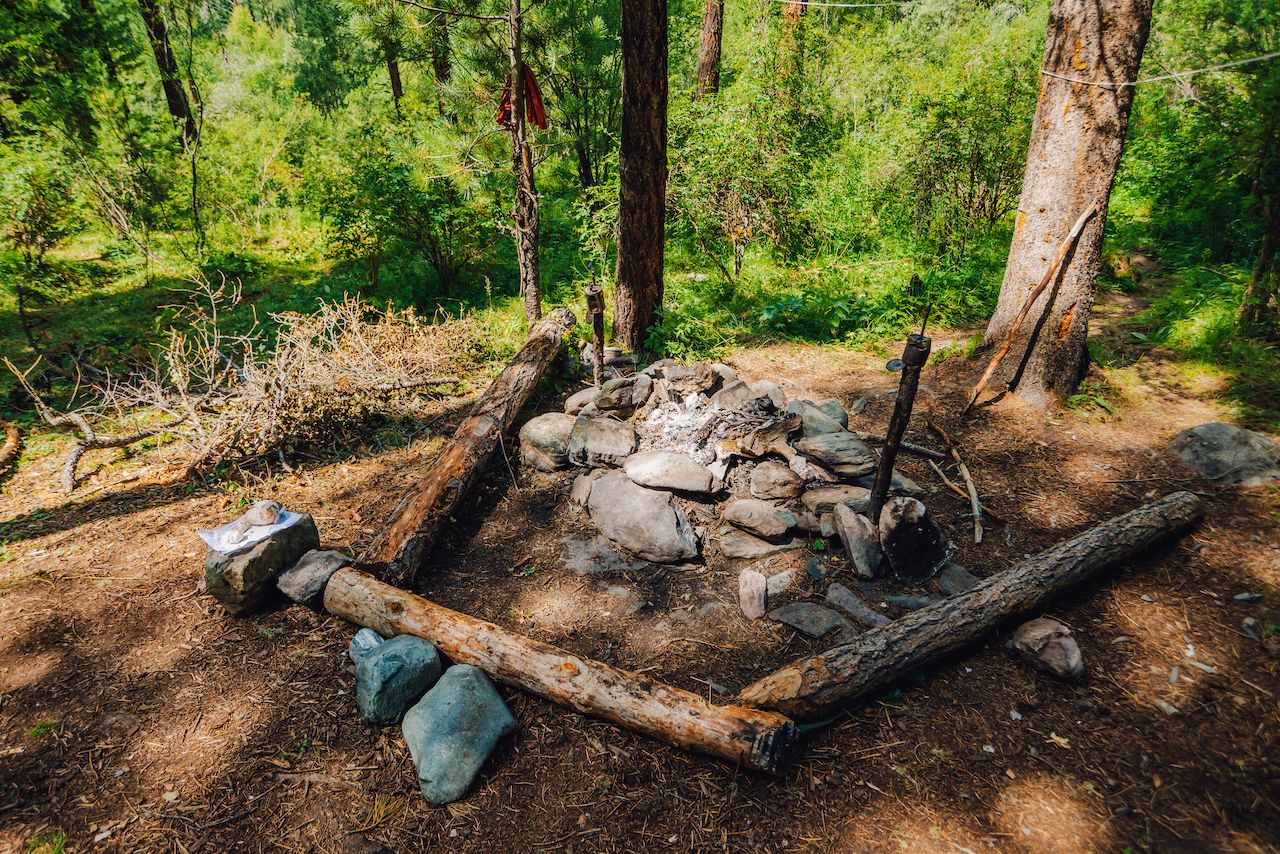 We’ve already seen it happen. State and national parks stay open until they’re swarmed — and then they close. With the lot of us all but shoved into the great outdoors at the same time, learning the ins and outs of responsible camping is at a premium. Let’s not ruin it for ourselves. Here’s what to keep in mind:

Leave no trace. This isn’t just about not littering — though it’s that too. This includes things like human or pet waste (if there are no toilets, bury it six to eight inches in the ground and cover it), fires (put it all the way out, if you are even in a place where campfires are allowed), soapy water (don’t put your dirty, soapy water in a clean water source), and trailblazing (use existing trails). If someone could tell you were there, you’re not doing all you can.

Use existing fire rings and tent spots. This is really just an extension of the above principle — whatever the hundreds of people before you have done, follow suit. Where they’ve planted their tent, so should you. Where they lit a fire, so should you. If there is no existing fire ring, use your camp stove; if there’s no existing tent spot, use the clearest patch of ground you can find.

Obey the rules. No dogs unleashed? Local fire ban in place? Quiet hours at 10:00 PM? Backcountry guidelines say you should stay 200 feet away from the nearest trailhead or water source? Consider it done. And, of course, if you don’t know the rules, that doesn’t mean they’re not there. Learn them.

Leave the wildlife alone. Squirrels or bears, don’t feed them, scare them, try to get near them, destroy their homes, or otherwise disturb them.

Always obtain firewood locally. Bringing in firewood from elsewhere could bring in harmful species, like beetles. If you have some leftover, just leave it for the next person.

Know how to take care of yourself. Don’t be that person that fell off the ledge taking a selfie who needs to call in a rescue crew from the nearest small town. For smaller instances — like cuts or scrapes — be prepared with a first-aid kit and the knowledge of how to use it.

(And, it bears repeating, know how to take care of your fire. Always be sure it’s 100 percent out.)

CampingHow To Pitch a Tent Like a Pro on Your First Camping Trip
Tagged
Camping COVID-19
What did you think of this story?
Meh
Good
Awesome