At $30+ a night, some campgrounds cost about as much as a cheap Airbnb — without the amenities of a warm bed and four non-nylon walls. These sites often run amok with humans, shrinking your hopes of having time well spent in the wild. And while this option totally works in a pinch, it’s probably not what you’ve been dreaming of.

But wild camping — or dispersed camping, or primitive camping, or whatever you want to call it — could be. There are plenty of places you can camp legally, permit-free, and often fee-free, in the US. If you know where to look, and you have the skills to play by the rules, these could be some of the most memorable nights of your life. Here’s how and where to do it. 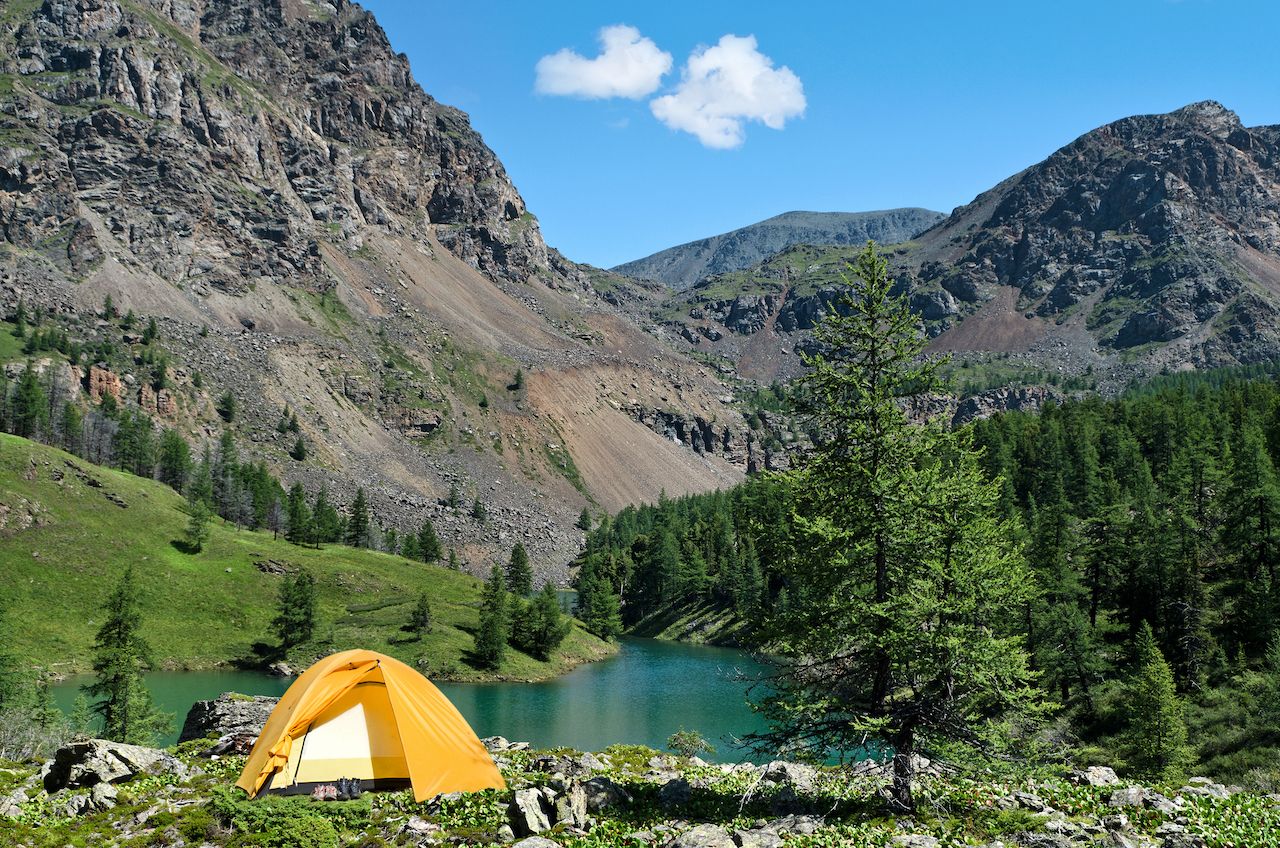 When Horace Greeley said, “Go west, young man,” he didn’t realize he was talking to entire generations of campers. East of the Mississippi, land open to dispersed campers is considerably harder to find as much of the land is an urban mess that’s simply already claimed. Your best bet is the national forests in the Appalachians (shout out to Kentucky’s Daniel Boone National Forest) though smaller national forests can be found dotting the south, and national grasslands stretch through the country’s core.

West of the Mississippi, you’re almost spoiled for choice. Here’s the general rundown.

You’ll find BLM (Bureau of Land Management) lands out West and, for all intents and purposes, only out West: The BLM manages 264 million surface acres west of the Mississippi and a mere 30,000 surface acres east.

These landscapes are usually wide-open, rocky, windswept, and often barren. That’s code for “no shade.” A general rule is that you can camp for 14 days on BLM lands though you should always call the nearest management office to double-check.

BLM territory can sometimes double as mining and grazing lands, so make sure you’re in an acceptable spot before you hunker down. In most situations, you can set up camp off an access road, hike into the territory, or at a pullout (looking at you, RVs). Just make sure you’re outside any developed campgrounds and no closer than 200 feet from a water source. 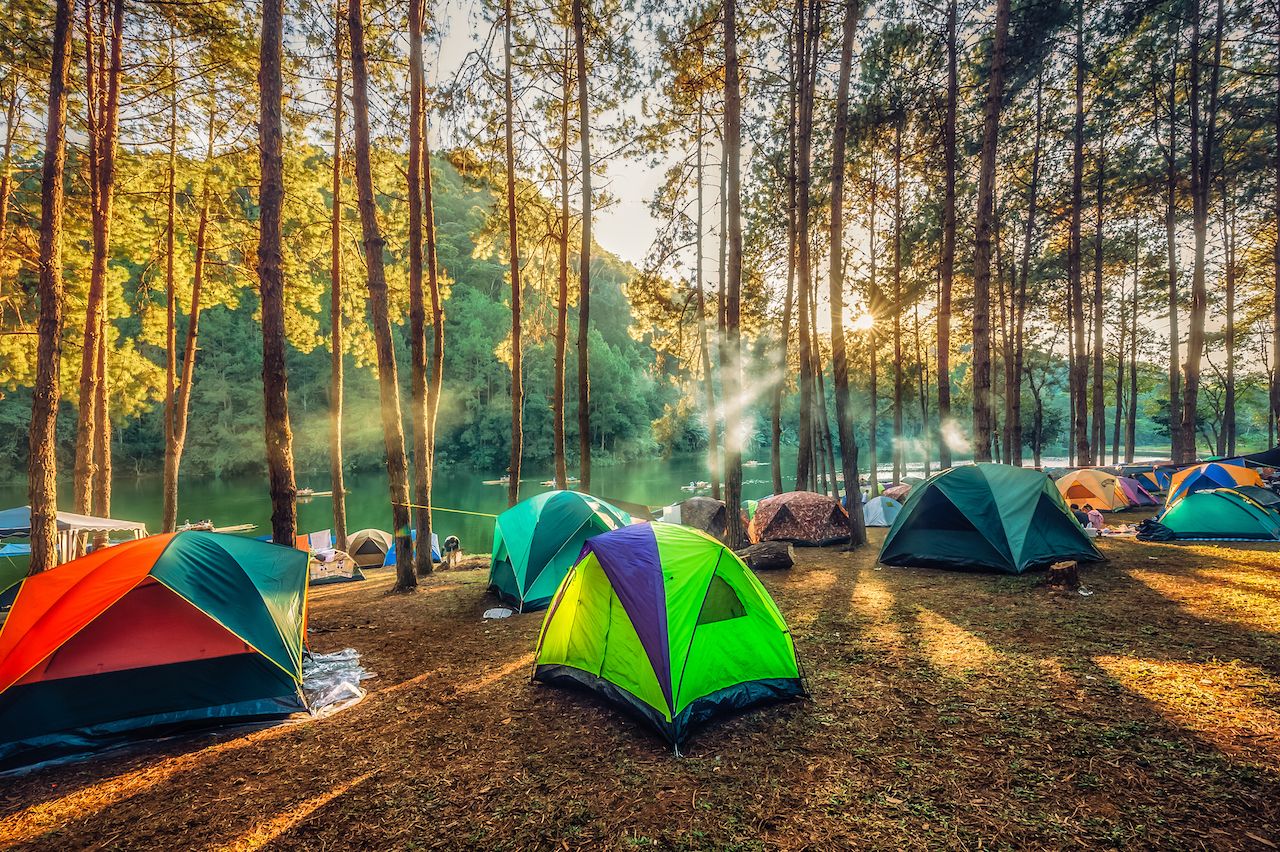 Unless otherwise posted, America’s 154 national forests and 20 grasslands are good to go for dispersed camping. You can set up just about anywhere — pullout, forest service road, deep into the woods — as long as you’re not within designated campground territory or too close to water (again, 200 feet). These lands usually have a 14-day limit, give or take.

National forests can be particularly lucrative as they’re gorgeous, and sometimes at the boundaries of national parks, allowing you access to sought-after landscapes without the price tag and the crowds.

Note: The rules of each national forest or grassland may vary; call the appropriate office to find out about rules and restrictions.

The vast majority of national park campgrounds are riddled with humans, hard to get into without a reservation, and can be a bit pricey. There are, of course, exceptions: Many parks have more primitive campsites that are first-come, first-served, and the game completely changes in the off-season. While water may be turned off, the staff may be gone, and all amenities vanished, you may still be welcome.

Denali’s Riley Creek campground is a good example of this — once mid-September hits, Riley Creek’s water is turned off, the buses stop running far into the park, and camping becomes first-come, first-served, fee-free. Simply research the national park you’re visiting to see if this applies.

Though you’d be hard-pressed to truly call it camping, there are plenty of places in the US where you can catch some Zs for the night in whatever your set-up is: namely, Wal-Mart, casinos, truck and rest stops. However, note that in many places local ordinances prevent sleeping overnight in a parked vehicle.

Note: Yep, there’s a website that tracks RV-friendly casinos and one that lists no-stay Walmarts. 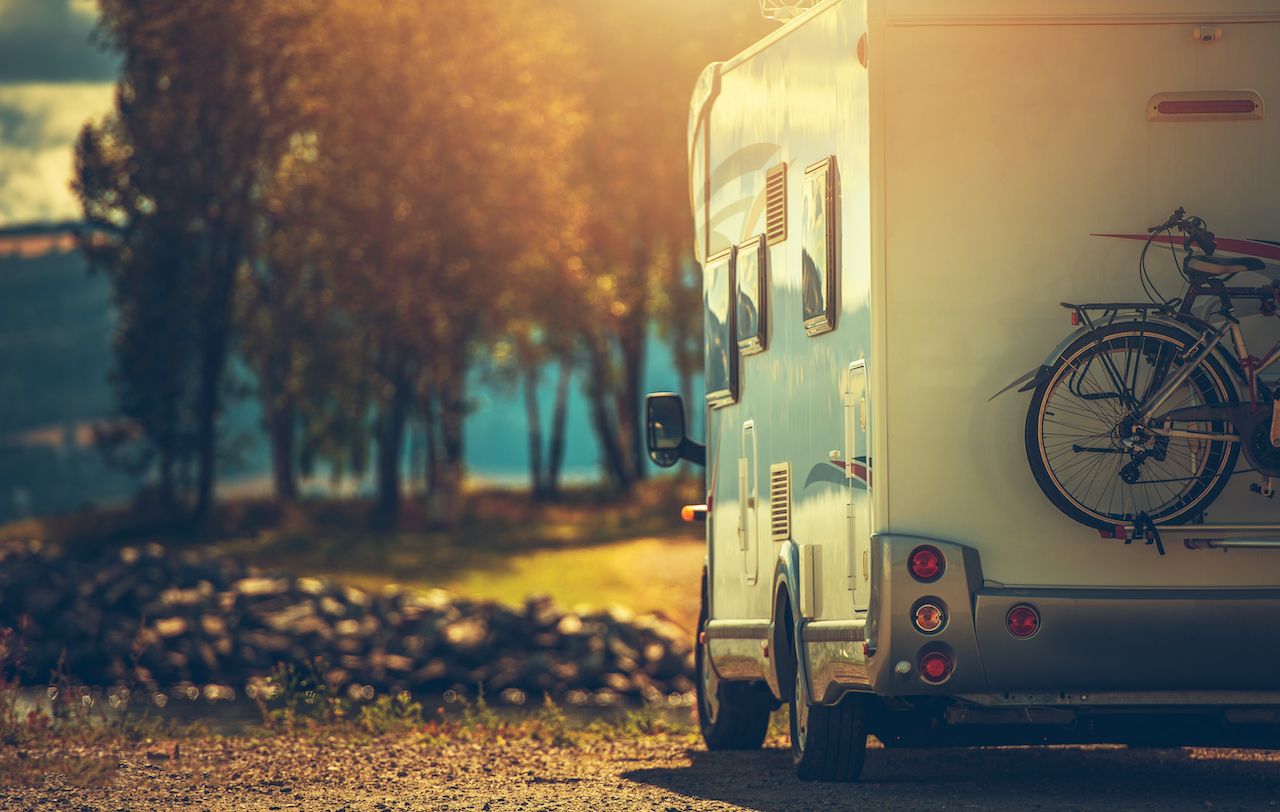 In many national forests and along certain trails, you may find established DCAs, but don’t expect to fully know what that means until you do your research. In Michigan’s Hiawatha National Forest, for example, there are DCAs that require a reservation, some of which even have toilets. There, primitive camping is the term used for rolling up and plopping your tent on flat ground and communing with the stars.

Another example is Wisconsin’s Ice Age Trail, where DCAs pepper the route — most are just recognized people-camp-here areas, though some have things like drains and tents and cooking pads. Wherever you are, just do your research beforehand.

Before you go: know the rules 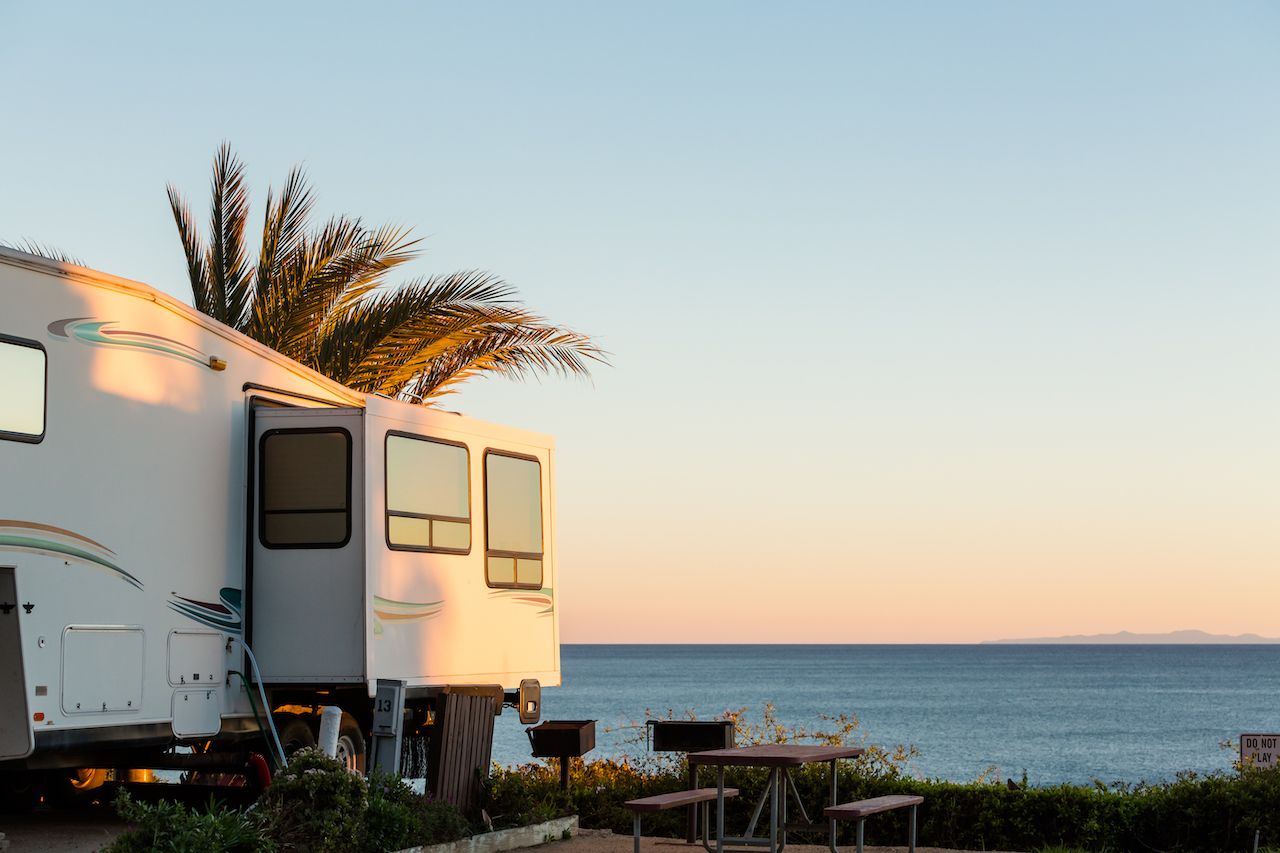 Keep in mind that dispersed camping is not the same as camping at a designated campground — 99% of the time, there are no amenities. You’ll need to take care of your own trash, your own waste, your own everything. As for fire, only light one up in an existing ring or with your portable fire pit. Some areas may require fire permits while others may not allow them at all; always call the nearest office and check.

And then there’s the standard Leave No Trace principles. LNT.org sets the gold standard here, but here’s the gist:

You don’t have to do your research the old-fashioned way. Here’s where to start looking:

Free Roam: This app (mobile and desktop) can be used for both national forest and BLM land; you can separate the layers if that’s helpful. Overlay the Motor Vehicle Use Maps to see what you’re dealing with in terms of getting there and around.

Campendium: On Campendium, you can type in whatever state you’re researching and sort for “free.” Of course, if you want to pay, you can filter for that too. There are reviews and all sorts of useful tools, as well.

The Forest Service: The USFS has a decent website with interactive maps, too. They make it simple to sort by activity.

Freecampsites.net: This website is populated by real live humans, so it’s not comprehensive — but it may clue you into off-the-grid spots your new favorite that Kevin found a few months ago.

Where should you go? 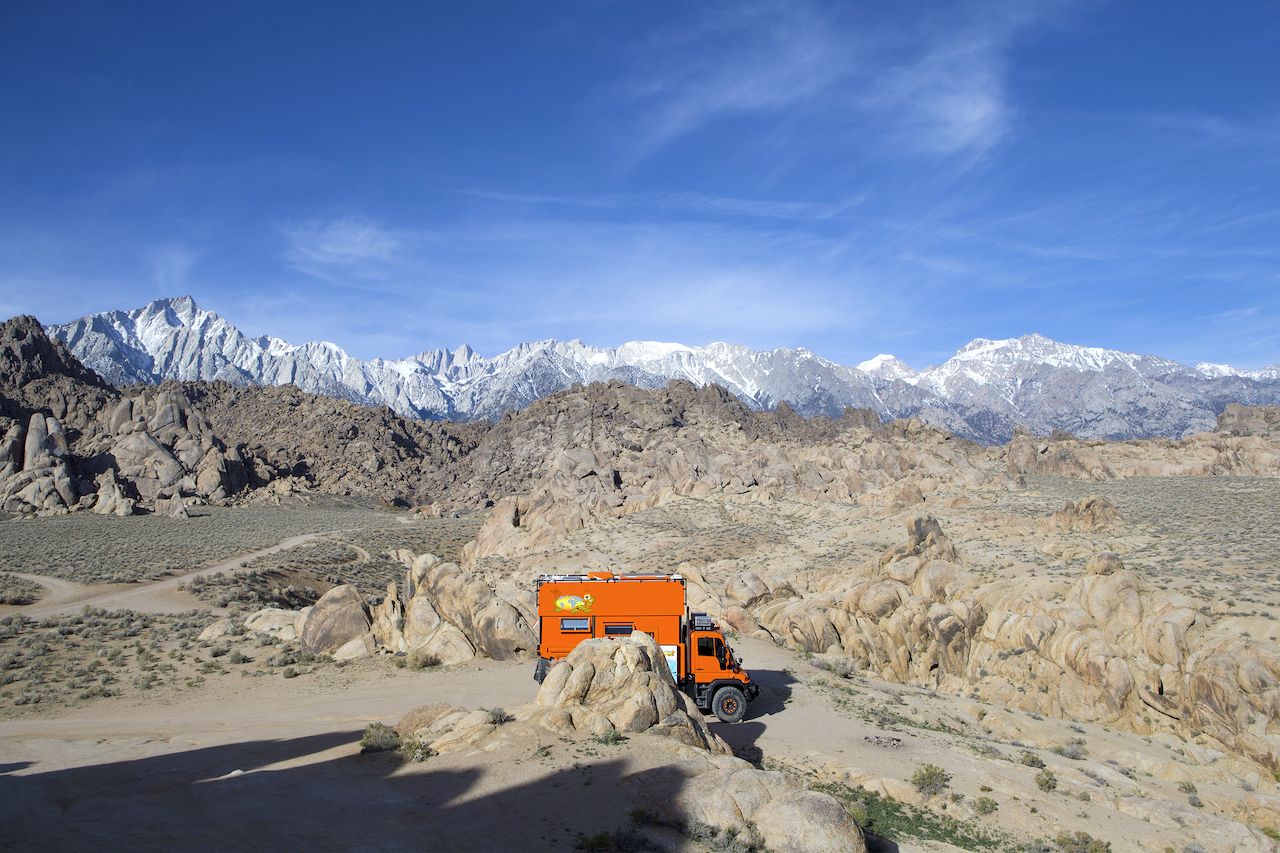 Think you know all the country’s greatest landscapes? Think again:

Weminuche Wilderness: This is the largest wilderness area in Colorado, and it’s almost the size of Rhode Island. It’s part of the San Juan National Forest, has three fourteeners, and spans the Continental Divide. (The San Juan Skyway is a hell of a drive, too.)

Canyon Rims Recreation Area: South of Moab and not far from Canyonlands National Park, you can go far, far off-grid but so, so close to Utah’s most stunning landscapes. If you can, bring your mountain bike.

These are just three spots amongst the millions and millions of acres open to you. Where will you go next?