For the last year, pretty much everyone has struggled to answer one question: how do we know when the pandemic is over? Well, it depends on your personal barometer for normalcy. Is it when Costco brings back free samples? When buffets reopen? For me, the most hopeful sign of normalcy is the return of cruising.

In early 2020, cruise ships were viewed as petri dishes for COVID-19 outbreaks, and it was one of the first industries to shut down fully. Now cruising is making a comeback, with many cruise lines having implemented health protocols designed to give travelers peace of mind.

The summer of 2021 will be known as the season cruising finally returned, and there are already tons of voyages waiting to be booked. Here are some 2021 cruises you should consider taking. 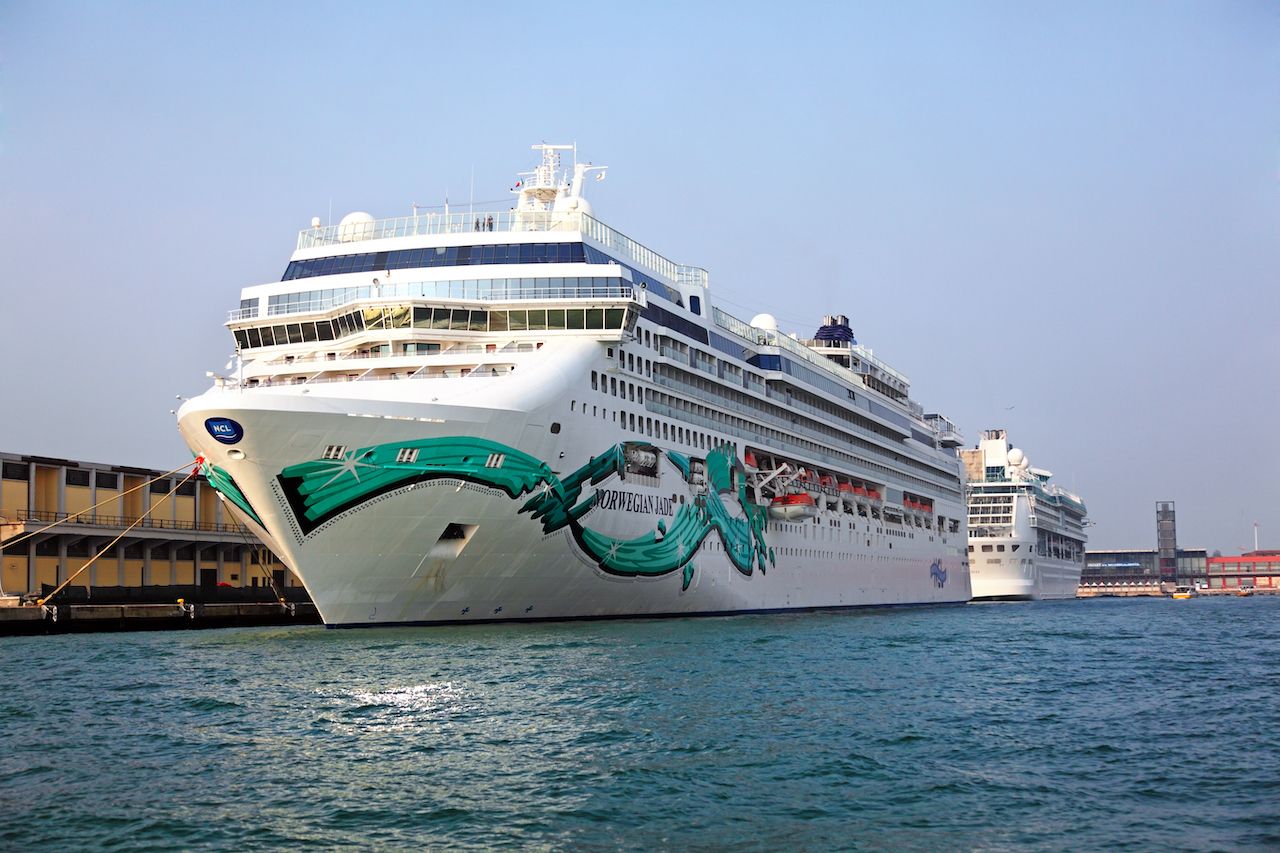 Norwegian is also offering trips to Greece and the Caribbean this summer. The Norwegian Jade will sail from Athens to the Greek islands with dates starting July 25. The seven-day itinerary includes the villages of Santorini, the vineyards of Corfu, as well as stops on other popular islands like Mykonos and Rhodes. Docking at a new port each day, you’ll experience the best of Greece’s islands and mainland, like the Parthenon, the Acropolis, the birthplace of Apollo and Artemis, island ruins, and traditional Greek cuisine. It’s among the first weeklong trips Norwegian has offered since early 2020. 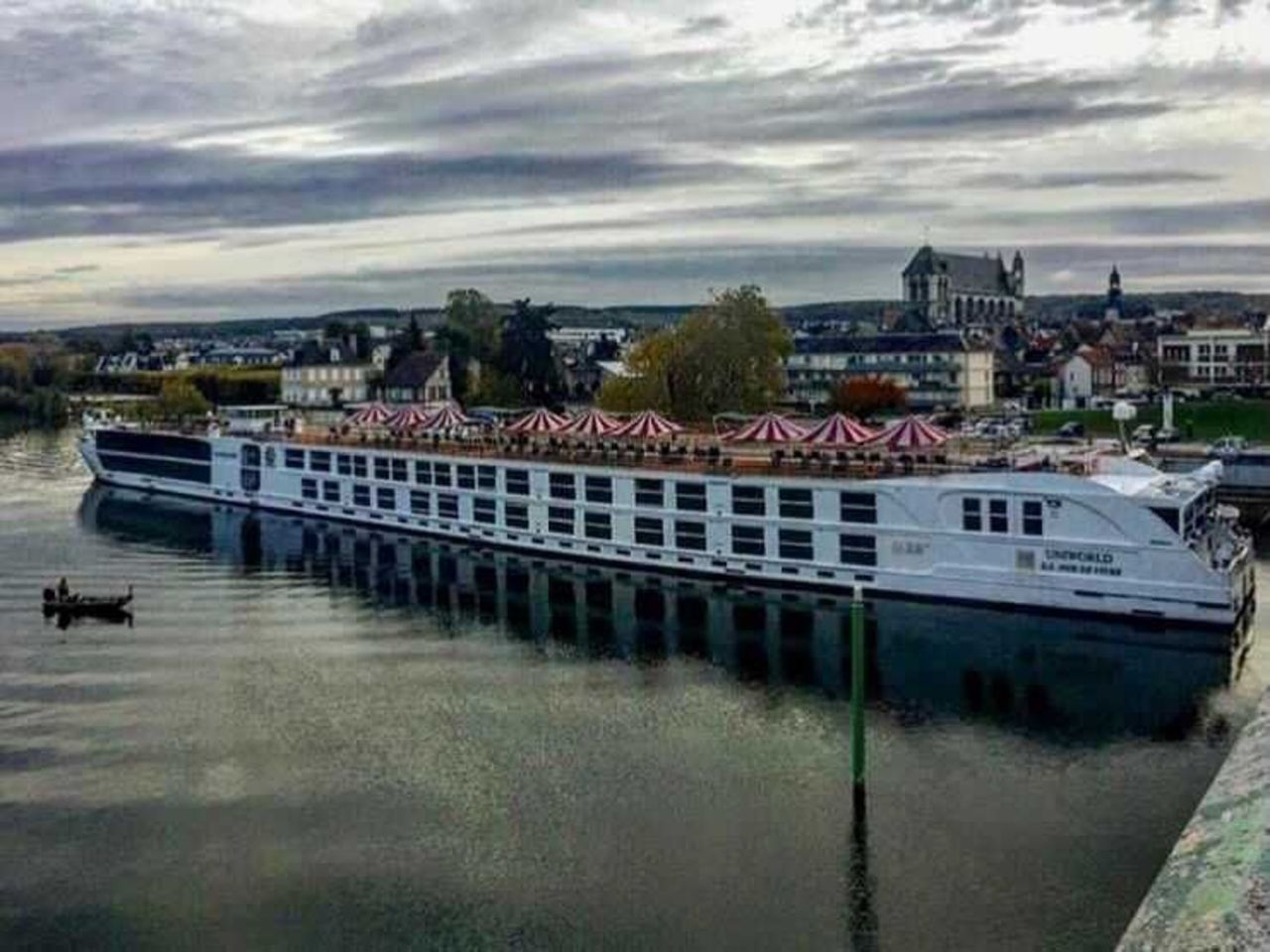 Just in time for Europe’s reopening to US citizens, Uniworld Boutique River Cruises announced its first sailing dates for this summer. The first 2021 cruise will take place in Italy on June 18, with the Milan, Venice & the Gems of Northern Italy itinerary. Guests will spend two days in Milan before traveling to Venice, where they will board the luxury S.S. La Venezia. Once onboard, guests will take an eight-day journey from Venice along Northern Italy’s coastline, with activities including a lighting ceremony at St. Mark’s Basilica.

France is also a Uniworld destination this summer. The Brilliant Bordeaux trip aboard the S.S. Bon Voyage will bring guests on an eight-day trip through beautiful Southwest France along the Garonne, Dordogne, and Gironde rivers. The Paris & Normandy itinerary on the S.S. Joie de Vivre is an eight-day adventure from Paris through the countryside of Normandy, and the Burgundy & Provence trip aboard the S.S. Catherine will bring you through wine country on the Rhone and Saone rivers. 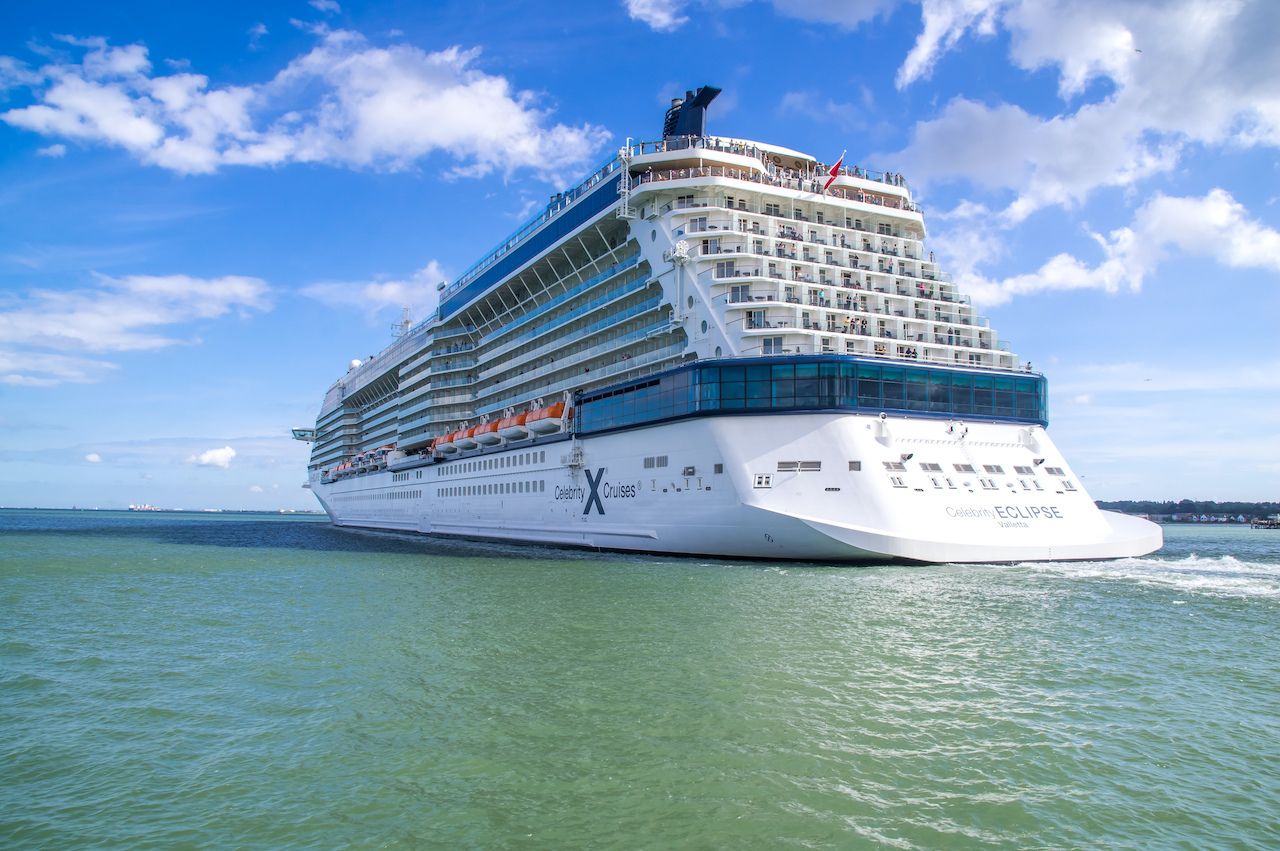 Celebrity Cruises operates luxurious cruises all around the world, but while all your friends are going to the Caribbean, take advantage of Celebrity’s Galapagos Outer Loop trip. This seven-night voyage leaves Baltra in the Galapagos Islands, and continues to Espanola, Floreana Island, Isabela Island, and Santa Cruz Island. On the way you’ll see wildlife like puffins and tortoises, and some of the most pristine nature in the world.

If you prefer a more northerly climate, check out the 14-night Iceland & Greenland Cruise. The cruise departs from New Jersey, then stops in Nova Scotia before arriving in Qaqortoq, Greenland. From there you’ll head to Reykjavik and Akureyri in Iceland before finishing your trip in Scotland and England. Summer is the perfect time to visit this chilly northern climate, experience the midnight sun, and see a part of the world few ever visit.

Dates for both Galapagos and the Iceland & Greenland cruise are available throughout the summer. 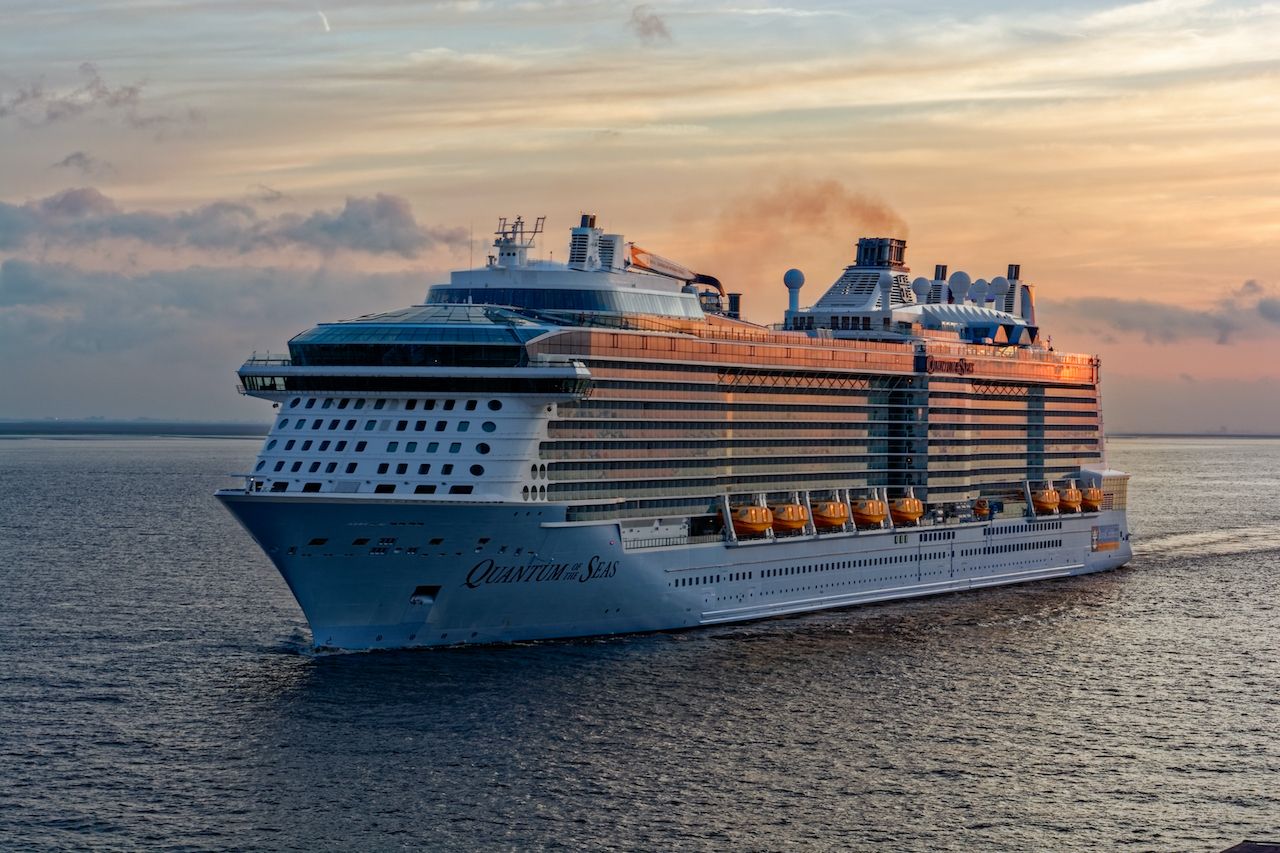 Royal Caribbean might be famous for its namesake Caribbean cruises, but you might be surprised to learn that it’s most enticing cruises this year are actually happening in Asia. The five-night Fukuoka & Sasebo Cruise aboard the Voyager of the East sets sail on October 11, 2021. Starting in Beijing, the cruise takes you to Fukuoka and Sasebo in Japan, giving you a tour of the region for just $349 per person.

The five-night Kagoshima & Okinawa Cruise, aboard the Spectrum of the Seas, gives travelers another window into China and Japan. Departing on July 4, 2021, the cruise starts in Shanghai before sailing to Kagoshima and Okinawa in Japan, and then returns to China on day six. In six days, you’ll see Kagoshima’s Samurai Garden, the picturesque Naminoue Shrine in Okinawa, and take in the historic beauty and local cuisine of Shanghai. 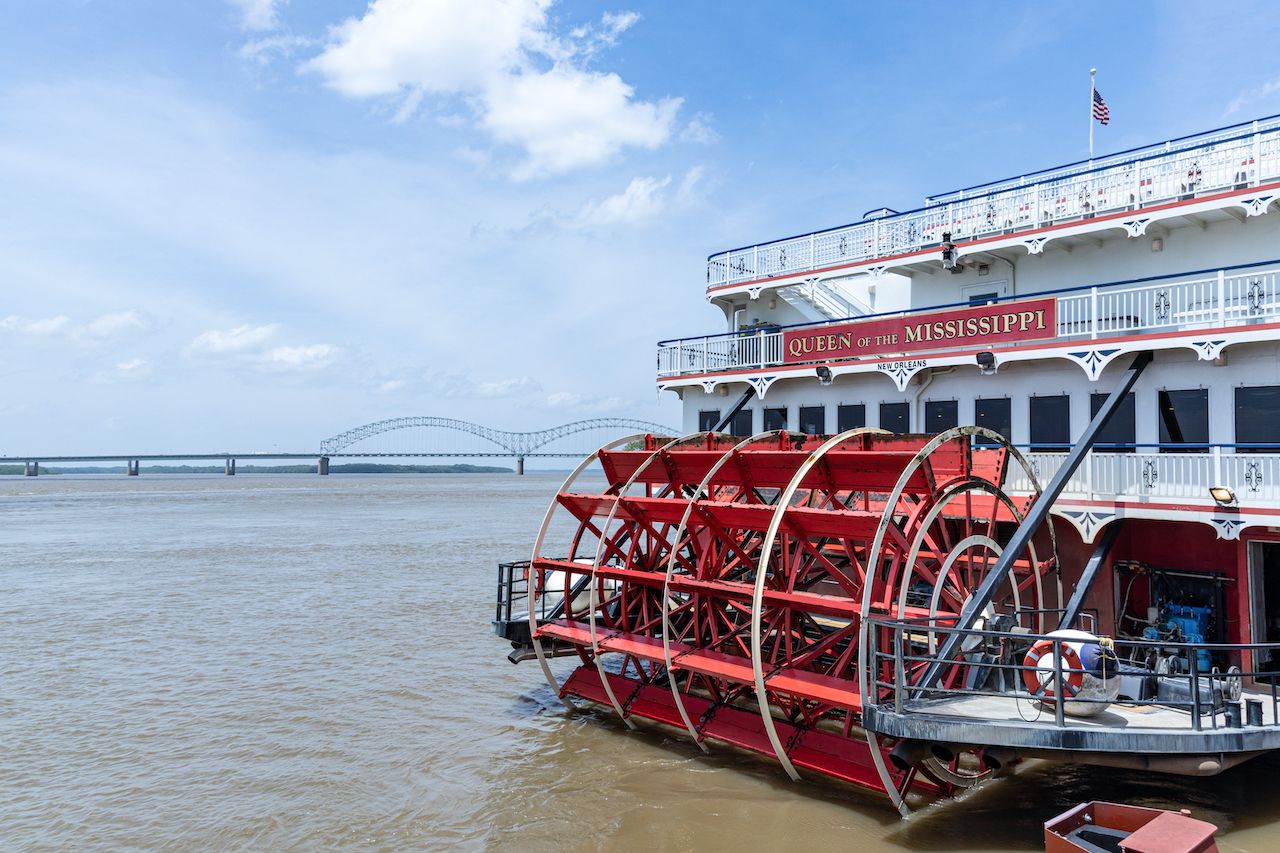 If you’re not quite comfortable traveling internationally yet and prefer a memorable cruising experience close to home, American Cruise Lines is offering plenty of voyages throughout the country. The Maine Coast and Harbors Cruise is probably the best 2021 cruise taking you on a coastal adventure through the waters of New England and Maine’s most picturesque portside towns. Beginning in Portland, the cruise sails to Bar Harbor, Belfast, Camden, Rockland, Boothbay Harbor, and Bath before returning to Portland on the eighth day. The small ship will travel through Maine’s rivers, bays, and harbors, where you’ll get intimately acquainted with the state’s national parks and historic towns.

For a real trip back in time, take the Upper Mississippi River Cruise. Taking place aboard the Queen of the Mississippi, a period-style ship that resembles an old steamboat, the trip will give you a Huckleberry Finn-esque adventure, albeit with a lot more comfort. Indeed, once the ship departs from St. Louis, Missouri, you’ll stop in Hannibal to check out Mark Twain’s childhood home. From there, you’ll head up the river to Fort Mason, Davenport, and Dubuque in Iowa, and Winona, Red Wing in Minnesota before ending your trip in St. Paul. Along the way, you’ll see the region’s historic Victorian homes, learn the history of Native American tribes that once called the land home, and wildlife like bald eagles.

CruisesWhy a Small Cruise Ship Is the Perfect Solo Getaway
Tagged
Cruises
What did you think of this story?
Meh
Good
Awesome

Why You Should Go on a River Cruise, Even if You're Not a Cruise Person