On one particularly rocky night at sea, I walk into the piano bar in a low-cut black dress and sky-high heels, keeping balance like a pro. Everyone stares, and while I’d like to think it’s because of my outfit choice, more likely it’s because I’m missing a fundamental part of my vacation look: a partner. But this is a conscious choice. Nontraditional as it may be, here’s why going on a small cruise ship is the perfect solo getaway.

Solo cruising isn’t all that common.

Traditionally, cruising has been seen as an activity of couples, which is why images of honeymooners and retirees are generally what first come to mind. Unfortunately, most cruise lines make it somewhat unappealing to travel solo by charging a “single supplement” fee if you choose to sail without a plus one. And of course, the idea of being completely alone on a ship filled with couples can turn off even the most sociable traveler. But as it starts to become more apparent to other passengers and crew that you’re there by your lonesome, people really make an effort to make you feel included. 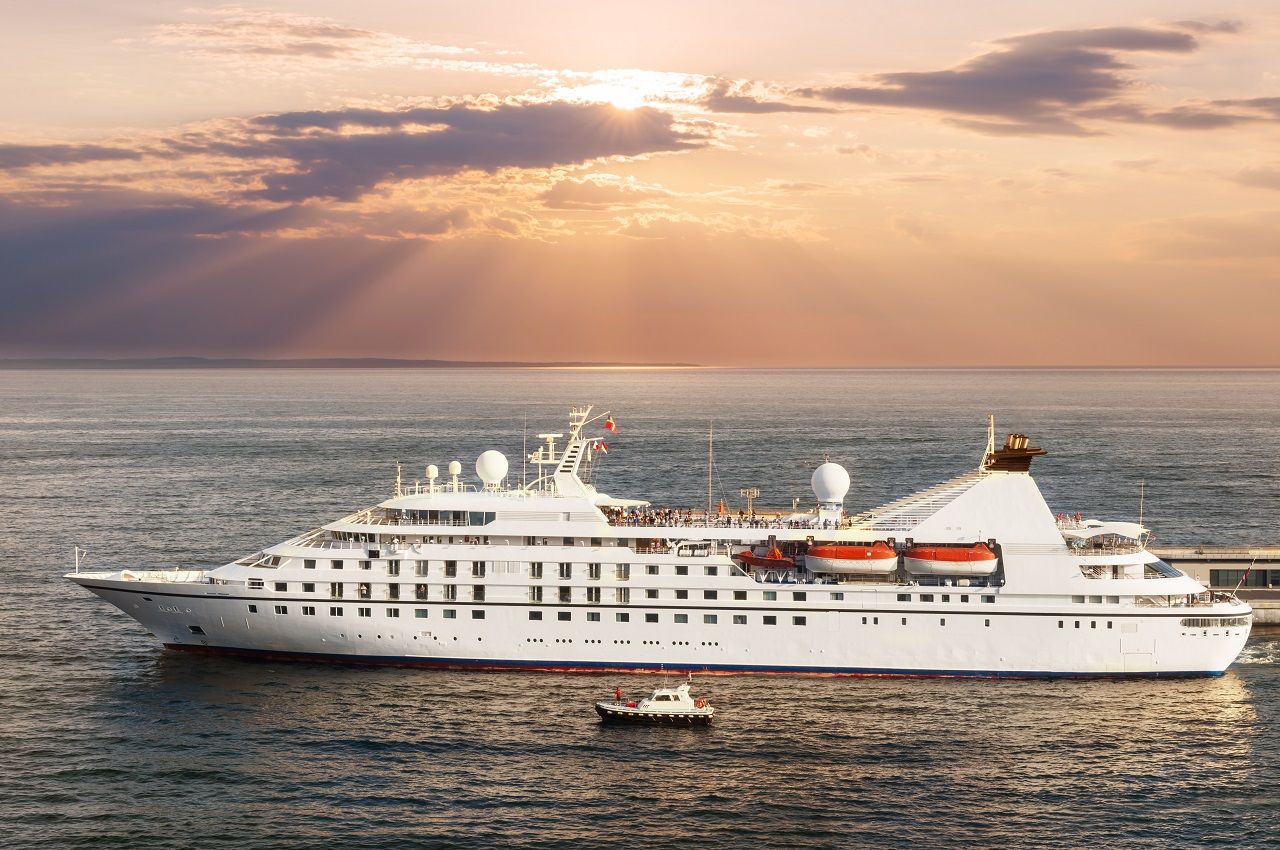 While a “small” ship is considered any cruise with between 650 to 1,300 passengers, I’ve lived in apartment buildings with higher headcounts. By the first night of my vacation, I’m already starting to recognize faces left and right. And since it’s rare to find anyone younger than the legal drinking age on board, it starts to feel like a tight-knit community of like-minded travelers almost instantaneously.

No matter where you come from, how old you are, or what you do for a living, it doesn’t really matter when you’re on a cruise ship. Somehow you all chose to set sail on the same itinerary, on the same cruise line, and on the same date. You have a lot more in common with these strangers than it would appear. Well, except for how many people are pitching in for that bill.

The perks will make you forget that price tag. 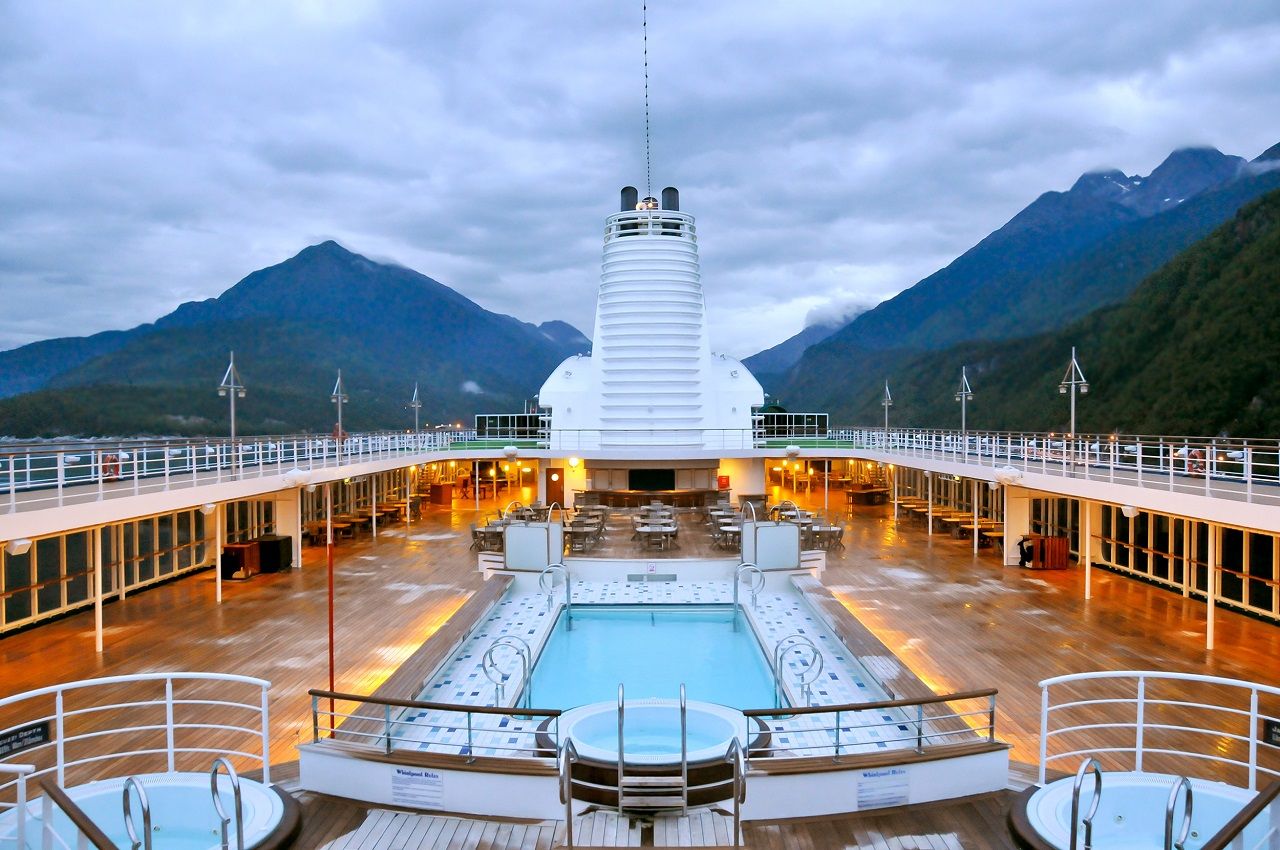 Once you’ve hit the high seas by yourself, it’s really hard to go back to sharing a cabin with someone. Like, really hard.

For starters, I get the best sleep of my life while at sea. Between having a giant, comfy bed all to myself, curtains that block out every shimmer of sunlight, and the gentle rocking of the ocean… the slumber is absolutely unreal. I can sleep in all morning if I want — something I’m rarely able to do at home.

When hunger hits, I can be as picky — and peculiar — as I want, grabbing a few of the best bites from multiple cafes and buffets. There’s no one to judge my eclectic selections. Indian curry with a side of cantaloupe and a Southern-style biscuit? Sure! Why not? And once I’ve crafted the perfect plate, I can shamelessly bring it back to my room to enjoy on my balcony, where the scenery never disappoints.

At the pool, finding a single lounge chair is never a problem, and I finally have time to tackle those old magazines that have been stacking up at home. For every issue I read cover-to-cover, I reward myself with a cone piled high with soft-serve ice cream. “Treat yourself” becomes a quite literal mantra.

From the casino to the main dining room, the bartenders all get to know me because of my oddly specific drink order: vodka soda, two limes, two cherries. By the second day, I don’t even need to ask. They start pouring before I’ve even opened my mouth. It’s efficient. It’s effortless.

“Wellness” is not something you need to pay extra for. 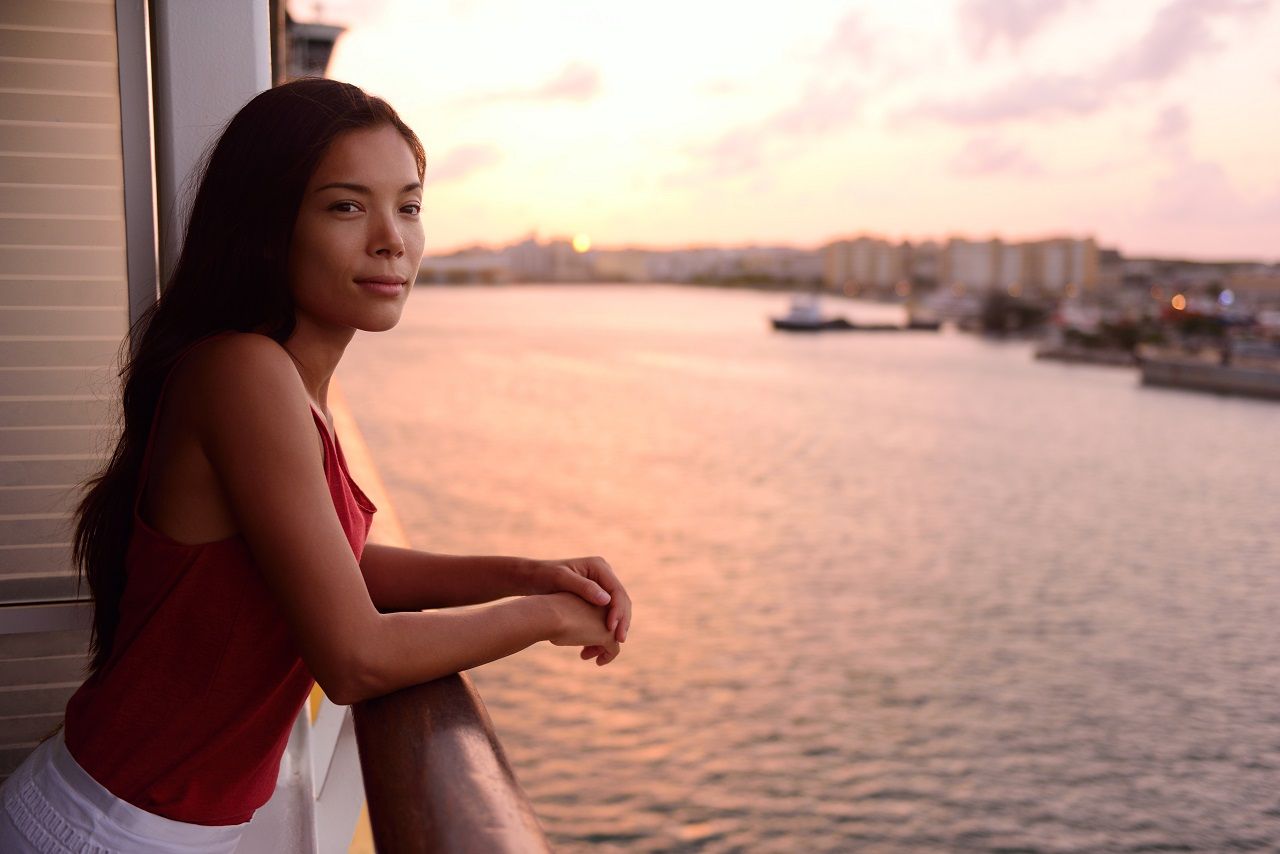 Wellness on a cruise ship doesn’t mean smoothies and spin classes. It’s all about doing whatever you want, when you want to, and detoxing from the stresses of daily life. At least a few times throughout the voyage, I like to wake up while it’s still dark out and make my way to the lido deck to watch the sunrise. While the promise of the perfect Instagram shot is what gets me out of bed, the ever-changing colors are what keep me glued to the handrail. The swirling oranges, pinks, and purples of the clouds remind me that sometimes I just need to slow down and appreciate the journey. It sounds corny, but it’s true.

Since there’s no one to coordinate — or worse, compromise — with, the rest of the day is completely on my schedule. In fact, for someone who is an admitted hyper-planner back on land, this is the biggest stress-reliever. I don’t even need to take advantage of the onboard spa specials, because late-night trips to the outdoor hot tubs in my fluffy white bathrobe are equally as therapeutic, if not even more so.

Hell, it’s not even that important to have a balcony. I get just as excited about an inside cabin as I do about a room with a view. Sure, I may not have my own personal breakfast nook, but my cabin becomes my hideaway — my cave. A place where no one can find me, except for my room attendant, who indulges me with towel animal “roommates” on the daily.

I learned a long time ago not to even bother packing my workout clothes. While the thought of a fully equipped gym that’s rarely occupied sounds like a dream, it simply isn’t reality. Instead, I like to take the stairs everywhere they go. It’s an easy way to burn off a few extra calories, but more importantly, it gives me the opportunity to explore a few new corners of the ship I might not have seen otherwise. 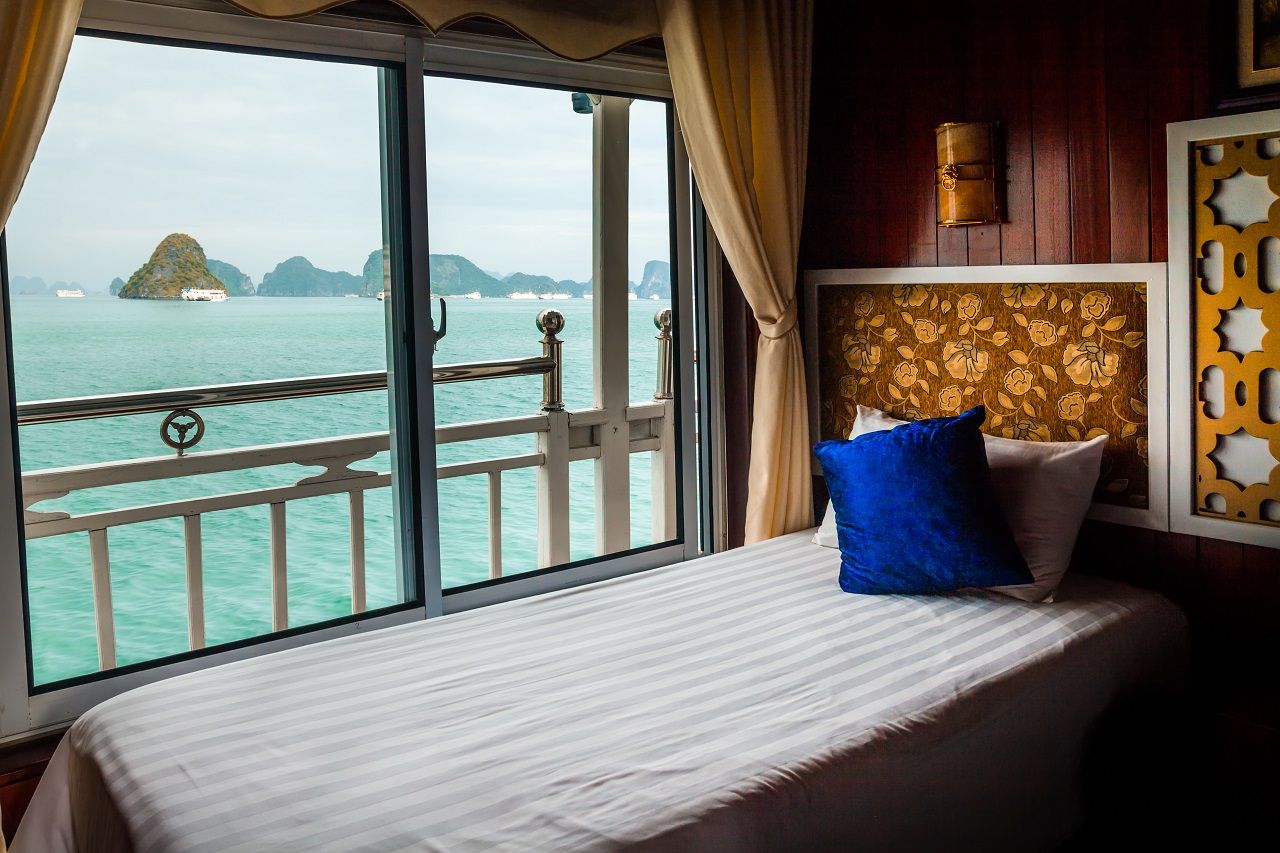 In the afternoons, I like joining in on a few rounds of trivia. I nearly always end up surprising myself as often as I do my newfound teammates with my wealth of useless knowledge and pop culture trivia. By the end of the game, I’ve made a few friends who spend the rest of the trip referring to me by standout answer instead of my actual name. It’s an offbeat type of camaraderie you don’t find in many places, and it’s spot-on given the circumstances. After all, it’s hard to remember so many names in such a short time. So on a cruise, nicknames become the norm.

Being at sea not only means disconnecting from reality, but disconnecting from cellular service, too. Everyone on board is collectively forced to face awkward situations head-on, without the crutch of a smartphone to mindlessly scroll through apps on. Without the distraction of phones that are constantly pinging, conversations feel more deliberate and meaningful. It’s humbling and old school, but more importantly, a completely welcomed break from technology.

You will get over that awkward hump. 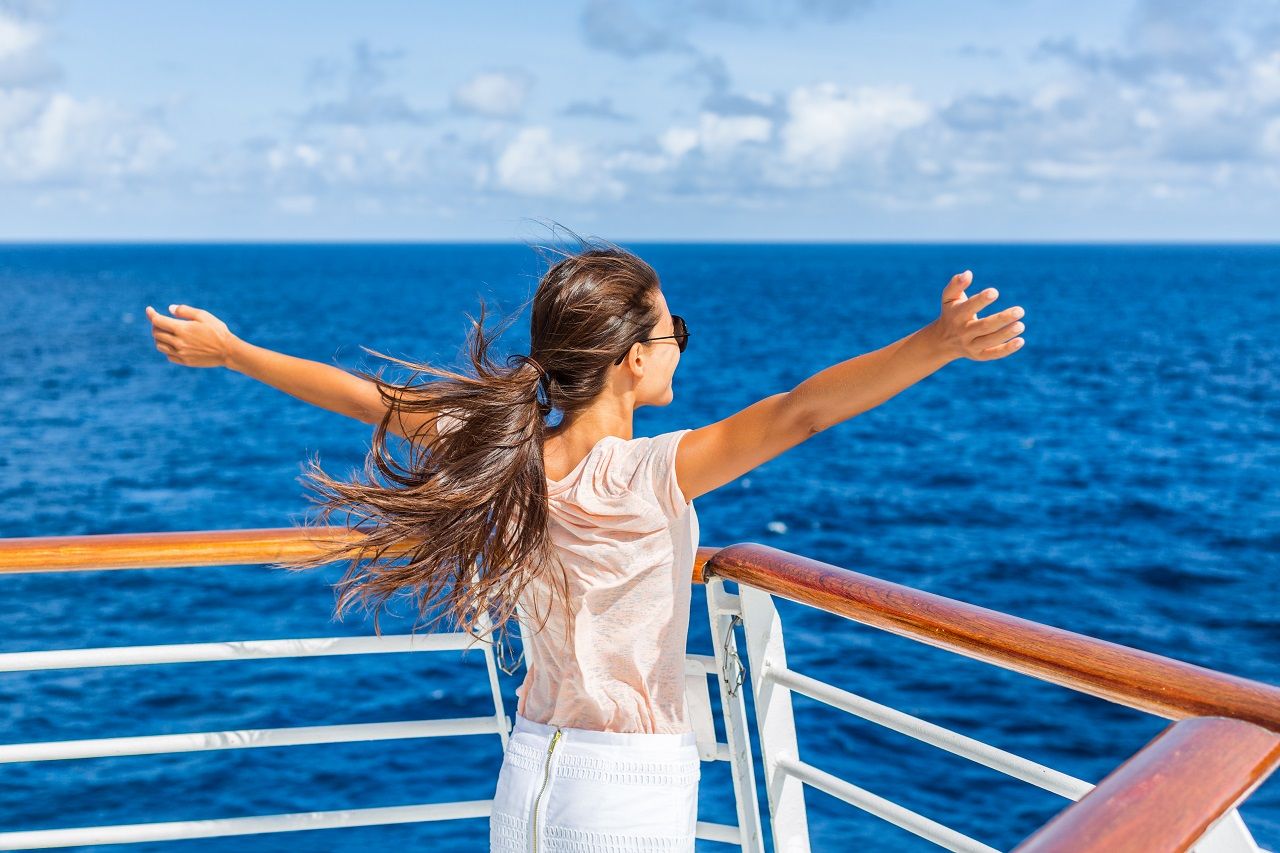 Of course, going to bars by myself at night was a little intimidating at first, but I quickly discovered that flying solo is the ultimate conversation starter. Your ship is essentially a tiny, isolated floating village. And in true neighborly fashion, others are curious to hear your story. To get to know the people on their very same vacation. “Where’s the rest of your party?” is the most common question I get, followed by looks of surprise when I smile and casually explain that I chose to set sail solo. Chances are — after days of compromising with their significant other on their agenda — they’re probably jealous.