Picking the perfect spot for a perfect honeymoon is difficult, regardless of your sexual orientation — but there’s an additional set of challenges to consider if you’re LGBTQ. For same-sex couples, local laws and tolerance are just as important as the destination itself. This is your honeymoon after all, and you’ll want to pick a place where you can enjoy a stroll along the beach hand-in-hand without worry. The good news is, marriage equality and anti-discrimination laws are on the rise, which means the world is becoming an even more welcoming place. So, whether you’re planning an intimate rural retreat or prefer to celebrate under swaying palm trees, here are 10 heavenly destinations to inspire you. 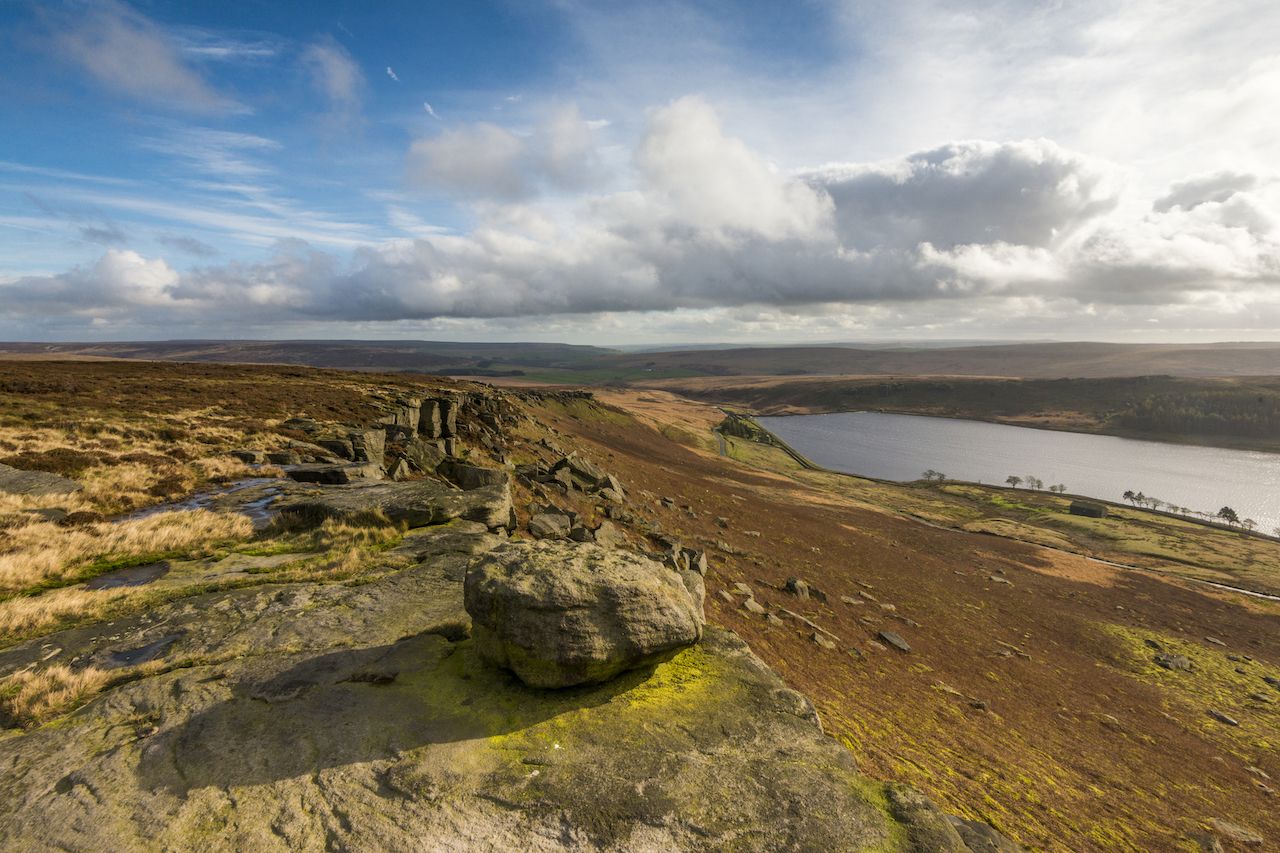 If romance for you means plenty of alone time together, then turn your attention to the Yorkshire moors. Dotted with old mill chimneys that stand testament to its industrial past, Hebden Bridge is now a town of bohemian cafes, stone cottages, and leafy canals. Dubbed the “lesbian capital of the UK,” Hebden Bridge is rumored to have more lesbian women per square foot than London or Brighton. The mill town prides itself on welcoming people of all orientations, so you can hold hands together wherever you want — no one will bat an eyelid. And if you fancy a change of pace after a week of rural walks and English country pubs, just hop on a train for an evening in nearby Manchester, as its LGBTQ nightlife is legendary. 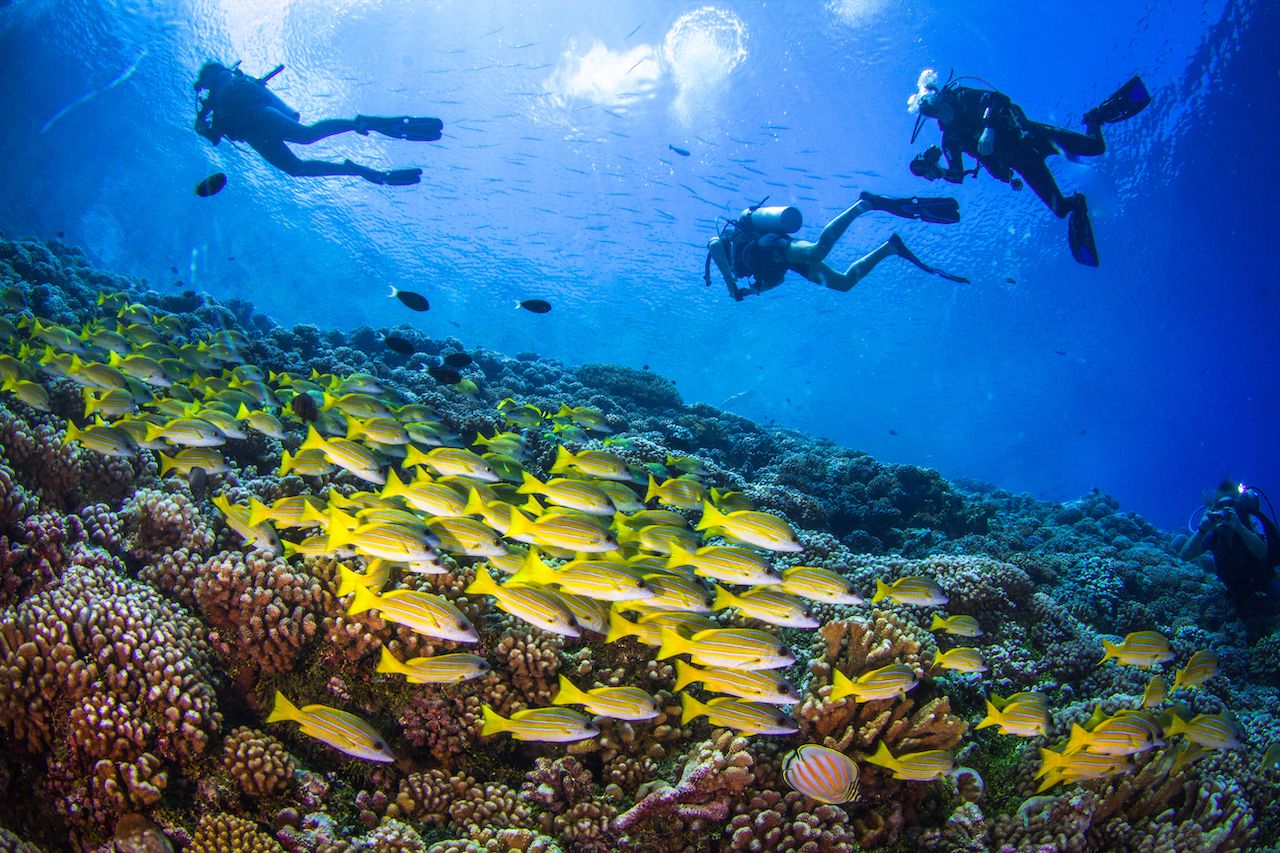 For a truly luxe gay-friendly getaway, head to Tahiti. For beach-loving newlyweds, and it’s easy to see why it’s so popular. A typical day here includes snorkeling with stingrays and a Polynesian picnic on white sand, followed by sunset cocktails. In terms of the local attitude toward all things LGBTQ, French Polynesia is among the most progressive in Oceania — same-sex marriage is legal, and Tahiti has long had a cultural acceptance of transsexuality. In fact, it’s an ancient custom for families here to raise their first male born as a female, a rae-rae, who embodies both the “masculine” and “feminine.” Males can choose to live their lives as a rae-rae with no discrimination. 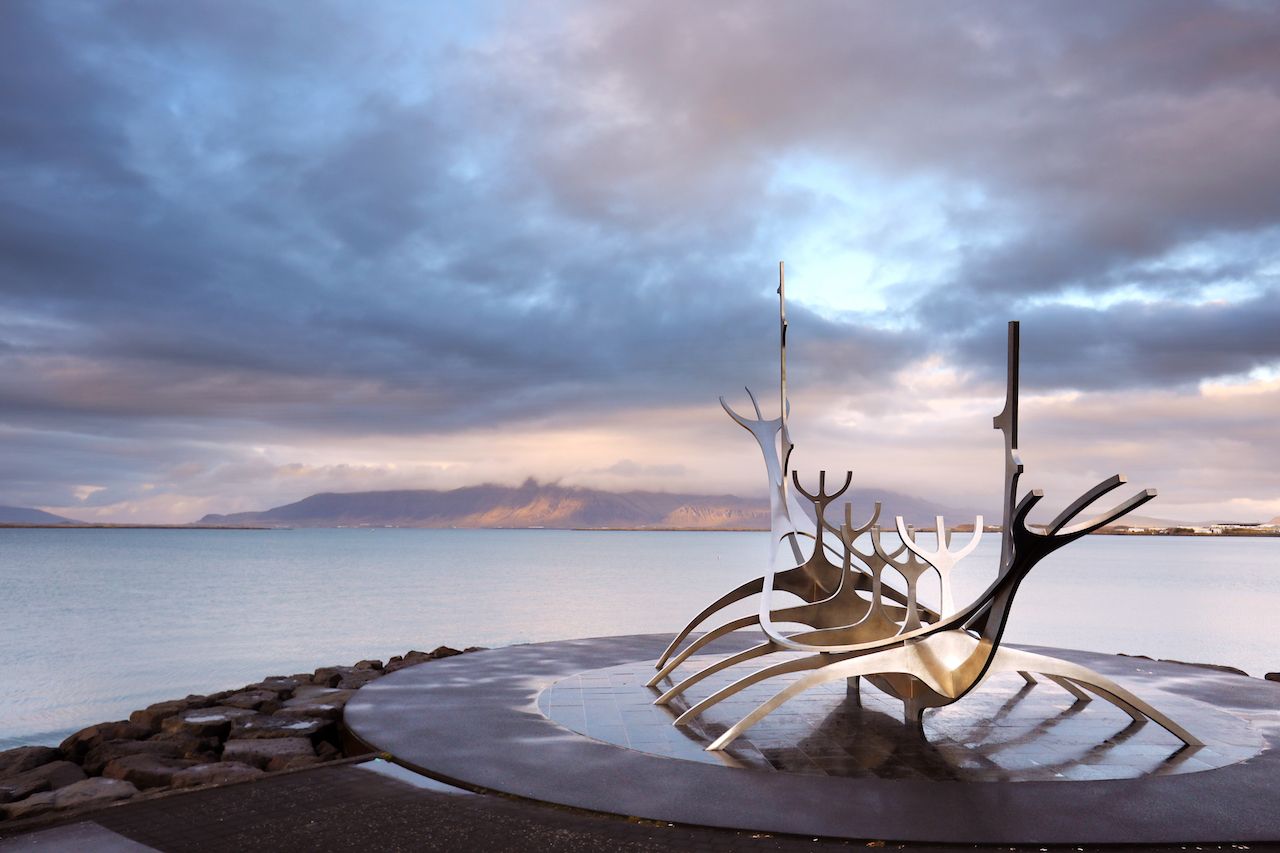 Iceland wasn’t only one of the first countries in the world to legalize same-sex marriage — it has among the highest number of citizens in favor of it (89 percent) and the only openly gay head of state in the world. So rest assured, you’ll feel welcome here. While famous for its blue lagoon and whale watching opportunities, there’s plenty for newlyweds whose taste is for the geographically jaw-dropping. Start your trip in a Nordic boutique hotel in the country’s capital before hiring a car and exploring the nearby Reykjadalur Valley. In the summer, Icelandic horse riding is a must and if you’re there during winter, there are plenty of outdoor winter sports. 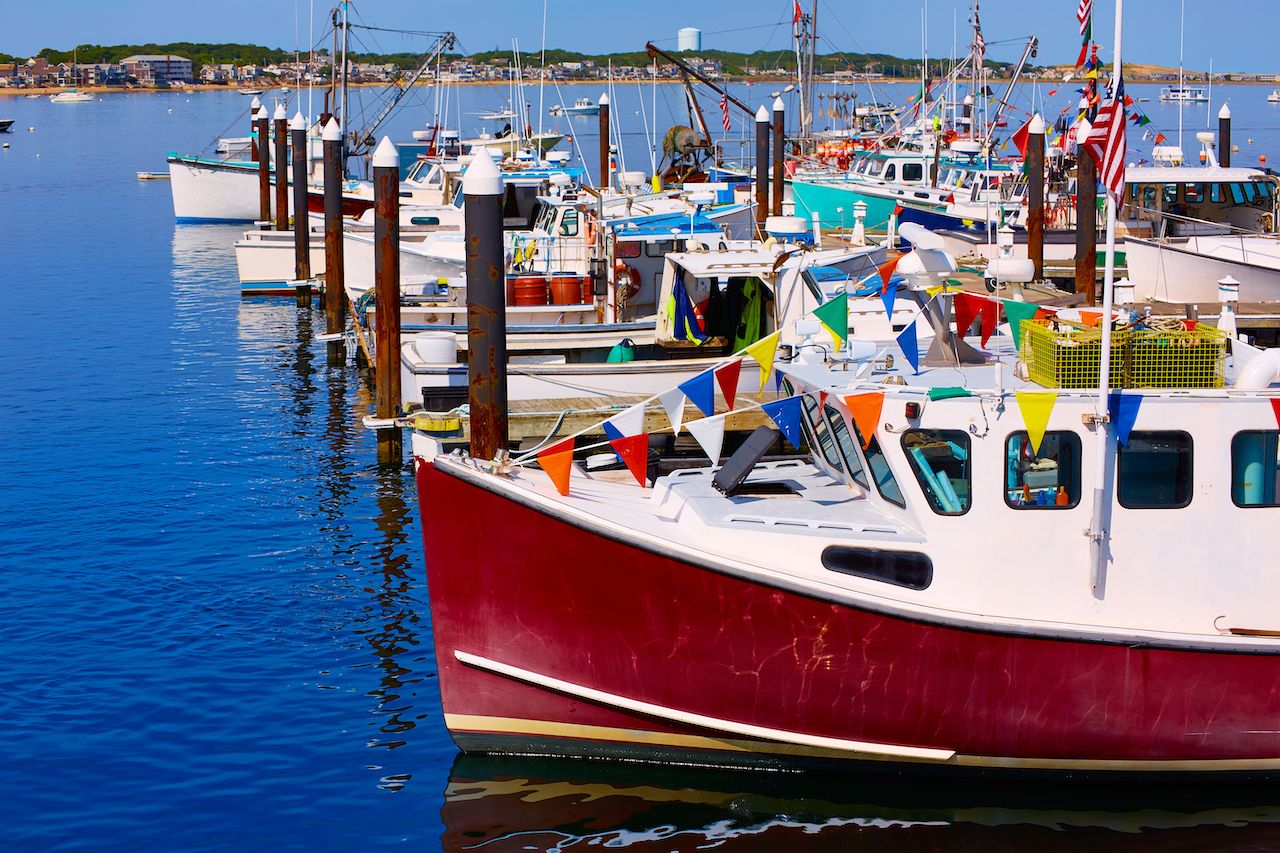 It’s not much of a secret that Cape Cod is one of the top gay travel destinations in the US. Its drag shows, elegant restaurants, and big annual parties have been drawing LGBTQ travelers for years. Situated at the very top of Cape Cod, Provincetown (affectionately referred to as Ptown) is the go-to spot for same-sex honeymooners. It has direct access to the region’s best beaches and plenty of gay-friendly guest houses to choose from, including the Crown Point Historic Inn and Spa, which offers exclusive honeymoon packages. 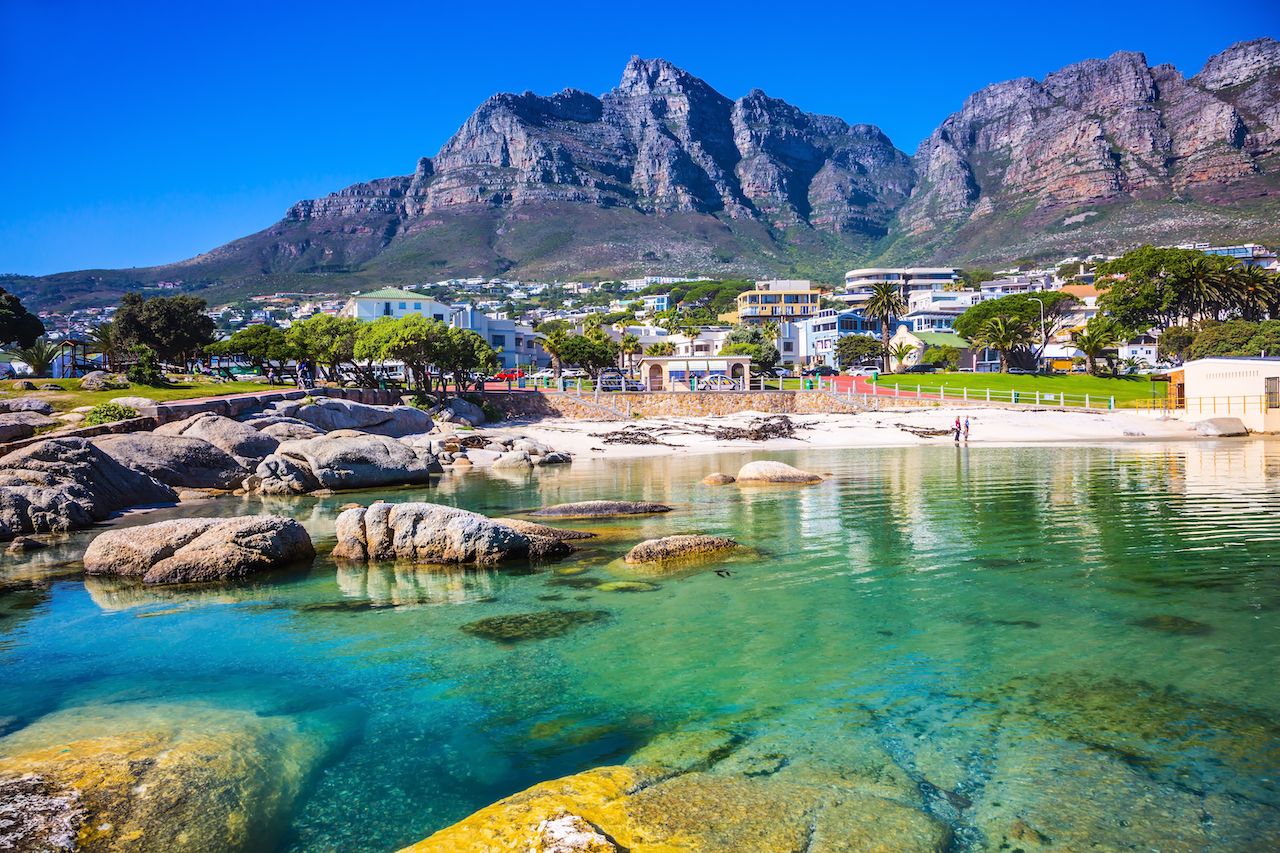 With miles of beaches, a dramatic mountain backdrop, and an openly gay population (same-sex marriage is legal in South Africa), Cape Town is a very accepting place on the African continent. In fact, it’s often referred to as “the second San Francisco.” While there, there’s Table Mountain to explore, as well as vineyards, safari tours, eclectic nightclubs, and a handful of LGBTQ-friendly beaches (Clifton 3rd Beach and Camps Bay are the best in town). There’s an array of friendly accommodation in De Waterkant, home to Cape Town’s LGBTQ quarter. Be sure to check out Manhattan — it’s the city’s oldest gay bar. 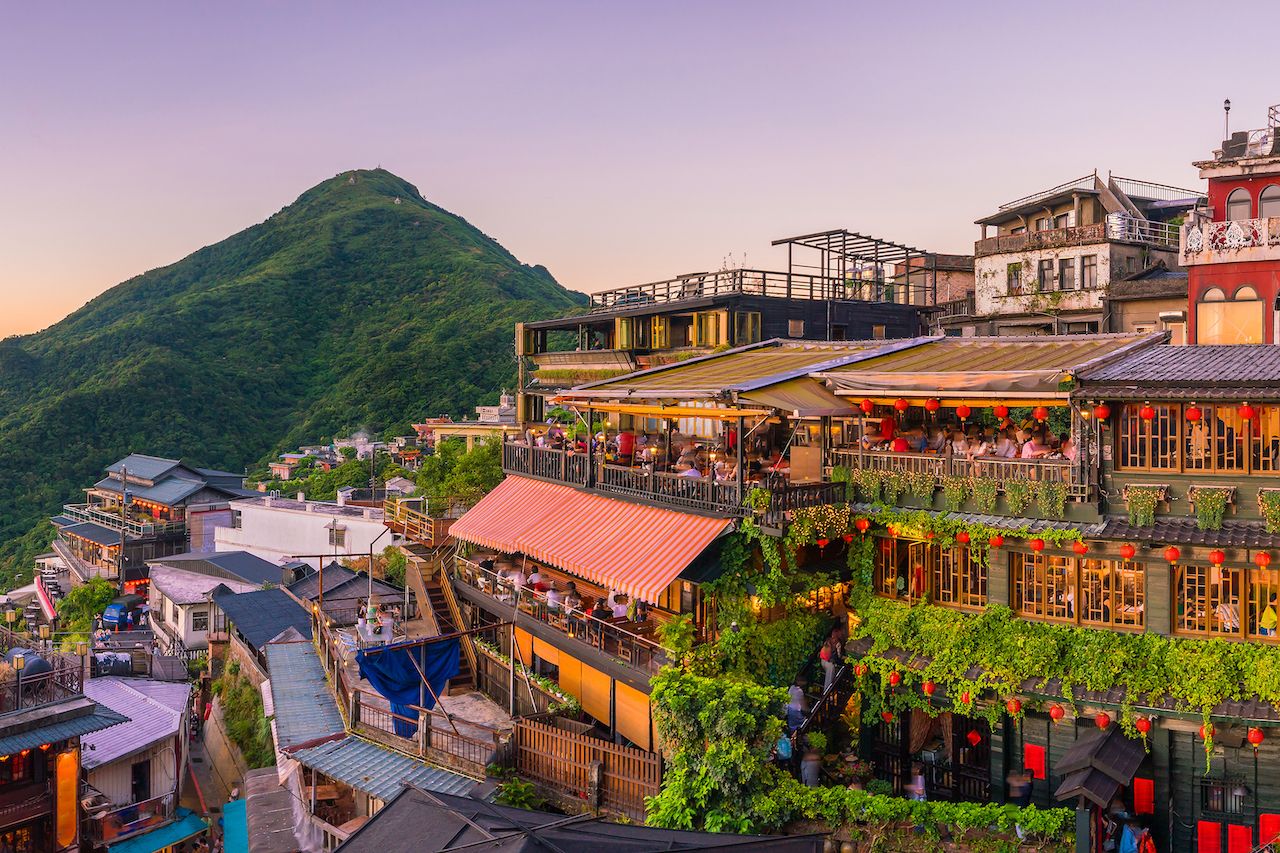 Taiwan made headlines earlier this year when it became the first Asian country to legalize same-sex marriage in May. It remains a rarified haven for LGBTQ travelers in the Far East, with the continent’s largest pride event, a Mr Gay Taiwan pageant, and even a god devoted to homosexual love. The five-star Mandarin Oriental Taipei is a great starting point for exploring the city. From there, visit Longshan Temple and Da’an Forest Park, then re-energize with some freshly cooked street food before heading out to one of the city’s gay clubs — most of which are based around the city’s Ximen Red House complex. For a more low-key experience, the coastline has plenty of surprisingly affordable luxury beach resorts to choose from. 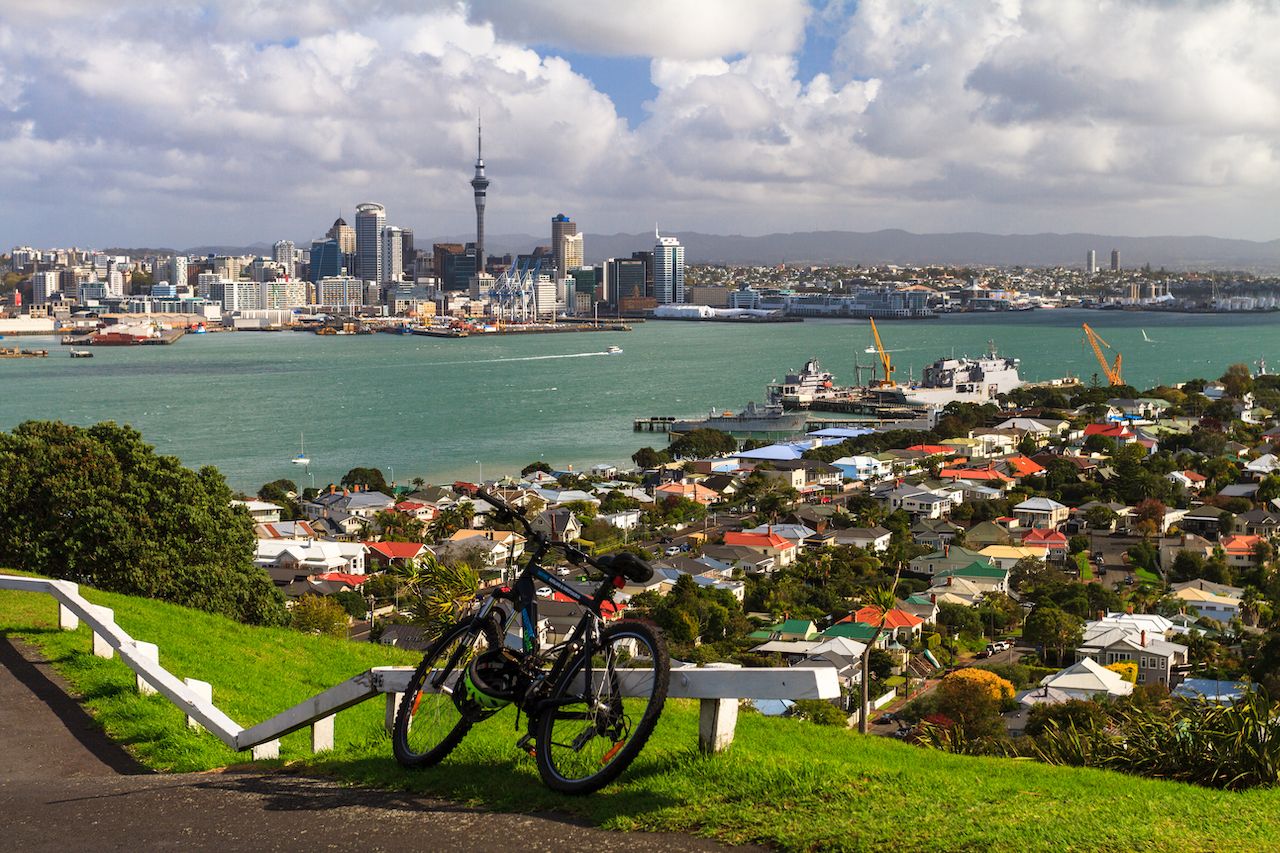 Snow-topped mountains and white sandy beaches sit alongside a small but vibrant gay nightlife in New Zealand, home to one of the most LGBTQ-friendly cities in the world — Auckland. Base yourself here, which hosts the majority of the country’s gay bars and clubs, not to mention plenty of world-class wineries and beaches. Accommodation here is as wildly varying as the landscape itself: Choose from friendly homestays to boutique hotels to luxury lodges. 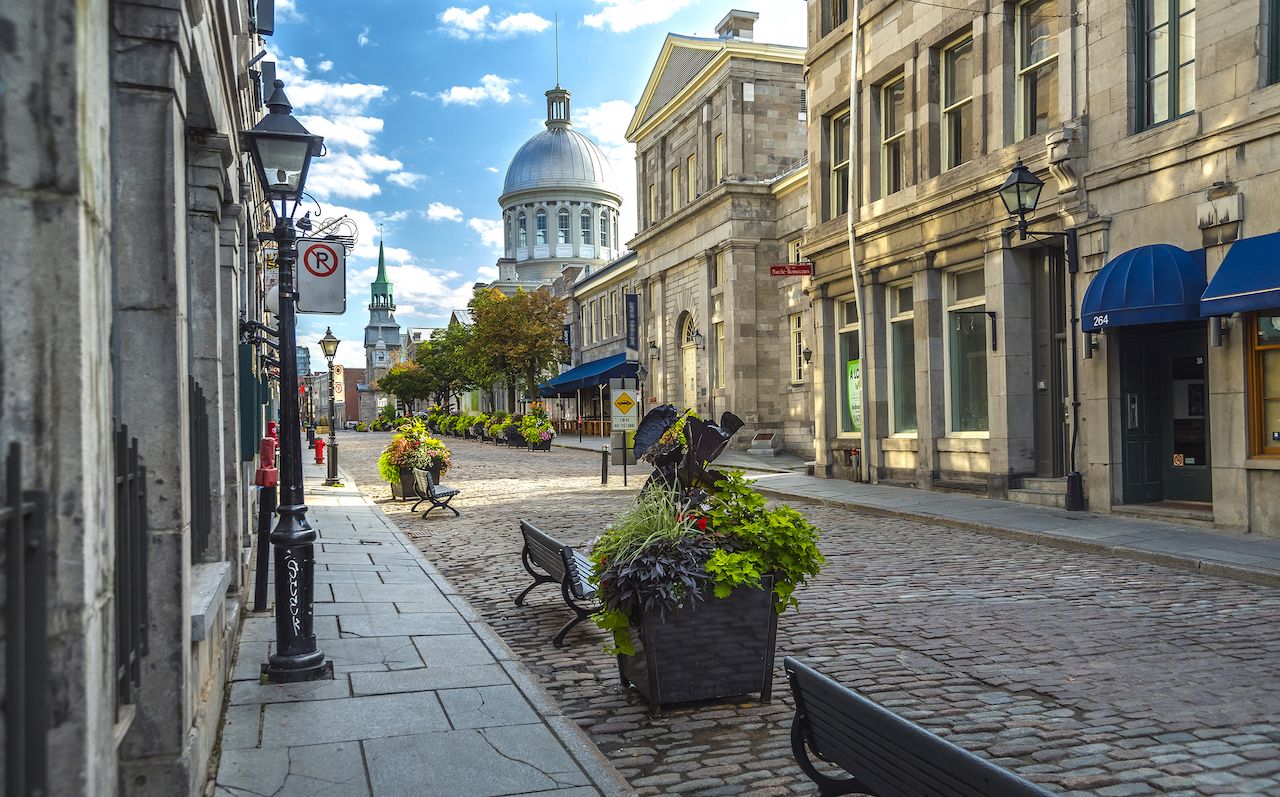 Picking a honeymoon destination is a subjective job, but the Latin America Travel Company decided to rise to the challenge and compiled a list of the world’s top spots for LGBTQ couples. It based its findings on marriage equality, LGBT travel recognition, romantic settings, how popular the country is for honeymoons, how “loved up” the general population feels, and how progressive the people are. And guess which country topped the list? Toronto and Montreal, in Canada, are two of the most welcoming LGBTQ honeymoon spots in the world, and easily doable on a single trip. Split your time equally between the two cities and take day trips to the nearby Montmorency Falls and Îles-de-Boucherville National Park. 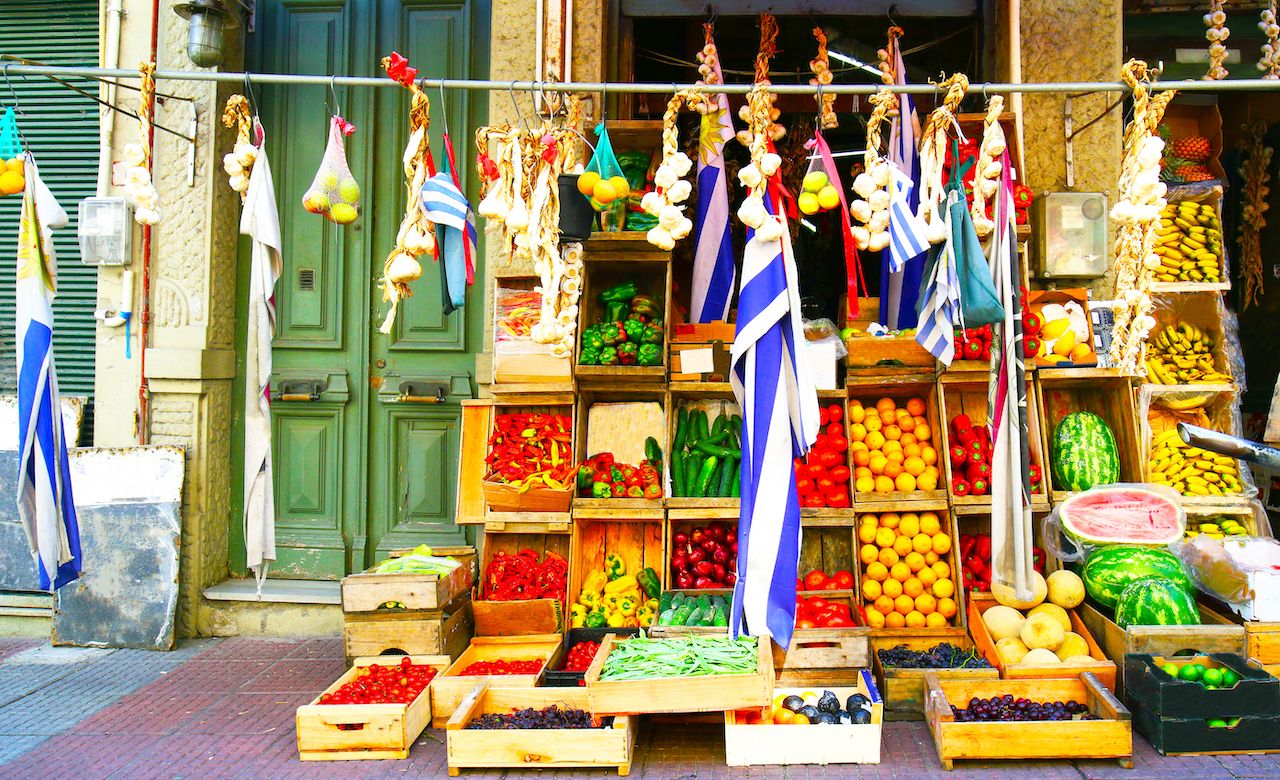 When Uruguay approved same-sex marriage in 2010, it further solidified itself as a go-to destination for adventure-loving LGBTQ couples looking for off-the-beaten-track experiences. The country’s cosmopolitan capital makes a great starting point for exploring the nearby sites. Book a room in the gay-owned Casa Sarandi guest house and visit the historic old town and nearby Pocitos Beach before hopping in the car for a road trip up the Atlantic Coast. For something quieter away from the capital, spend a night or two at Colonia del Sacramento, a lovely fishing village that’s a two-hour drive away by car. Or if you’re looking for something more luxurious, book one of Playa Vik‘s sleek beachside villas. 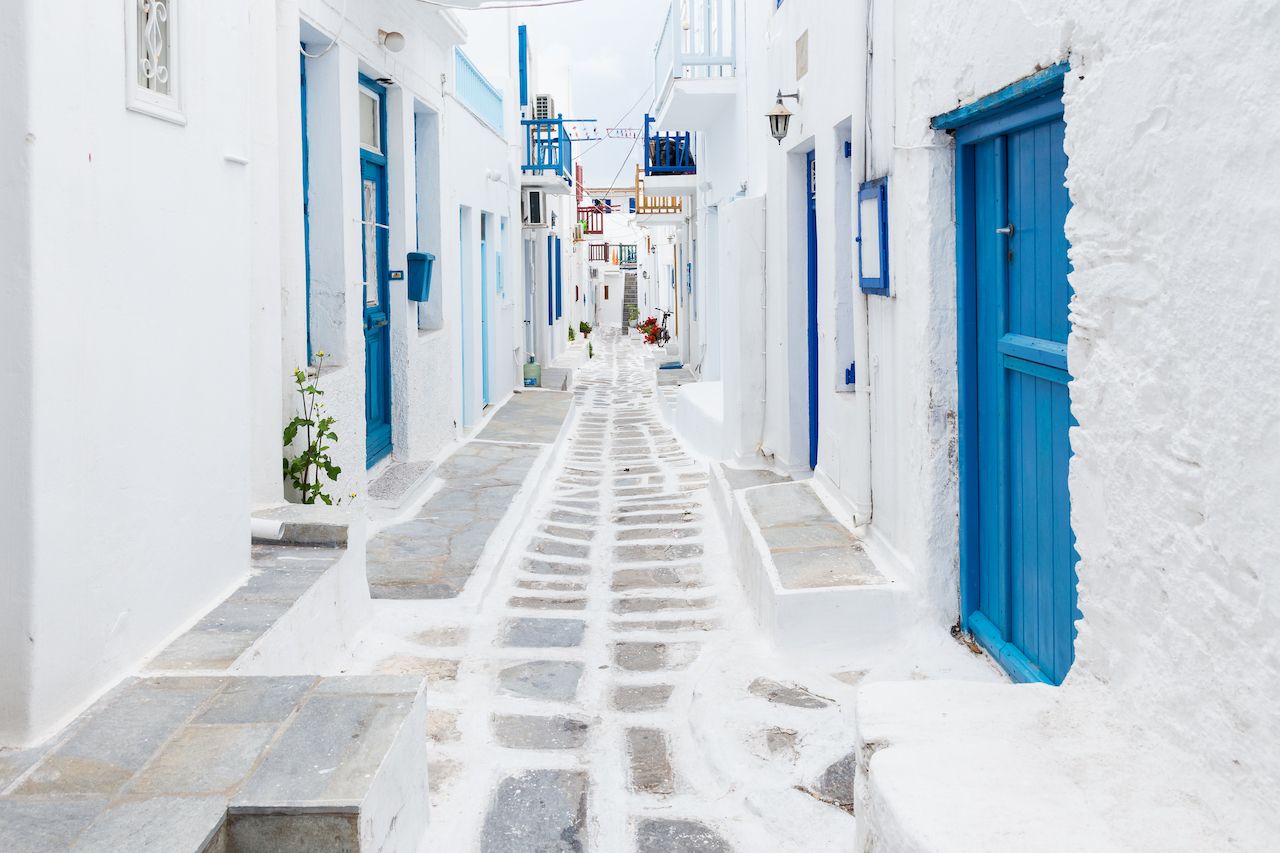 To explore some of Europe’s best beaches and then spend the night partying hard Ibiza-style, Mykonos is your spot. Not only is the island easily accessible from Athens (it’s a three-to-five hour ferry ride), it also has one of the country’s biggest LGBTQ scenes, with a plethora of gay-friendly beaches to relax on during the day and pumping clubs to explore once the sun goes down. Super Paradise is a golden stretch of sand popular with heterosexual and gay sunbathers alike, and the glamorous Elia Beach on the south coast has its own gay nude section. While activists in Greece are still fighting for same-sex marriage, it remains one of the most LGBTQ-friendly destinations in Europe.

LGBTQ Travel15 of the Best Destinations for LGBTQ Weddings
Tagged
LGBTQ Travel Romance Insider Guides
What did you think of this story?
Meh
Good
Awesome