To perform at peak ability, athletes need enough protein, B vitamins, iron, and zinc. Meat and meat-based proteins have long been the staple for hard-working outdoor athletes looking to optimize their diet for performance. But for a host of reasons, top-tier outdoor athletes are giving up on meat — and still getting the nutrition they need to perform.

The plant-based movement — fueled largely by concern about the environmental impact and ethical implications of factory farming and other large-scale meat production techniques — is also attracting outdoor athletes of all stripes. Whether or not they share the eco concerns, these athletes are paying attention to the growing body of scientific research linking diets high in fatty red meats to heart disease and other health conditions. A study of elite female runners by PubMed found that 40 percent had cut red meat out of their diets.

These world-class athletes are finding other non-meat sources for the nutrition they need to perform at the highest levels. For the recreational outdoor athlete, there’s a lot to learn and gain from this. Even though we may never be competing in an Ironman or cycling the length of the United States, cutting back on meat intake without sacrificing performance (or delicious meals) is still a viable way forward for athletic pursuits as well as ethical ones.

So, how do outdoor athletes get their protein? Matador Network spoke with Tyler Pearce, better known in the outdoors community as The Vegan Cyclist, to learn more. Turns out, there’s no shortage of options.

Optimizing your diet and training for strenuous outdoors exercise 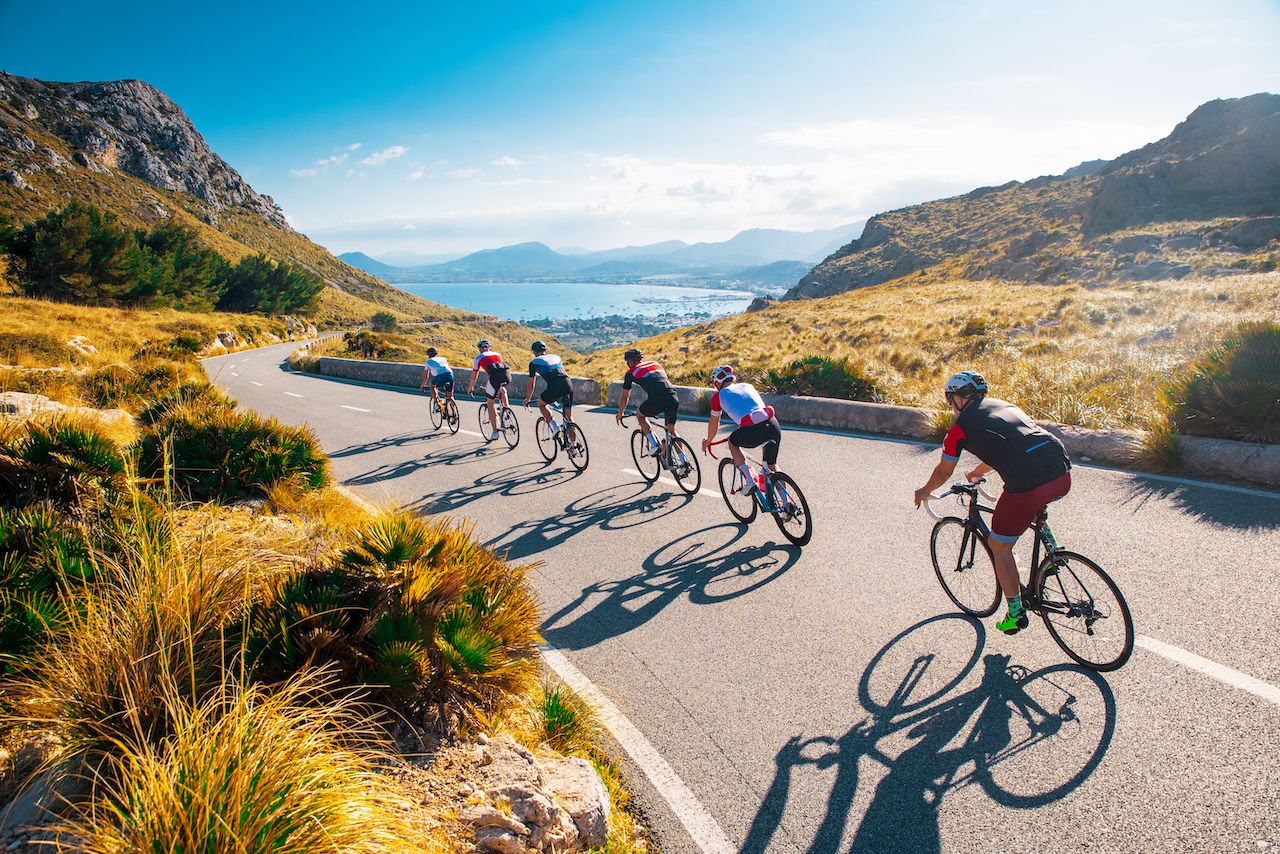 Pearce lives with his family in the Sierra Nevada mountains of California. He’s quite renowned in the cycling world — he regularly completes long-distance rides and races, offers training and trip planning tips via his popular YouTube channel, and along with cyclist Jeremiah Bishop completed the first cycling expedition up the gravel road on Hawaii’s Mauna Kea, which he documented via film in a video called “The Impossible Climb.”

Pearce also did an “off the couch” Ironman with no training — and no meat, the ultimate slap in the face to the steak-or-die argument.

The power for all of this comes from careful consideration of what Pearce puts into his body. “I try to make sure that it’s real food,” he says, citing fresh veggies, simple carbohydrates, and natural proteins as his go-to rather than highly-processed foods, even if they’re vegetarian. “Just by eating something vegan doesn’t mean it’s healthy. With processed foods, the more you can stay away from it, the better.”

For a crispy treat that won’t negatively impact his ability to perform on the bike, he likes deep-fried Brussel sprouts with nutritional yeast. Pearce does encourage athletes to beware of certain protein shakes, however.

“A lot of protein shakes, like a pea protein or a soy protein, the bioavailability of that protein is not great,” he says. What this means is that though a quarter-cup of soy protein powder contains 17 grams of protein, the body may not actually absorb all of that protein. Whether you opt for a plant-based protein or a meat-based option, the most important thing to consider is how well, and how quickly, the body is going to benefit from that protein. 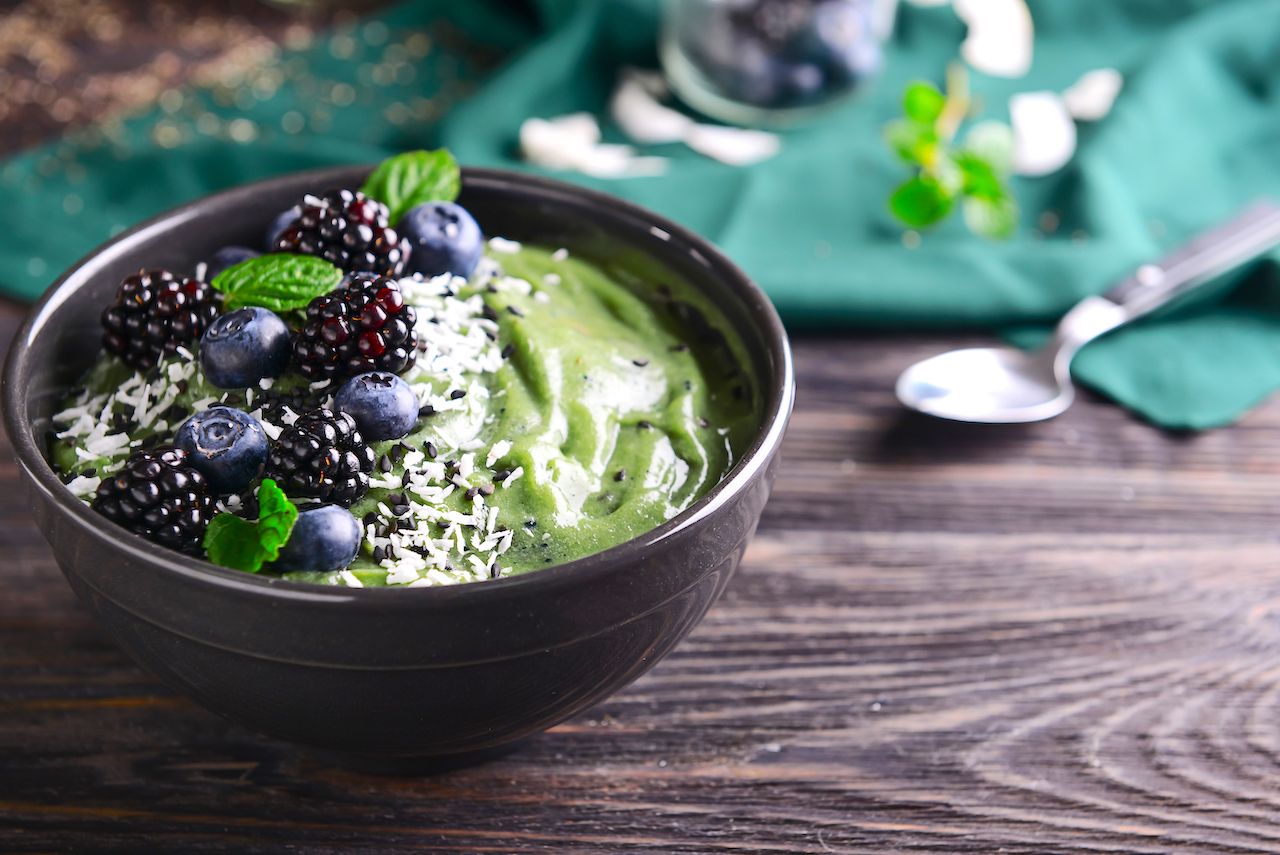 Instead, Pearce prefers fresh spirulina, which has a very high absorption rate in addition to iron, Vitamin B12. “I’ll throw three pods into [a shake], so it’s nine grams of protein just on the spirulina front.”

He’s also a fan of hemp protein powder. When training hard, Pearce will have a Kyoku shake every day, a brand specifically designed for long-distance cyclists and endurance athletes who need to repair tissue and energy while minimizing inflammation.

At home, Pearce eats an avocado or two per day. “Almost everything I eat has avocados on it,” he says. This provides healthy fats. He also cooks in coconut oil, also rich in fatty acids, as much as possible. He adds hemp seeds and pumpkin seeds to meals, along with a lot of nuts — particularly pistachios.

Because the protein content can be less than with certain meats, he says, “Sometimes you just gotta eat a little more volume.” 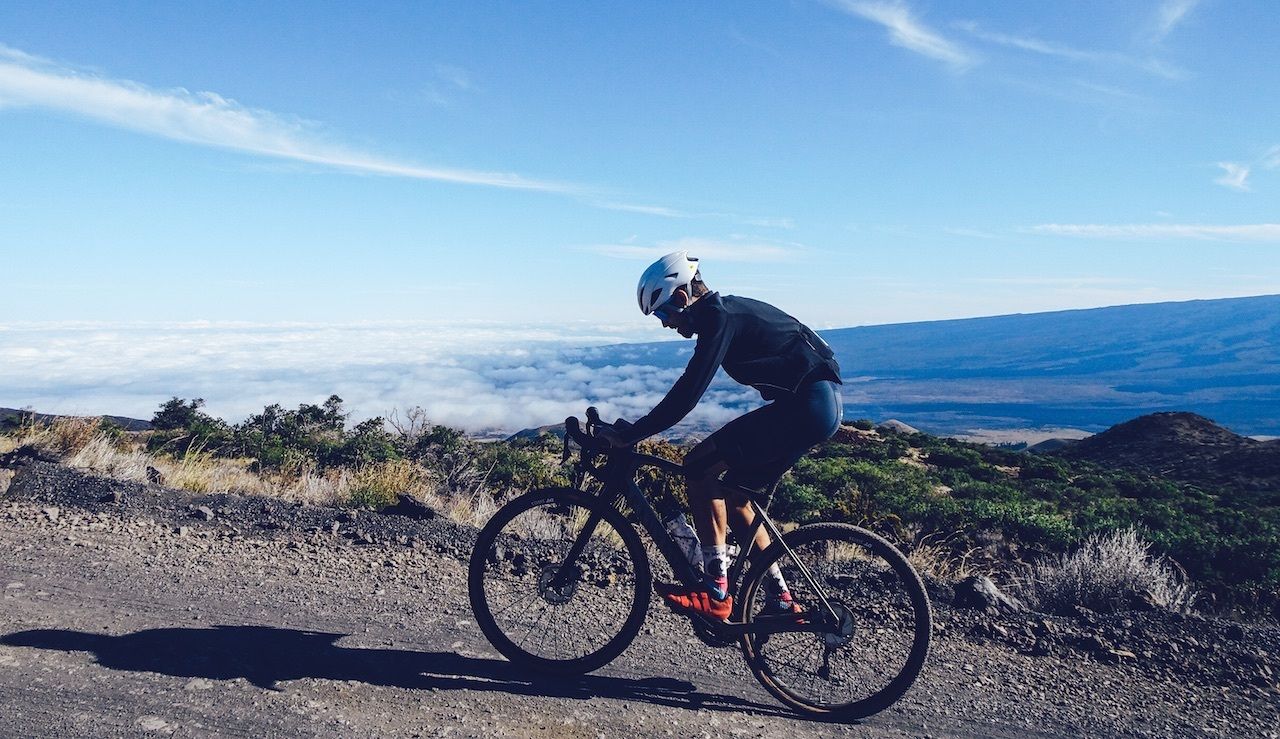 “What I eat on the bike and off the bike is wildly different,” Pearce says. “I don’t think a lot of people even know how much protein they’re supposed to be getting in the day. They’ve only been taught that [it happens] through a slab of steak.”

Pearce points to the importance of not overloading protein. Consuming high-quality proteins on long rides — think full-day trips or excursions with significant uphill climbing stretched out over several hours — helps with recovery because the body can only process so much protein at a time. Thus, consuming protein intermittently is better than finishing a long ride and eating a meal with 50 grams of protein with a shake on the side.

Pearce brings Beta Fuel, a powder that helps the body optimize carbohydrate absorption, with him when bikepacking and on long-haul rides. He won an ultra race with no solid food but plenty of slow-burning carbs like Beta Fuel. He’s also a fan of nut butter packs and other high-calorie, high-fat foods that are easy to store.

“Pairing sugar with salt and fat, like peanut butter, nuts, anything with good fats in it, will help you recover for the next day.”

For shorter rides of up to a few hours, the emphasis should be on simple carbohydrates, not proteins. If you need to eat to stay fueled on a shorter ride, consume simple carbs to consume glycogen storage.

Post-ride meals for the win 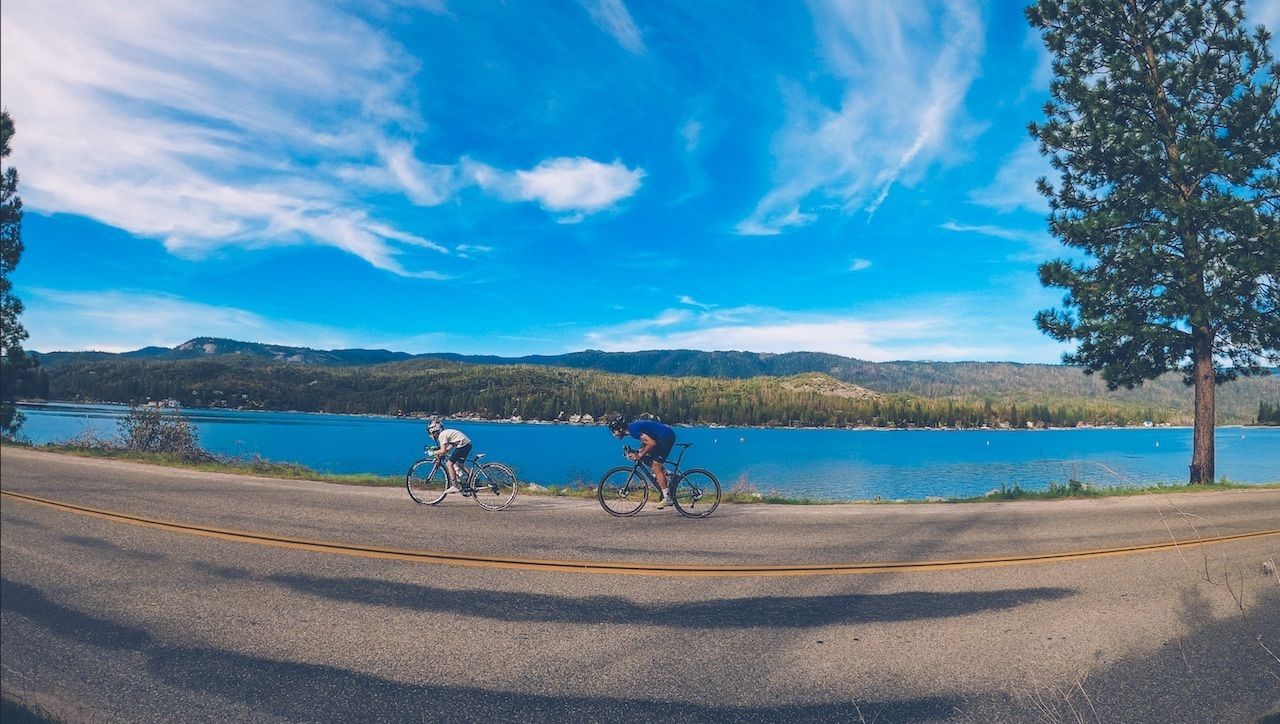 Whether you’re cycling, climbing, skiing, or doing any other strenuous outdoor activity, it’s natural to be hungry afterward. What you put into your body after working out is known as the “recovery” meal, and it’s just as important as what you eat before and during your activity.

“I try to plan my ride so that I go straight into dinner,” Peace says. By this, he means that, rather than finishing a ride and scarfing down a bunch of quick fillers to satiate a growling stomach, he prefers to lead into a full meal. He tries to end his ride an hour before a proper dinner.

What’s in that dinner? Broccoli, cauliflower, asparagus, and often lentils, he notes, saying that he’ll try to work in some garbanzo beans or black beans. And, lots of rice.

The Kyoku shake with homemade nut milk is his go-to after a ride if dinner is still a few hours away.

Making the move to a mostly (or fully) plant-based diet 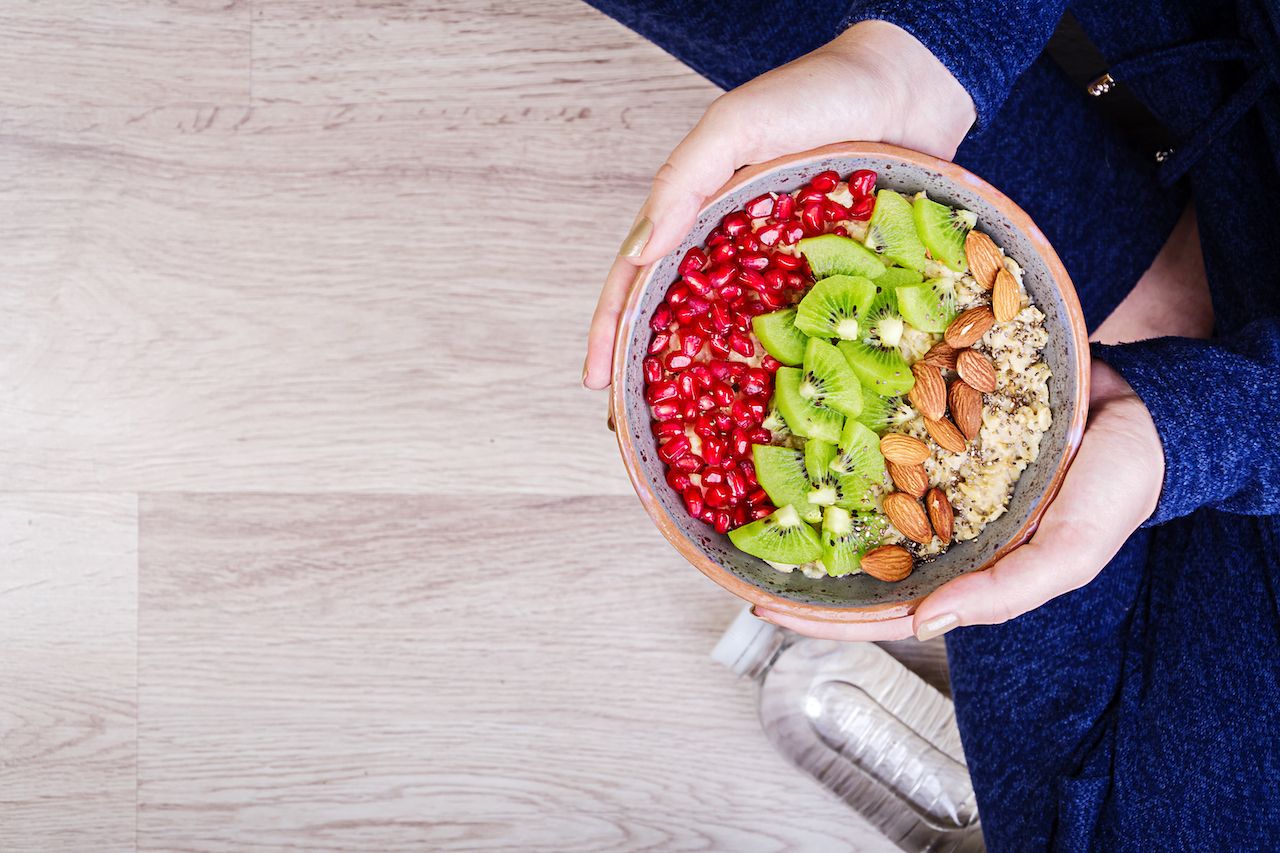 Of course, moving to a plant-based diet requires more than a simple flip of the switch. Pearce isn’t one to condemn meat-eaters, calling himself a former “Meat Bro” who’d regularly order extra bacon on his burgers. Instead, he offers advice for those looking to move to a healthier lifestyle.

Pearce has been vegan for eight years. “It was a lean-in process before that,” he says. “I went from eating fast food and hardcore meat to being vegan. It’s not like I didn’t like meat, I just wanted to be a little healthier, and when you make healthier choices you feel better.”

“Steamed broccoli by itself sucks ass,” he says. “If you go from hardcore meat and cheese to eating nothing but tofu salad, that’s going to be torture. You gotta build into it. When I first went vegan I was high carb, low fat. So I was eating constantly — like every 20 minutes I’d have to eat. The furnace would burn hot and not long. So after two or three years of that, I was like, I don’t want to have to plan my day around food.” 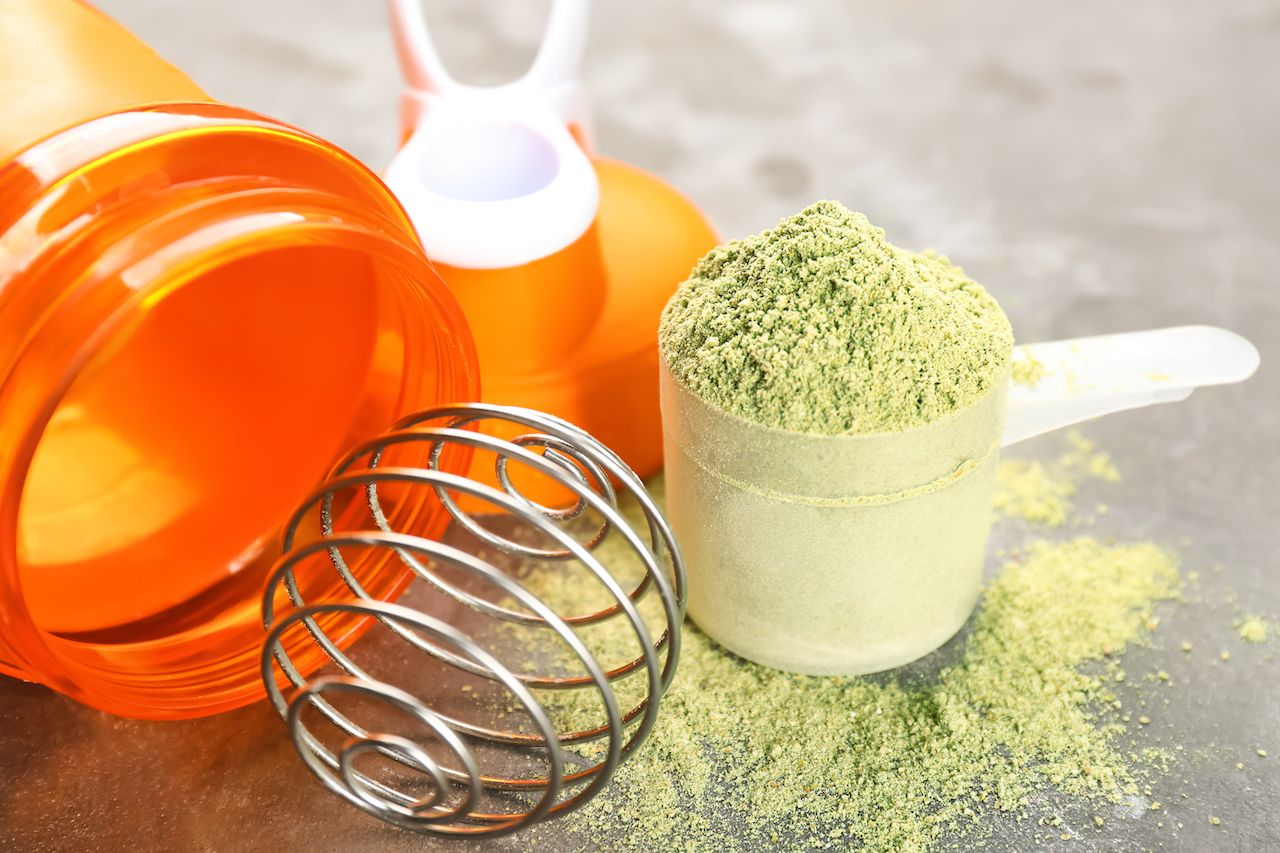 Pearce started incorporating more fats into his diet. He also worked toward following a stricter eating schedule in order to be able to both train as he needed to and get through the day without constantly eating. A noticeable step happened when Pearce noticed his gut biome change. This signaled a growing tolerance of his dietary changes and gave him confidence that he’d be able to maintain an active, healthy lifestyle.

“Intermittent fasting has also been really big for me,” Pearce says, something he has been doing for about four years and has found very sustainable.

Above all, Pearce says the best way for outdoor athletes to use their diet to their advantage is to simply take charge of what they’re putting into their body. That way, they’ll gain a better understanding of what’s going into it. This, in turn, will help them perform better — whatever their activity may be. He follows a simple mantra: Eat whatever you want, just cook it yourself.

“That premise is what changed my life and my whole family’s life,” Pearce says. “You want a bacon cheeseburger? Go to the store and get everything and make it.”

Hopefully, you end up with a healthier option simply because it’s easier to cook.

Wellness9 Crazy Sports Drinks Around the World
Tagged
Outdoor Vegetarian Wellness
What did you think of this story?
Meh
Good
Awesome