Well before Gatorade became a household brand, athletes the world over consumed sports drinks during training and competitions. People who enjoy sport have long looked to liquids to rehydrate, replenish lost energy, and build up muscle. From raw eggs to beer, cultures from the world over have some unusual ways to hydrate during sport. 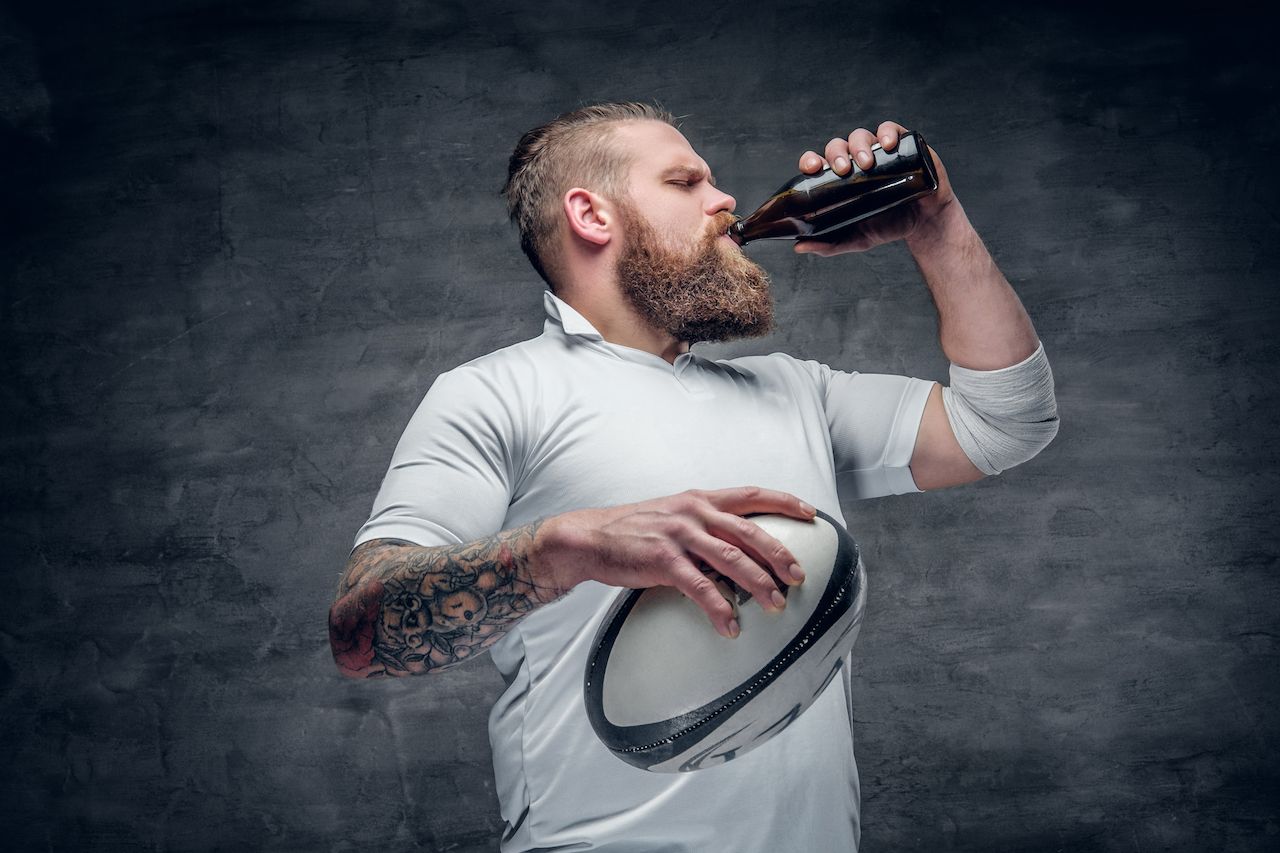 This is the sports drinks of Germany, especially at the most elite levels of sport. Would you expect anything less from the home of Oktoberfest? A German brewery-financed study found that distance runners who drink non-alcoholic beer recover faster, thanks to phenols that reduce inflammation and guard against illness.

During the 2018 Winter Olympics in Pyeongchang, Kombacher brewery supplied Athlete’s Village with nearly 1000 gallons of non-alcoholic beer. Most of Germany’s winter athletes guzzled tons of the stuff, and helped their country tie for first place in the gold medal haul. Pröst! 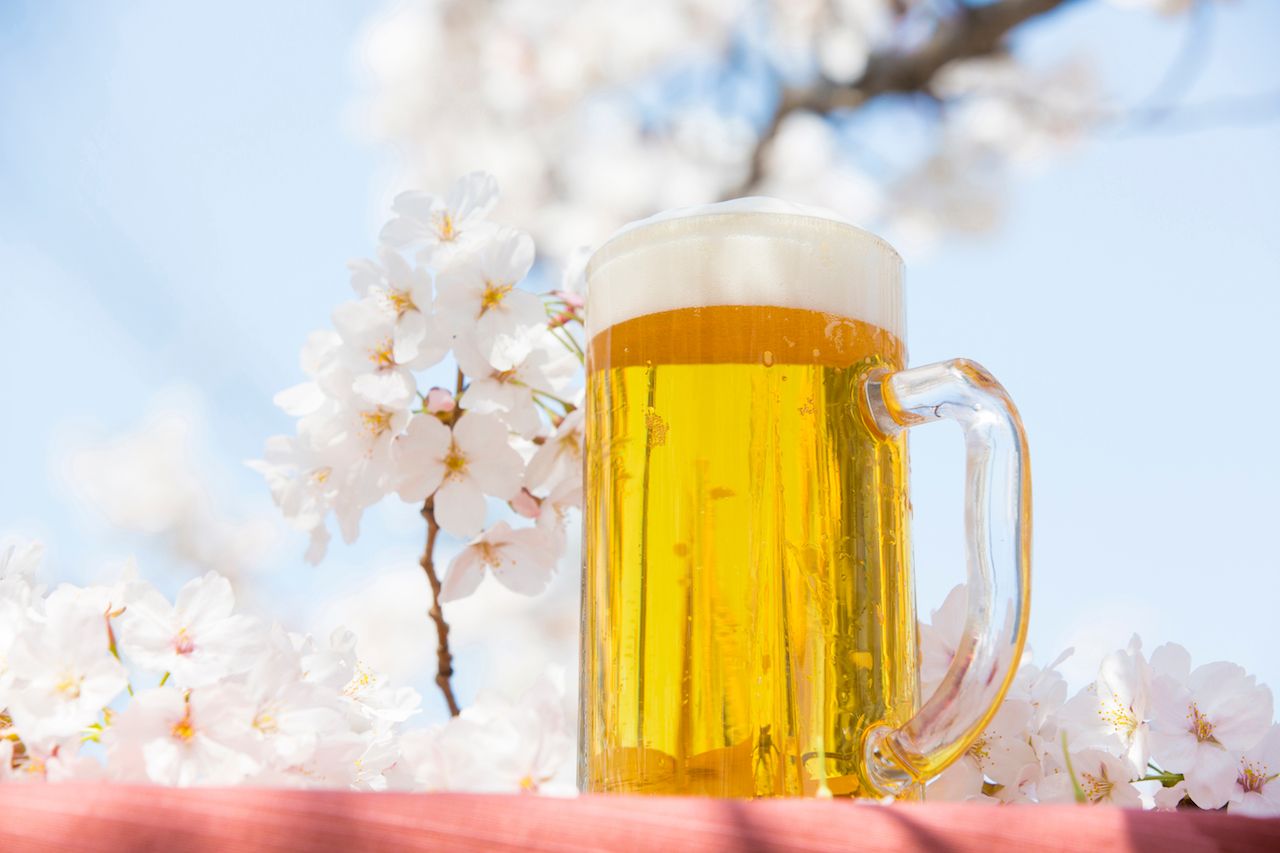 In Japan, sumo practitioners need to consume up to 8,000 calories a day to maintain their portly pounds. When you drink beer with a meal, and it’s a big meal, your body gets all the energy it needs from the alcohol. It stores the calories from the rest of the meal, perfect for the rotund wrestlers, who reportedly love drinking beer. 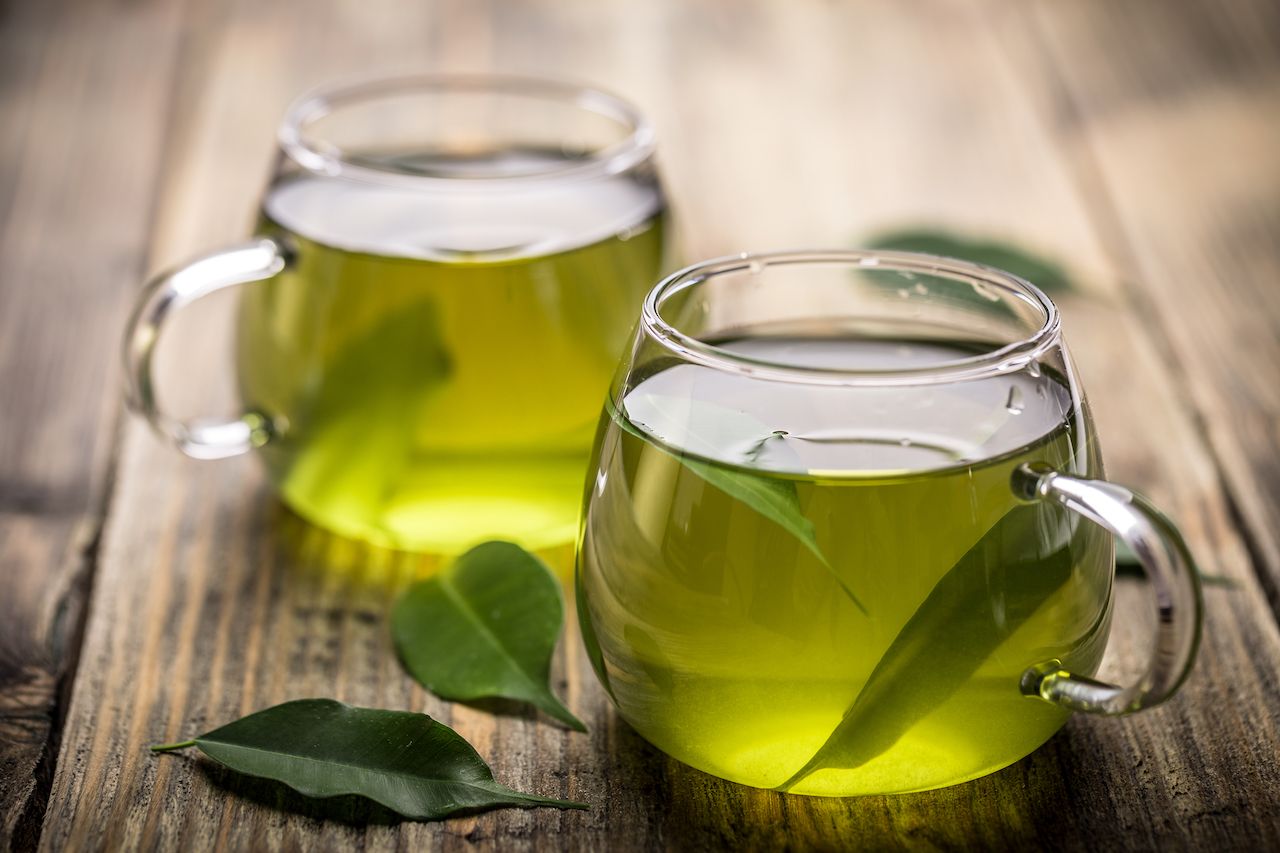 Unlike sumo wrestlers, most Japanese athletes aren’t training on a 300-plus-pound frame. For them, green tea is the ultimate sports drink. Japanese have been drinking green tea for over a thousand years, crediting it as a health drink partly responsible for their long life expectancy.

Better yet, Japanese researchers found that the drink can help athletes boost their endurance by up to 24 percent, since green tea extract helps the body use its fat stores more efficiently. Add to that a nice energy boost from caffeine, and you’ve got the perfect sports elixir.

4. Black tea, with lots of milk and sugar 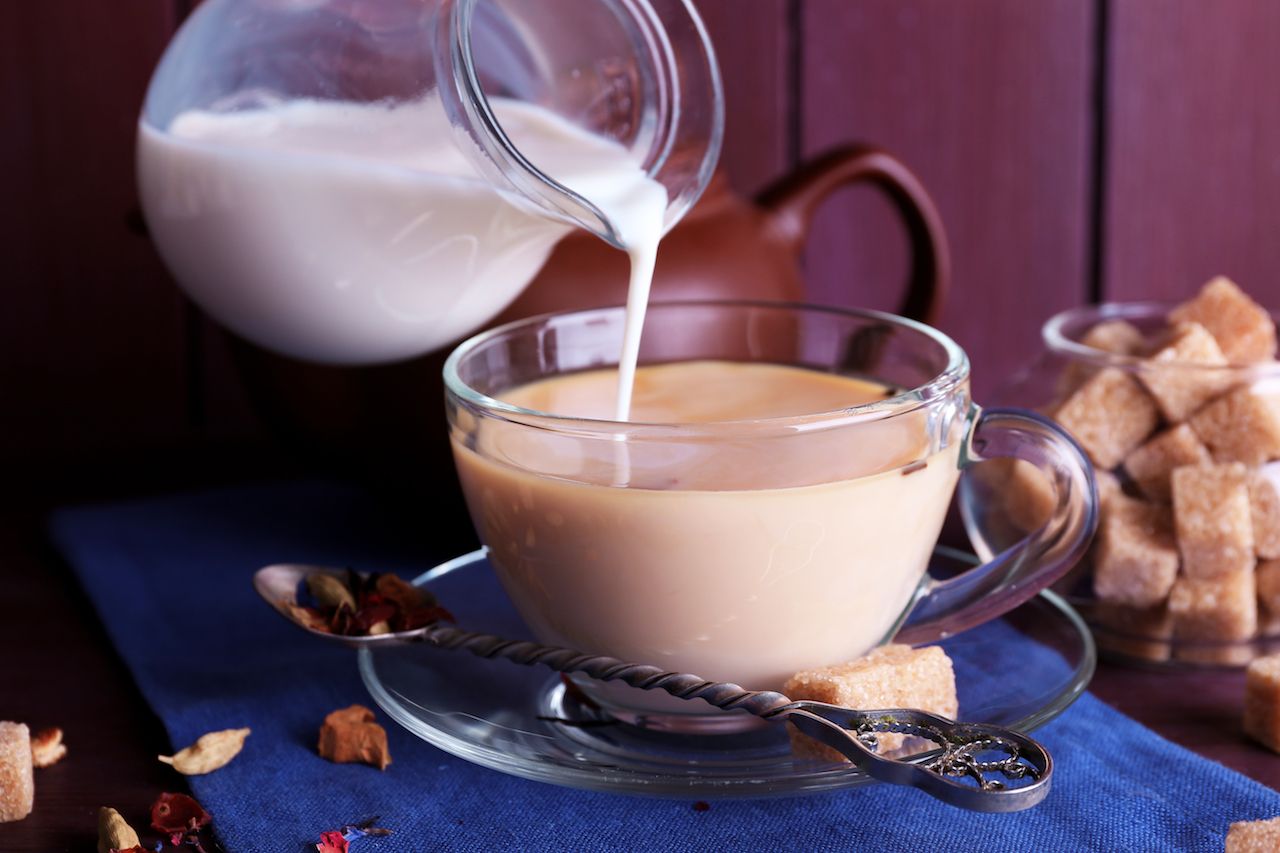 Kenya’s days as a British colony ended over a half-century ago, but some British habits remain — including a love of black tea with milk and sugar. Kenya’s distance runners, consistently among the top-ranked marathoners in the world, drink more tea than water, and they don’t skimp on the sugar.

In fact, Kenyan runners love their tea so sweet, and eat so much fruit, that 20 percent of their daily calories come from sugar. Coupled with the caffeine in black tea, it’s no wonder that on a typical day the country’s top runners have the energy to run 15 miles in the morning and another five in the afternoon. 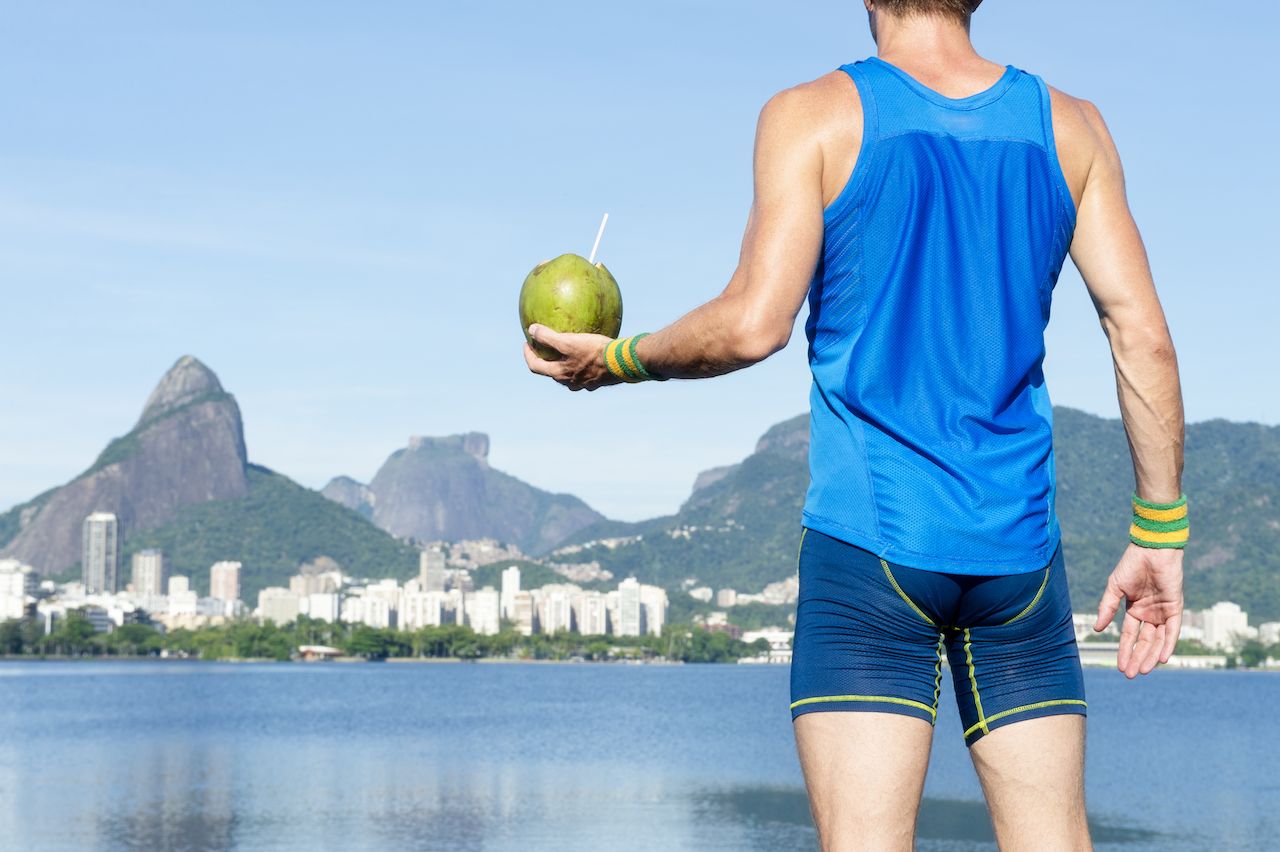 Brazil is blessed with over 2 million square miles of rainforest, so its athletes don’t need neon-colored liquids bottled in a factory. They can pick “nature’s sports drink” straight off the tree. Then, after climbing the palm tree and securing the coconut, they need a machete to hack it open.

More likely, if they’re running along the beach in Rio de Janiero, they can buy a coconut from a vendor, who’ll chop it open and put in a straw to slurp up the “agua de coco,” or coconut water, inside. It’s packed with potassium, magnesium, and electrolytes, and has a lot less sugar than that bottled stuff.

After that, Brazilian athletes go home and slurp down some açai juice, which is full of antioxidants that help in post-workout recovery.

6. Root beer with a raw egg

In the Philippines, Sarsi is a popular root beer soda named for one of its ingredients, sarsaparilla. Sarsaparilla is thought to have medicinal properties, and bodybuilders have used it to bulk up, believing (falsely, apparently) that it contains chemicals similar to anabolic steroids. Drop a protein-rich raw egg into a glass of Sarsi and stir, and you’ll have a big bubbly glass of brown liquid, which Filipino bodybuilders used to swear by. With concerns of salmonella, the longtime favorite is not as widely drunk anymore. 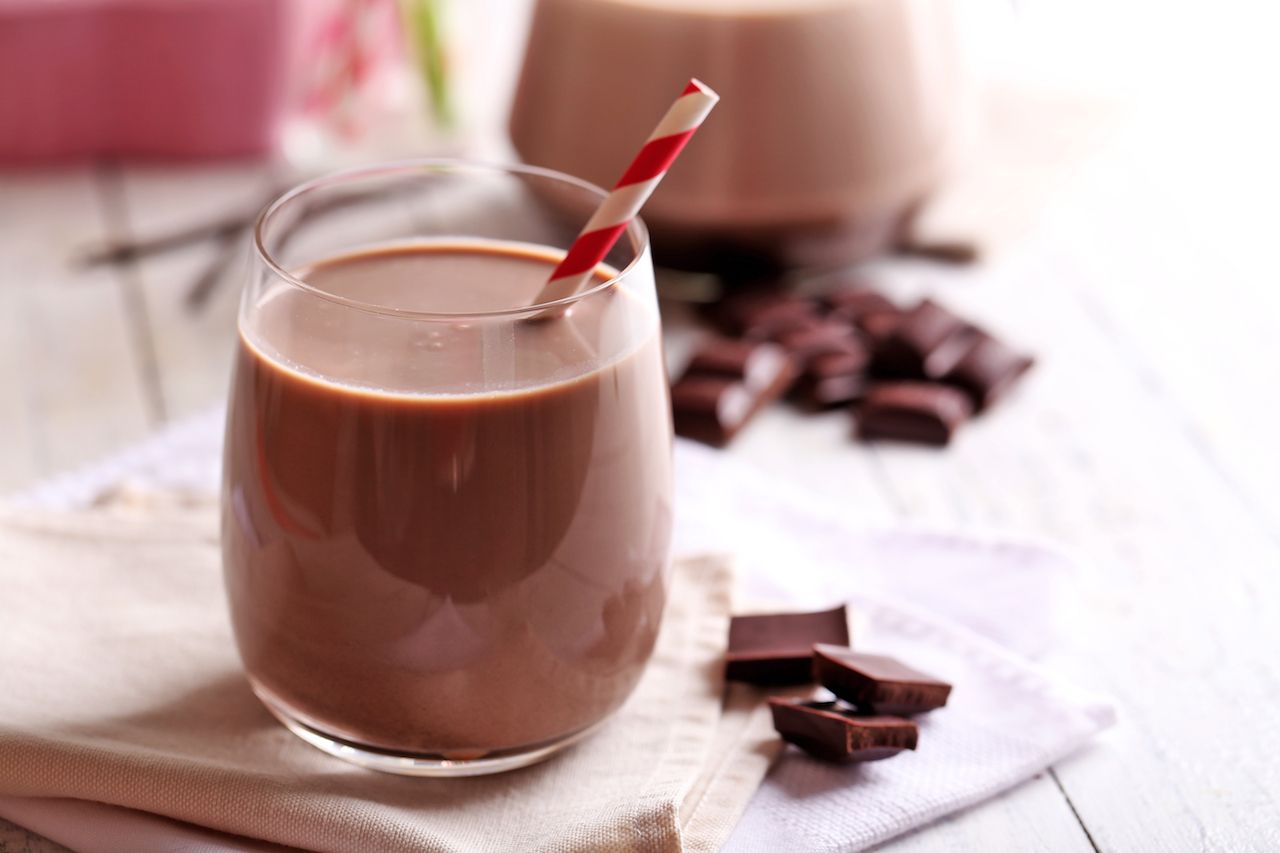 Ask any endurance athlete in North America about their number one post-workout beverage and they are likely to tell you chocolate milk. Chocolate milk replenishes lost fluids, while providing carbohydrates to help muscles recover. Add a little sugar for energy, calcium, and even the antioxidant properties of chocolate, and you’ve got a perfect sports elixir. In fact, chocolate milk has been named the official sports drink of some US Olympic teams 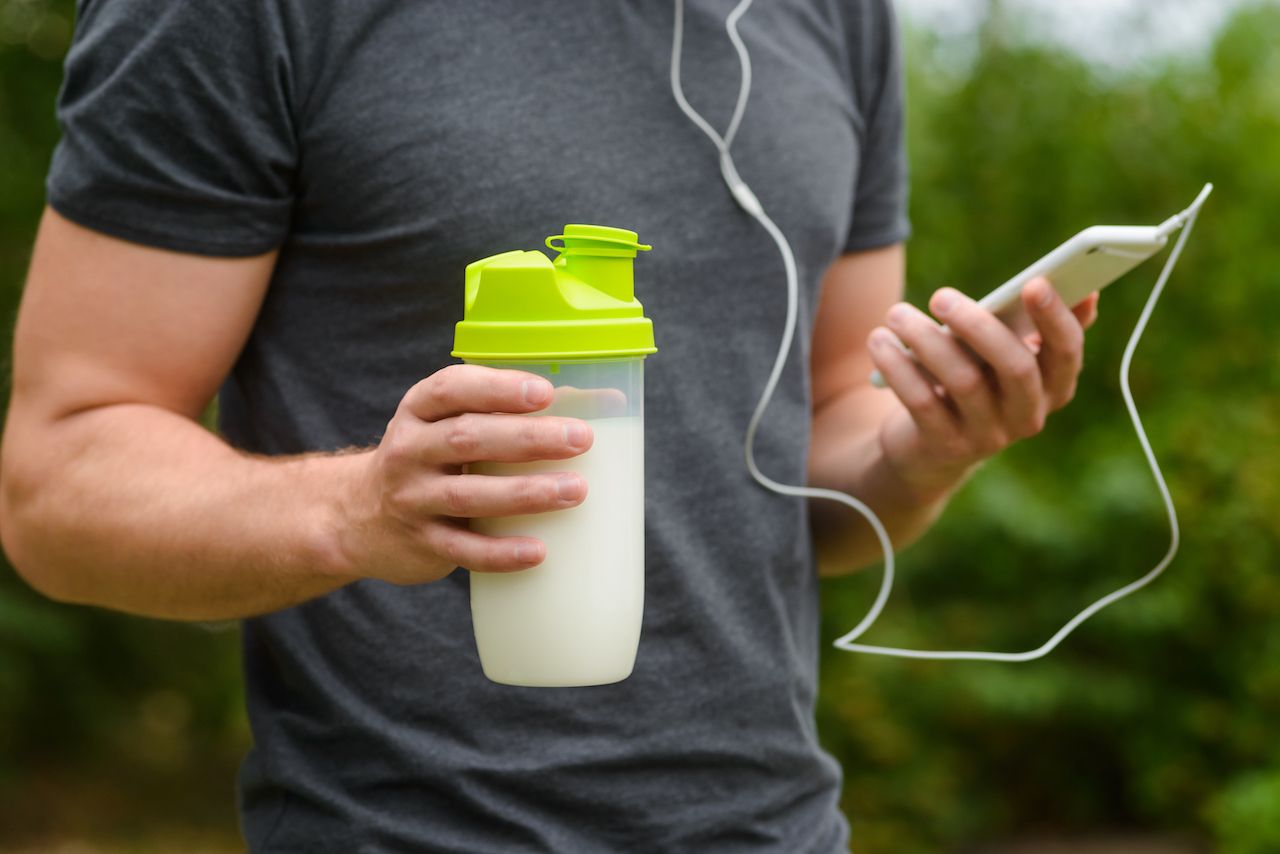 Athletes concerned about the high sugar content in chocolate milk might opt for plain old milk as the best recovery drink. Milk has long been considered the number one beverage for athletes in Sweden and Finland. Famous Finnish rally car driver Ari Vatanen used to drink milk instead of champagne after he won races. 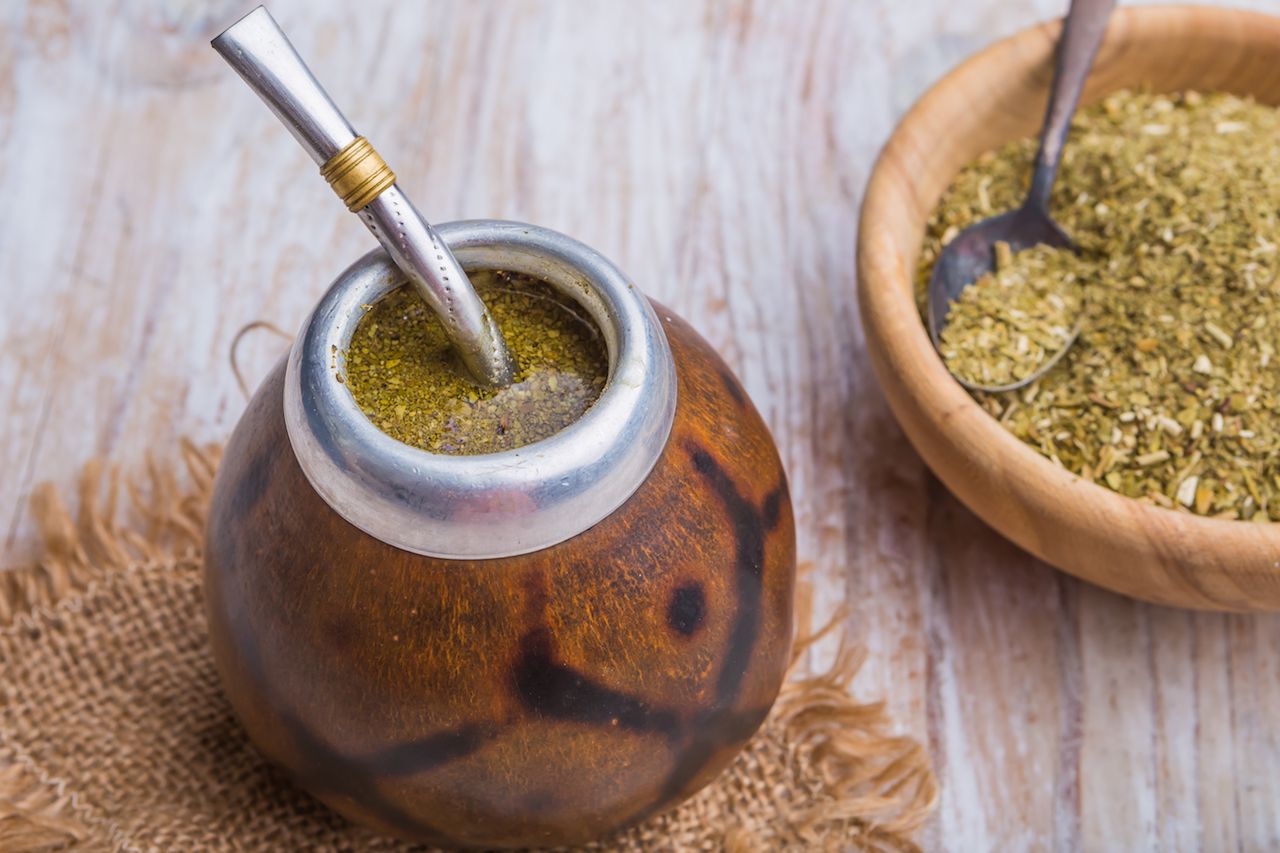 Walk the streets of Uruguay, and you’ll pass by locals with a thermos of hot water tucked under their arm, and a dried gourd filled with yerba mate leaves in their hand. They pour the hot water into the gourd and sip the caffeine-packed tea through a metal, sieve-like straw. Argentines have almost the same level of mate addiction, a top soccer players from both countries continue to drink mate even when playing for top-tier club teams overseas. It’s high in vitamins and antioxidants, and players say it relaxes them before their matches. Plus, with all that caffeine, yerba mate gives them the energy for 90 minutes of grueling play.

4 unusual sports and why they need to be in the Olympics
Tagged
Wellness
What did you think of this story?
Meh
Good
Awesome