Dia de los Muertos, or Day of the Dead, is a time to celebrate those who have passed. Meals are shared, sugar skulls are decorated, graves are visited, and drinks are poured. Different regions of Central and South America observe the holiday, which lands on November 1 and 2, in different ways. A recently revamped tequila called KAH honors the traditions in Bolivia, Peru, and Nicaragua.

“Kah” is Mayan for life. It’s made in the town of Tequila from agaves that grow in both the Highlands and Lowlands region of Jalisco, Mexico. The painted ceramic bottles are different for every expression: the blanco is a white bottle that draws from Bolivian traditions, the reposado in an orange bottle to honor Peruvian traditions, and a black añejo bottle in reference to Nicaraguan traditions.

One thing the bottle designs have in common: Each has art that’s representative of the respective country’s traditions around death. 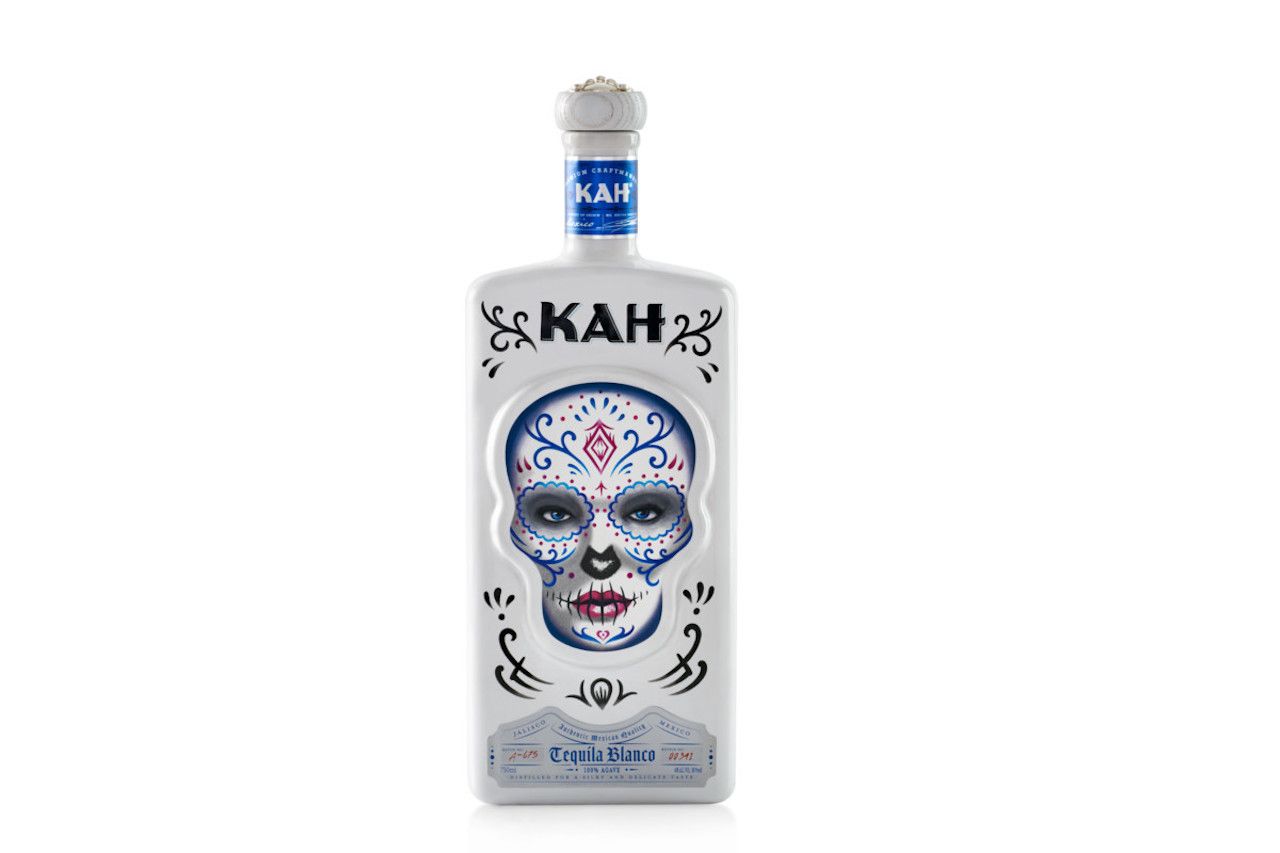 In Bolivia, coca leaves, llama meat, and chicha (a fermented corn drink) are all left at altars on Day of the Dead. Cemeteries are filled with music from a type of flute called the pinkullus. In some households, the food and flowers is put under the table to represent the underworld (Uma Pacha); the base of the alter gets coca leaves, chicha, and fruit to represent the lowlands; the table represents the highlands with beer and other snacks; and a sugarcane cross represents the heavens.

It’s a week later that skulls are especially important to Bolivian traditions. On November 8, people bring out ñatitas, which are decorated and carefully preserved human skulls. The skulls didn’t necessarily come from family members — they instead come from medical schools, archeological sites, local cemeteries that have turned over plots, or have been passed down through the family over centuries, according to Smithsonian Magazine.

The tradition dates back to the Aymara people from the Altiplano region of the Andes, who viewed the afterlife as another plane of existence and the ñatitas as vessels for the soul that can offer fertility, luck, and protection.

KAH represents this with a painted white skull, though in Bolivia the ñatitas are often decorated with flower crowns, cigarettes, and alcohol. 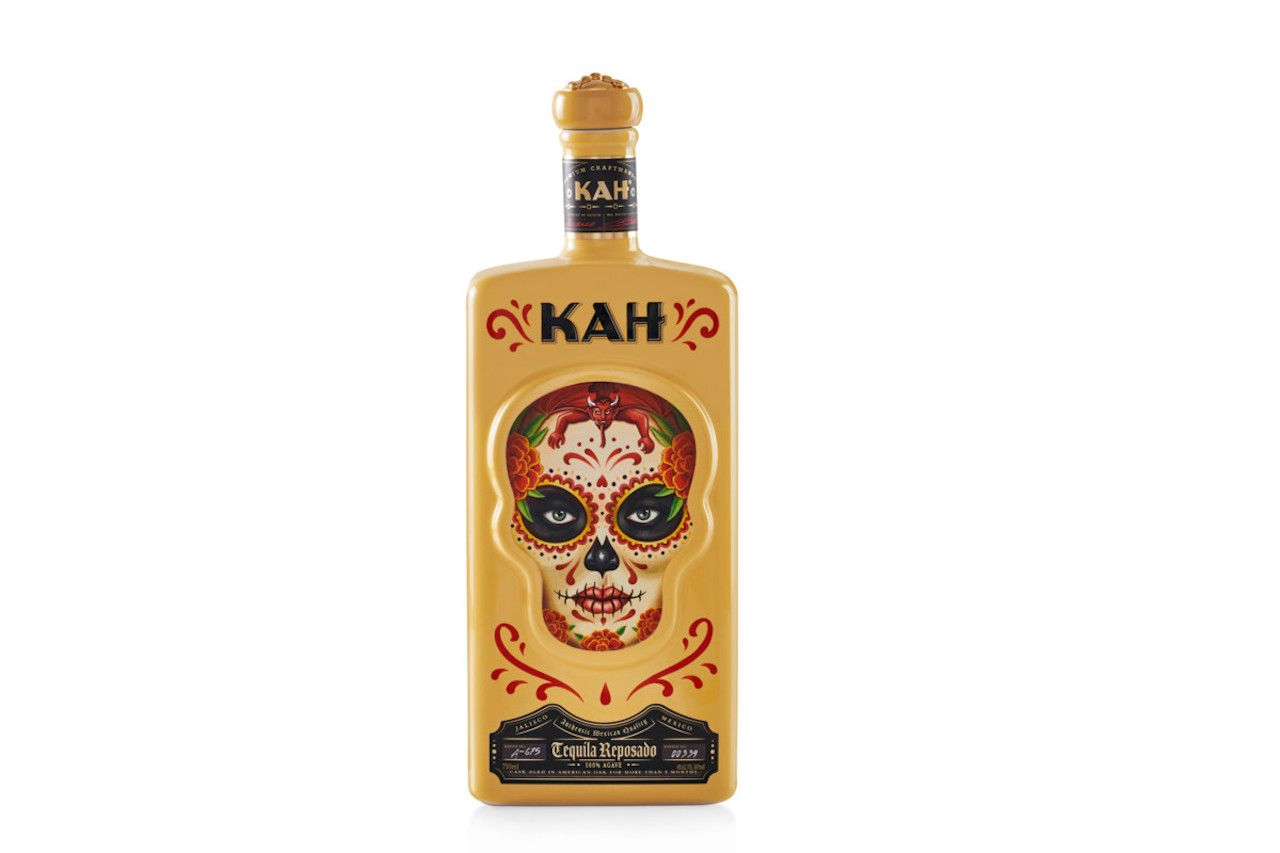 In Peru, the November celebration is called Dia de los Difuntos, or Day of the Deceased, and can be traced back to Inca traditions. Today, people travel to gravesites to share a meal and leave food for the souls journeying to the afterlife. Lechon (suckling pig) as well as tanta wawa (breads shaped and decorated like baby dolls) are common, as are breads shaped like horses, crowns, and stairs.

After Spanish colonization, Indigenous peoples here and elsewhere in Latin America had Catholic holidays (in this case All Saints Day and All Souls Day) forced on them. They merged the holidays with their own traditions to keep them alive. Some in Peru, for example, mummified their dead and honored their ancestors with processions including food and drink. That was replaced with the early November holiday.

KAH’s art design on the Peruvian-inspired bottle has another reference to the region’s traditions as well: a winged red devil on the top of the skull. This is related to the Peruvian tradition, also practiced in Bolivia, of dancing in masks to appease the devil and keep the living safe. 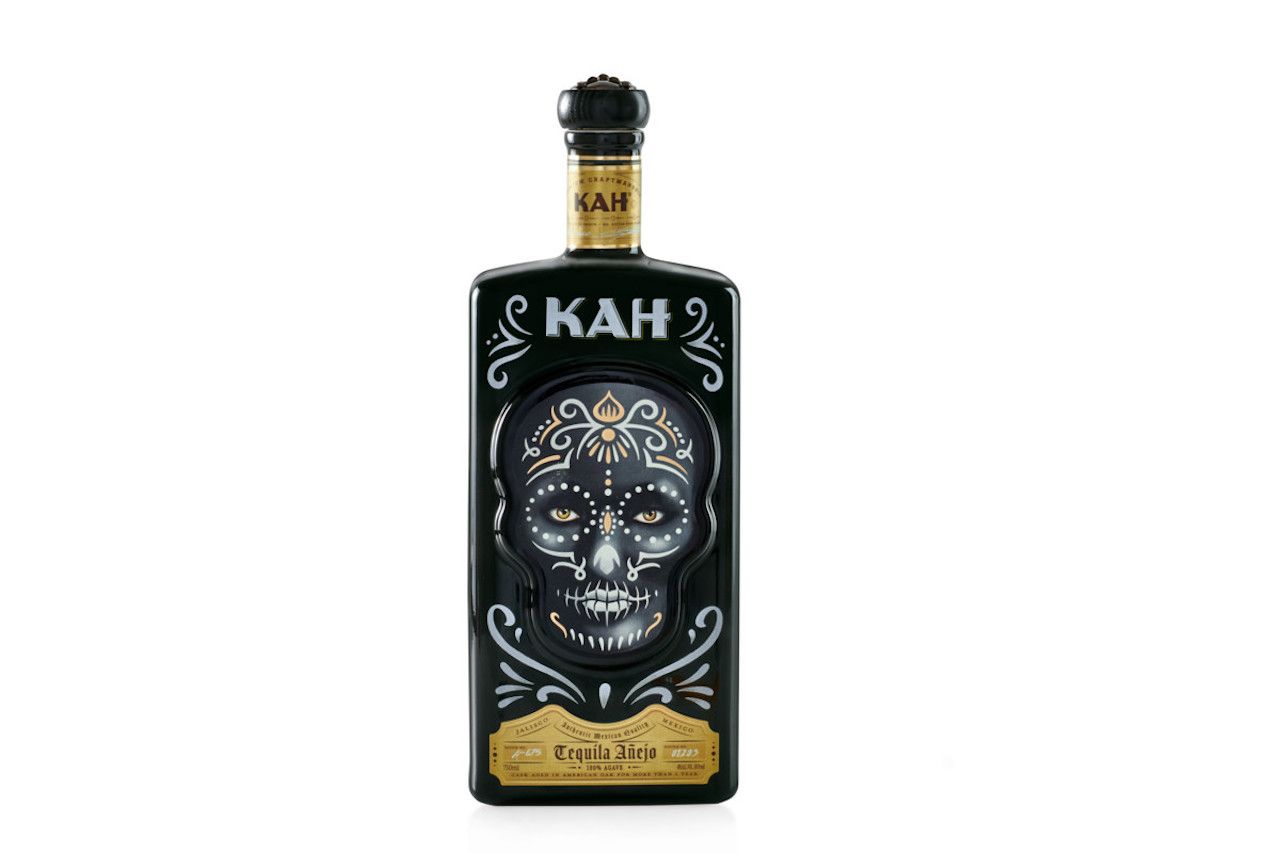 And then there’s KAH’s añejo, which is inspired by the Nicaraguan tradition of sleeping in the graveyard on Dia de los Muertos to connect with those who’ve passed.

The three tequilas represent just three of the many ways that people celebrate Dia de los Muertos and other traditions that honor the dead. They’re one way to get a taste of just how diverse the holiday is across Central and South America.