Truffles are among the most highly sought after mushrooms in the world. They’re far from the most frequently eaten — in fact, much of their popularity stems from seasonality and limited supply — yet truffles are revered by fine-food lovers. There are hundreds of known truffle species. Of these, fewer than 10 are eaten. And of those, there are two that dominate the conversation: black truffles and white truffles.

Both types are native to Europe. White truffles (Tuber magnatum) are the more rare and expensive type, and primarily come from the Piedmont and Tuscany regions of Italy in the northwest and central parts of the country. The growing location is where white truffles get the other common names of Alba truffle and Piedmont truffle. Black truffles (Tuber melanosporum) originally come from France, especially Perigord in the south-central region of the country.

Regardless of the type, people wouldn’t be able to enjoy truffles without a little help from humans’ best friend. Well-trained truffle dogs (usually the water retriever breed Lagotto Romagnolos, but always very good dogs) sniff out the fungi hiding underground near tree roots. 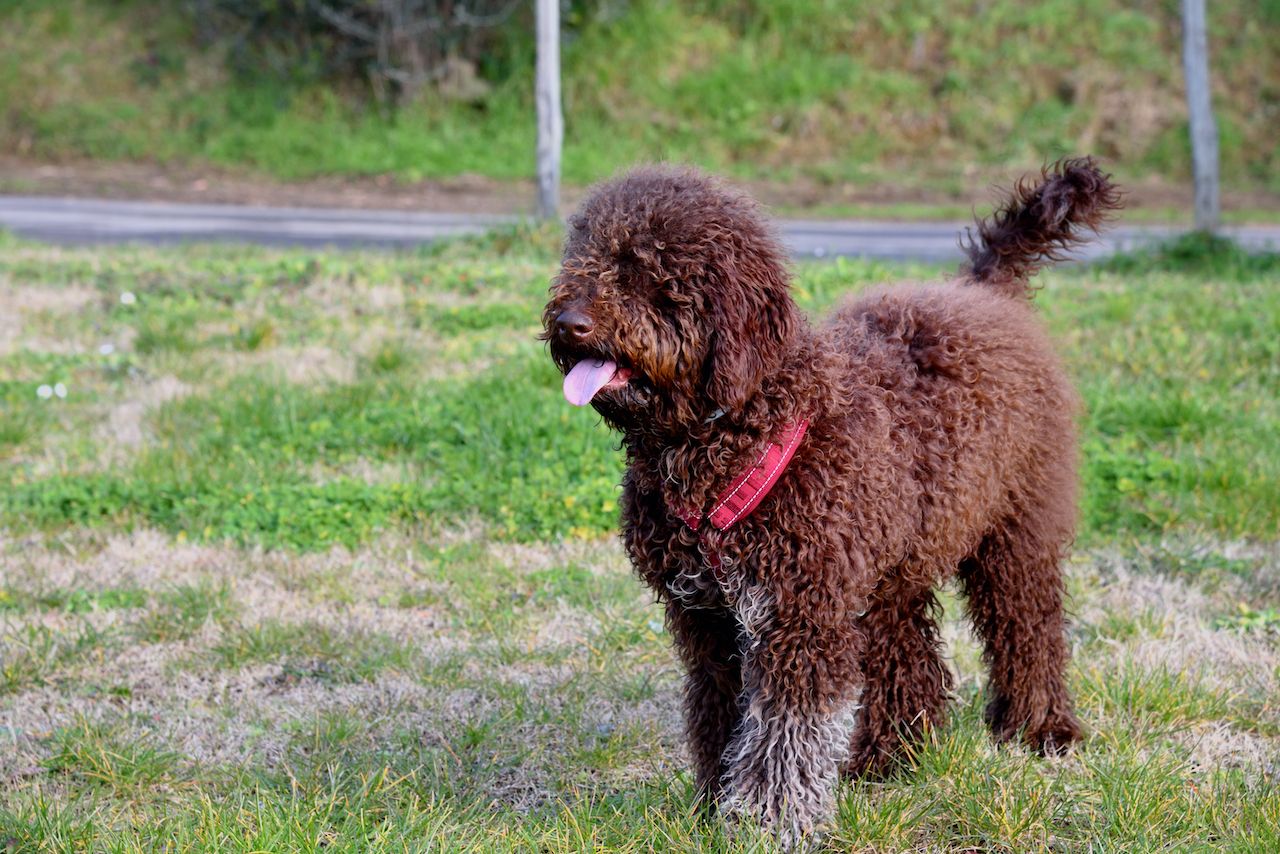 Before there were dogs, there were pigs. Truffles grow underground and depend on animals to spread the spores. The strong aroma draws wild pigs that dig it up — which is why pigs were historically one of the only ways to find truffles. Dogs, however, are much less likely to keep a portion of the truffle find for themselves.

This aroma is behind the appeal of truffles. The fresher the truffle, the more powerful the flavor. For the best truffle tasting, sample the fungi as close to where it was dug up as quickly as possible — hence the popularity of truffle festivals in Italy and elsewhere.

You don’t have to travel to Europe to observe a truffle hunter and his pups searching for the valuable fungi, though. A yearly harvest of black truffles is collected from the Kendall-Jackson Winery property in Sonoma County. The practice dates back to when Jess Jackson planted inoculated hazelnut and oak trees in 2011. In the 2018 and 2019 seasons, more than 30 pounds of black truffles ranging from walnut to softball-size were harvested.

“It’s a kind of secretive industry, but with the info that’s publicly available, we believe our orchard is currently producing more black truffles in the US than any other,” says Tucker Taylor, the master culinary gardener who’s in charge of overseeing the winery’s truffle program.

Kendall-Jackson is one of 10 farms producing truffles in Sonoma County, and the only one at a winery. The soil and climate are just right for black truffles, as is the demand from farm-to-table restaurants in San Francisco and the Bay Area. These fresh domestic truffles are a seasonal delight for anyone who can get their hands on them. For the rest of us, imports will have to do.

These are the key differences between black and white truffles to know before investing in a fresh shaving of the fungi on your pasta and pizza. 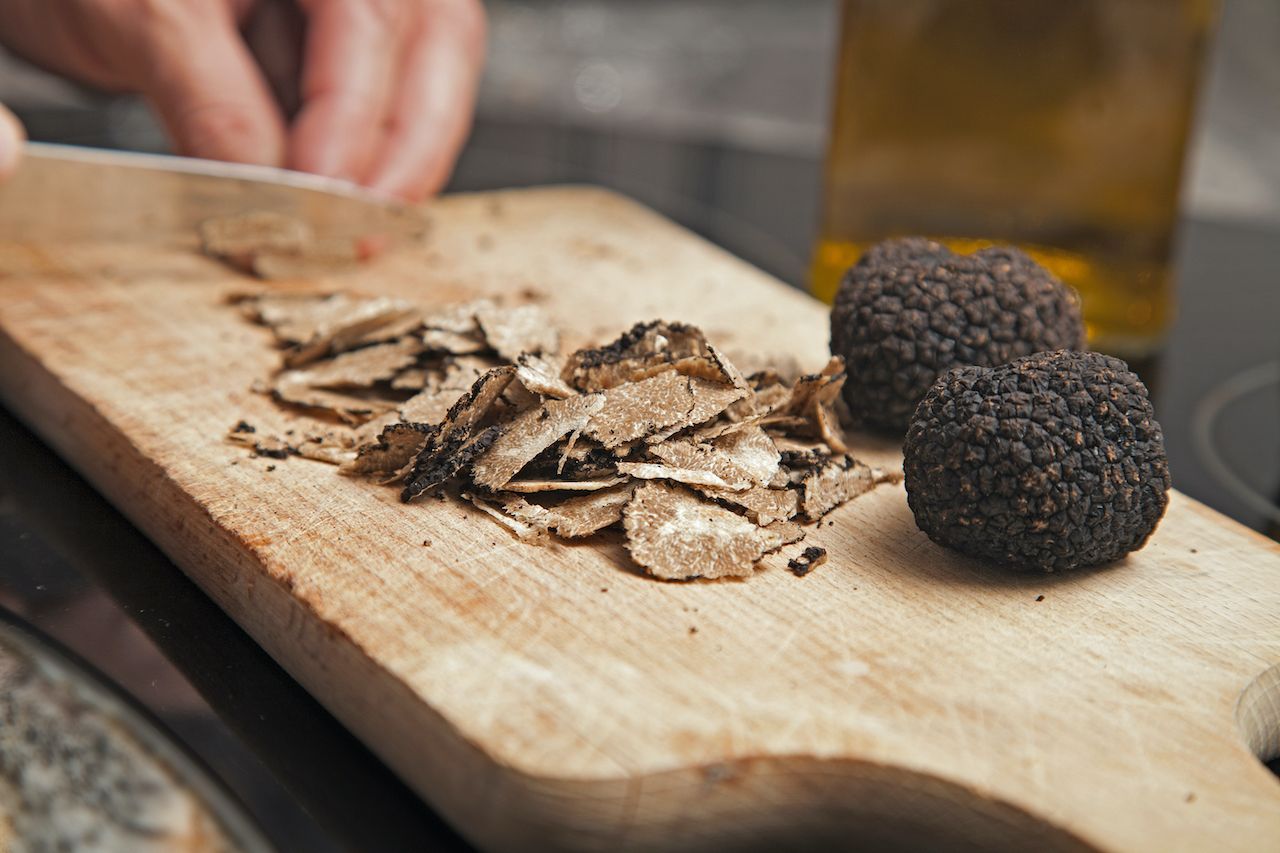 White truffles are smooth with a slight yellow tinge. They’re the more pungent of the two, with a heady musk aroma and a garlicky flavor. Both the taste and smell of white truffles can easily overwhelm a dish, so they’re usually microplaned sparingly over pasta or used as a garnish.

Black truffles have a rough, rigid exterior, similar to tree bark. Their flavor is more subtle than white truffles, accompanied by an earthy aroma. The taste is similar to the aroma, with some slight nutty notes. Black truffles typically blend a little better into sauces.

White truffles have stubbornly remained regional despite attempts to domesticate and grow them in other parts of the world. They’re found in Piedmont and Tuscany in Italy, as well as select parts of southern France and Croatia. The season runs from September to January, with peak truffles harvested from late October to November.

Black truffles, on the other hand, have found some new homes, including other parts of Europe, Australia, and northern California. They come from Perigord, France, but are grown in other parts of Europe, as well as Australia and the United States. The key is the types of trees that the truffle grows around: oak, hazelnut, chestnut, elm, and poplar. Black truffle harvest season is December through March, with peak truffles coming in January and February. 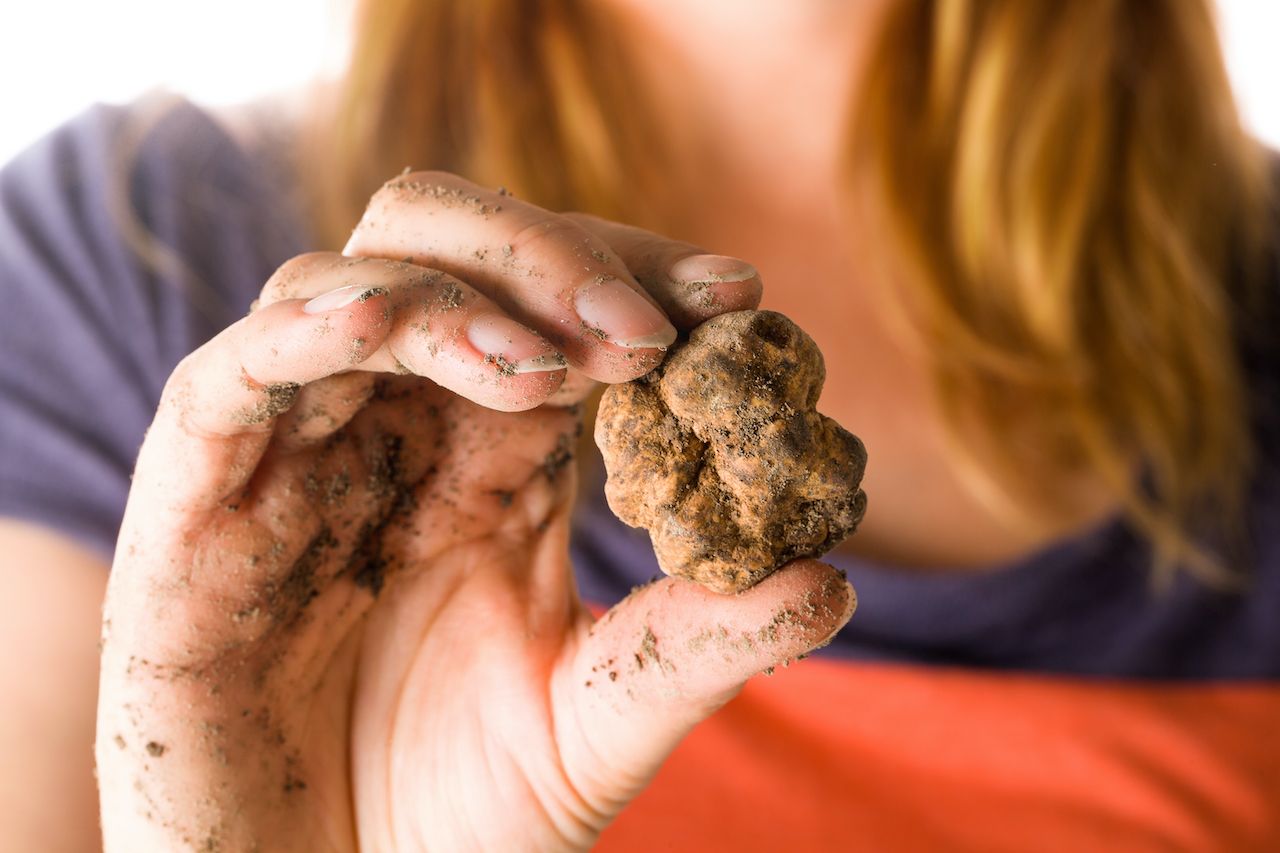 White truffles are the more expensive of the two, with prices well upwards of $200 an ounce depending on the season. White truffles are rarer and can only thrive in very specific environments, which hikes up the price. Because black truffles are a little more flexible, able to grow if a farmer has planted inoculated trees, they tend to run a little cheaper, at around $50 an ounce.

Which one is in truffle oil

Neither, in most cases. Common truffle oil like the kind you’ll find on truffle chips and truffle fries is actually made with artificial ingredients to imitate the smell and taste. Next time you see “truffle oil” on a menu masquerading as a fancy ingredient, you are allowed to be skeptical.

Food + Drink67 Types of Regional Italian Pasta You’ll Find Across the Country
Tagged
Food + Drink
What did you think of this story?
Meh
Good
Awesome