“I do hope that people will leave hopeful,” says Jonnie Hughes, director of David Attenborough’s new film A Life On Our Planet, which premieres on Sunday, October 4, on Netflix. “I would like them to feel energized to make changes but also demand changes as well.”

Leaving the viewer hopeful seems a tall order, given the film chronicles the rapid devastation of our planet’s wildlife in just one lifetime — albeit a long one. Attenborough is 94 years old, and he’s been making nature films since the 1950s. The narrator behind such celebrated series as Our Planet and Blue Planet is widely seen as one of the world’s top authorities on wildlife. In fact, when he opened an Instagram account this week, he hit a million followers faster than anyone else has. 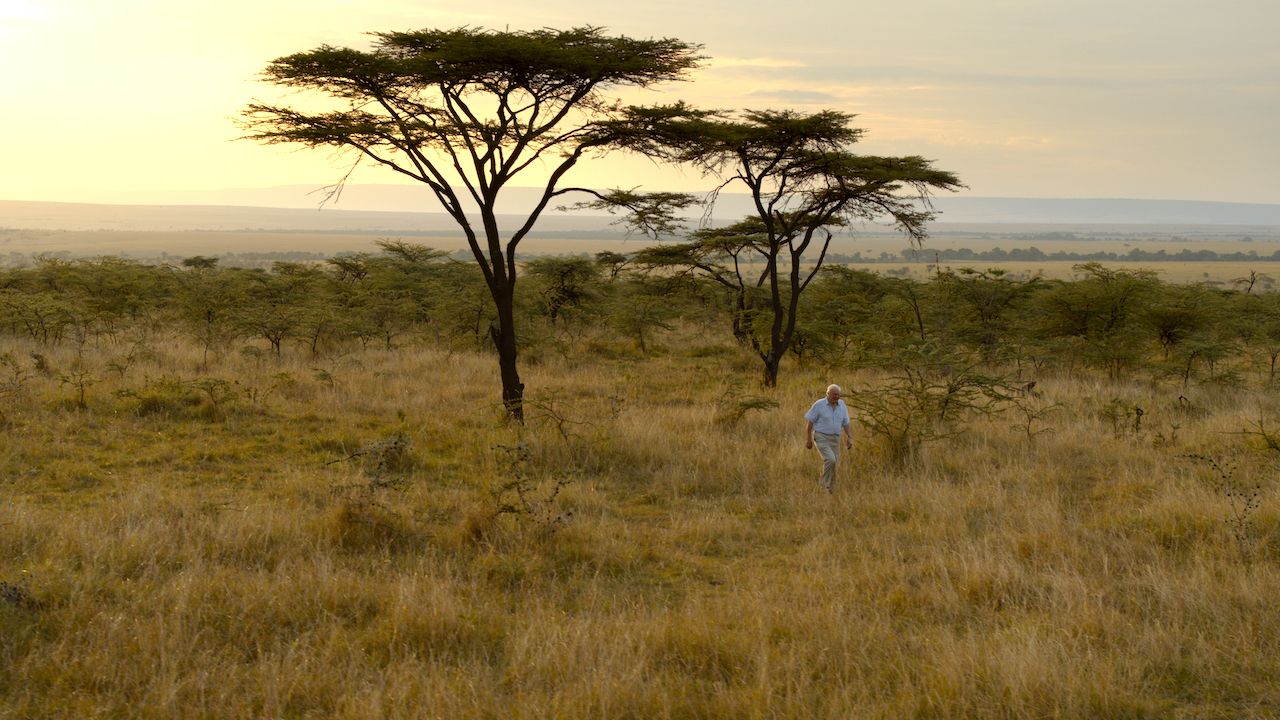 “There are very few places he hasn’t been. And so you have this kind of unique perspective on the world over a unique period of time,” says Hughes, who together with other members of Silverback Films has worked with Attenborough on films related to the Our Planet series.

“In many ways, the film is his witness statement,” says Hughes. “He’s laying out his understanding of what’s happened to the planet during his lifetime, and it’s a sorry tale.”

As Hughes points out, in the past 50 years, wildlife populations have halved or more than halved. The World Wildlife Fund says human activities have set wildlife in a “freefall.” Hughes notes that all the wild mammals that Attenborough shows in his films are a mere fraction of the mammals living on Earth.

“So all those zebras and whales and bats and kangaroos, that’s only four percent,” of the mammal biomass on Earth. The rest are us and the mammals that we eat or keep as pets, says Hughes. “That’s the imbalance that we’ve got to.” 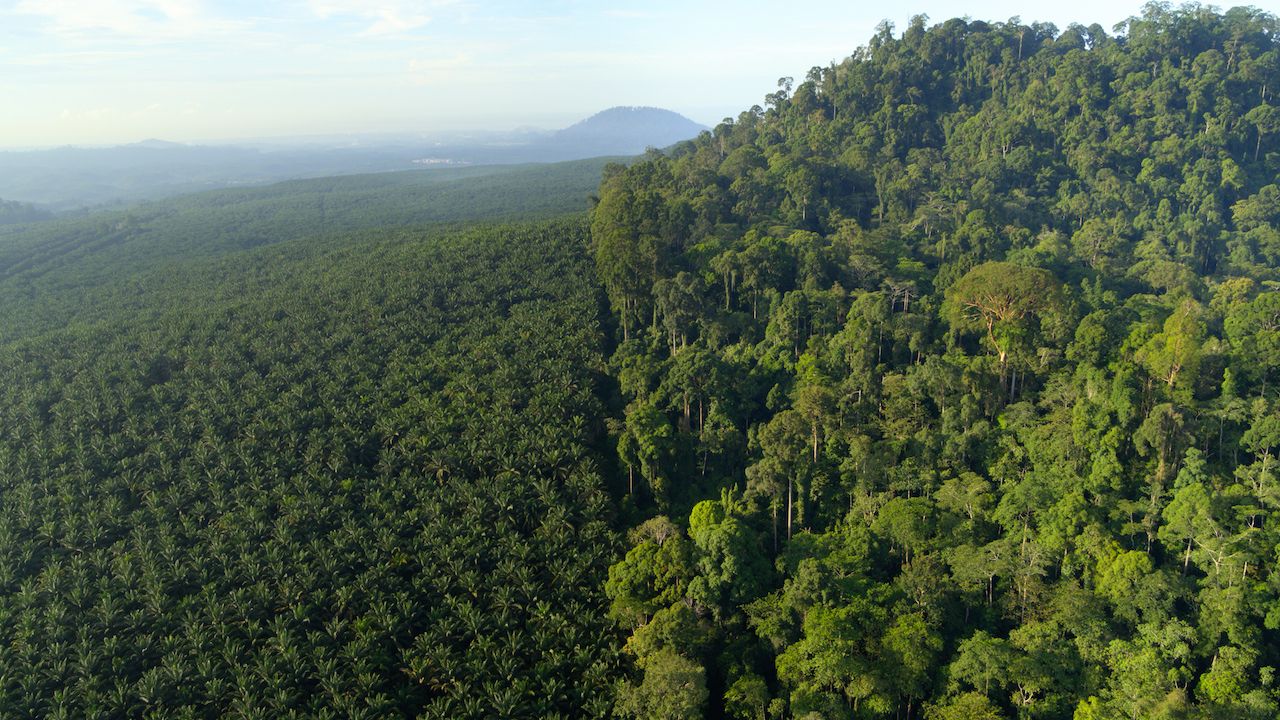 This matters, says the filmmaker, not because wildlife is “nice to have.” Rather, it’s because science has shown that “if we don’t have a biodiverse planet, it doesn’t function well. It stutters, it goes wrong, it breaks,” says Hughes. “And we are the most demanding species on the planet, so it’s going to affect us more than anything.”

How then is there reason for hope? After all, says Hughes, “The status of the planet at the moment is disastrous.” Indeed, the middle portion of A Life On Our Planet, which catalogs the havoc humans have let loose on the planet, is “pretty hard hitting.” Hughes says that over the two weeks editing the bleakest scenes, it was hard to sleep well at night.

Yet Hughes’ cause for hope — to which the film dedicates in its final thirty minutes — lies in the same source of the destruction: us.

In this way, the film departs from other nature documentaries that Hughes and his team have worked on, because its subject is not just wildlife, but human beings. The film seeks to capture humans as a whole — rather than on the individual level — since it’s at that level that we are impacting that planet…and can hopefully also save it. 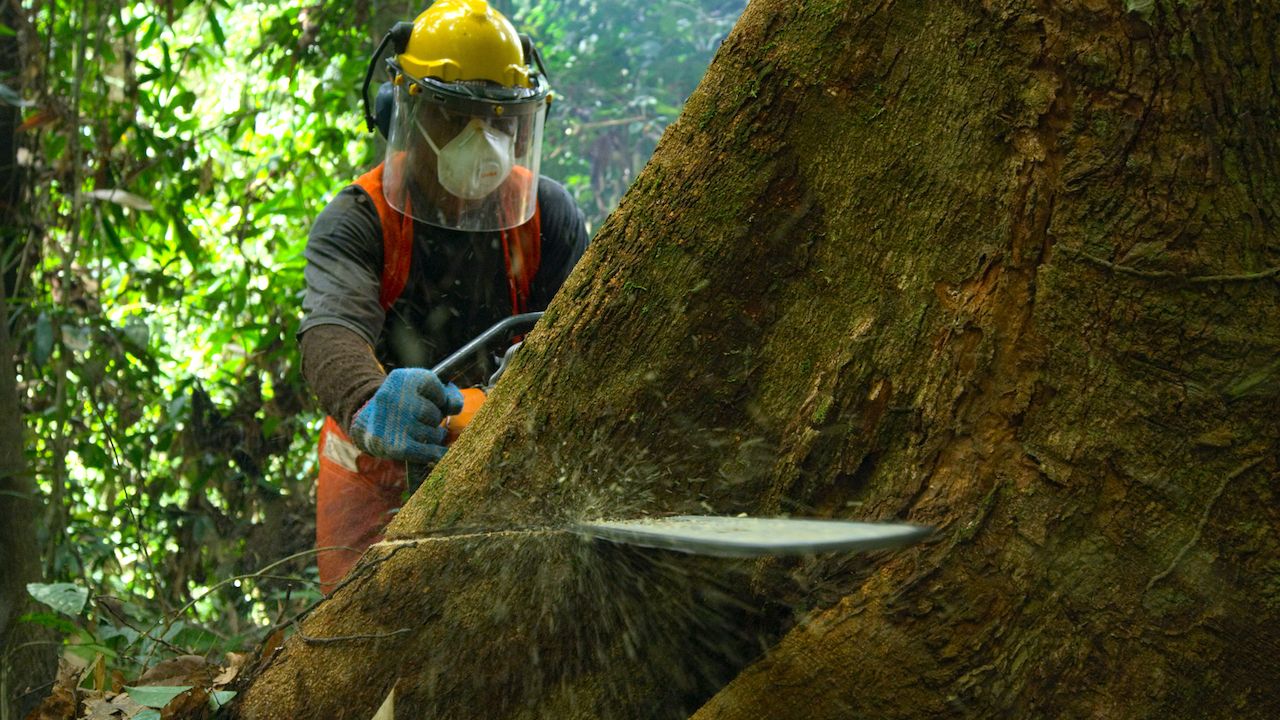 “Normally I’m filming polar bears and tigers. I really enjoyed that I could, with the same kind of production values, approach filming human beings, and show them off not only for their worst, but for their best qualities as well,” says Hughes.

“This is more about us as a species. So let’s pull back a little bit and watch what happens and let them be themselves because that’s the fascinating bit about what you’re filming,” says Hughes. In the same way that in filming wildlife, you don’t want your presence to alter the animals’ behavior, the approach with people was the same. “We did stand back. We did have our long 50 to 1000 mm lens,” he says.

The goal was to capture the full scope of who humans are, says Hughes. “We wanted to show that balance. We wanted to show how amazing we are, really. That we’re so impactful and yet have such potential.”

From a stadium full of cheering fans to a human tower made in Catalonia, Hughes says the film contains imagery that ponders, “‘Aren’t we amazing, aren’t we weird, aren’t we devastating, aren’t we creative?’ It’s all the things, we are this compound of conflating qualities that not only got us into this mess. It’s also going to get us out of this mess.”

The road out of this mess is clear, says Hughes. He cites Attenborough’s straightforward prescription in the film: “‘We’ve got to rewild the world.’”

As Hughes notes, most of the world has come to understand the existential threat posed by climate change. What is less often mentioned is biodiversity loss. And yet he says this equally important issue is “very much related” to climate change.

“There’s another equal and opposite term [to climate change], and that’s biodiversity loss,” says Hughes. “That’s the other flashing red light on the dashboard at the moment. And not enough people are talking about it.” 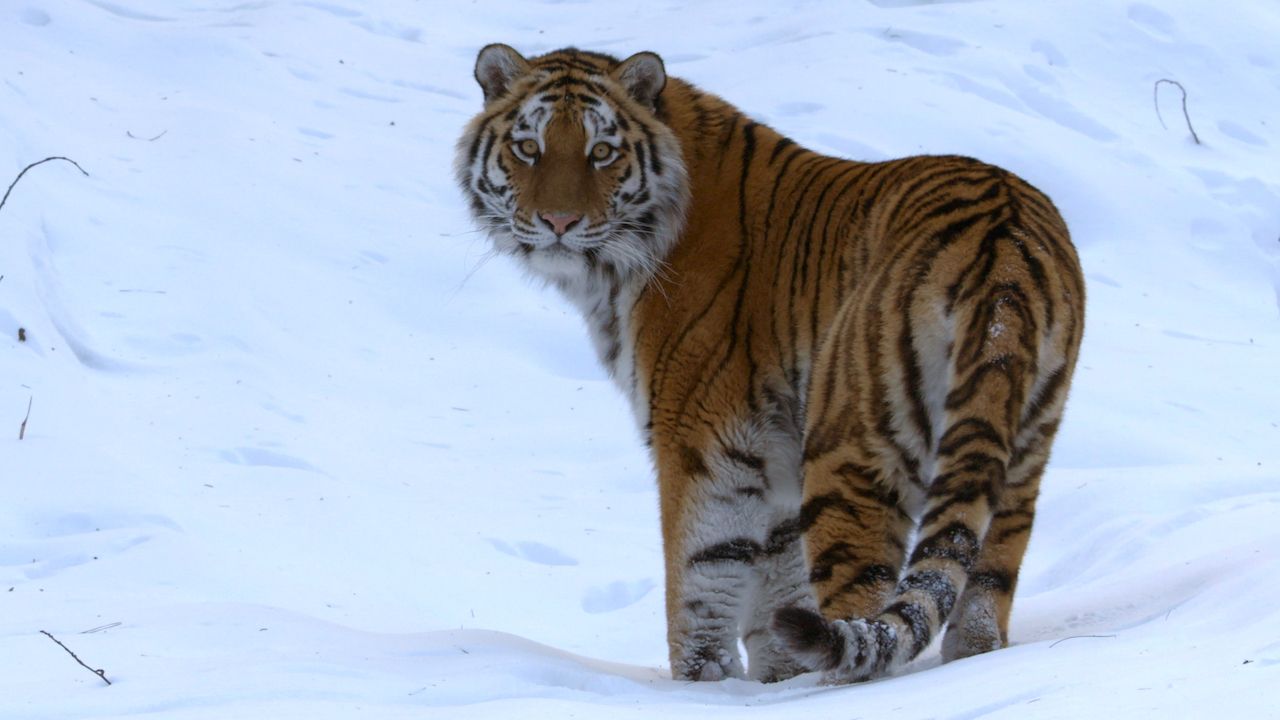 “They’re twin problems and they’re twin solutions,” says Hughes. He says studies suggest that if farmers would simply allow a few trees to regrow near a field, the collective impact of those trees in absorbing carbon would be tremendous. Indeed, if the pandemic has shown us the threat posed by biodiversity loss, in terms of creating conditions for wildlife-borne diseases, it has also shown us how readily nature bounces back when left undisturbed.

The film trains the camera on human initiatives around the world that are proving exactly that. For example, as oceans are so critical to the health of the planet, we need to leave a third of coastal and deep-sea waters undisturbed. 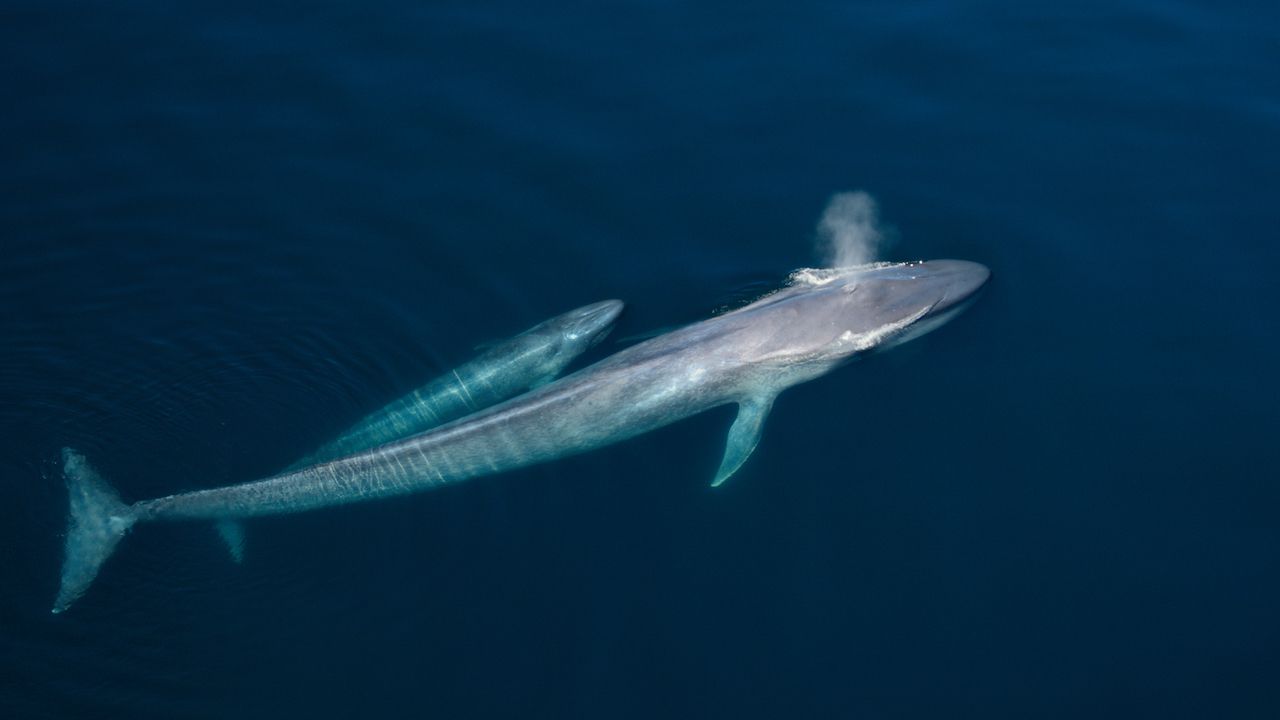 “Fish populations will do so well in those protected areas that they’ll spill out into the neighboring areas and actually all the local fishing communities will catch more fish, and that’s not fantasy,” says Hughes. We see real-life examples of that in Mexico and Alaska, he says, which affirm that rewilding the world is a benefit for everyone.

In fact, protecting a section of our oceans so fish species can recover is one of the film’s five prescriptions. A second one is drastically reducing our consumption of meat, which will reduce the amount of farmland we need. That will allow our land to reforest, a third needed action.

The fourth step is reaching a plateau in our population as soon as possible, something that will be achieved with education of girls and increased living standards — yet another win-win scenario; or, as Hughes says, “the sort of thing we’d want to do anyway.” 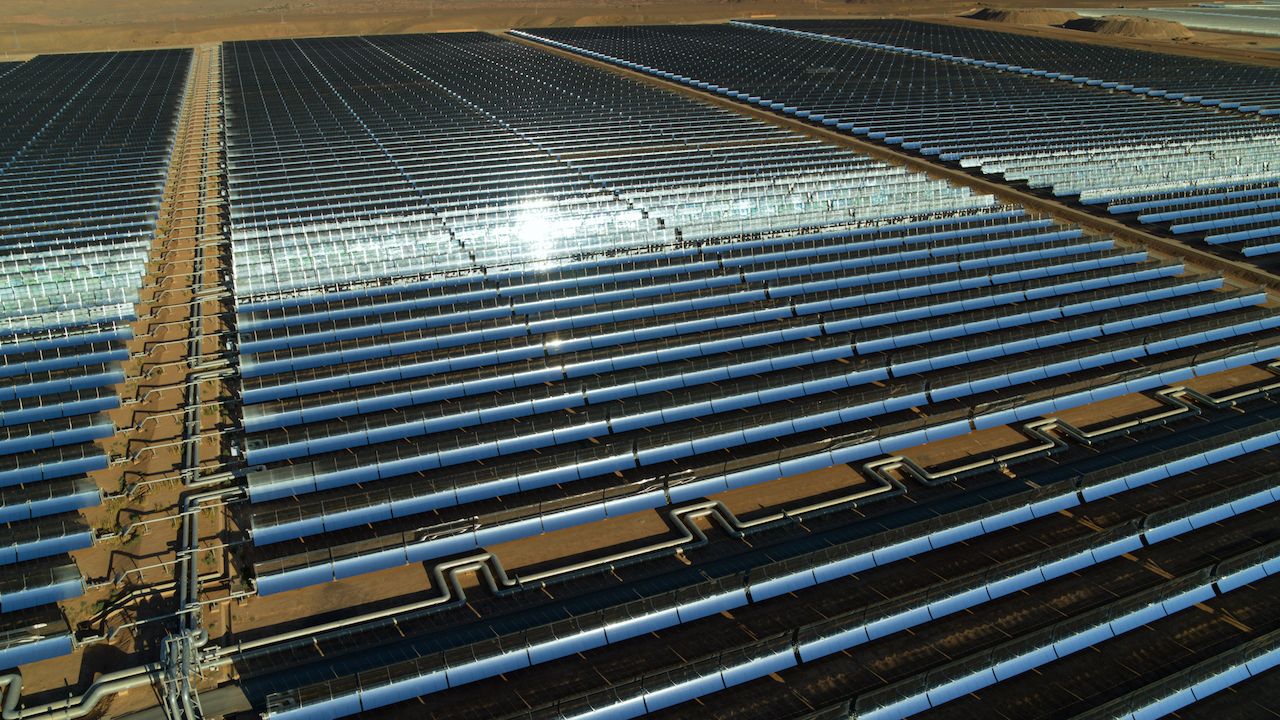 Lastly, we need to get off fossil fuels. Hughes points out that, beyond a few creatures living by hot vents in the deep sea, “99.9 percent of the living things on Earth are directly solar powered, or eat things that are solar powered.” The film shows examples of humans harnessing that power, as well as other forms of renewable energy, such as wind or water.

We have the capacity to make changes in our life — like going vegetarian, as Hughes himself did during the making of A Life On Our Planet — but also of demanding larger scale transformation. We can ask pension funds to divest of fossil fuels, for example.

Hughes paraphrases Attenborough’s observation in the film, “It’s crazy that we’re using our pensions, and our savings are investing in fossil fuels, when those are the things that are ruining the future we’re saving for.”

“We’re all voters and consumers,” says Hughes, and he wants us to take the message of the film and get out there and work for change. “This is a period of time in which we are destabilizing and ruining the planet. But there’s an equal and opposite reaction that we are so powerful that we are able to influence the planet.”

These things aren’t difficult, says Hughes, but they “need to be done on an international scale.” A good start is educating people about the state of things and motivating them to both act and to demand action. “From my point of view, I want as many people to see it as possible.”

So watch A Life On Our Planet this Sunday and tell your friends to watch it. And then eat less meat, make your next car an electric one, vote, and demand change. And above all, don’t lose hope.

NewsSir David Attenborough Is Teaching Geography To Kids During Lockdown
Tagged
Documentaries Sustainability
What did you think of this story?
Meh
Good
Awesome