These kind Estonians could have suffered some pretty serious consequences for their good deed — what they thought was a dog that they rescued from a frozen river turned out to be a wolf.

On Wednesday, Rando Kartsepp, Robin Sillamäe, and Erki Väli, workers on the Sindi dam on the Pärnu river, spotted an animal trapped in frozen water and immediately came to its rescue, clearing a path through the ice for the animal to swim back to shore. Believing the animal was a dog, they dried it with a blanket, carried it to their car, and brought it to a clinic for medical care where it was revealed to be a wolf.

While the situation may sound scary and could have had serious consequences, the wolf’s debilitated state seems to have made the rescue relatively safe. Karstepp told Estonian newspaper Postimees, “We had to carry him over the slope. He weighed a fair bit.” Karstepp explained that while in the car, the animal was “calm, slept on my legs. When I wanted to stretch them, he raised his head for a moment.” 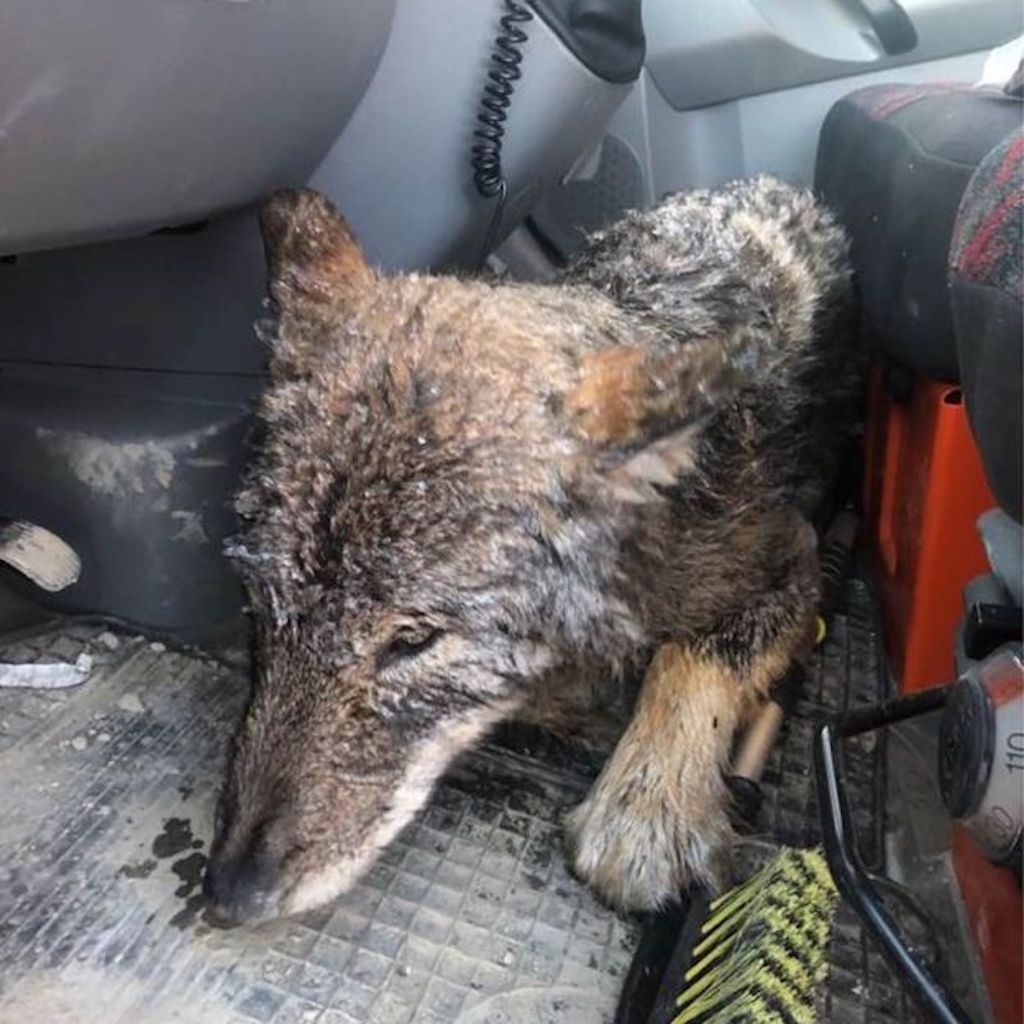 Photo: The Estonian Union for the Protection of Animals (EUPA)

When the wolf arrived at the veterinarian’s office, it was suffering from low blood pressure and hypothermia and needed to be warmed up. Veterinarians were immediately suspicious of the large animal’s true species, but a local hunter finally confirmed that it was, in fact, a young male wolf. Upon learning this piece of information, the clinic staff treated the wolf and put him in a cage for their own safety, in case it became less docile.

The wolf recovered speedily from its plight, was collared, and released back into the wild within the day. The Estonian Union for the Protection of Animals (EUPA), which paid for the wolf’s treatment, thanked “all the participants — especially these men who rescued the wolf and the doctors of the clinic who were not afraid to treat and nurture the wild animal.”

Trip PlanningThe 7 Best Places in the World for Dog Lovers
Tagged
News Wildlife
What did you think of this story?
Meh
Good
Awesome