All hail queso, one of the most omnipresent and beloved dishes in Tex-Mex cuisine. This mouthwatering dip of melted cheeses and chiles runs through the veins of most Texans. In the decades I’ve spent living away from Texas in five other states, queso has remained the gastronomic security blanket I could always make, and was the centerpiece of every family gathering. I’d grab a chip and dunk it in queso before I gave anyone a hug.

Simplicity is at its core: Take a can of Ro-Tel green chiles and tomatoes and a block of Velveeta. Heat it in the microwave for a few minutes or a slow cooker for a few hours and voila! You have a halftime winner. It’s a recipe so easy you could send it over text. Try to change it and you no longer have queso, just a poor imitation. Or so I thought.

El Paso, Texas, has an entirely different take on the processed American cheese and canned vegetables standby. My family knew the so-called classic recipe that’s been passed down through three generations (the one printed for all to see on the back of a Ro-Tel can). But, through years of meals in El Paso, I discovered our family recipe might not be so classic.

El Paso queso is richer and doesn’t use American cheese as the base. It’s delicious, but so divergent from what I knew to be queso. So is the recipe on the back of the can original, or does a truly Texas take on queso actually come from the innovators in El Paso?

Where queso originally comes from

We may never know who created the first recipe, but Texas food writer Lisa Fain pinpoints the El Paso region as the likely source in her book Queso! Early iterations of queso used Mexican white cheeses and fresh chiles that were only available during the growing season.

Queso’s base shifted in the mid-20th century when processed American cheeses, like Velveeta, were more widely produced and marketed as an easy melting product with a smooth taste.
Ro-Tel, a produce company started in the south Texas town of Elsa in 1943, began selling pre-mixed cans of green chiles and tomatoes. The two necessary ingredients were there, all they needed was to be combined. In 1949, according to Eater, Ro-Tel printed a recipe using its product. Lady Bird Johnson listed the canned ingredient as the secret to her queso when she was the second lady in the White House in 1963. From there, it took off even outside of Texas. 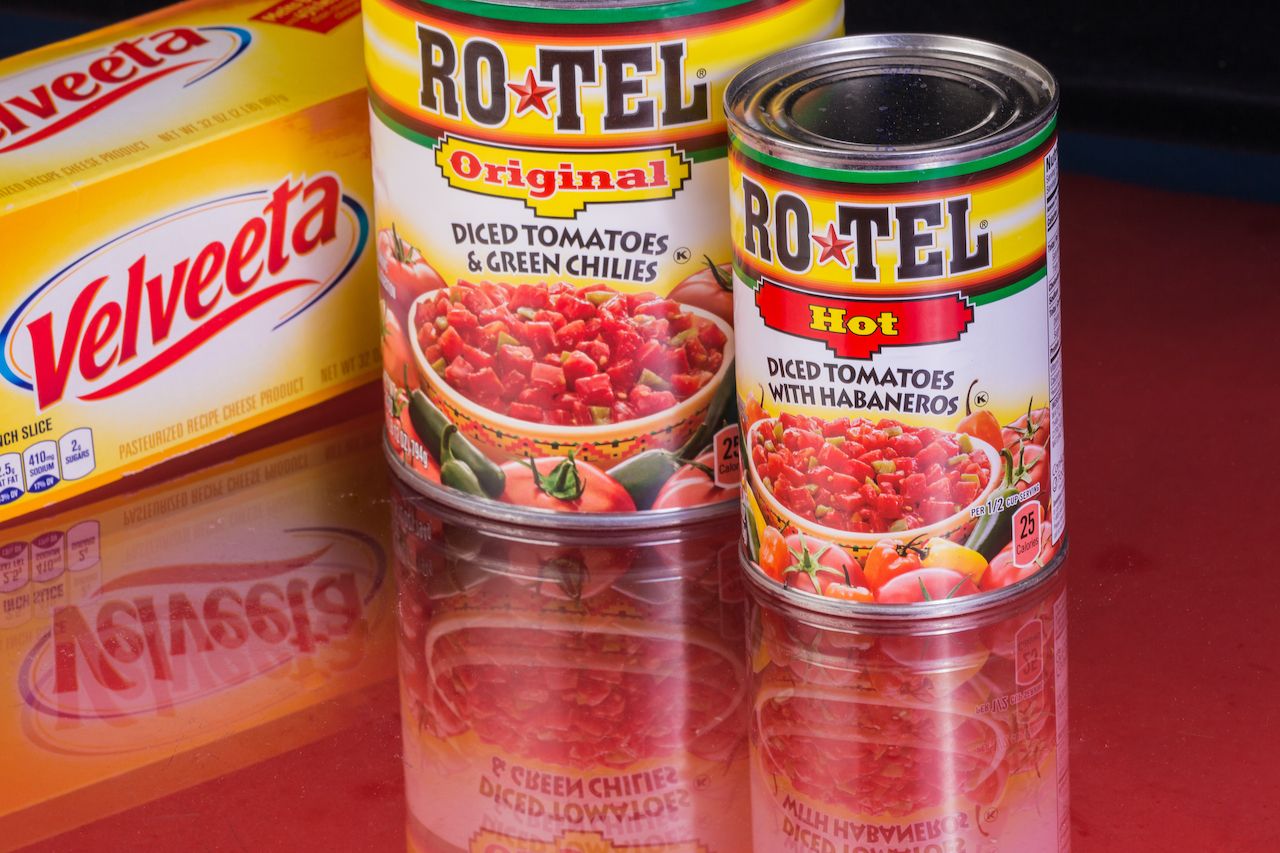 The recipe that swept the nation never caught on in west Texas where El Paso is located, however. In an interview with Texas Monthly, Lisa Fain said that, “The queso that you find in El Paso is very similar to the original incarnation of what chile con queso was described as.” Turns out, the El Paso version of queso I thought was a low-rent derivative of a family recipe turned out to be more authentic.

The El Paso recipe for queso

The cheeses and overall texture set El Paso queso apart from the Ro-Tel recipe I know and love. Asadero, chihuahua, and monterey jack cheeses are the typical base ingredients, which create a gooey mouthfeel rather than velvety or chunky one. It’s served with tortillas and tostadas for dunking instead of tortilla chips in a way that’s similar to fondue.

Of course, any queso wouldn’t be the same without chiles. Most queso in Texas is made with canned chiles and tomatoes. But, with New Mexico’s famous chile-growing Hatch Valley just an hour north, roasted long green chiles take center stage in El Paso. The earthy taste with a delicate kiss of heat makes Hatch Valley chiles mouthwatering without being eye-watering. Onions and tomatoes round out this rustic yet elegant dish. 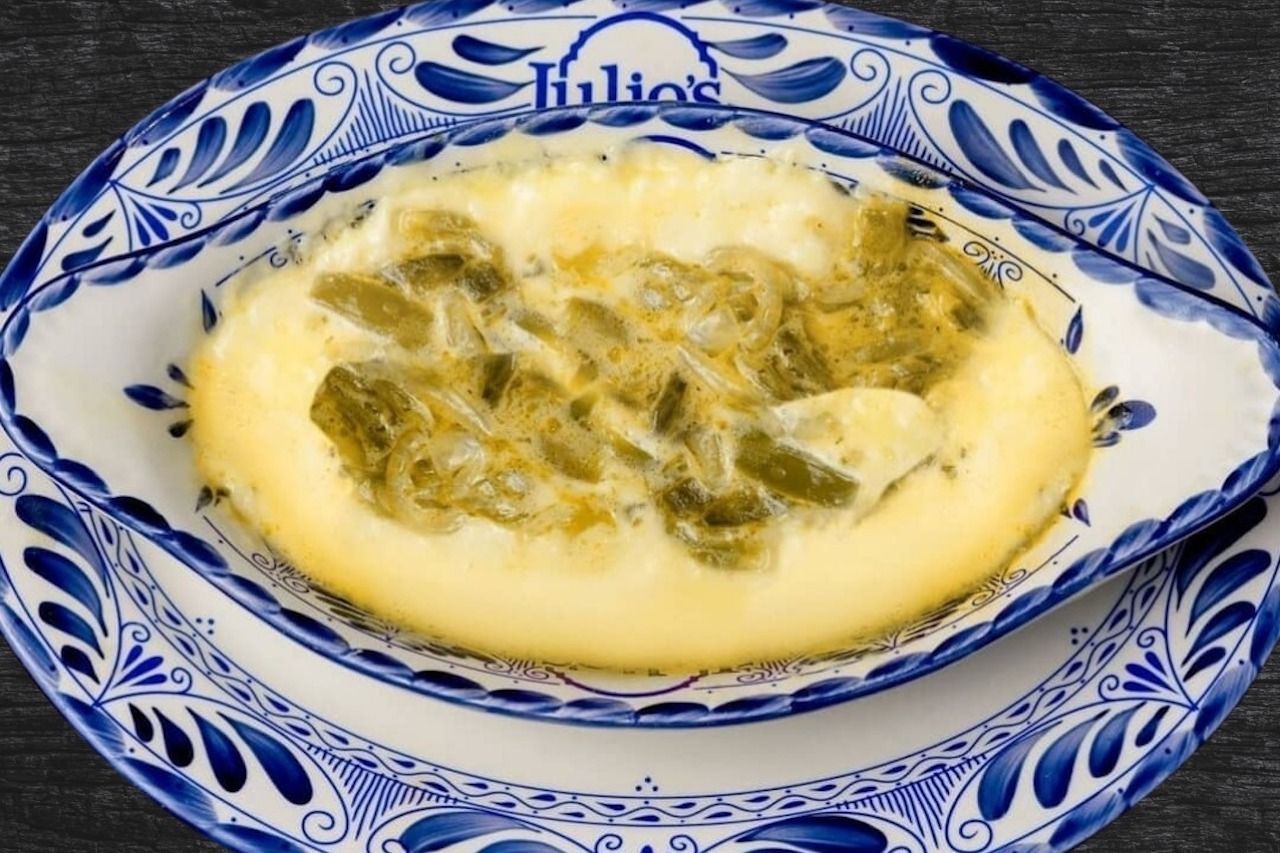 Some local restaurants can’t resist putting their own spin on the classic El Paso queso. Fire up classic queso with the cheese flambéed or seared and you have queso flameado. Add savory chorizo and you’ll taste the delectable queso fundido. You can find all of these ingredients on the ranch or at the market.

But what of the Ro-Tel and Velveeta queso? I still love it like I love a local taco joint at midnight when I want comfort over authenticity. But that queso takes its cue from the El Paso original. Without El Paso’s heritage of cheese and chiles, every Texan’s family gathering or football party would be just a little less warm.

Where to try to best queso in El Paso 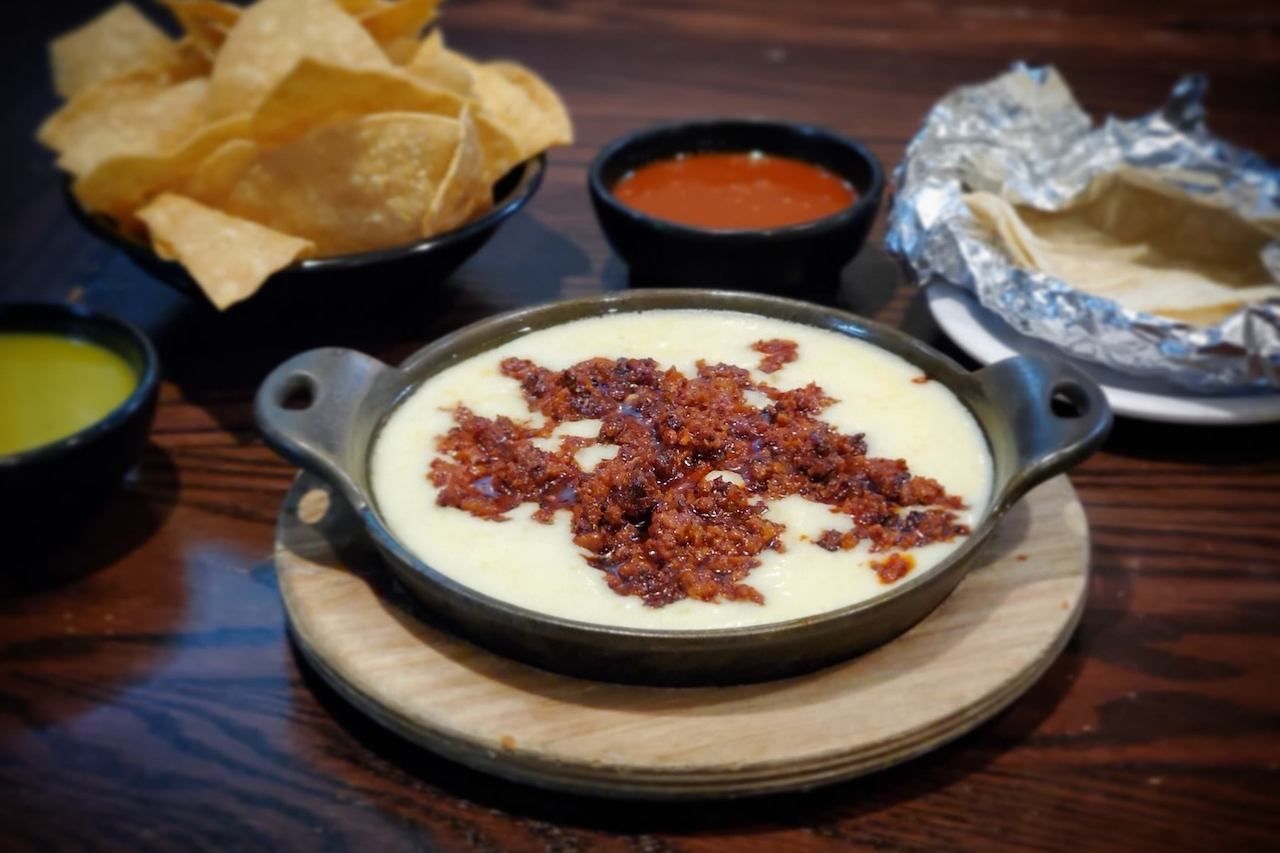 L & J Cafe: Ready to take a dip into queso’s history? Any visit to El Paso must involve a pilgrimage to L & J cafe, the famous fourth-generation-run restaurant that’s affectionately known as “The Old Place by the Graveyard.” Three generations of my family have gathered there for the city’s best enchiladas, and it was the first place that tipped me off to El Paso’s queso legacy. Try the queso fundido for a twist on the classic recipe.

Julio’s Mexican Food: This restaurant is a heavyweight contender for the best Mexican food in El Paso. It’s been around nearly as long as L & J, but it started across the border in Juárez. Loyal to tradition, the restaurant claims to use the same recipes since 1944. In addition to the knockout queso, it’s my favorite spot for chiles rellenos.

Kiki’s Mexican Restaurant: Head here for a more casual, homestyle lunch or dinner. Be sure to order a queso and a bowl of caldillo, a hearty Mexican beef stew.

Rosa’s Cantina: Located right on the Rio Grande, this is indisputably the most famous bar in El Paso — though you’d never know that from its humble appearance. Loved by locals and travelers, no trip to west Texas is complete without hitting Rosa’s Cantina at least once.

Food + DrinkSearching for the Best Mexican Food in Texas? You Need To Visit El Paso
Tagged
Food + Drink Restaurants + Bars
What did you think of this story?
Meh
Good
Awesome

Faith on the Frontier: Exploring the El Paso Mission Trail

8 Experiences To Have in El Paso Before You Die