Kentucky is famous for its bourbon and fast horses that feast on nutrient-rich Kentucky bluegrass. But when it comes to what the state is known for, you’d be remiss to leave out the dish created and consumed by many in the heart of Louisville: the hot brown.

On a recent trip, I had the pleasure of staying at the Brown Hotel — the birthplace of the hot brown — and tried the masterpiece right on site. According to the Brown Hotel’s website, back in the 1920s the hotel hosted its famous dinner dance. It lasted way past dinner and well into the next day. After exhausting themselves dancing, partygoers would scoot over to the kitchen to look for something to snack on.

“In the era of what we’re talking about, this was Prohibition, but it was legal to have a prescription of Kentucky’s finest in your jacket,” says J. Troy Ritchie, the manager, sommelier, and bourbon steward at the Brown Hotel’s English Grill. And by Kentucky’s finest, of course, Ritchie is referring to the whiskey guests were drinking.

Between the drinks and the dancing, people craved something more indulgent than the traditional ham and eggs, as the story goes. So chef Fred Schmidt created something better than the standard combo. He gauged what he had available and concocted an open-faced, thick-cut turkey sandwich with crispy bacon, acidic tomatoes to cut the richness, and a cheesy mornay sauce (which is a classic béchamel sauce that has grated cheese added). 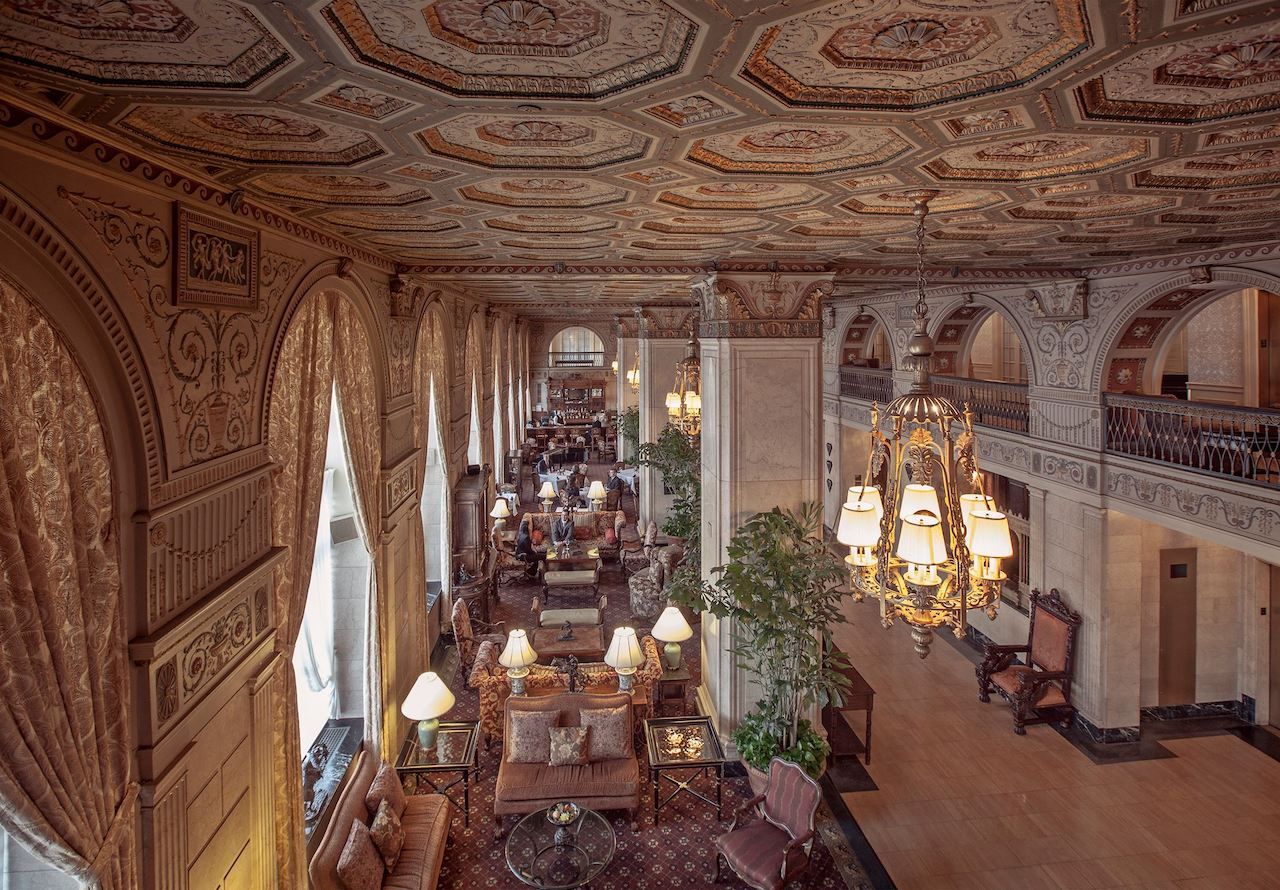 In the Roaring 20s, people consumed alcohol differently and had a need for comfort food after a night of sipping. “If you’re taking on that amount of calories [that are in a hearty hot brown], it just sort of works when it comes to tiring you out for bed,” Ritchie says. “I’ve heard that when adding that little bit of acid, [Schmidt] tried everything from pimentos to strawberries before deciding on tomatoes.”

The dish lived on past that storied party and became a fixture in Louisville. Hot browns also made an appearance at subsequent parties, of which there were many thanks to the Brown Hotel’s location and popularity. Today, a century or so later, the dish has cemented its place in Kentucky food history lore. It’s been featured on The Today Show, Man vs Food, in the Los Angeles Times, and more.

Part of the reason for the popularity is that the Brown Hotel isn’t just a hotel. It’s a little bigger than that.

“It’s a weary traveler place,” Ritchie says, “and those that come in and have a hot brown are going to get a good night’s sleep, but there are two other factors that play into the mix.” One is that it’s a destination spot for special occasions for locals as well as tourists. And when locals want to have a hot brown, they specifically come here for that dish. “The third, of course, is the tourist attraction aspect,” Ritchie says. Yes, people are traveling to Louisville from various countries to try this dish.

The best places to try a hot brown in Louisville, Kentucky 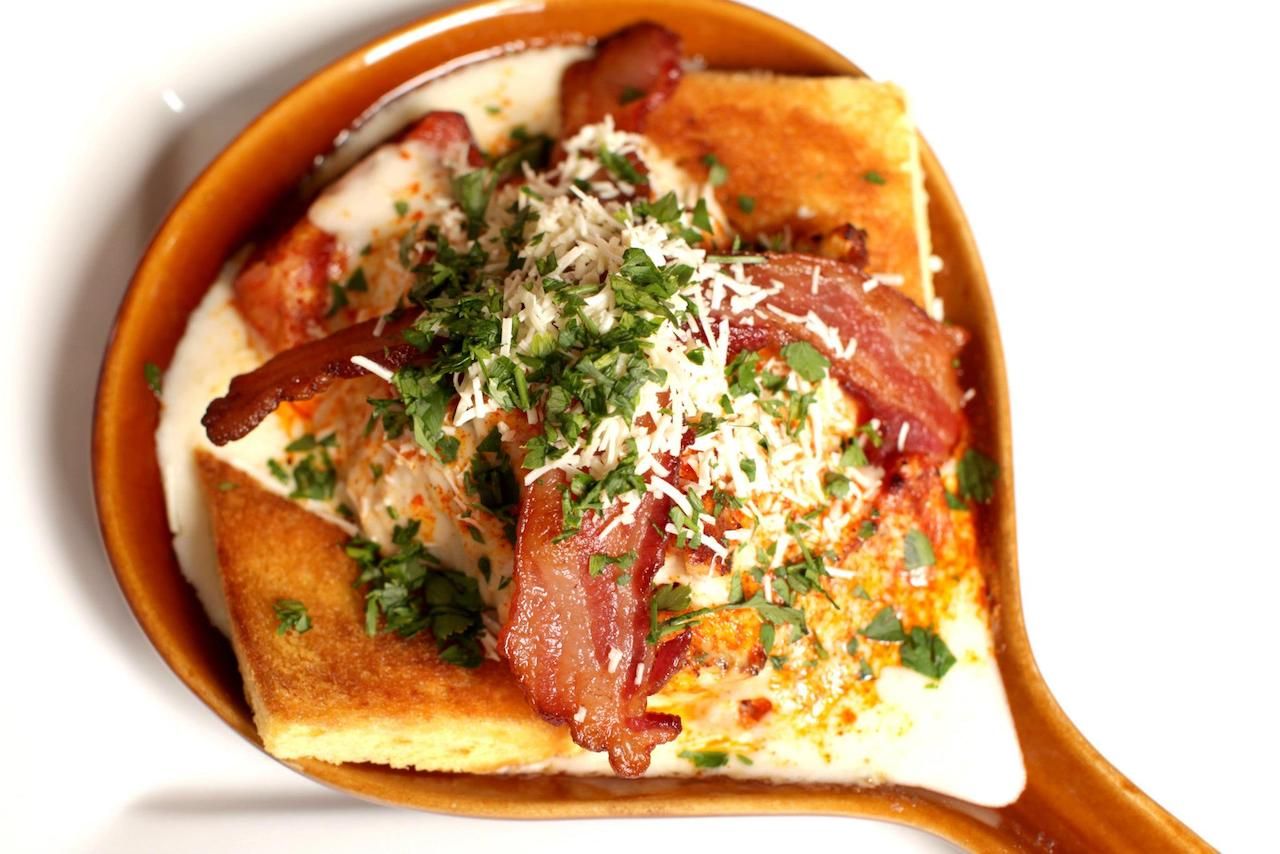 The Brown Hotel: When traveling to Louisville for the first time, you really have to try a hot brown at its origin in the Brown Hotel. “It just hits a niche that’s not really met,” Ritchie says. “You’re splurging a little bit in that moment and that’s what this idea of comfort is all about. It’s over the top and high quality.” And while having the hot brown at the Brown Hotel is definitely a bucket list moment, you can also make it at home following the recipe on the website.

The Café: A well-loved casual breakfast and lunch spot that serves a long menu of Southern food classics. The hot brown, in this case, is of course the one to order.

Troll Pub Under the Bridge: An underground pub that serves solid food alongside a long list of beers and a full bar menu. The history at this location includes time as a hotel, railroad headquarters, and a building along what was once known as Whiskey Row — and that was all before the hot brown was first invented.

Spirits + CocktailsThe secrets to understanding bourbon, according to those who make it
Tagged
Food + Drink Restaurants + Bars Kentucky, United States
What did you think of this story?
Meh
Good
Awesome

The most iconic dessert from each of Italy’s 20 regions
New Jersey sandwiches are an art form. These are the 9 sandwiches to try.
The truth about artificial vanilla extract (and why you should always splurge for pure)
This neighborhood in New Jersey has some of the best Portuguese food in the country
7 decadent global cheesecake styles you need to try

17 signs you were born and raised in Kentucky

14 photos that will make you want to visit Kentucky

10 awesome experiences you can only have in Kentucky

12 facts about Louisville that will surprise you

9,000 bourbon barrels were destroyed in a warehouse collapse

The best barbecue cities in the country, according to TripAdvisor reviews

All the essential stops on a seafood tour of Washington state

9 restaurants that show off Philly’s diversity, according to a James Beard nominated chef

This map shows the cheapest Michelin-starred restaurants around the world