You don’t need to join some secret society or pledge your first born to get to the most remote bar in the world. But you do need to find yourself a fishing boat a year or more in advance that will take you on a six-day journey to Tristan da Cunha island, which is located nearly 1,800 miles from Cape Town in the middle of the Atlantic Ocean. Before that, though, you’ll need to contact the local government and ask for permission to visit — without it, you’ll be turned away. Only then can you have a cold one and maybe shoot some pool and play darts where few have done so before.

It’s a long way to go (and, frankly, a lot of work) just for a beverage, but it’s an experience unlike any other. The bar is called Albatross Bar, and it’s located on the eastern side of the local common house, Prince Philip Hall, in the village of Edinburgh of the Seven Seas. There’s a full selection of wine, beer, and spirits, as well as a pool table for some friendly competition. If you come on the right night, you might have the chance to sample some homebrew from one of the islanders, of which there are less than 300.

Visitors on TripAdvisor describe Albatross Bar as “a must visit,” where you can sip on imported, cheap South African beers. While it may not be the fanciest of drinking establishments, especially in a world increasingly focused on craft cocktails and luxe interiors, one thing Albatross Bar definitely has over every other bar in the world: locals who will talk to you about what it’s like to live more than a 1,000 miles from any other humans. It’s probably a tired conversation topic for them, but they’re friendly and will indulge over a drink.

You have to respect a place that’s so remote, yet still manages to put an emphasis on having a good time. The island, which is also an active volcano, was first named in 1506 by a Portuguese sailor named Tristão da Cunha. No one moved in, probably because it takes days to get there. The British annexed it in 1818 and founded Edinburgh of the Seven Seas, making it just like the original Edinburgh in Scotland, but without all the whisky or civilization.

Island life has its ups and downs on Tristan da Cunha, giving people plenty of reasons for a drink. One of the more dramatic is, in 1961, the volcano that created the island erupted. The residents fled to the UK for two years before returning to start anew. When they returned, they collectivized the land, planted potatoes, brought over cattle, and built a supermarket. And, despite some other natural disasters taking their toll over the years, that’s how things have stayed for the 70 or so permanent families. Some of the buildings are new — the bar was built in 2001 after the previous building was damaged in a hurricane — but the vibe has stayed the same. 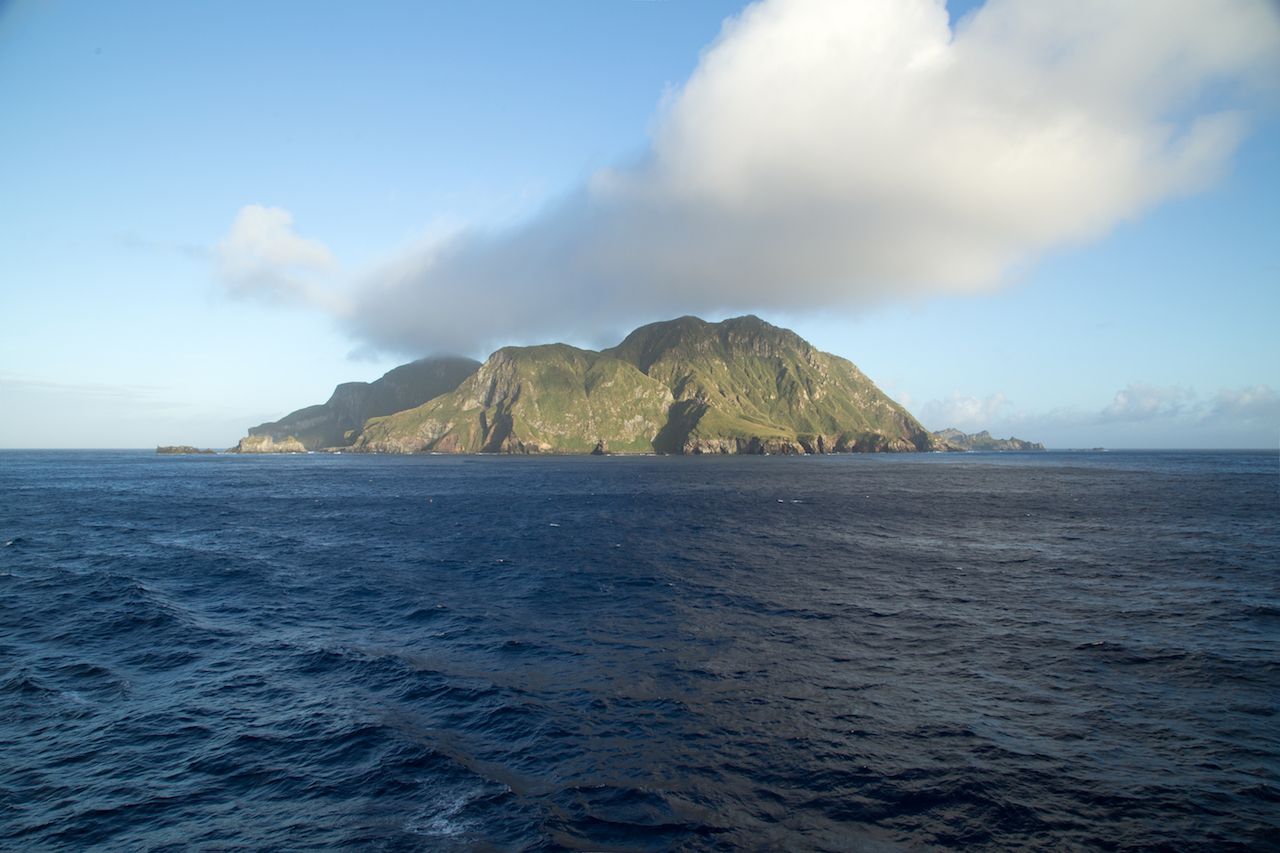 The island works hard to keep that vibe consistent. Every visitor to the island is required to email the Secretary to the Administrator to outline the full purpose of the visit, the proposed dates, how they’ll get there, nationality, age, and where they’re staying before, during, and after their visit. They could even ask for a person’s criminal record. If these demands aren’t met, the island’s government page states, “Council may refuse a visit by anyone if they judge it not to be in the public interest.”

Once, or if, you finally make it there, enjoy. The bar regulars have a reputation for being welcoming — maybe because they get such infrequent visitors, being 1,800 miles from the mainland. Or maybe they believe if you’ve worked that hard to get a drink, you’ve earned the pleasure of their company.

Trip Planning9 of the Earth’s most remote places and communities to check out in 2018
Tagged
Food + Drink Restaurants + Bars Beaches + Islands
What did you think of this story?
Meh
Good
Awesome

The truth about artificial vanilla extract (and why you should always splurge for pure)
10 spicy, rich, nourishing vegan and vegetarian Ethiopian dishes
The 10 most vegan-friendly cities in the world
2021 is the year to try a vegan hotel. These are the world’s best
For this Indian community, veganism is one part of a holistic existence

Virginia is for outdoor lovers