The skyline of Dubai’s oldest neighborhood, Al Bastakiya, better known as the Al Fahidi Cultural and Historical District, is dotted with chimney-like, four-sided structures with openings that rise up from the rooftops of local homes. And while these may look like architectural flourish, they’re much more: These are the ancestors of A/C units.

These vertical structures are wind catchers, or wind towers, that are thought to originally come from ancient Egypt and Persia. Paintings depicting similar structures atop Pharaoh Nebamun’s residence that were found near Luxor, Egypt, seem to date from 1300 BCE, the BBC reported. However, some Iranian architects believe that wind catchers originated in Iran after archaeologists found wind tower-like structures in the ruins of a temple from 4000 BCE. 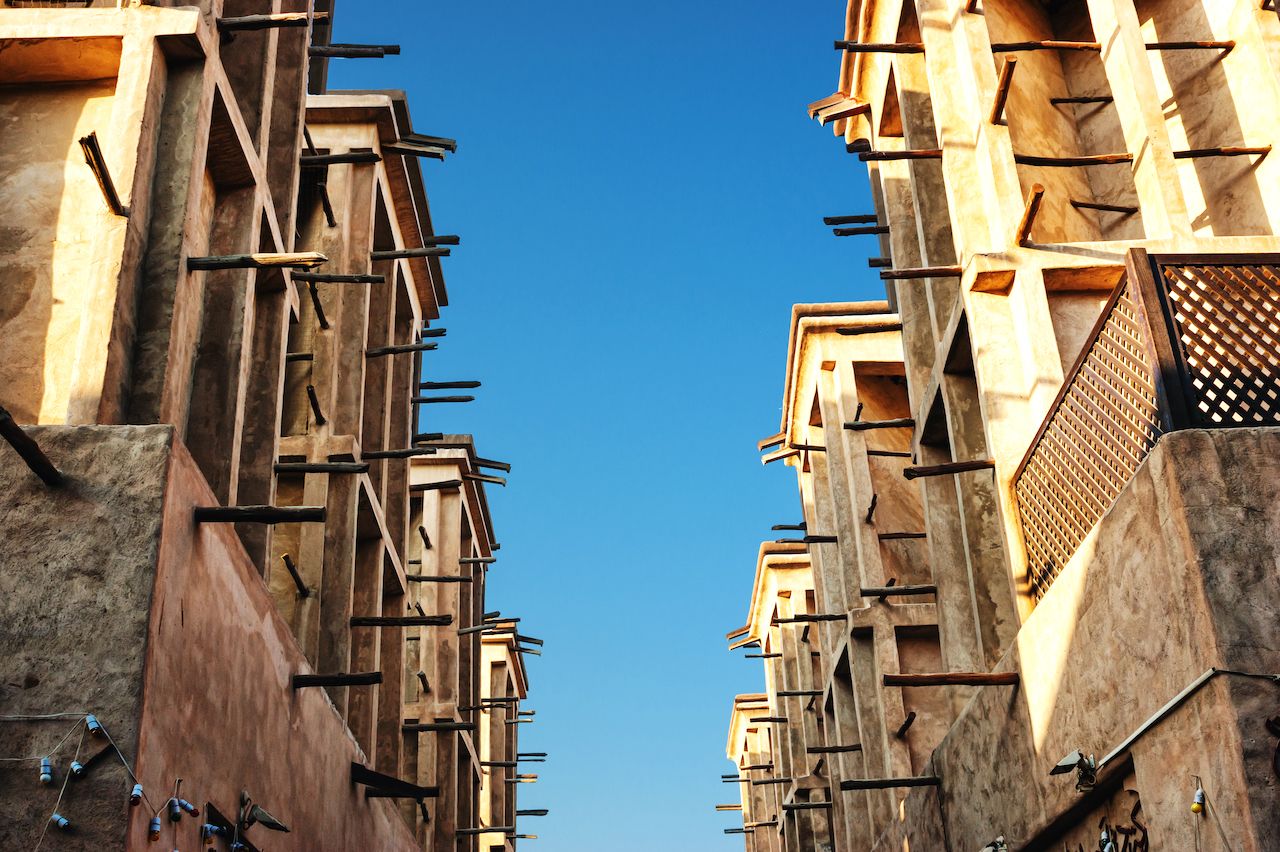 It was only in the late 19th century that these cooling systems began to appear in Dubai, where they’re known as barjeel. The flourishing pearl trade saw traders and craftsmen from neighboring countries come to Dubai and Abu Dhabi. Some of these artisans brought with them construction knowledge of how to beat desert heat. The wealthy traders then adopted the elements for their own homes. Studies have found that wind towers can lower the interior temperature of homes by about 10 degrees Celsius (about 50 degrees Fahrenheit) compared to the scorching heat outside. Gradually, these towers became a permanent feature of almost all homes in the old district.

The earliest wind towers in Dubai were made of palm fronds. The material is susceptible to fire, however, which prompted locals to look for more resistant materials like sea stone and coral that were abundantly available.

How wind towers harness the wind to ventilate homes

Besides being an attractive architectural element, wind towers function as excellent sustainable, energy efficient ventilation systems — especially when compared to A/C units, which can leak hydrofluorocarbons and increase energy use.

Operating on the concept of air pressure difference, traditional towers have partitioned openings on all four sides, a roof, and a wind shaft to allow the hot air of the interiors to escape from the vents while capturing the cooler air and directing it through the channel in the interiors. Wet cloth partitions are hoisted on bamboo poles around the openings to cool the incoming air.

Most of the houses with wind towers are found in older parts of Dubai. You can also see an example in Dalma, Abu Dhabi, at Bayt al-Muraykhi, which was once the house of a wealthy pearl merchant and is the oldest standing house in the city. Converted to a museum now, it has a two-story wind tower. 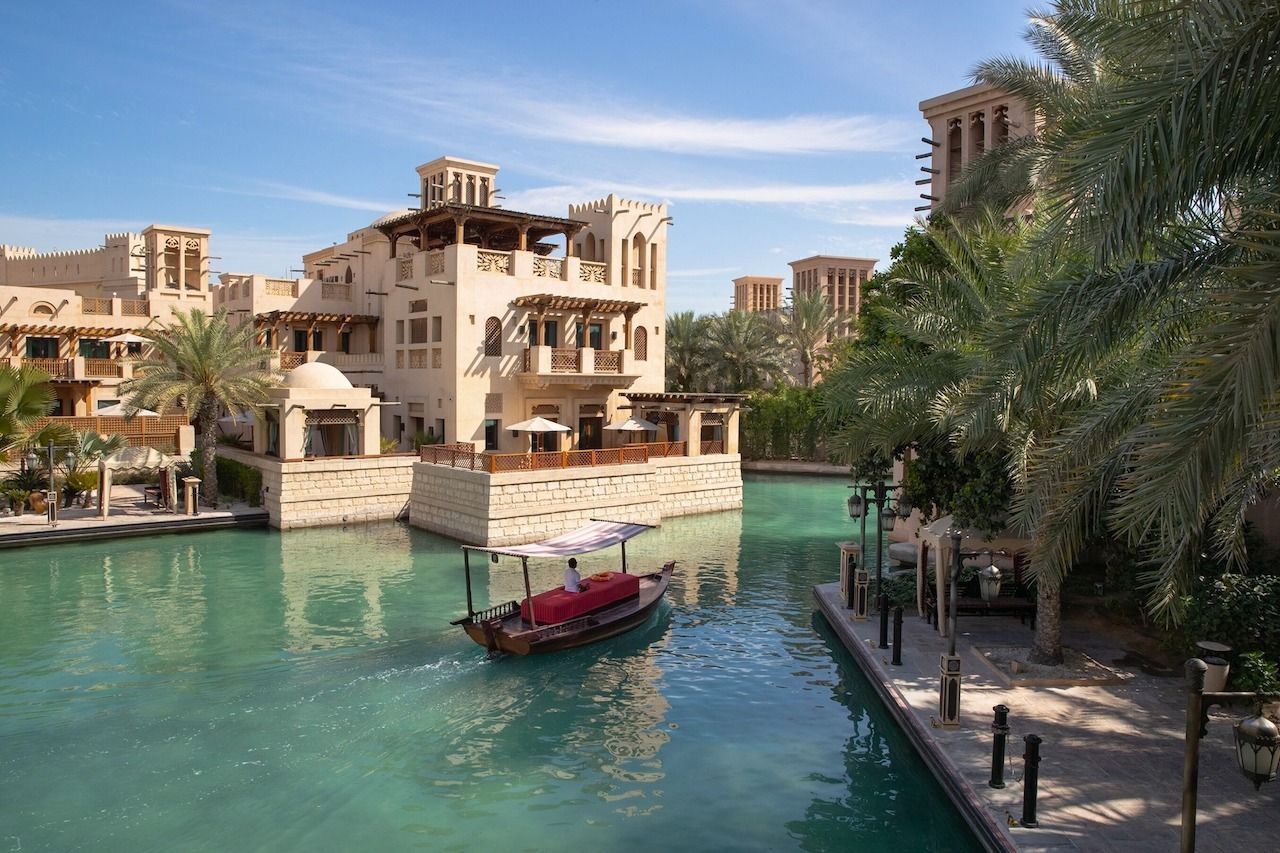 The modern contemporary architects of Dubai have tried to incorporate traditional features of architecture-like wind towers in present-day buildings with an aim to reduce dependency on air-conditioning. With the concept of natural cooling, the modern wind towers utilize traditional knowledge with modern techniques and materials.

Madinat Jumeirah, the iconic Dubai resort, is designed as a traditional ancient Arab town inspired from Al Bastakiya. It combines the concept of shaded courtyards and ventilation through wind towers for cooling. 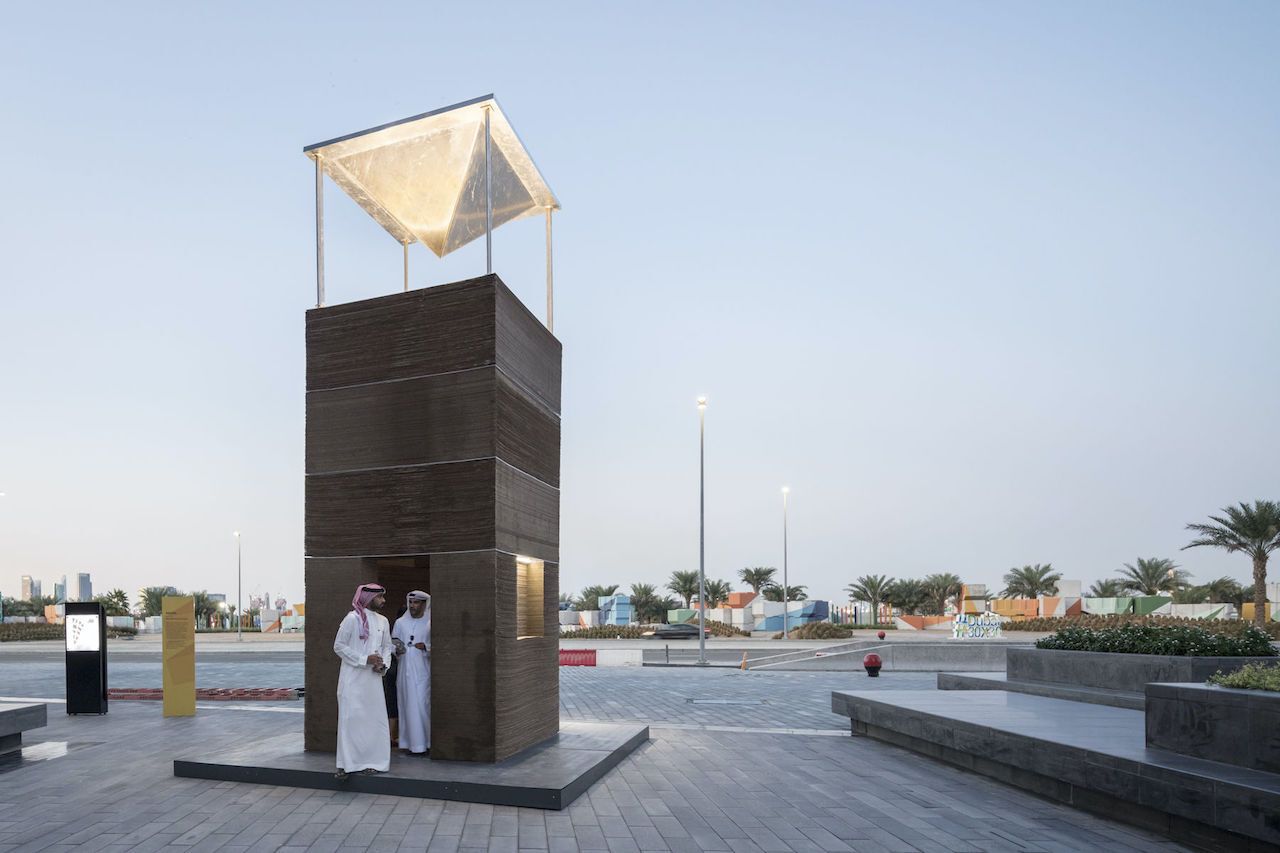 A wind tower installation aptly called the Barjeel, in Dubai’s design district, was created by MAS Architecture Studio for Dubai Design Week in 2019. It reimagined a traditional wind tower made with 480 layers of recycled cardboard. With an aim to honor regional traditions, this installation with a circular base and a 18-foot-tall square body has seating space inside for visitors to relax. It works exactly on the same principles of heritage wind towers.

Wherever you look in Dubai, there’s a good chance that you can spot these gorgeous and historical cooling systems. And the fact that they’re a more sustainable option than A/C units makes them all the more admirable.

CultureWhy Dubai Is the Best Destination for First Timers To the Middle East
Tagged
Art + Architecture Sustainability Dubai, United Arab Emirates
What did you think of this story?
Meh
Good
Awesome

I'm an American Expat Living in Dubai, Here's What It's Like To Watch the US Election

9 Things I Wish I'd Known Before Moving To Dubai