It’s long been known that Halloween has its origins in the fall equinox, when nights get longer and winter sets in. Likewise, Easter, despite being a Christian holiday, has elements rooted in the pre-Christian celebration of another equinox: the spring one. After all, it makes sense to celebrate the ascension of Jesus just when the world seems to be coming back to life after winter’s chill.

And it also makes sense that, somewhere, the early pagan rituals around these equinoxes might somehow be conflated and perhaps mixed and matched a bit.

So it is in Finland — where witches don’t emerge on October 31 but rather on Palm Sunday or on Holy Saturday, the day before Easter. Young kids dress up as little witches, emphasizing the witches’ youth by painting tiny freckles on their faces. They stroll the neighborhoods, offering blessings in return for treats.

“We dress up as witches and give out sticks that are decorated with feathers and other stuff and people give us candy or money,” says Eevi Paasivaara, a Finnish university student. “It’s pretty much the same as trick or treating.” 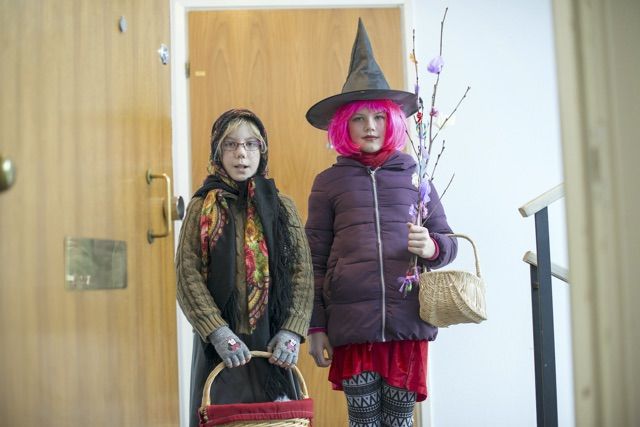 In fact, the event combines non-pagan concepts as well. The sticks that the kids give out are said to represent the palm branches that were laid down when Jesus arrived in Jerusalem in what now is celebrated as Palm Sunday.

Given that palms are rare in these northern parts and that leaves aren’t found around during this season either, twigs will do. The tradition was adopted from neighboring Russia, where the Russian Orthodox church used birch twigs in place of the palms.

In fact, the holiday’s name, Virpoa, comes from the Finnish word for twig, which is “varpu.”

“Virpoa only means this particular tradition, but the etymology is from twig. Same as my name,” says Virve Kuusela, who used to celebrate it in her hometown of Rovaniemi, in Finnish Lapland.

The concept of witches came from Sweden and Western Finland, where according to tradition witches emerged on Maundy Thursday, the day that Judas was said to have betrayed Jesus, unleashing evil — and hence sorceresses — into the world.

The freckles and smiles are a way to upend that concept and make it fun, particularly for kids.

Sari Hey, PR and Media Manager for Business Finland – Visit Finland, says she usually walked with a couple of friends through her building, where she knew the fellow residents who would open the door to give out treats. She would also go door to door at her grandmother’s apartment building, which she says felt different as she wasn’t sure who’d be behind the door. But that building had an upside as well.

“You would get more treats from the elderly as fewer kids would be visiting,” Hey says over email.

While nowadays some kids might don witch hats like those we see on Halloween, they are still more likely to be wearing headscarves scrounged from a mother’s closet. Headscarves are something we might associate with, say, the old hag who gave Snow White a poisoned apple.

Like scary witches, the kids have a rhyming incantation, as well — although its meaning is actually rather friendly. In fact, they are meant to bring good fortune and drive away bad spirits.

This translates to “I wave a twig for a fresh and healthy year ahead; a twig for you, a treat for me!” 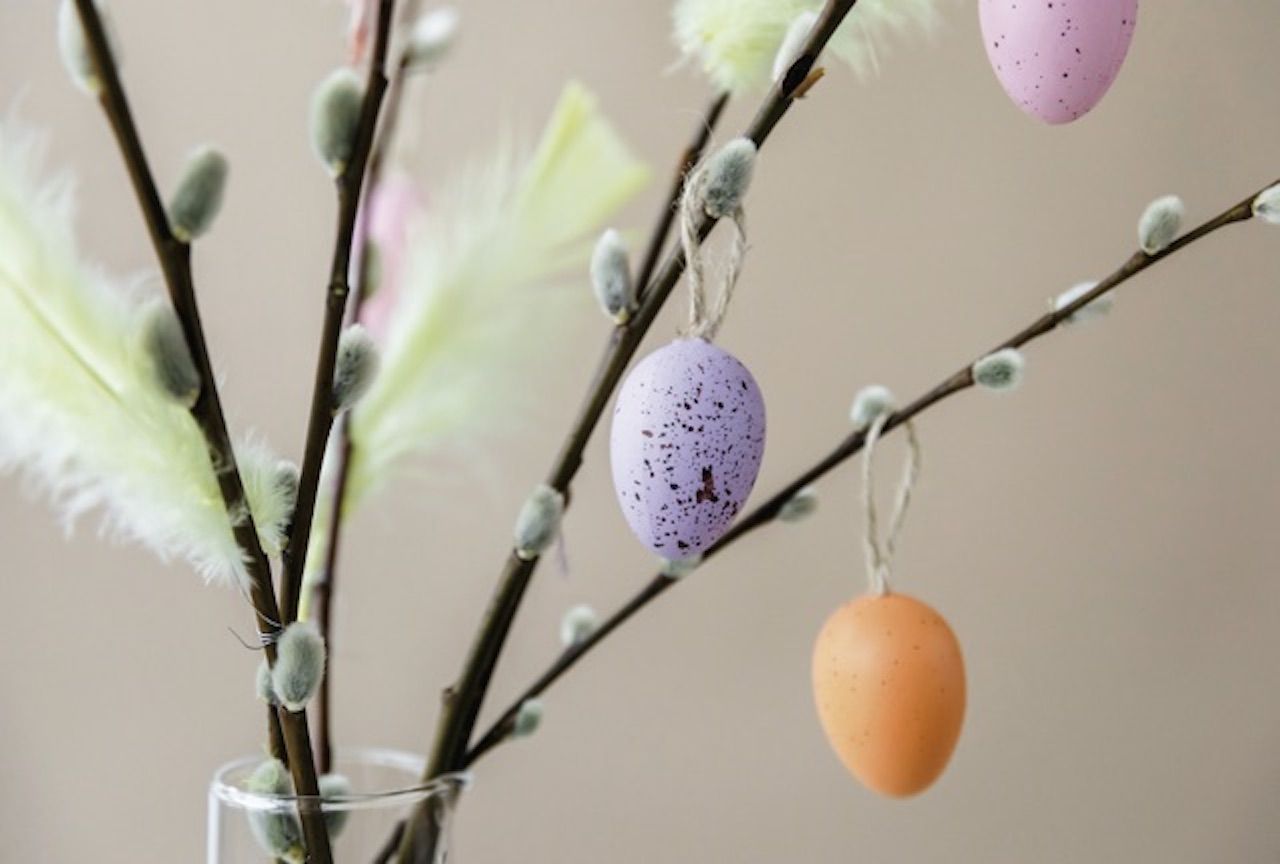 Twigs aren’t only given away; they are also used to decorate houses at Easter time — hung with painted eggs. The eggs harken back to the pre-Christian celebration of the fertility goddess Ostara, from whose name the holiday is derived, at the spring equinox. The lovely effect is like a more sparse take on a Christmas tree.

Lest the little witches’ blessings fail to fully drive the bad spirits away, bonfires are also lit on Maundy Thursday to really make sure they get the message.

While girls may once have outnumbered boys in celebrating the tradition, Finland is an egalitarian place, and the chance to collect Easter chocolates, candies, or even coins is shared with boys as well.

“Both boys and girls do it,” assures me Kuusela. And despite the snow still on the ground in a place like Lapland, the weather was always pleasant enough to go door to door, says Kuusela. She adds that she has “only good and very friendly memories” of the tradition.

Hey of Visit Finland agrees. “It is a lovely tradition, and I am glad that it still exists (even this year despite the pandemic),” says Hey.