Eating pizza in Paris may sound counterintuitive. France is known for its haute cuisine and fine wine, after all, and that cuisine is distinctly French, not Italian. Pizza isn’t on the list of iconic French food and wine pairings. Yet hitting the City of Lights without chowing down on a homemade pie is actually borderline sinful.

Despite being known for French pastries, bisques, baguettes, and boeuf bourguignon, France is very much a pizza-loving country. The French eat 22 pounds of pizza per person annually — the second most in the world after the US, which consumes 28 pounds per person annually. According to a study dug up by The Local, pizza is France’s number one comfort food. Paris, as the capital of France, is filled with just as much (if not more) pizza lovers as the rest of country.

Could it be the city’s proximity to pizza’s motherland? Or perhaps its longstanding history of all-around gastronomical goodness? Maybe. Regardless, all this dedication to pizza has led to some seriously good pizzerias in Paris that you need to schedule into your trip. So next time you find yourself in Paris, consider swapping comté and croissants for a solid slice.

If you’re visiting Paris, book one of these classic Paris Airbnbs for your stay. 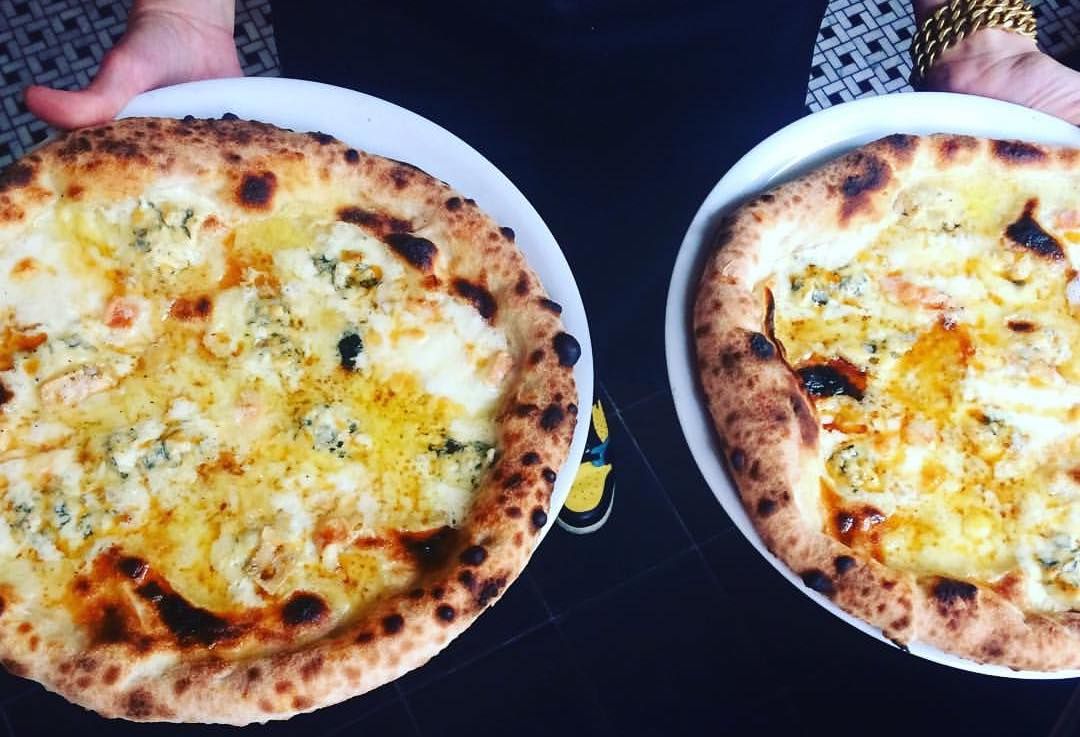 Located in Paris’ trendy 11th arrondissement, Louie Louie might just claim the title for best pizza in Paris. Louie Louie opened in 2015 and features a regular list of 16 different pizzas with daily rotating specials. No matter the pie, each one features fresh, seasonal ingredients. The restaurant’s warm wooden interior and minimalist decor add to the charm, and there’s a solid cocktail list to go with the slices. Louie Louie also wins out in terms of location. The neighborhood has a bustling natural wine scene, and Louie Louie is the perfect place to put something in your stomach before hitting Rue de Charonne’s many, many wine bars. 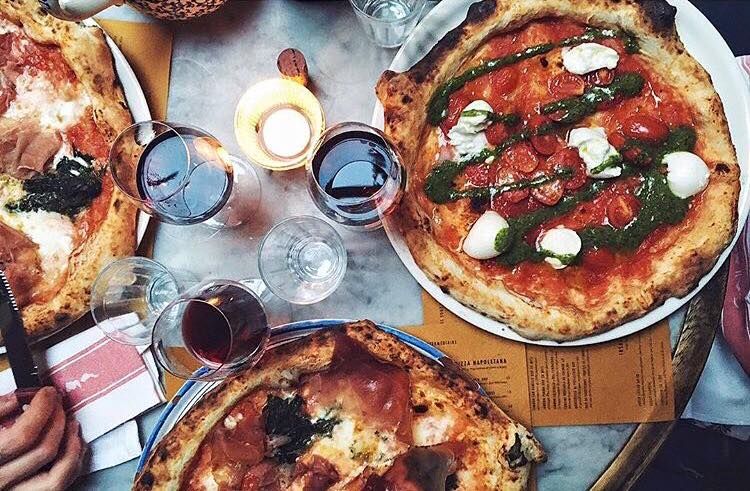 Ober Mamma is owned by the Big Mamma Group, which has seven Italian restaurants. This is one pizza lovers need to pay attention to. The joint proudly owns two wood ovens — a rarity in Paris — each capable of firing up fresh pizzas at over 450 degrees Celsius (over 840 degrees Fahrenheit). The Pizza Middleton and white pizza are both to die for, especially when served up alongside an ever-flowing cocktail list that features punches, pisco sours, and various Italian amari. Be warned: snagging a spot at a place this popular doesn’t come easy. Plan to queue up for 15-40 minutes before chowing down. 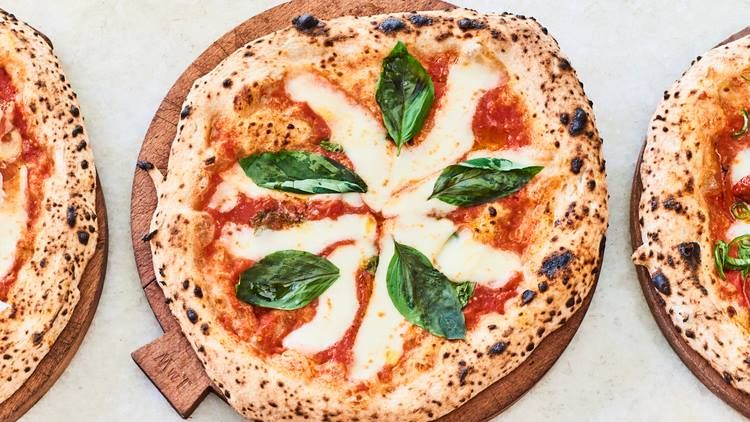 For the city’s most up-and-coming-pizza neighborhood, head to the 20th arrondissement. Located on the bustling Boulevard de Belleville, Tripletta first opened its doors back in 2016, serving up fresh, Neapolitan-style pizzas with soft crusts and a focus on fresh ingredients. Pizzas are split into four categories on the menu: cream, classic, tomato, and calzone, offering an array of options for varying levels of hunger. Desserts, cocktails, and beer on tap are also available. You won’t leave here hungry — and venturing out to the 20th is worth the trip for ‘za this good. 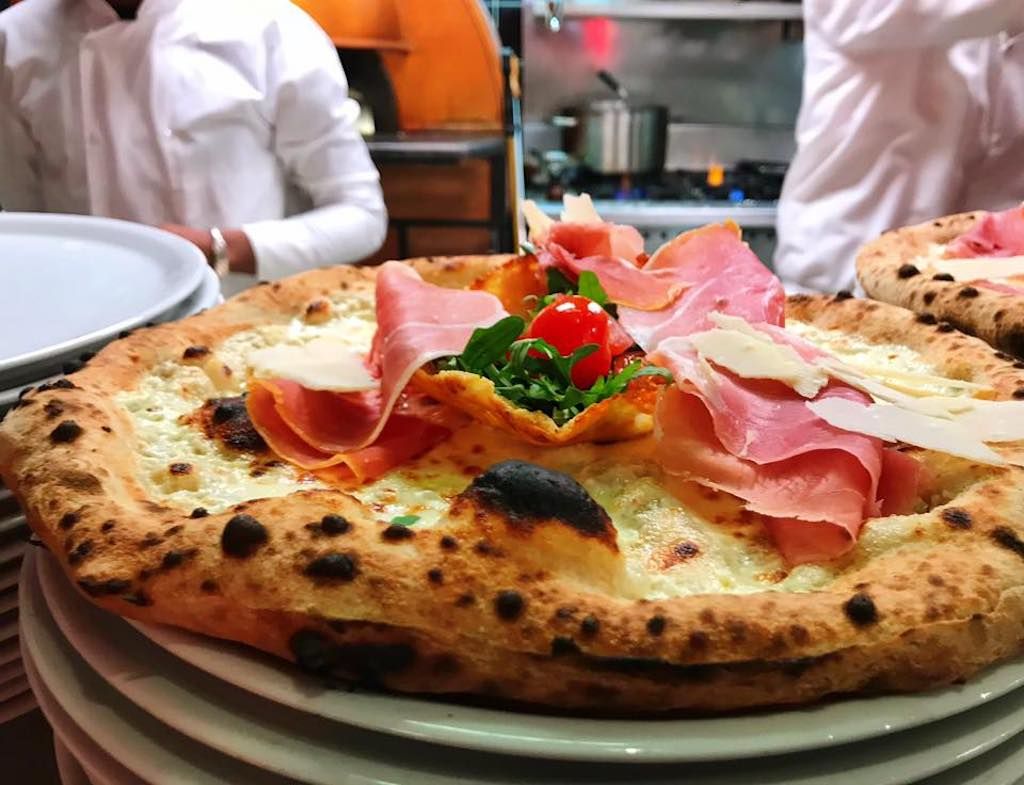 On the Left Bank of Paris in the 14th arrondissement, there’s La Fabrica. Here, you’ll find an extensive list of Neapolitan-style pizzas and pasta served in a warm, hospitable environment. During warmer months, be sure to snag a seat outside underneath the red neon lights for people watching. The margherita pizza and capricciosa are your best choices, especially when washed down with a spritz (or two.) 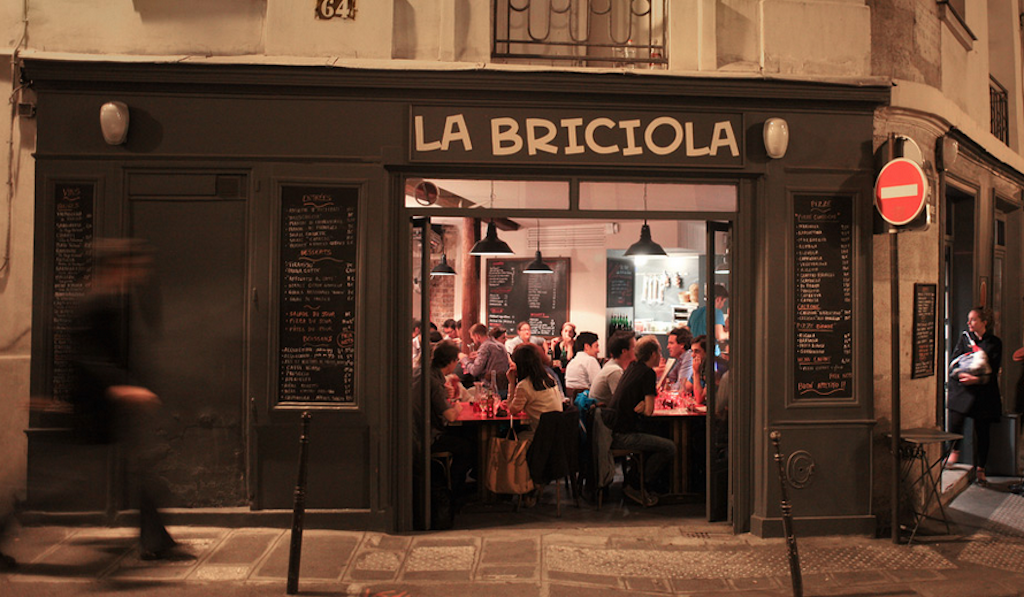 Even the historic Marais district isn’t left out of the pizza party. Whether lodging in one of the neighborhood’s chic hotels or simply shopping through the many boutique clothing stores, La Briciola is the perfect place to satiate early afternoon or evening (post 7:30 PM) hunger. Known for its white pizzas, appetizers, and massive meat calzones, La Briciola offers relatively affordable dining in one of the city’s more expensive neighborhoods. Although it’s usually packed, you likely won’t have to wait too long for a seat. A helpful note for tourists: The staff speaks English, French, and Italian.

Food + DrinkThe 17 Weirdest Things People Do To Pizza Around the World
Tagged
Food + Drink Paris, France
What did you think of this story?
Meh
Good
Awesome