The first thing you notice about Sobrino de Botín is the smell.

When you enter the 430-year-old building, you’re hit by mouthwatering aromas of garlic, bay leaves, and slowly roasting pork. Botín serves some of the most captivating food in Madrid — just mention the cochinillo asado (roast suckling pig) to a local and you’ll see their eyes glaze over and their mouths salivate.

But it’s not just the food that makes this place special. According to the Guinness Book of World Records, Botín is also the oldest restaurant in the world, and going there is like stepping back in time. When you eat at Botín you get a master class in Spanish gastronomy from a place that locals have been eating at for centuries. You might even get a glimpse of Spain’s king as he comes in for lunch.

The story of Botín goes back to the founding of Madrid. When King Phillip II ordered the royal court to move to Madrid in 1561, he transformed this small country town into the nation’s capital. The city had an influx of new construction, including the building that now houses Botín, which dates back to 1590. Today, the original 16th-century cellar is still used to store the restaurant’s wine. 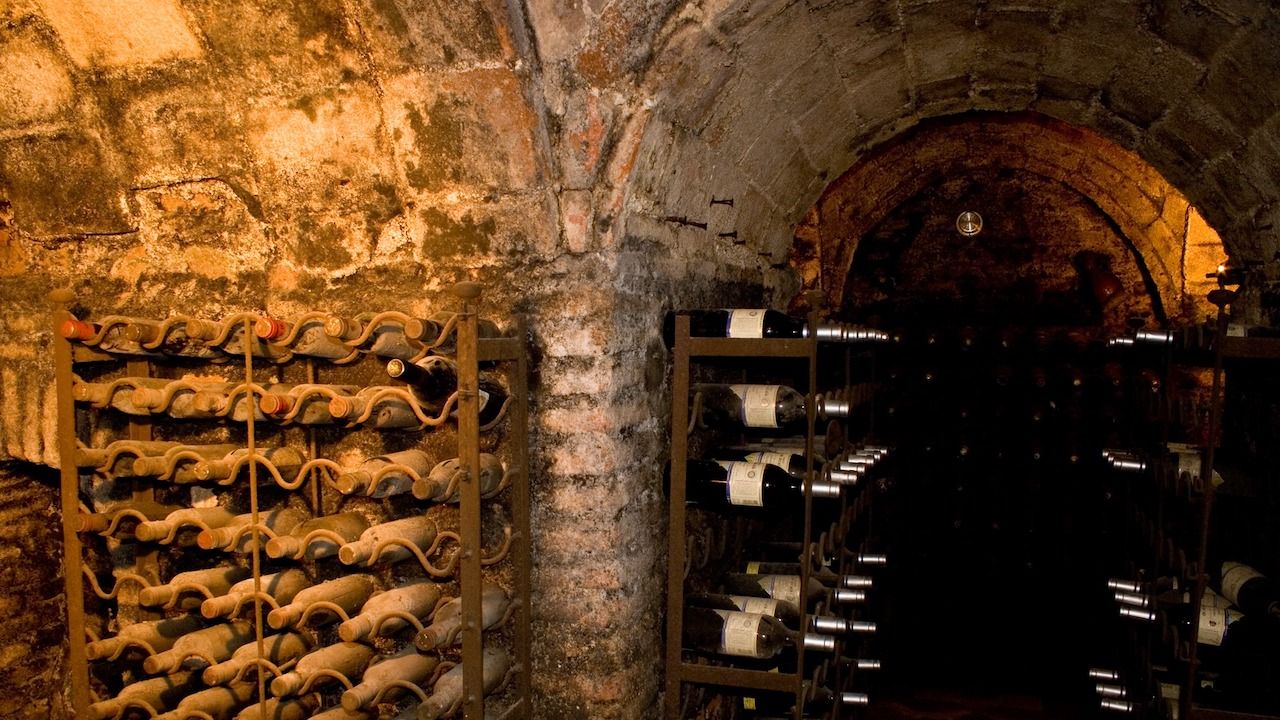 In the early 1700s, French chef Jean Botín moved his family to Madrid to work as a palace chef. His nephew opened a restaurant in 1725, which took on the name Sobrino de Botín (Botín’s Nephew). Over the centuries, this tavern has served traditional, hearty food to local diners and famous guests like Hemingway, Benito Pérez Galdós, and Spain’s king. Famous staff have passed through as well — Francisco Goya is said to have washed dishes here in 1765 before he became a famous artist.

Today, slow-roasted meats are the specialty at Botín, and locals pack the house to try the cordero lechal (roast suckling lamb) and the famous cochinillo. You can hear diners cracking through the crispy skin of the pork throughout the restaurant as you enjoy your meal. The meat — the famed Segovia suckling pigs and lambs — arrives three to four times a week from farms in the nearby provinces of Sepúlveda, Aranda, and Riaza. Along with the ingredients, part of what makes the meals so special is the oven. It’s the same oven used in 1725, and legend has it that the fires that fuel it have never been extinguished. 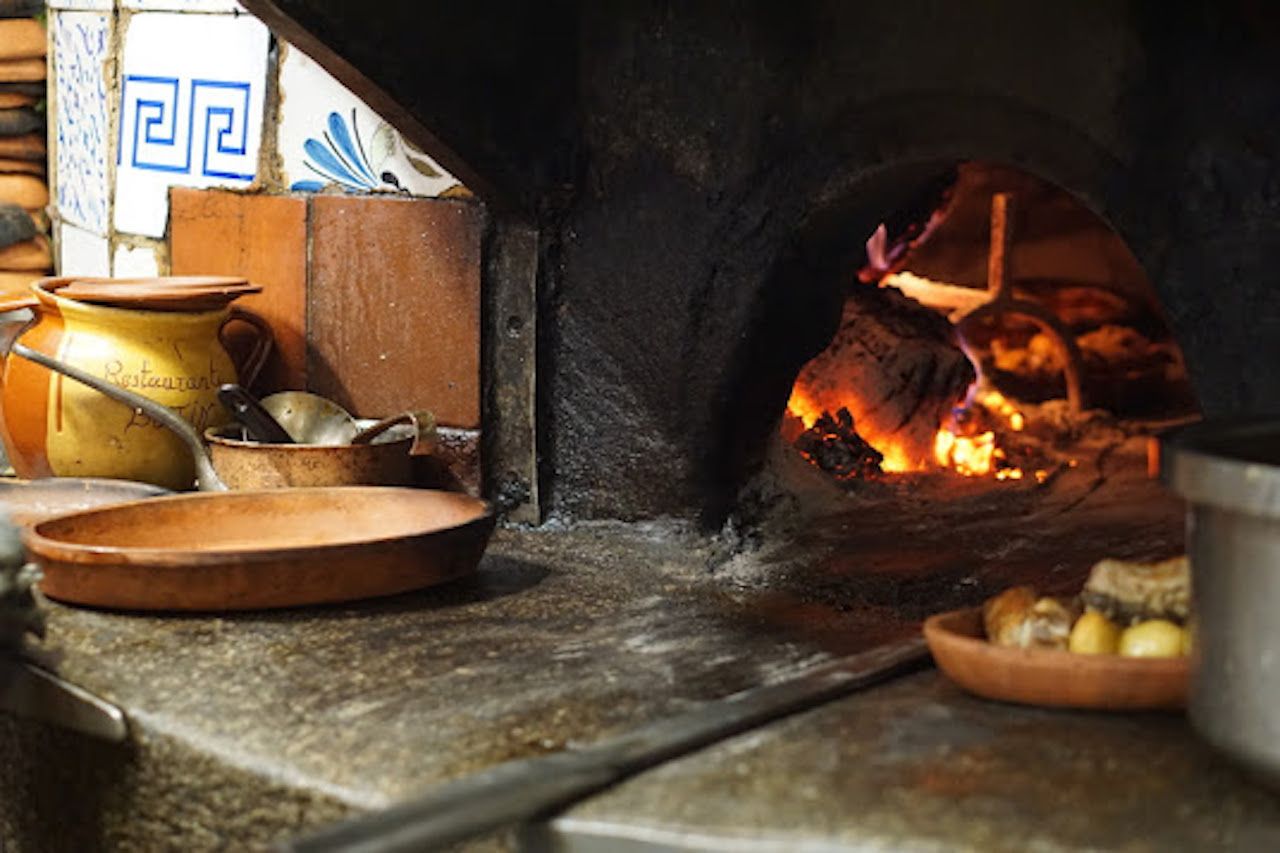 At the start of the 20th century, Amparo and Emilio Gonzalez bought Sobrino de Botín. They lived above the restaurant and worked alongside their three children.

The start of the Spanish Civil War in the 1930s put an end to their expansion plans. Amparo fled the city with the children while Emilio stayed behind to care for their home, turning the restaurant into a military canteen. The scars left by the war are still visible today, and the upper balcony, destroyed by shrapnel, has never been repaired.

Today, Botín is run by the third generation of the Gonzalez family, who returned after the war to rebuild. They have one of the most sought-after pieces of real estate in the city, and the surrounding streets have slowly started to succumb to changing times. Where once there were local taverns and mom-and-pop grocery stores, now there are tapas bar chains and souvenir stores.

But the Gonzalez family has survived and they’ve changed very little of their beloved Botín. It’s still an oasis of traditional life in the middle of modern Madrid, and if you’re not careful you’ll walk straight past without noticing.

How to visit Sobrino de Botín 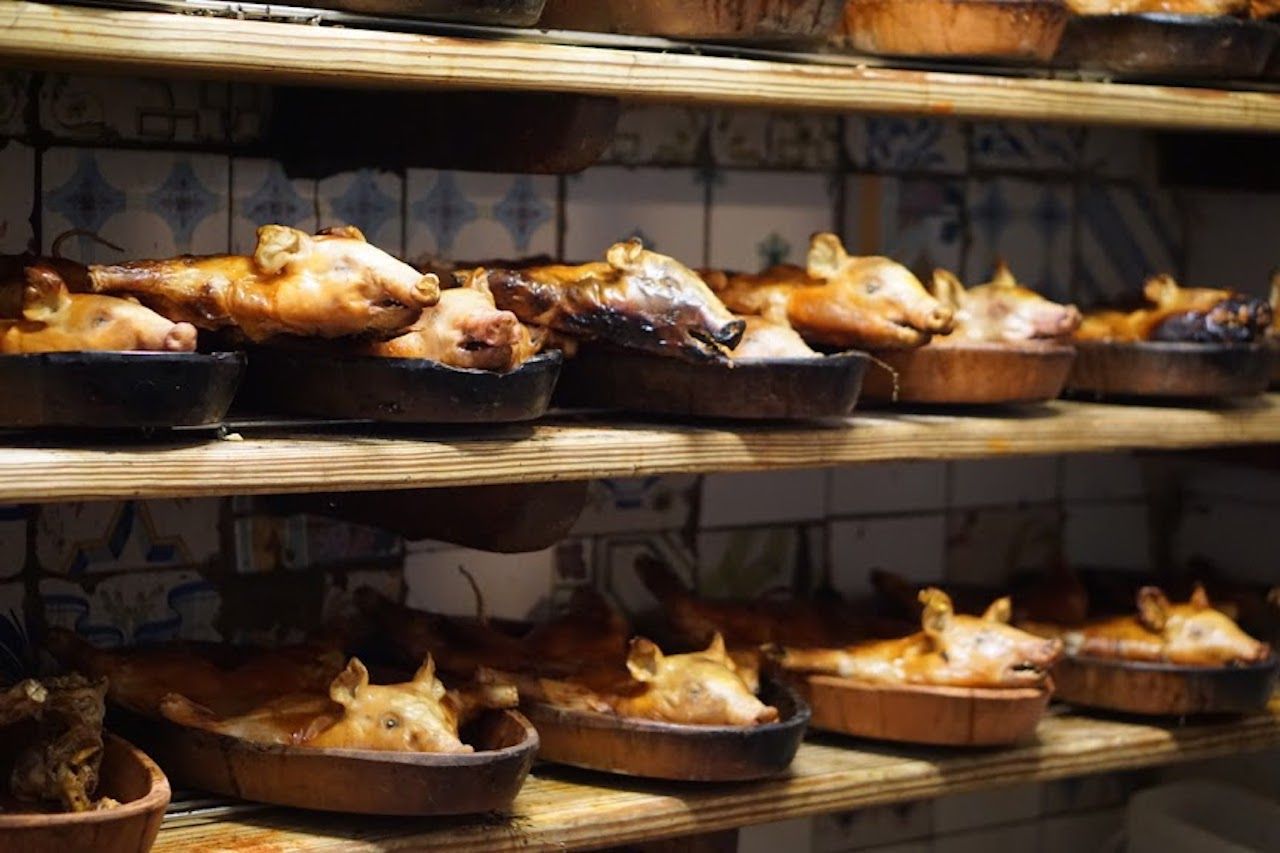 When the royal family visited Botín in 2011, they dined on the same dishes served to the restaurant’s regular customers. This is some of the best food in Madrid, whether you’re a royal or a commoner.

The meal starts simply: an aperitif of vermouth alongside brined olives. Next come plates of wickedly salty bacalao (cured cod), scrambled eggs mixed with chorizo and Spanish blood sausage, and, finally, the beautifully tender, crispy-skinned deliciousness of the roast pork.

Like most traditional taverns in Madrid, eating at Botín isn’t quick. A meal takes at least two hours, and you’ll see your fellow diners immersed in conversation between courses. Spaniards call it sobremesa: the mealtime ritual where you discuss everything from family gossip to the latest political dramas. It’s a chance to bond with your table over shared food, wine, and conversation.

You can book a table at Botín directly on its website, but a reservation alone won’t let you see the best bits of the restaurant, like the 300-year-old oven and the 16th-century wine cellar. Locals get to see these gems if they “know a guy who has a cousin working there” (why change the way Spain has worked for centuries?). But tourists can also get a glance by booking a tour of the restaurant. Look out for the experiences offered by companies like Devour Madrid and Insiders Madrid.

Whether or not you get to see the cellar, the kitchen, or just enjoy the best pork of your life, visiting Botín is a must. Just make sure to come hungry.

Food + DrinkNo Trip To Madrid Is Complete Without Trying Cocido Madrileño
Tagged
Restaurants + Bars Trip Planning
What did you think of this story?
Meh
Good
Awesome