The EatOkra app is booming. Anthony Edwards, who founded the app in 2016 with his wife Janique, says that in the wake of the social uprising spurred on by the alleged murder of George Floyd at the hands of a police officer, the app has seen around 100,000 new downloads. That’s compared to last year when the app netted 12,000 downloads in total.

And it’s not just users who are growing: The database — which currently lists 2,600 Black-owned restaurants, bakeries, cafes, food trucks, bars and wineries — is on the verge of a major expansion. Around 5,000 new businesses have reached out to Edwards since June 1, requesting to be added to the EatOkra directory. It’s so much new interest that he and Janique simply don’t have the bandwidth to handle all the new data pouring in. While they raise money to hire more employees, they’re marveling at the recent response to the app.

“We’re definitely happy people are finally catching on to what we’ve been doing. Some people think that we just did this because of what’s going on and like, you do your homework, we’ve been doing this for a couple of years now. We’ve always been in this space, supporting Black restaurants,” Edwards tells me.

In fact, the app was born out of Edwards’ own desire to have a database of readily available Black businesses he could turn to whenever he’s in a new city. The couple got the idea for the app when Janique moved from the Bronx to Brooklyn. Unfamiliar with the neighborhood, they hopped online to find out how to support Black-owned businesses nearby. Their research turned up blog post after blog post listing restaurants they wanted to visit, but no centralized database. 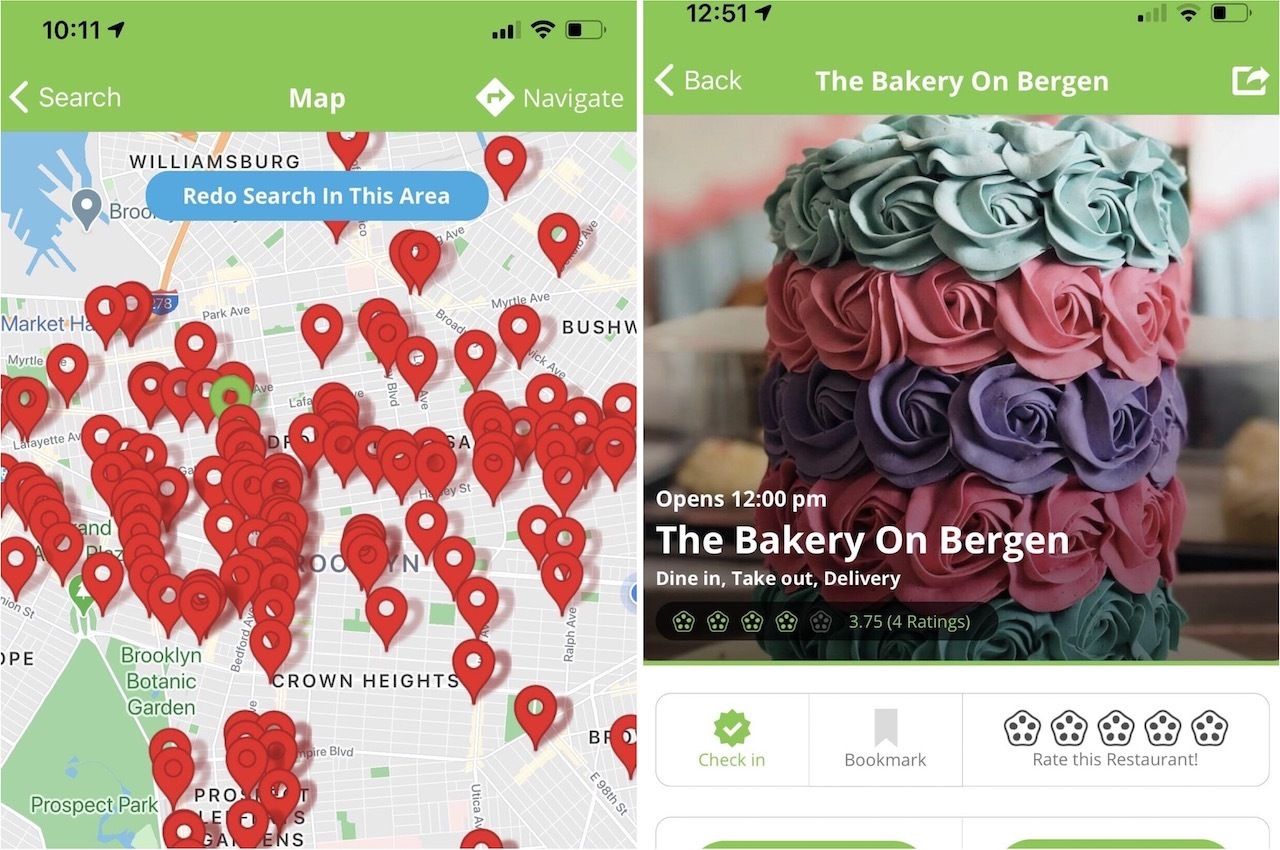 Edwards, who studied computer science in college, and an aspiring entrepreneur at the time, figured he could put his skills to good use, creating that very database that would make it much simpler to track down Black-owned businesses and give them your money.

“I think we want people to just know that EatOkra is there, so they have the option. We’re not saying you have to shop Black or always do that, but at least know that there are lists of Black-owned restaurant alternatives, or even like, maybe you just want Caribbean food. Maybe you just want to experience something different,” says Edwards.

The app is more than a resource for any curious or socially conscious diner. They also created EatOkra specifically to be a way for Black people to find establishments where they feel safe. The nation is experiencing a kind of deja vu at the moment. In 2016, similarly passionate protests against police brutality following the deaths of Philando Castile and Alton Sterling broke out across the country. This was the political backdrop for the app’s creation.

Ultimately, the couple hopes that EatOkra can build community by encouraging people to see Black-owned restaurants as more than just neighborhood spots to eat. These establishments are run by real people, who can serve as pillars in their communities — serving not just food but a safe gathering place where locals and visitors alike can bond over a shared experience.

This is not just wishful thinking about the world that could look like if more people supported diverse restaurants. EatOkra really works, and the Edwards have proof.

“We get emails pretty much every day from someone thanking us [or] saying ‘I’m from New York, but I just moved to Oakland, this app has helped me tremendously.’ And not just from users, but from business owners as well,” says Anthony. “I just spoke with an owner Saturday, and he told me that people have really been coming into the store, because we’re on the app.” 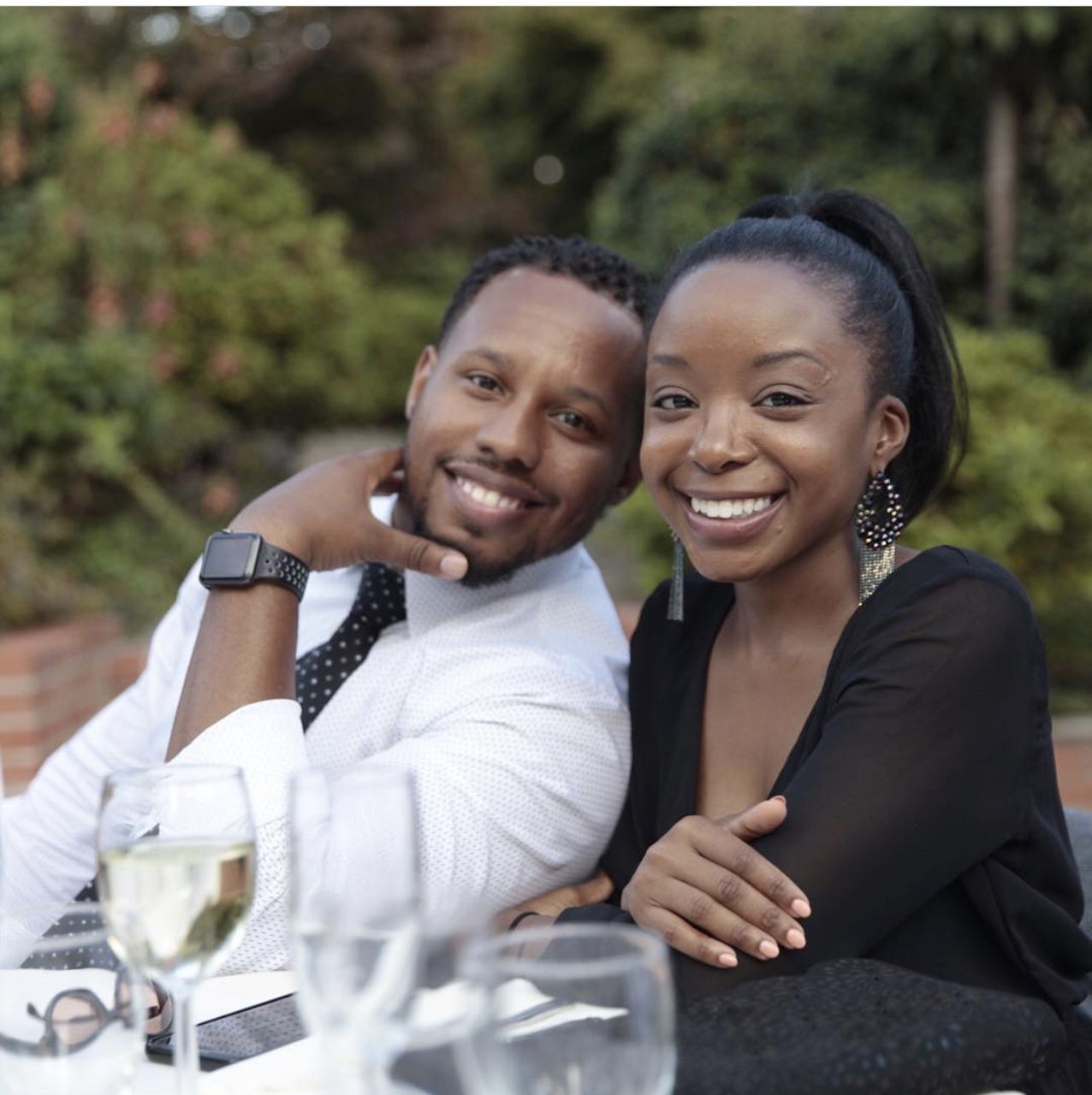 The idea of fellowship is at the heart of EatOkra, and crucial to understanding how the app is more than just a directory. One the one hand, it lifts up Black-owned businesses, giving them a platform where they are at the forefront, rather than pushed to the margins — which is where they often end up in other print and online food-focused publications that put together similar “best of” restaurant lists. But it also pushes people to experience the power of meal with a social conscience, one that not just tastes good, but does good.

“In my family, food has always been something that brings us together. Our logo, the okra pod, reminds me of my father, and how he would take me on vacation to South Carolina to visit my great grandparents and my great grandmother would cook stewed okra for him. So in our community food is a representation of that, and we wanted to capture that in the app,” explains Janique.

Today, the couple is focused on building their business so that EatOkra becomes more than just a directory. Anthony hopes to add a “feed of stories” to the app, which will highlight the background of certain restaurant owners, the dishes that they prepare, and the community in which they exist. He also plans to sell the condiments that some restaurant owners make on the app, giving them yet another platform to build notoriety and, ideally, financial support from a greater portion of the public.

“Our app doesn’t solve all of those problems,” says Janique. “Racism is systemic, and individual support can’t solve every single problem for Black-owned businesses. But [EatOkra] is a tool that can get people to be more aware, and more intentional, of who they support.”