Everyone is buzzing about the competition to build Notre Dame’s damaged roof, but meanwhile, another competition has been underway to redesign the area surrounding the Eiffel Tower, and a winner has just been announced. Gustafton Porter + Bowman was selected as the winner from a total of 42 entries, with the aim of creating a landscape in line with Paris’s resilient, inclusive, and environmentally oriented mission.

Gustafson Porter + Bowman’s plan, called OnE, will cost over $44 million and is scheduled to be completed by 2023. The design calls for a unifying axis wherein the Eiffel Tower sits at the center of a line connecting the Place du Trocadéro, the Palais de Chaillot, the Pont d’Iéna, the Champ de Mars, and the Ecole Militaire. Along a central green axis, a series of landscapes will interlock, including an amphitheater of greenery, a reimagined public space in front of the Varsovie Fountains, a green promenade leading toward the gardens of the Eiffel Tower, and additional services and facilities around the tower itself. 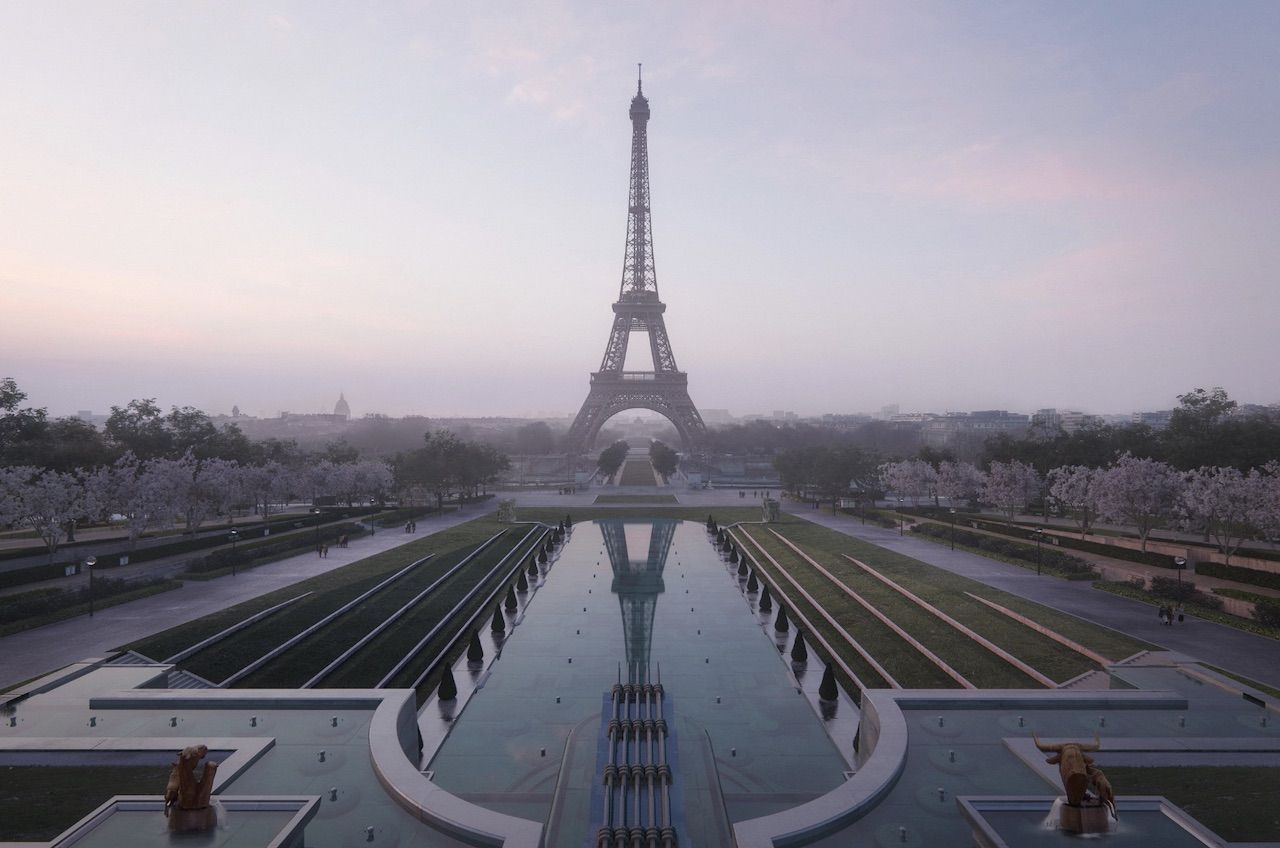 The competition has been particularly meaningful to lead architect Kathryn Gustafson who studied in Paris. “Every day I passed the Eiffel Tower, on my way to a school where I was immersed in the great historic landscapes of Versailles,” she said. “The Eiffel Tower reminds me that patrimony means leaving something better for future generations. Our proposal unites a celebration of history with an enhancement of the future.”

The design is intended to combine the artistic style of classical French gardens with more modern biodiversity. It will also create plenty of space for events.

Gustafson Porter + Bowman said, “OnE embodies the international character of the site; it connects not only the site from West (Trocadéro) to East (Joffre)… OnE represents the interconnections on this site between the West and East of the world: one humanity, one planet. Therefore, OnE encapsulates a unified environmental approach towards the future.”

Dessert7 Mouth-Watering Pastry Shops You Must Check Out in Paris
Tagged
Art + Architecture News National Parks
What did you think of this story?
Meh
Good
Awesome