India is about to send four elephants on a rather uncomfortable, 1,926-mile train journey, and animal rights activists, among others, aren’t happy about it. The Assam state government is sending the elephants from Tinsukia (in the very northeast part of the country) to Ahmedabad (in the west), across the entire country, to participate in the Rath Yatra ritual at Jagannath temple. However, activists argue that the three-to-four day journey could be hazardous for the elephants, potentially even resulting in their deaths. 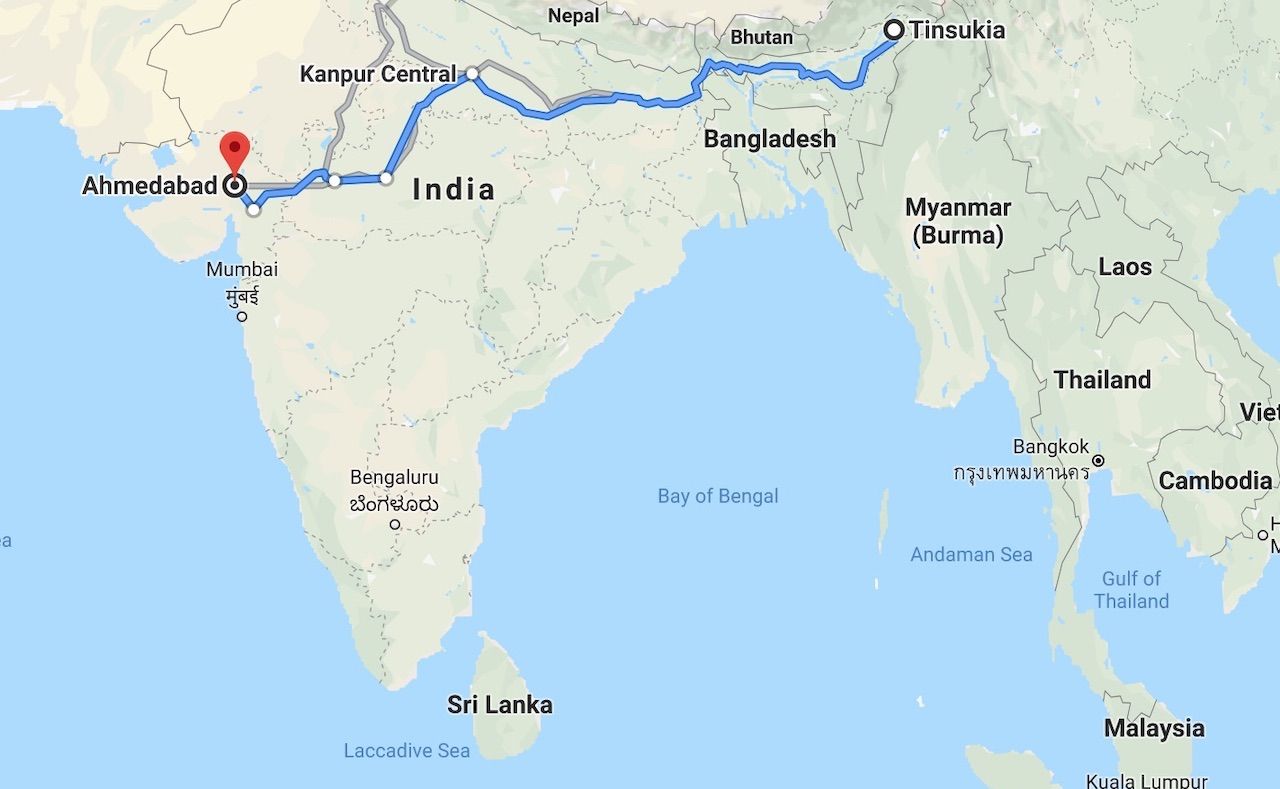 Temple trustee Mahendra Jha told the BBC that the temple had decided to borrow the elephants from Tinsukia for a period of two months following the death of three of their own elephants last year. Unfortunately, this “borrowing” act isn’t as simple as it may sound.

“Most of north-western India is reeling under a heatwave. There have been reports of people dying from heat during train journeys,” said Kaushik Barua, a wildlife conservationist. “The wagon in which the elephants will be transported is not climate-controlled. It will be hitched to a passenger train which will be travelling at a speed of 100km/h (62mph), so can you imagine the plight of the animals?”

“They can suffer from heatstroke, from shock, and even die,” Barua added.

Elephants are a protected species in India and there are laws surrounding their transport. No elephant can be forced to walk for over 18 miles at a time, or transported for over six hours at once. Guarav Gogoi, a congressional MP from Assam, is even petitioning the country’s environmental minister to intervene.

Assam’s wildlife officials are reportedly discussing a plan B for their transport, in the wake of the controversy.

Travel3 Reputable Elephant Sanctuaries in Thailand
Tagged
News Wildlife
What did you think of this story?
Meh
Good
Awesome